The Kbs wz.96 Beryl was adopted by the Polish Army in 1997 as a replacement for the Soviet-era AKM and similar automatic weapons then in service.

Authored By: Staff Writer | Last Edited: 07/20/2018 | Content ©www.MilitaryFactory.com | The following text is exclusive to this site. 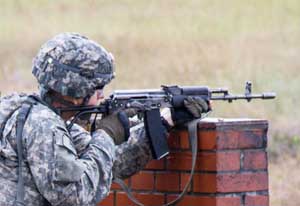 In the 1980s, the Polish Army began development of a new assault rifle whose form continued that of the classic Kalashnikov AK-47. Chambered for the Soviet 5.45x39mm cartridge, this weapon became the Kbk wz. 1988 "Tantal" and was adopted as the standard infantry assault rifle of the Polish Army with some 25,000 units following in production. However, with the fall of the Soviet Empire in 1991 and the subsequent acceptance of Poland into NATO in 1999, the search for a new automatic weapon chambered for the 5.56x45mm NATO-standard cartridge began and this work led to the Kbs wz. 1996 "Beryl" series which was introduced in 1997.

Development of the new rifle originated in the early 1990s but gained considerably more steam during the middle part of the decade as engineers of Lucznik Arms Factory (Radom) took the basic wz. 1988 Tantal workings and modified them for the 5.56mm cartridge requirement. A first batch of rifles appeared in 1995 and were tested to the extreme resulting in subsequent evaluations which cleared the way in 1996 for formal adoption of the weapon. Serial production commenced in 1997but it was not until 2011 that the wz. 1996 was finally standardized in the inventory of the Polish Army, replacing the former Tantal design and other Soviet-inspired automatic weapons then in circulation.

At its core, the assault rifle features the definitive external lines (though accordingly modernized) established decades ago by the classic AK-47. Its receiver is large and rectangular and the gas cylinder sits over the barrel with the barrel running a good distance ahead underneath. A two-piece forend is featured to assist and protect the forward support hand when firing. The curved AK-style magazine is featured under the receiver and ahead of the trigger unit in the usual way. A wire strut shoulder stock is typical and can hinge over the receiver side to promote a more compact profile. Iron sights are fitted as standard though the receiver also supports the mounting of optics thanks to use of a small section of Picatinny rail featured. A bipod affixed to the barrel ahead of the gas cylinder turns the Beryl into a something of a light squad support weapon. The flash hider can also launch rifle grenades and the lower handguard is designed in such a way so as to support the mounting of a 40mm, single-shot, Under-Barrel Grenade Launcher (UBGL) - decidedly broadening the tactical reach of the base Polish infantryman. A field bayonet, which can be fitted to the weapon, is also issued with the standard wz. 1996 weapon kits.

The cartridge feed system of the Beryl utilizes 20- or 30-round curved plastic box magazines and a special adapter allows the weapon to feed from M16-style STANAG magazines. Despite the wz. 1996's origins by way of the wz. 88 Tantal, the Tantal's magazines are not interchangeable with the new weapon. While primarily chambered for the 5.56x45mm NATO cartridge, the line has gone on to see two other major forms appear through the Beryl M545 and the Beryl M762 - no doubt introduced to help broaden the weapon's mass market appeal. These two variants are chambered for the 5.45mm and 7.62mm cartridge respectively. The wz. 2004 is another variant with a broadened tactical design nature featuring a new lightweight, folding shoulder stock and extensive use of Picatinny rails for tactical accessories support including a vertical foregrip. As with all modern assault weapon systems, the base wz. 1996 Beryl full-length weapon has also been modified to fulfill the assault carbine role by use of a shorter barrel and shortened forend assembly. This model is appropriately known as the "Mini-Beryl" and was introduced in 1997 as well.

While some 65,000 total wz. 1996 guns have been taken on by the Polish Army to date, the weapon has also been adopted by Lithuanian special forces and the general Nigerian Army. The rebuilding army of Afghanistan was reportedly given thousands of wz. 1996 rifles by Poland. The weapon has seen a fair share of combat service in Iraq and Afghanistan with Polish, Lithuanian, and Afghani forces.

Despite its continued usefulness, the future of the wz. 1996 in the Polish Army inventory is already in some doubt today (2015) as the MSBS-5.56 Radom assault rifle is being considered for future standard issue. This modular-minded weapon (detailed elsewhere on this site) is being offered in a standard configuration and a bullpup form. It is more or less a conventional design chambered for the 5.56x45mm NATO cartridge feeding from a 30-round curved magazine, features extensive Picatinny rail support, and operates from a gas action through a short-stroke piston and rotating bolt.
Advertisements


20- or 30-Round Detachable Box Magazine 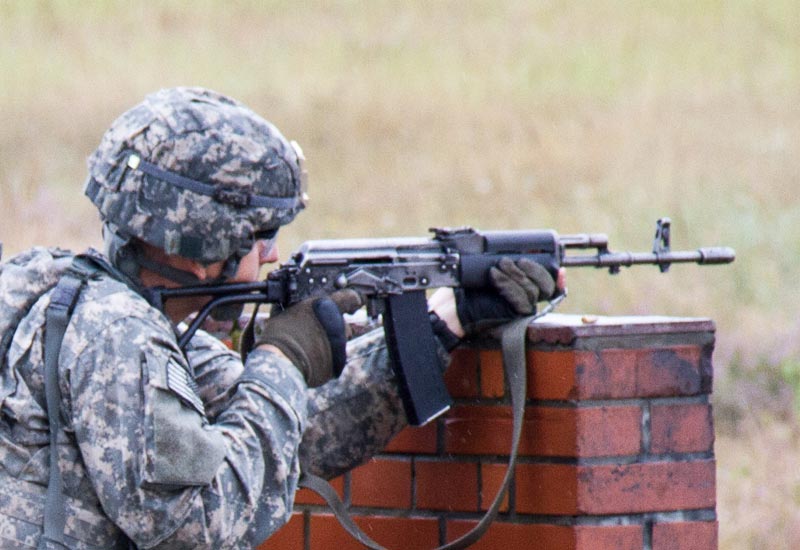 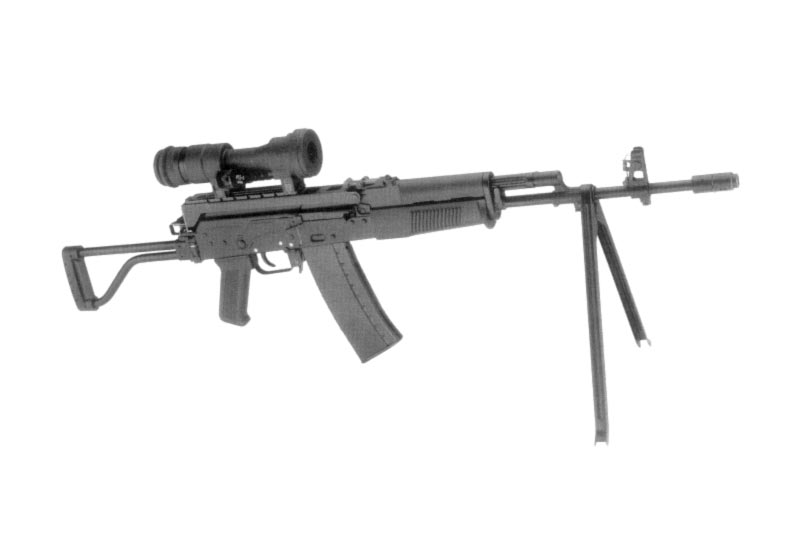 Image from the Polish Ministry of Defence website.
❮ ❯