The F88 Austeyr is nothing more than the successful Austrian Steyr AUG bullpup assault weapon with changes made to suit Australian Army needs.

Authored By: Staff Writer | Last Edited: 02/04/2019 | Content ©www.MilitaryFactory.com | The following text is exclusive to this site. 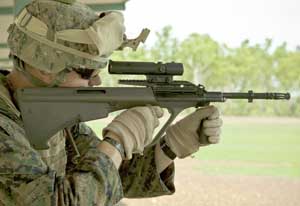 The F88 Austeyr is the Australian Army equivalent of the Austrian Steyr bullpup assault rifle (AUG A1) used the world over. The automatic weapon utilizes the same form and function save for a few changes to suit Australian Army needs. The weapon retains the universally identified Steyr AUG "bullpup" arrangement in which the action and feed are concentrated aft of the pistol grip. In this way, a more compact silhouette is achieved, allowing the weapon to make use of a full-length barrel in the process. Construction is of heavy-duty metals with lightweight plastics to ensure a sound, portable weapon system for the Australian frontline warfighter. The F88 is the standard service rifle for the Australian Army, having been selected over the competing Bushmaster M17S semi-automatic bullpup rifle detailed elsewhere on this site. F88s are manufactured locally under the Thales Lithgow Small Arms Factory brand label.

The F88 differs from its Austrian counterpart in several ways: it has improved support for the NATO-standard SS109 and M855 cartridges through barrel rifling mimicking that as found on the American M16A2 series and also features a full-automatic disabler, support for bayonet mounting (by way of an integrated lug) and a 1.5x power optics set over the receiver (the support structure for the optics doubles as the carrying handle).

Original F88 production marks were designated as "F88 Austeyr" to which then followed the F88C which was a carbine assault model with a 16" length barrel. The F88S-A1 brought about use of a Picatinny rail section over the top of the receiver, effectively replacing the standard 1.5x power sight and allowing broader use of non-standard optics and accessories. The F88S-A1C was the carbine version of the F88S-A1 with the Picatinny rail and retaining the 16" barrel length. The F88 GLA became a grenadier model fitted with the American 40mm M203 Under-Barrel Grenade Launcher (UBGL) unit complete with sighting equipment while lacking the bayonet support of the original. The F88T became a .22 caliber variant intended for infantry shooter training. The F88S-A2 appeared in 2009 as an overall improved F88 form complete with improved gas operation, a lengthened Picatinny top rail section, broadened forend accessory support, a larger ejection port for improved case clearance, and a new desert-color barrel scheme to differentiate the type.

As it stands, the F88's replacement may already be underway. The "Enhanced" F88 (EF88) is a component of the "LAND 125 Soldier Combat System" program which is currently evaluating a modern successor to the F88 (though based on the F88-A2 itself). Various component changes have been implemented to improve the weapon's tactical value, reliability, weight and accuracy. The export derivative of the EF88 is marketed under the "F90" designation with support from Thales Group. The F90 has been mentioned as a replacement for the French Army's FAMAS line.
Advertisements 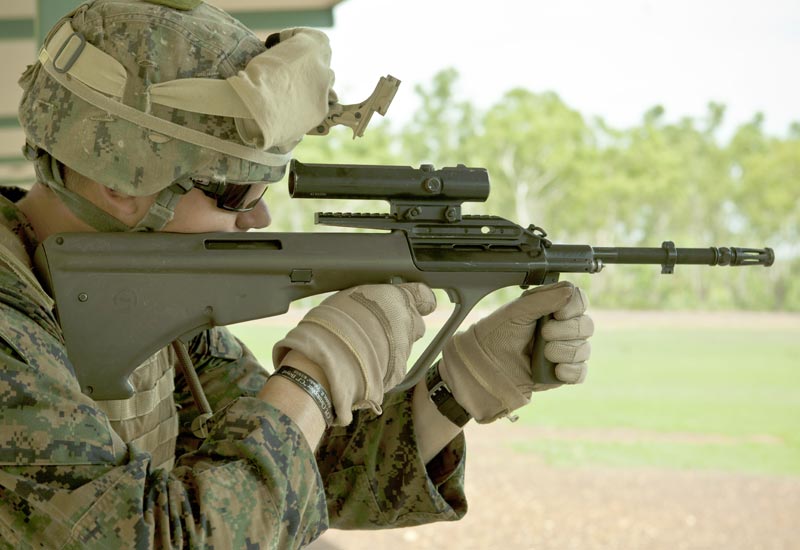 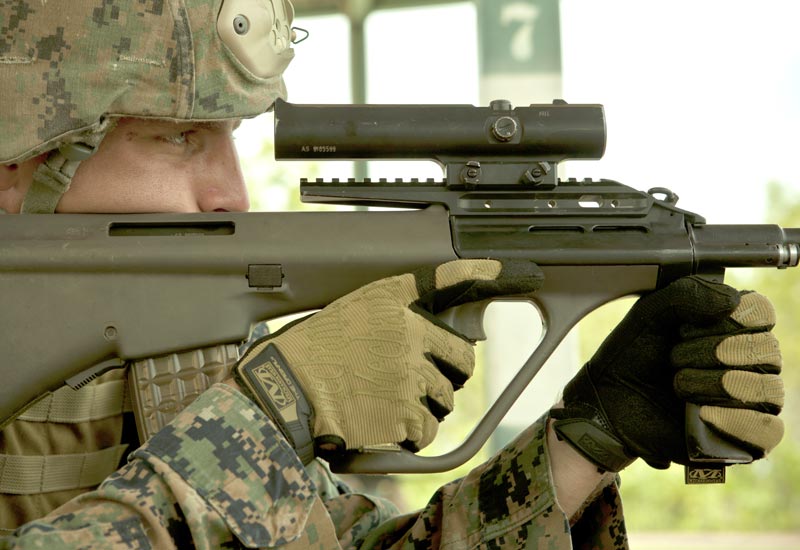 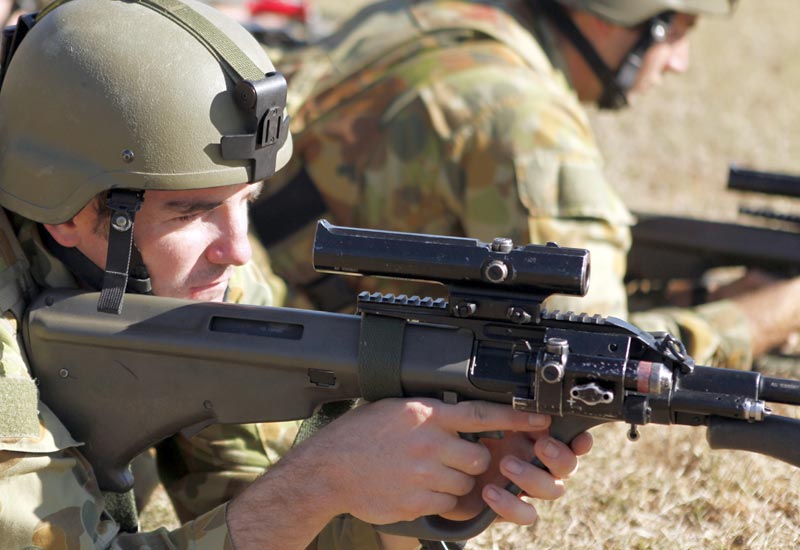 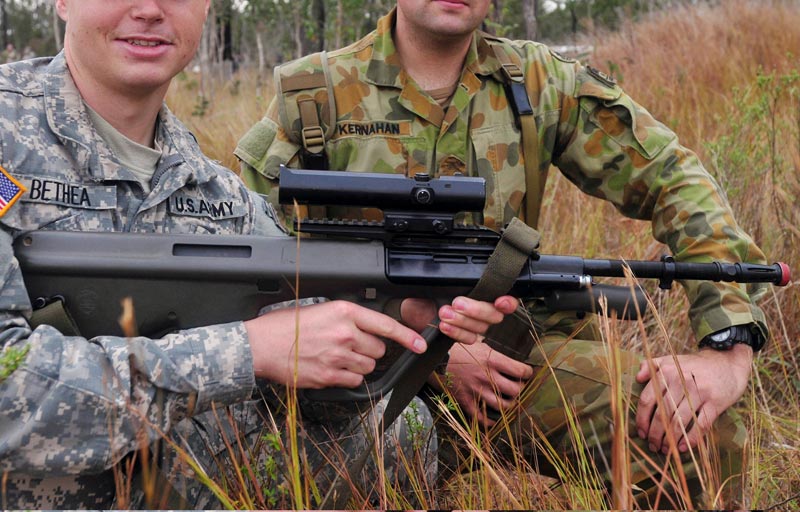 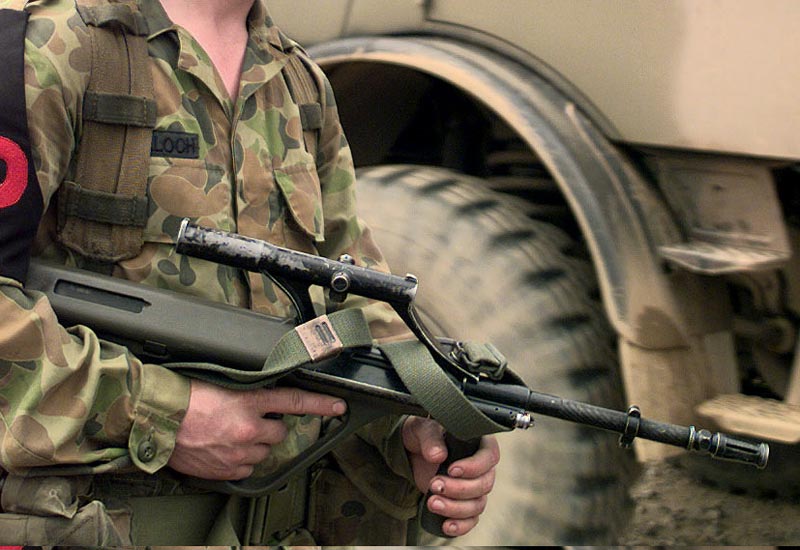 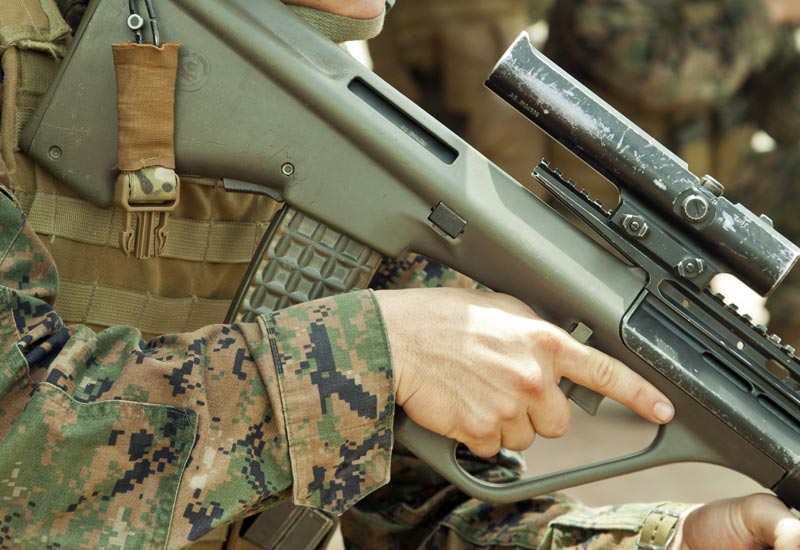