The FN CAL of Belgium failed to find many takers in its attempt to become a popular 5.56mm assault rifle.

Authored By: Staff Writer | Last Edited: 08/19/2016 | Content ©www.MilitaryFactory.com | The following text is exclusive to this site. 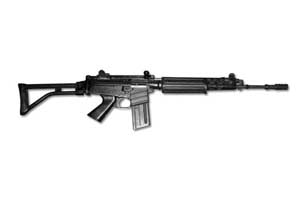 In 1962, the United States adopted the famous M16 assault rifle and, along with its selection, came widespread use of the accompanying 5.56x45mm NATO cartridge. The 5.56mm intermediate line joined the full-power 7.62x51mm as NATO's standard ammunition set for automatic weapons. When American went to war in Vietnam, it showcased the M16 heavily and this proved the intermediate cartridge a sound investment. Gunmakers around the globe observed the battlefield events and several came to the conclusion that there was a market need for similar 5.56mm rifle systems.

Fabrique Nationale of Belgium set about designing such a firearm. By this time, it had already seen considerable success with its famous FN FAL series (chambered in 7.62x51mm NATO) which was accepted by many participating NATO and non-NATO armies of the world. The same basic form and function was utilized in a dimensionally smaller automatic weapon system and this came to be the FN CAL ("Carabine Automatique Legere") of 1966.

Design work on the rifle began in 1963 and spanned into 1966. Production then started soon after under the FN Herstal banner to which some 30,000 of the type were eventually delivered from 1966 to 1975. Chambered for the 5.56x45mm NATO cartridge, the CAL was a gas-operated weapon utilizing a rotating bolt action (unlike the FAL and its tilting breechblock). As in the FAL, the CAL's gas cylinder was fitted over the barrel and primary feeding was by way of a 20-round, straight detachable box magazine. Iron sights were accordingly standard. The receiver was very clean with a right-side mounted charging handle (unlike the FAL's left side approach). The forend was given a tubular handguard which most of the gas cylinder and nearly all of the barrel. A perforated muzzle brake capped the barrel. Sling loops were affixed under the barrel and at the buttstock. The buttstock was of solid plastic or twin-strut skeletal - in the latter this was hinged to fold over the receiver for a more compact profile. The pistol grip was ergonomically angled in the usual way with the trigger group just ahead. The magazine well was then seated just ahead of the trigger group. Early CALs were completed with fire selector allowing for semi-automatic single-shot, a three-round burst function and full-automatic fire.

Once in practice, the CAL suffered from high procurement costs, owing much to the high quality construction and finish afforded to most Fabrique Nationale products. Additionally, the rifle was found to be difficult to field strip and maintain on a regular basis with some issues also centered on long-term reliability. The CAL eventually found few buyers in a now-crowded market - these becoming Gabon, Lebanon, Mexico and Morocco - and all this led to its dropping from the Fabrique Nationale line offering after 1975. Its relative commercial failure led to a simpler, more refined and less expensive cousin in the FN FNC of 1978 detailed elsewhere on this site. The FNC did much better from a sales standpoint, becoming a standard-issue assault rifle of the Belgian Army, while being adopted by no fewer than eight other world powers including Sweden.
Advertisements

*May not represent an exhuastive list; calibers are model-specific dependent, always consult official manufacturer sources.
**Graphics not to actual size; not all cartridges may be represented visually; graphics intended for general reference only.
Rate-of-Fire
850
rds/min
Muzzle Velocity
3,200 ft/sec
(975 m/sec) 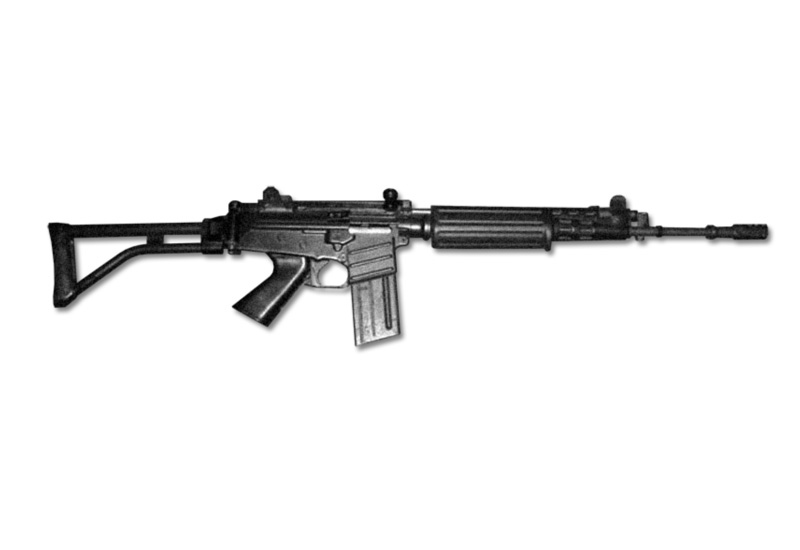