The APS was specifically designed from the outset as an assault rifle that could fire a 5.66mm dart from its 26-round magazine. 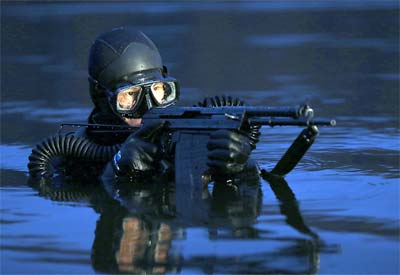 Since special infantry elements require special weapons to achieve their given tasks, Soviet engineers designed the APS ("Avtomat Podvodny Spetsialny" = "Special Under Water Assault Rifle") to meet the needs of Soviet frogmen charged with countering the threat posed by underwater enemies such as the Navy SEALs of the United States. The design challenge lay in creating a weapon that could also retain some killing power on dry land which resulted in the selection of a gas operated system with a rotating bolt arrangement not unlike the original Kalashnikov AK-47. In order to succeed in its primary role of firing underwater, the weapon was chambered for a unique fin-stabilized dart/bolt as opposed to traditional cartridged ammunition. The metal dart measured nearly 5 inches long (its caliber officially listed as "5.66x39mm MPS") and sported a pointed head and bulged rear (representing the cartridge). The cartridge's specifications were akin to that of the Soviet 5.56x45mm round. The bolts were fired through a repeating action and down a smoothbore barrel assembly (as opposed to a rifled one). The end result was the APS which has been notably used by SPETSNAZ special forces since its inception.

Externally, the APS is highly recognizable primarily due to its oversized magazine which is required by the stacking shape of the metal darts. The receiver is rectangular in its appearance and features a fixed angled pistol grip with trigger unit at the rear. There is an extendable twin-strut wire buttstock affixed for shoulder supporting - its collapsible nature ensures a compact weapon for underwater movement. The butt slides along two channels to either side of the receiver. The gas system is fitted over the barrel as in the Kalashnikov family of automatic weapons. The barrel extends a short distance ahead of the gas cylinder. Overall length with the butt extended is 32.5 inches and 24 inches when collapsed while overall weight is a manageable 5lbs when empty and approximately 7.5lbs when loaded.

The weapon's range is inherently limited in water and on land because of the specialized darts it fires. Maximum underwater range just over 30 feet though environmental factors such as depth come into play. On land, the weapon can reach out to ranges of 330 feet though accuracy degrades rather quickly - the internal makeup of the barrel is smoothbore and the metal darts are not entirely designed for ground-based warfare. Muzzle velocity (through the air) is roughly 1,200 feet per second. The APS makes use of a 26-round plastic detachable box magazine which adds much drag in underwater movement.

The APS rifle has been produced under the brand labels of Tula Arms Plant and TsNIITochMash since 1975. Design of the weapon is attributed to Vladimir Simonov. Soviet underwater forces were also issued specialized underwater-firing pistols during the Cold War years - though of equally limited range. The APS was eventually replaced by the more modern ASM-DT rifle which entered service in the new millennium - also produced by the Tula Arms Plant though now for the Russian Army in 5.45x39mm chambering (still retaining the gas-operated action and 26-round magazine).
Advertisements 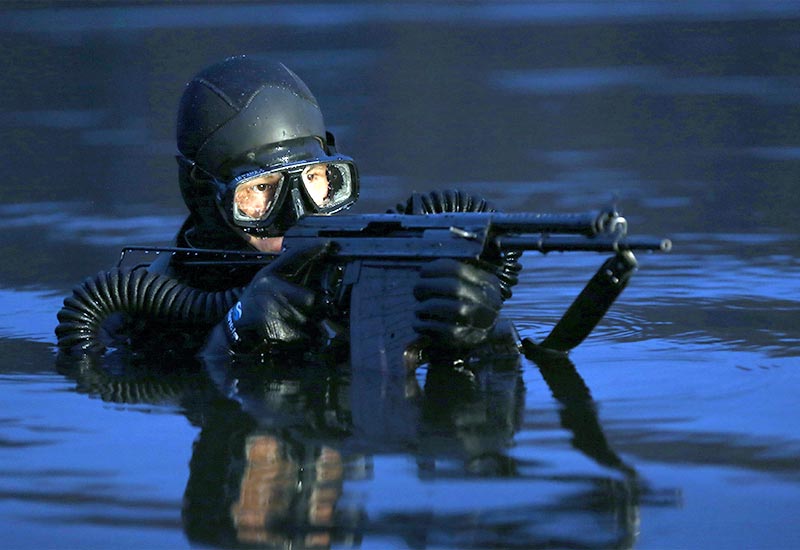 Image from the Russian Ministry of Defence.
2 / 2 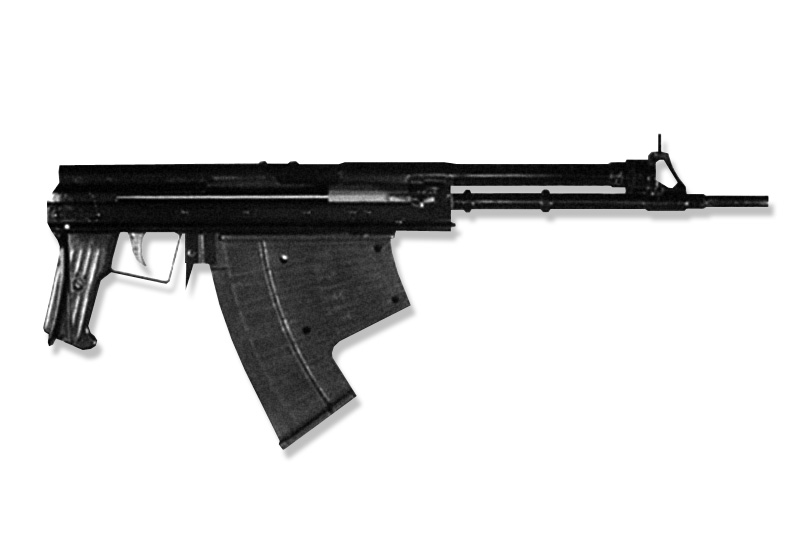