Authored By: Staff Writer | Last Edited: 08/02/2020 | Content ©www.MilitaryFactory.com | The following text is exclusive to this site. 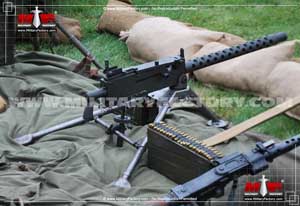 Like many of the infantry weapons made available to American servicemen of World War 2 (1939-1945), the Browning M1919 shared the common history of having been developed - or having stemmed from a development - originally conceived of or produced during World War 1 (1914-1918). The M1919 was no exception as it appeared in its original water-cooled form as the Browning M1917. This weapon largely mimicked the lines established by the Hiram Maxim design and followed by the British Vickers 0.303 series. All were water-cooled inventions and required use of a heavy tripod for proper support in-the-field. 68,000 of the M1917 were produced before the end of the war in November of 1918.

Water-cooling was an essential part of early machine gun technology. The rate at which these guns fired was so high that the heat generated could lead to barrel warping or fracturing. Water was pumped in through a canister connected to the machine gun by way of flexible hose. The gun's barrel was shrouded over in a barrel jacket which dispensed the water about the barrel's length, helping to keep it cool. So lone as a steady supply of cool water was had (replenishment was a key requirement), the gun could maintain a steady rate-of-fire without issue. Modifications to the base M1917 design were made into the 1920s and 1930s.

With the desire to make a more universal machine gun based on gas-operated recoil and - more importantly - air cooling, the Browning M1918 emerged sans the water-cooling function and the heavy barrel jacket. Other lightening initiatives were instilled while the original form and function were retained - including the .30 caliber rifle chambering.

From this work spawned the Browning M1919 which was originally devised as a standardized tank/vehicle machine gun for service in World War 1. However, the design was far from ready and only appeared in the post-war years. The series now featured a heavier barrel and this replaced with a perforated jacket for air cooling. Other changes produced a lighter weapons system that could be installed on tanks/vehicles as well as aircraft. The M1919A1 was developed for use on the Mark VIII series of tanks - the joint post-war British-American tank that retained the lozenge-shape form of the earlier British offerings. The M1919A2 was a lightened battlefield form intended to stock the inventory of mounted cavalry units. It was issued with a more compact tripod assembly and designed for travel by way of pack animal and wheeled carriage. Additional work then produced the M1919A3, a general purpose infantry-minded variant which served largely as the prototype form for the definitive M1919 mark - the M1919A4.
Advertisements

The M1919A4 was designed for use as both a fixed vehicle/aircraft weapon or on a trainable pintle/tripod mounting for flexible fire. The type was a fixture in World War 2 (1939-1945) combat as it made up the defensive positions aboard classic bomber aircraft such as the Boeing B-17 Flying Fortress and Consolidated B-24 Liberator heavy bombers. On the whole, these weapons remained largely faithful to their origins and retained the simplified air-cooled feature with perforated barrel jacket. Infantry-level forms were issued with a lighter-weight tripod and ammunition pack which held the belted ammunition stocks. A crew of two typically operated the weapon - a loader and gunner - while others could be brought into play for ammunition management and resupply while also carrying the tripod into action. The M1919A4E1 appeared in the post-war years and differed only in the implementation of a slide retracting mechanism. From there came the M1919A5 designed with the Stuart M3 Light Tank in mind (with bolt-retracting slide feature) and the M1919A6 - a portable infantry-minded form with bipod, lightweight barrel, carrying handle, conical flash suppressor, and wood shoulder stock.

The M37 was a dedicated tank machine gun with left- or right-hand side feeding for metallic belt links and an ejection chute being added. The M2 was an aircraft machine gun with a revised retracting mechanism. Operation was through a solenoid arrangement. These guns also appeared in a flexible-mount form and were thusly issued with spade grips for aiming.

The Browning M1919 machine gun survived beyond the war years in its various forms to see extensive exportation to American allies abroad. It saw combat service in both World Wars, the Korean War, the First Indochina War, the Vietnam War, and other more regional conflicts that dotted the 20th Century. It was produced from 1919 until 1945 to the tune of some 5 million examples. Operators ranged from Argentina and Australia to Uruguay and Vietnam. The weapon was highly valued, dependable, and reliable under the worst conditions of war - ensuring it a healthy service life that, in some parts of the world, still continues today (2014).
Advertisements

*May not represent an exhuastive list; calibers are model-specific dependent, always consult official manufacturer sources.
**Graphics not to actual size; not all cartridges may be represented visually; graphics intended for general reference only.
Rate-of-Fire
400
rds/min 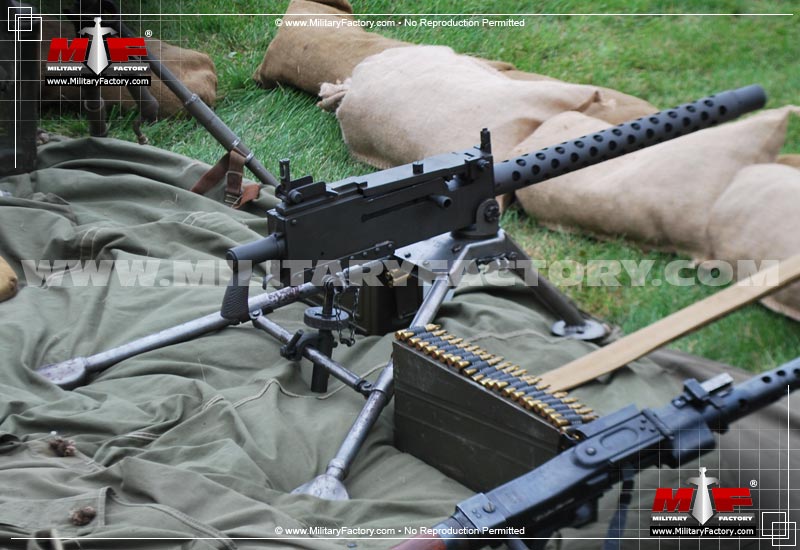 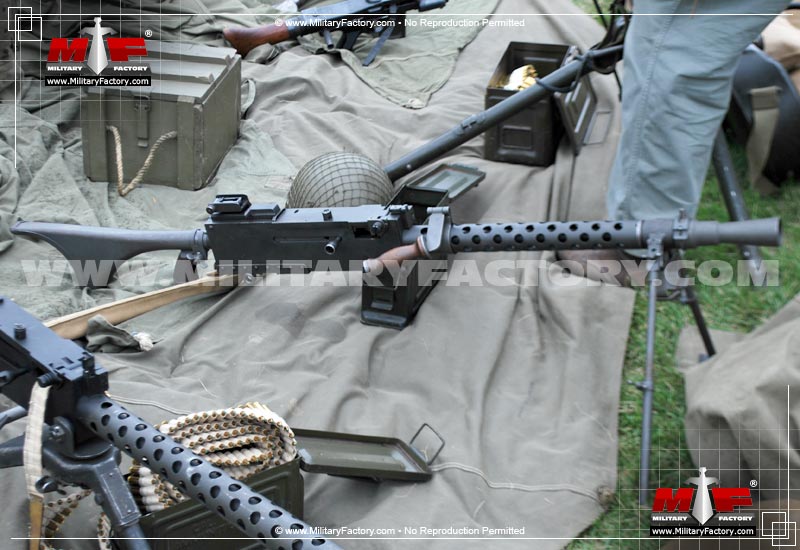 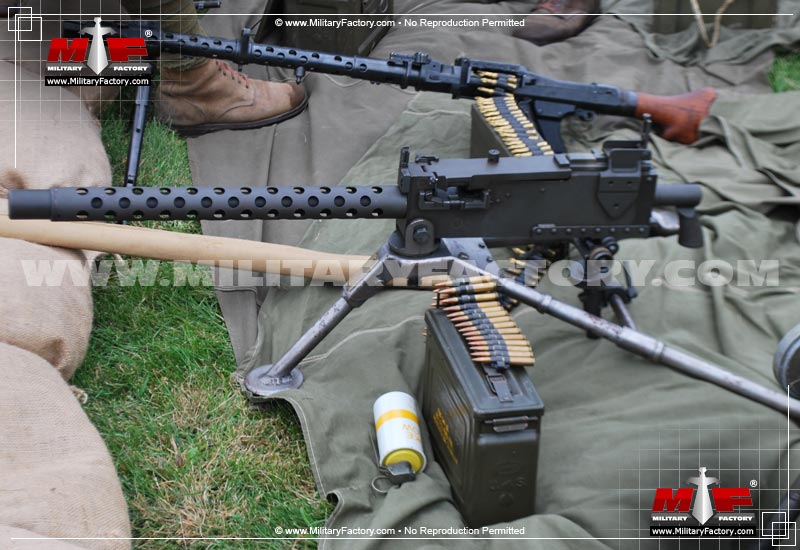 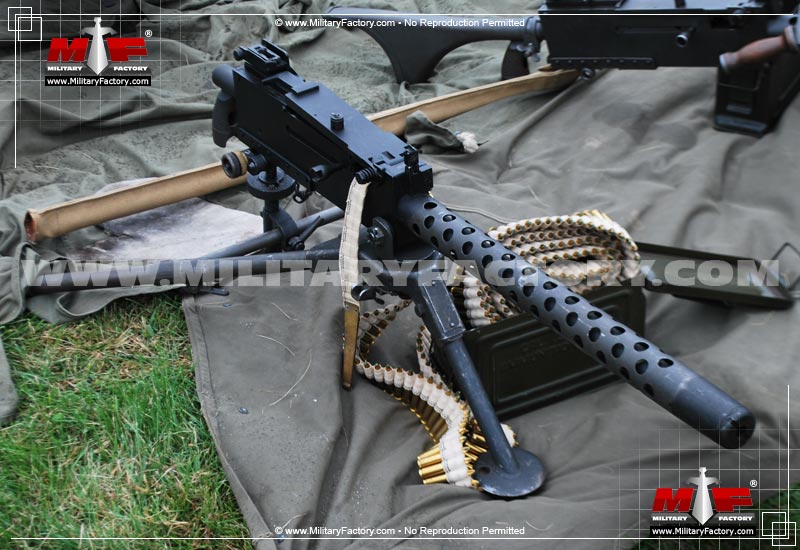 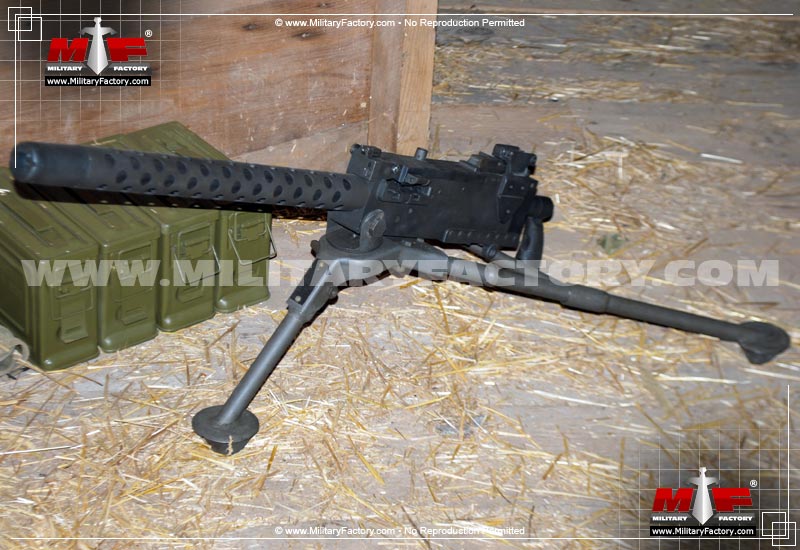 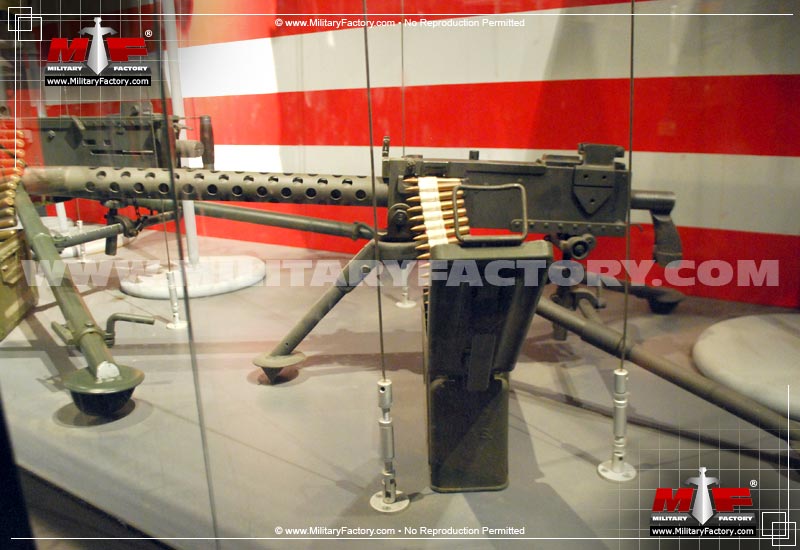 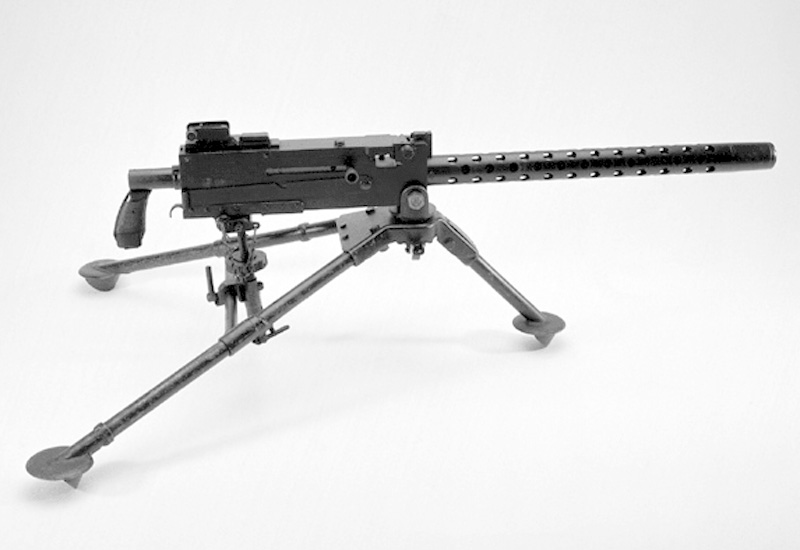