Despite an appearance more akin to the Soviet SVD Dragunov, the Romanian PSL is actually more closely associated with the Soviet RPK Light Machine Gun. 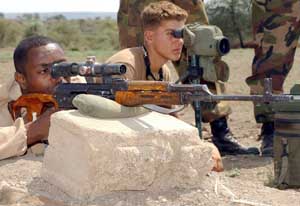 While bearing an external appearance to that of the Soviet-era SVD Dragunov sniper rifle, the Romanian PSL is actually based on the Kalashnikov family of automatic weapons beginning with the venerable AK-47 and is categorized as a "designated marksman rifle" (DMR). The designated marksman rifle category sits between that of assault rifle infantry and sniper personnel to which the designated marksman of the squad can engage targets at range with a semi-automatic action and multi-shot magazine. The PSL has identifying features that more closely associate it with the Kalashnikov RPK Light Machine Gun which was developed in the late 1950s alongside the modernized AK-47 form - the "AKM".

Like other Soviet-era related long-range weaponry, the PSL makes use of the Soviet/Russian 7.62x54mmR rifle caliber rimmed cartridge and is fed by a 10-round spring-loaded detachable box magazine. The firing action is a tried-and-true gas operation utilizing a long-stroke piston with a rotating bolt. As such, the PSL is designed for semi-automatic fire which applies certain advantages in-the-field over that of traditional sniper-minded, manually-actuated, bolt-action rifle systems. A trained shooter can fire up to 30 rounds per minute with steady management of the magazine supply. The LPS-4 sight optic is something of a standard issue fixture and features a Tritium illuminated reticle though traditional iron sights back the optics placement should it become damaged or removed. The optics mount along two points to the left side of the receiver which still free the iron sights for standard use. Effective range of the weapon is approximately 1,000 meters though ranges in the miles have been achieved with success.

Externally, the PSL is conventional in its layout and, like other Soviet-inspired weaponry, sports impressive wood furniture at the stock and forend. The stock is "hollowed" to integrate fully into the adjoined pistol grip design and allow use of a gloved hand through the large stock loop. The stock is also visibly shorter in length than that as seen on the Dragunov series. A rubber pad is fitted to the end of the fixture for increased comfort at the shoulder. The receiver is completed in true Kalashnikov-style with relatively featureless slab sides. The cocking handle and ejection port are set to the right side of the gun body which favors right-handed shooter. The trigger unit is slung under the receiver to which the magazine well is fitted just ahead. The magazine is a short metal assembly and clearly marked with two vertical lines along with an "X" on its sides. Ahead of the receiver is a two-piece wooden forend that is slotted in the Dragunov style and surrounds portions of the top-mounted gas cylinder and low-set barrel assembly. The barrel protrudes a long length ahead of the receiver and is capped by a slotted muzzle brake with a forward iron sight clearly identifiable. The rear iron sight found on top of the receiver rear is adjustable. Overall, the PSL is an elegant weapon and of proven pedigree for the rigors of the modern battlefield.
Advertisements

In practice, the PSL has certainly presented itself as a most serviceable firearm. Like other Kalashnikov-pattern automatic weapons, the PSL requires little training on the part of the operator meaning even recent conscripts can be issued the weapon in number. This sort of usability immediately makes it a "fan-favorite" for organized groups of militia, rebels and terrorists alike. The operation of the weapon is as conventional as it gets while the scope requires little training to use even for slight effectiveness. Maintenance requirements are minimal making for a robust and reliable end-product worthy of the Kalashnikov lineage. The PSL operator can therefore serve well away from his home base with little support, serving at the squad level or be left to his own work as a sniper-type element. The repeating fire nature of the weapon plays up to its strengths particularly in follow-up shots. A pair of such marksman, successfully concealed, can wreak havoc on an unsuspecting patrol in a matter of minutes. In another scenario, the marksman can move into position to engage foes at distance while his squad suppresses the enemy's actions.

Several civilian forms of the PSL have entered circulation, particularly in the United States - some chambered to fire the .308 Winchester cartridge. Beyond Romanian Army use, the PSL is known to be in the inventory of Bangladesh and Ethiopia. It has also since been introduced into the inventories of the rebuilding Afghanistan and Iraq armies.
Advertisements 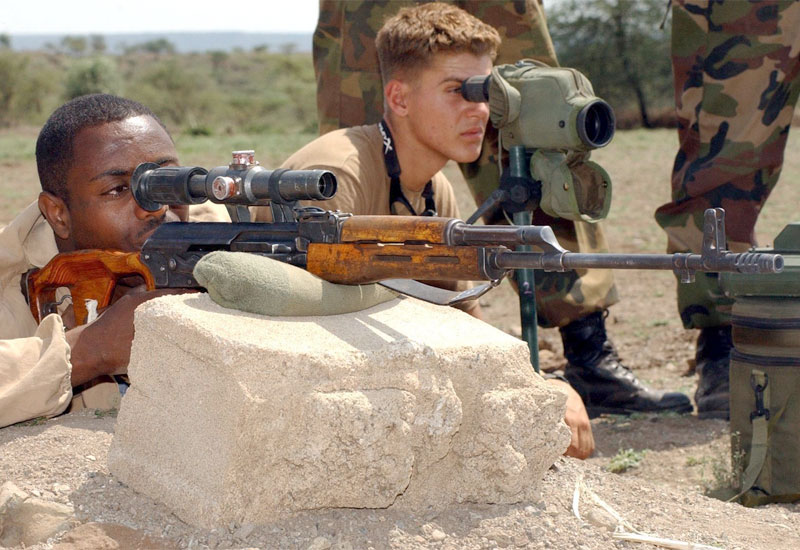 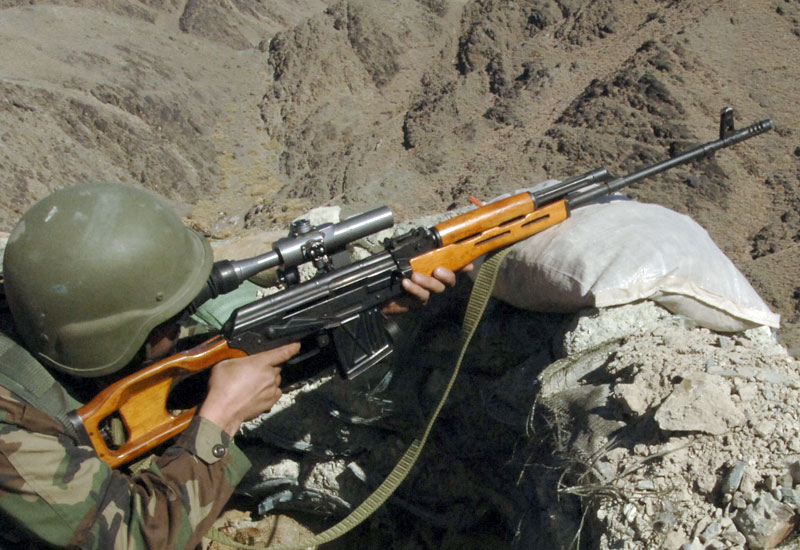 A Afghan soldier trains with his PSL Rifle
3 / 3 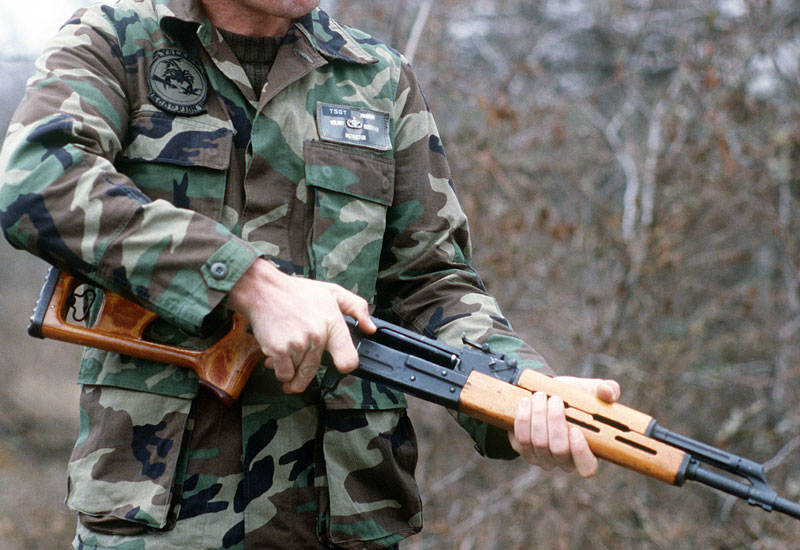