Despite a relatively short service life with the British Empire, the Lee-Metford was produced across several major variants.

Authored By: Staff Writer | Last Edited: 07/01/2018 | Content ©www.MilitaryFactory.com | The following text is exclusive to this site. 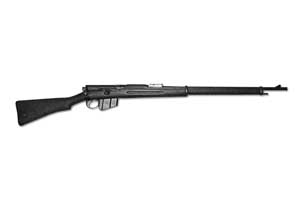 After nearly a decade of development and trials, the British Army adopted the Lee-Metford (or "MLM" for "Magazine Lee-Metford") repeat-fire, bolt-action rifle as its standard service rifle. This model replaced the outgoing Martini-Henry series which itself was adopted in 1881. The Martini-Henry held the key limitation of being a single-shot system but still managed a 30-year existence under British service. The new Lee-Metford relied on a manually-actuated bolt-action system and proved itself a finer design by mating the bolt-action system of James Paris Lee with a rifled barrel developed by William Ellis Metford. The weapon was chambered for the Cartridge .303 Mk I (.303 British) though, at this point in history, still relied on black powder propellant. It was, however, originally intended to use a new cordite-based cartridge but when these entered a protracted development period, black powder rounds were substituted. Production of Lee-Metfords was handled out of Royal Small Arms Factory (RSAF) of Enfield Lock.

The Lee-Metford design was a considerable upgrade to the outgoing Martini-Henry primarily in its use of a detachable box magazine which held eight ready-to-fire cartridges providing the everyday infantryman with a good amount of firepower. The action was appropriately contained in its general arrangement, allowing quicker access to the bolt-handle from the trigger area. Additionally, the normal 90-degree turn of competing designs was reduced to a faster 60-degree turn in the Lee-Metford. A trained warfighter, theoretically, could provide a higher volume of fire - up to 20 rounds per minute with a muzzle velocity of about 2,040 feet per second and a maximum listed range of 1,800 yards (effective range was closer to 800 yards). Sighting devices on the rifle changed throughout its production life as did barrel types. Overall length was 49.5 inches (longer with bayonet affixed) with a barrel measuring 30 inches long.

While adopted in 1888, the Lee-Metford had actually entered production back in 1884 and continued in manufacture until 1896. The rifle appeared in British Army nomenclature as the "Rifle, Magazine, Mark I", Mark I used to signify its first production form (it would later be redesignated in 1891 to "Rifle, Magazine, Lee-Metford Mark I"). Original sights included a front block assembly with a grooved slot coupled with the rear square notch fitting. In this way, the rifle was ranged between 300 yards to 1,900 yards. It also included an extended ranging device along the side of the stock for ranges spanning 1,800 yards to 3,500 yards (this known as "Extreme Range Sights"). Muzzle velocity was listed at 2,200 feet per second.

The Mark I was then followed in issuance by the Mark I* (note asterisk) and this designation signified several changes: the safety catch on charging system was deleted and a new handguard was installed. The bolt spring was reduced in the number of coils used - from 39 to 32 - and, similarly, the magazine spring saw its an increase from three coils to four. Identifying regimental brass discs were now introduced at the shoulder stock. The front sight was modified to a blade-type assembly from the original's block form. To coincide with the modification of the cartridge, the Extreme Range Sights was modified to now span 1,600 yards to 2,900 yards. The slight change in ammunition design also reduced the muzzle velocity to 2,000 feet per second.
Advertisements

In 1892, the Lee-Metford line was evolved to become the Mark II variant and was the first of the series to incorporate the new 10-round detachable box magazine (replacing the original 8-round count). This was made possible by a new double-column, staggered internal stacking arrangement of the cartridges against the original's single-column approach. The new magazines also introduced a new C-shaped spring replacing the old coil format. A new, lighter-weight barrel allowed the weapon to exhibit a lighter overall weight in turn and some forms were fitted with Enfield-rifled barrels beginning in 1902.

Within time, a shortened, handier version of the long-form Lee-Metford made its way into circulation. This became the "Carbine, Magazine, Lee-Metford Mark 1 which appeared in 1894. It remained largely faithful to the original Mark 2 product but featured a length of just 40 inches (from the standard 49.5") while utilizing a barrel some 20.75 inches long (compared to 30"). Additionally, these changes altered the weapon's weight to a more manageable 7lb, 7oz offering while all other functions remained the same.

Following in 1895, the Mark 2* appeared with a lengthened bolt assembly and additional safety features. Again, some production included Enfield-rifled barrels which begat the off-shoot designation of "Rifle, Magazine, Lee-Enfield Mark I". All other qualities and functions of the Mark 2 remained comparable.

In 1907, a new Lee-Metford rifle version appeared as the "Rifle, Charger-Loading, Magazine, Lee-Metford Mark 2". As its name suggested, this variant included support for charger-loaded/clip-loaded ammunition contained in easier-to-manage strips. These rifles were converted from existing Mark 2 stocks and essentially involved the addition of charger guides at the bridge as well as a new magazine design. The weapon was now geared towards smokeless powder cartridges as well which proved a grand evolution for the rifle line. The sights were also revised to include a rear graduated system as well as front blade. The 10-round magazine count was retained. These rifled measured 49.5 inches long, featured a weight of 9lbs, 8oz and managed a muzzle velocity of 2,060 feet per second.

The Lee-Metford design did not see an extensive service history with the British Empire as may be expected. It was relatively quickly overshadowed in history by the up-and-coming Lee-Enfield marks beginning to appear in 1895. These rifles themselves served into World War 2 (1939-1945) and saw over 17 million produced during their service lives. The Lee-Metford marks did manage to see some combat action in the Second Boer War of 1899-1902 which pitted British forces against Dutch settlers in Africa (modern-day South Africa/Swaziland). Lee-Metfords were actually fielded alongside the competing Lee-Enfield line and offered generally positive results. Lee-Metfords generally suffered at range when compared to enemy Mauser types in use but they proved of some worth nonetheless. Stocks of Lee-Metfords were also in play heading into World War 1 where small arms shortages greeted most every major participant.
Advertisements 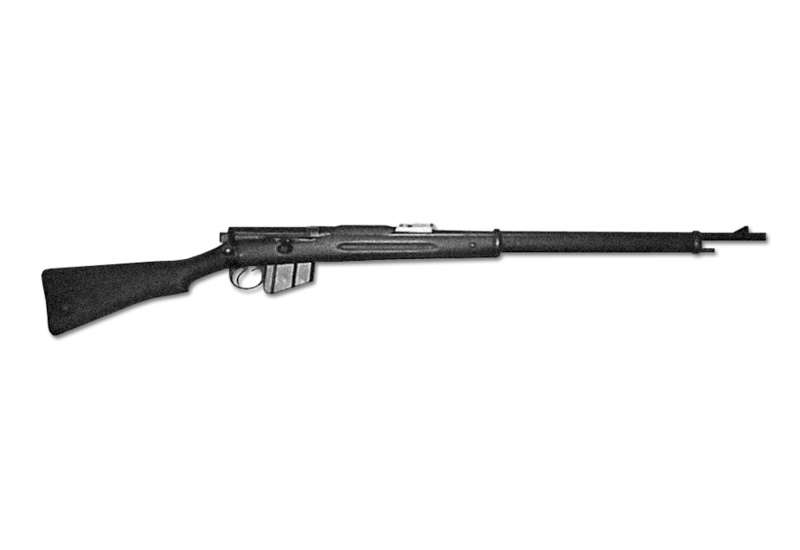