The Model 39 Egg Hand Grenade entered service with the German Army in 1939 and saw production end in 1945.

Authored By: Staff Writer | Last Edited: 11/01/2016 | Content ©www.MilitaryFactory.com | The following text is exclusive to this site. 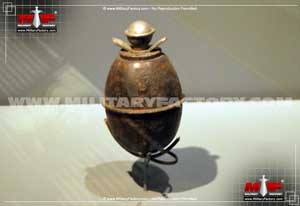 The German Army hand grenade of choice throughout World War 1 (1914-1918) was the "Stick Grenade" ("Stielhandgranate") whose appearance was somewhat unconventional when compared to later (and more modern) fruit-sized offerings. These weapons held a basic fragmentation effect with limited defensive qualities yet managed to survive for a good deal of time in the field. The type saw service from 1915 to 1945 to which its basic design was updated in 1924 to become the "Model 24". During the German military build-up of the 1930s, design of a new, more conventional hand grenade originated (based on the wartime "Model 1917" egg hand grenade) and, in 1939, the product was adopted by the German Army as the "Model 39 Eihandgranate" - largely recognized by its translated name of "Egg Hand Grenade" for its recognizable egg-like shape. The Model 39 series saw serial production from 1939 through to the end of the World War 2 in 1945, joining a simpler, modernized stick grenade form in the Nebel Handgranate Model 39 and, later, the Stielhandgranate Model 43.

Outwardly, the Model 39 was given a smooth appearance consistent with other hand grenade designs in history, made up of two primary sheet metal halves crimped to form a central seam while shrouding the detonating compound within. A wing nut-type assembly was fitted to the top and capped by a flattened porcelain ball. The grenade was a handy three inches in length with a 51mm diameter, fitting comfortably in the hand. The fuse of choice was the same to be used in the Model 43 stick grenade to come, making it logistically friendly to an extent. A detonator was inserted into the grenade by removing the wing nut assembly. The small porcelain ball atop the design was then unscrewed to loosen a short length of cord tucked within. A quick pull of this cord finally activated the fuse and the grenade was ready to be thrown within a predetermined time window. The base Model 39 grenade held a 4.5-second delay which, most times, prevented the enemy from reclaiming the landed grenade and throwing it back at the enemy - a common quality of the original stick grenades of World War 1 which were easier to spot. Fuses of 4-, 7.5- and 10-seconds could also be used, each color-coded for quick recognition of their detonation window - red, yellow and gray respectively (the base 4.5-second model was color coded blue). The Model 39 could further be fitted with an "instant" fuse solely for booby-trap purposes where quick detonations were required - useful for a desperate and retreating army force.

Model 39 grenades proved effective throughout the conflict where they were less cumbersome, lighter to carry and easier to manage in the heat of battle than their stick grenade brethren. Infantry could throw the Model 39s farther than their awkward stick grenade cousins, increasing the tactical value of the rifleman when assailing a dug-in foe. Original production forms sported a smooth outer casing though this was altered in 1944 with a scored exterior for improved handling and better fragmentation of the grenade body during detonation.
Advertisements

Fuse Detonation
Design relies on timed / fuse detonation. (Material presented above is for historical and entertainment value and should not be construed as usable for hardware restoration, maintenance, or general operation - always consult official manufacturer sources for such information)

*May not represent an exhuastive list; calibers are model-specific dependent, always consult official manufacturer sources.
**Graphics not to actual size; not all cartridges may be represented visually; graphics intended for general reference only.
Model 39 Eihandgranate ("Egg Grenade") - Base Series Designation; based on the Model 1917 egg; early production forms with smooth outer casing; later forms (1944) with scored body. 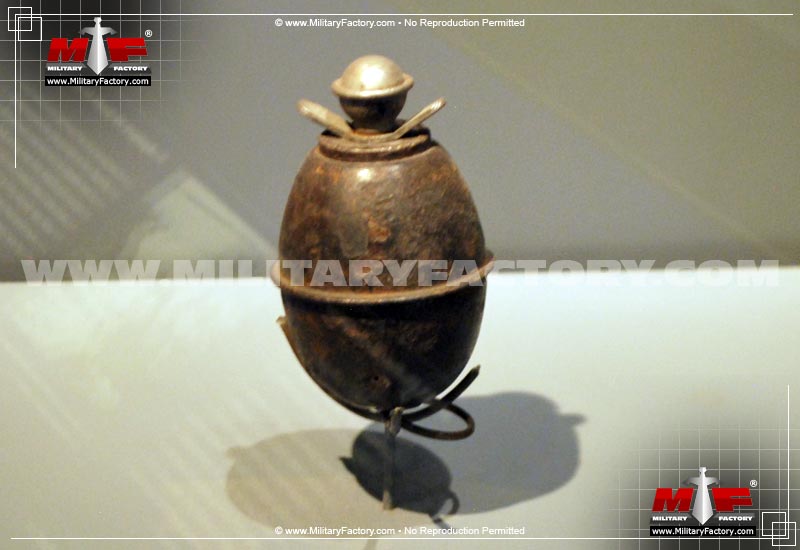 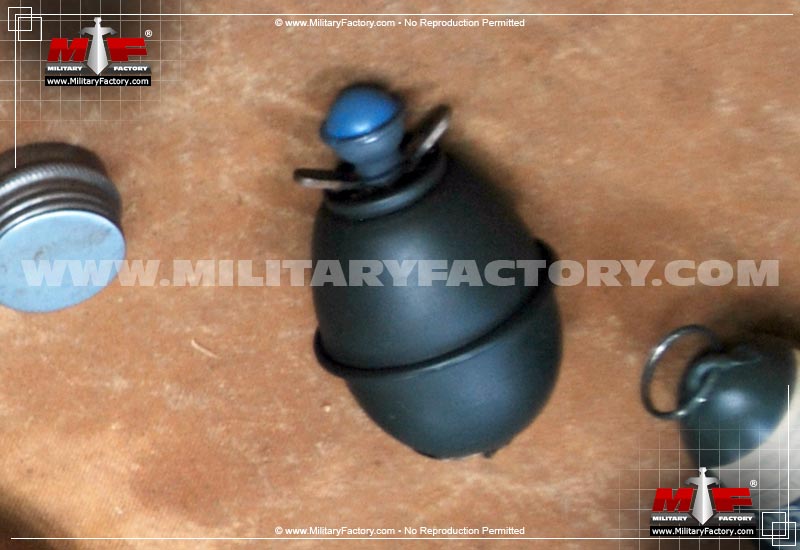