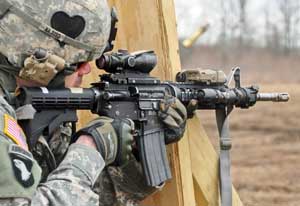 The M4/M4A Carbine is a 5.56mm compact, lightweight, gas-operated, air-cooled, magazine-fed weapon system with selective fire that can be sighted from the shoulder. The M4/M4A Carbine is the latest weapon in a family of firearms dating back to the M16 and even to the carbine AR-15. It is a shorter and lighter version of the M16 assault rifle, and 80% of the parts are parallel. The M4 is 1.3 pounds lighter and 6.58 inches shorter extended and 10 inches shorter with the stock collapsed. This comparable ability to exchange parts also reduced the need for training and maintenance. The M4 has selective fire options including semi-automatic and a three-round burst available in the M16A2. The M4A1 has a full auto option in place of the three-round burst.

The conflicts in Panama and Somalia required the need for soldiers to operate in towns and close quarters and mandated the need for a new weapon. This close quarters combat (CQC) was the impetuses behind the M4 with a collapsible stock and a short barrel with accuracy to engage targets at extended ranges with lethal fire. As with many carbines, the M4 is handy and more convenient to carry than a full-length rifle. The Army also will use the weapon for non-infantry troop crews and staff officers who will no longer carry side arms. It is also preferred by airborne units and special operations teams needing effective ranges up to 600 meters.

Variants of the M16 assault rifle, the M4 Carbine and the M4A1 Carbine can be fitted with accessories, night vision devices, laser point optics, telescopic sights, and bipods. The M203 or the M320 grenade launcher are attachable to the M4 top rail. Other accessories include the AN/PEQ-2, Advanced Combat Optical Gunsight (ACOG), and M68 Aimpoint with EOTech holographic weapon sights. Visible and IR (infrared) lights are attachable using various mounting methods. The M4 accepts a blank-firing attachment (BFA) for training.

However all was not well in the military community with the adoption of the M4. The strength of being part of the M16 family was also a negative. In 1969 at Ft. Ord California while I was in a Army basic training live firing class, a drawback for the M16 was demonstrated. The training Sergeant threw a M14 and M16 into a prepared mud puddle and after kicking in more dirt he picked up the M14 and fired the weapon without a stoppage. He then took the M16 and on the initial trigger pull the weapon jammed without firing a shot. This lesson was never to be forgotten that constant cleaning of the M16 was a survival requirement.

During a US Army fair weather and sandstorm condition testing the M4 was compared to 3 competitors and the M4 finished last, with 3.5x more jams than all others tested. Other criticisms of the carbine were a lower muzzle velocity producing a louder report due to the short barrel. Parts receive greater stress and the M4 has a tendency to overheat more rapidly than the M16A2. With agreed upon short comings the US Government purchased the M4 for use in all branches including the National Guard. The Army had the M4 improved and Colt agreed to make modifications going forward to address future problems. A cold-hammer-forged barrel would give a longer life and retooled reliable magazines did reduce the stoppages. 2006 tests which included 10 new M16s and 10 new M4s both fired approximately 5,000 rounds between stoppages, a major improvement.

The M4 Carbine has seen active combat actions in Afghanistan since 2001 and has also been deployed by US forces in Iraq following the invasion of 2003.

April 2022 - The MCX-SPEAR has been selected by the U.S. Army for further development as the XM5 to succeed its aging line of M4A1 assault carbines through the Next Generation Squad Weapons Program. Similarly, the LMG-6.8 in the SIG lineup will become the XM250, succeeding the M249 SAW.

Semi-Automatic
One shot per trigger pull; self-loading or auto-loading action aided by internal mechanism; trigger management (and initial cocking) typically required by the operator; subsequent shots are aided by the unlocked / moved bolt. Full-Automatic
Rounds are automatically ejected from the breech, a new cartridge stripped from the feed and set in the chamber, and rounds are continuously fired so long as the trigger is pulled and an ammunition supply exists. Gas-Operated
Gas-operated system is featured, typically involving a gas cylinder and rear-driven piston directing energy to the bolt component. (Material presented above is for historical and entertainment value and should not be construed as usable for hardware restoration, maintenance, or general operation - always consult official manufacturer sources for such information) 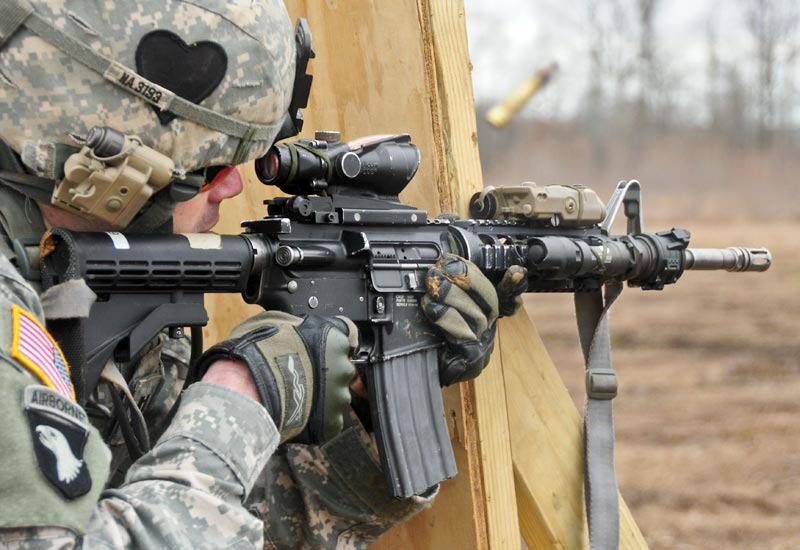 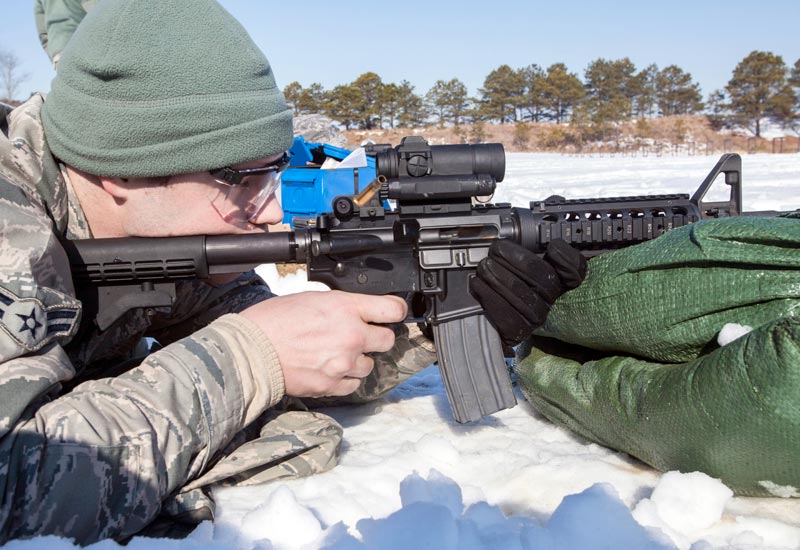 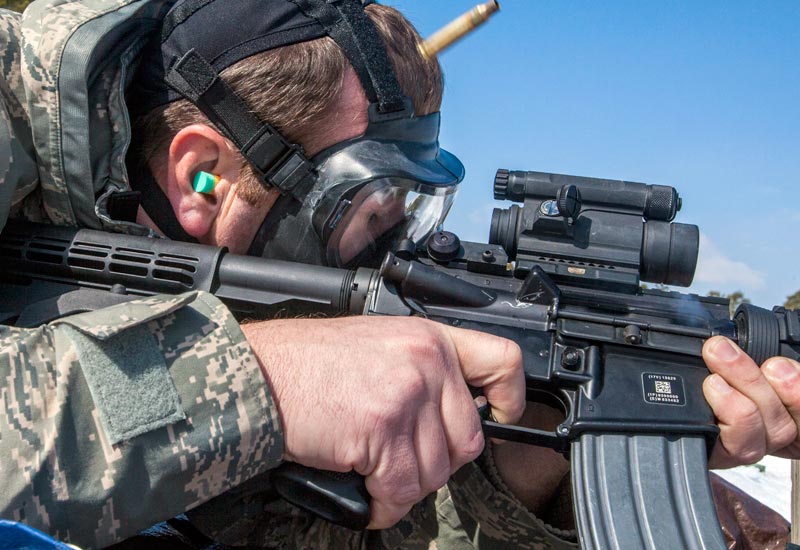 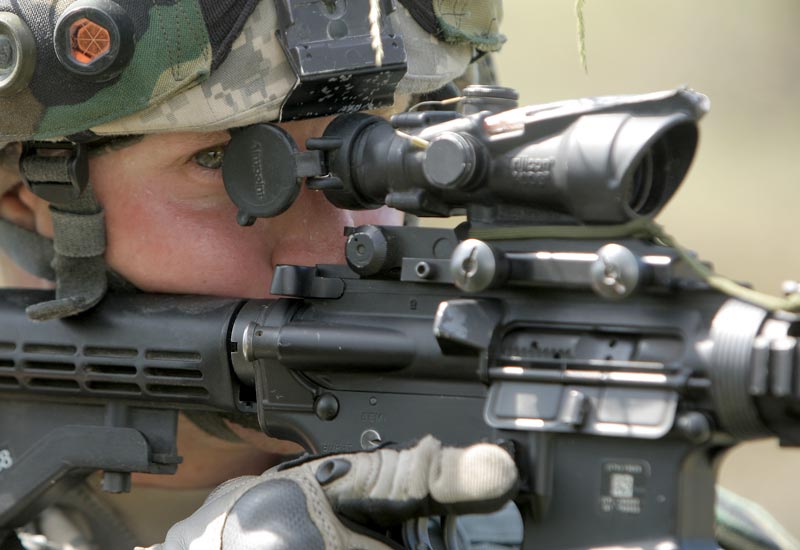 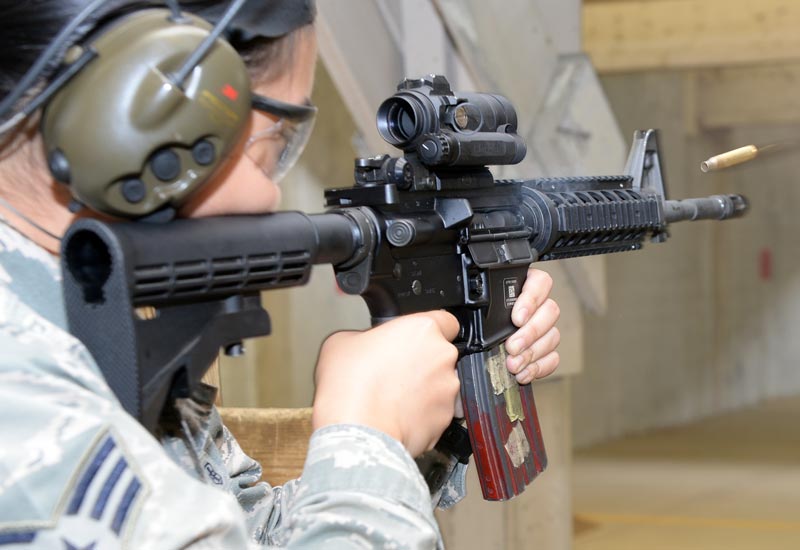 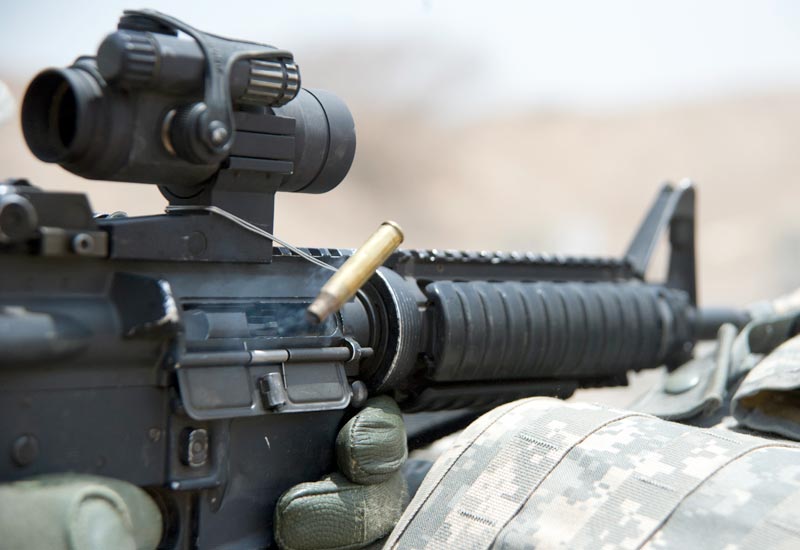 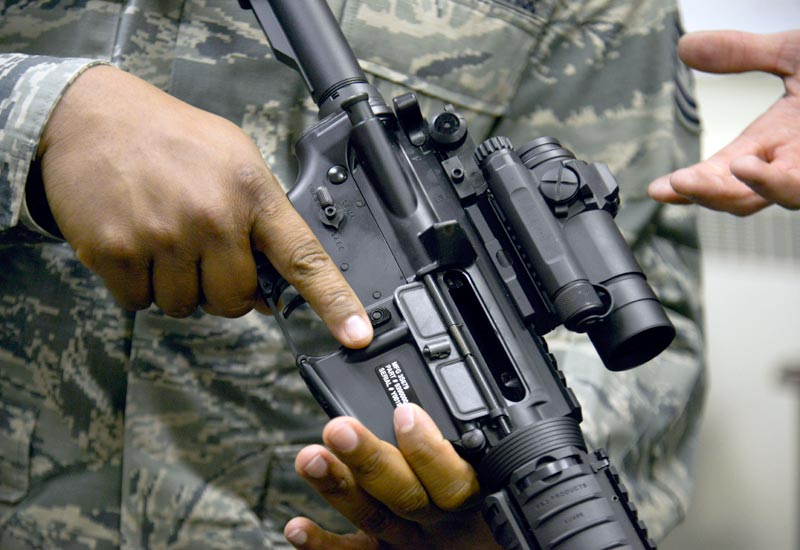 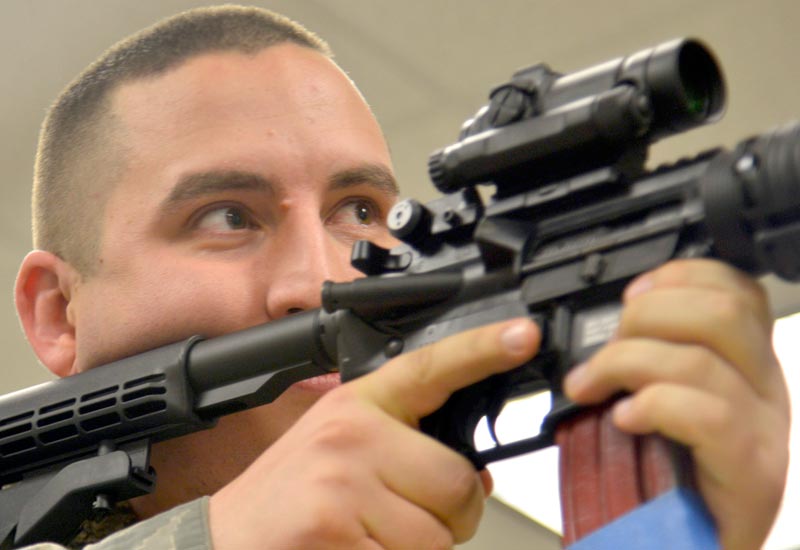 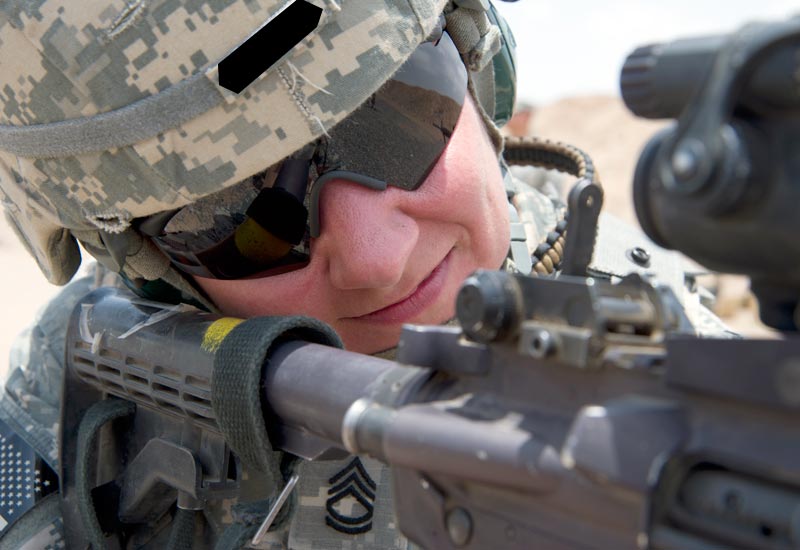 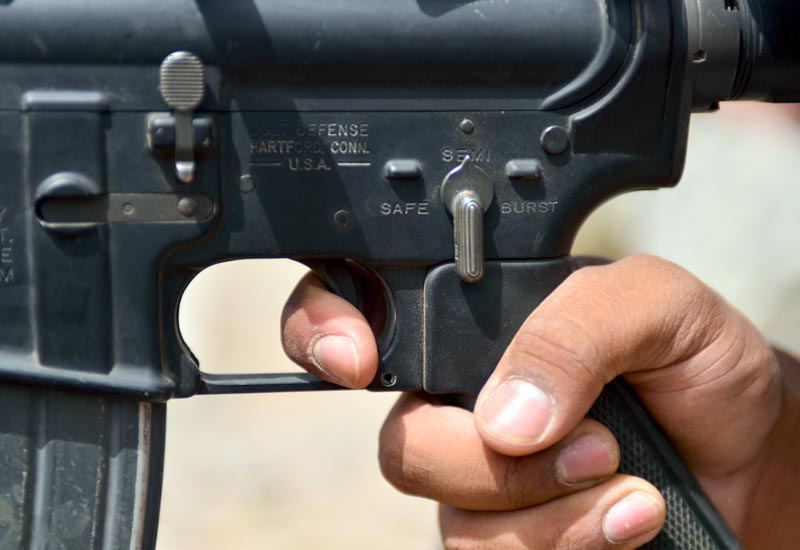 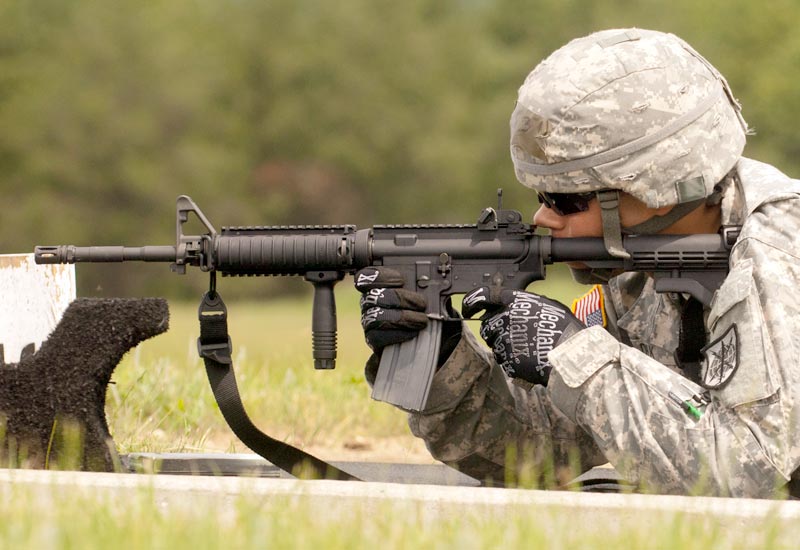 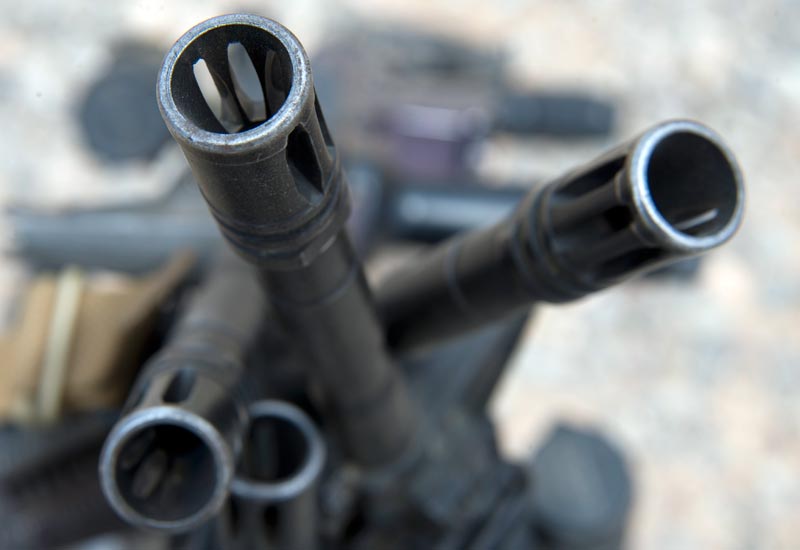 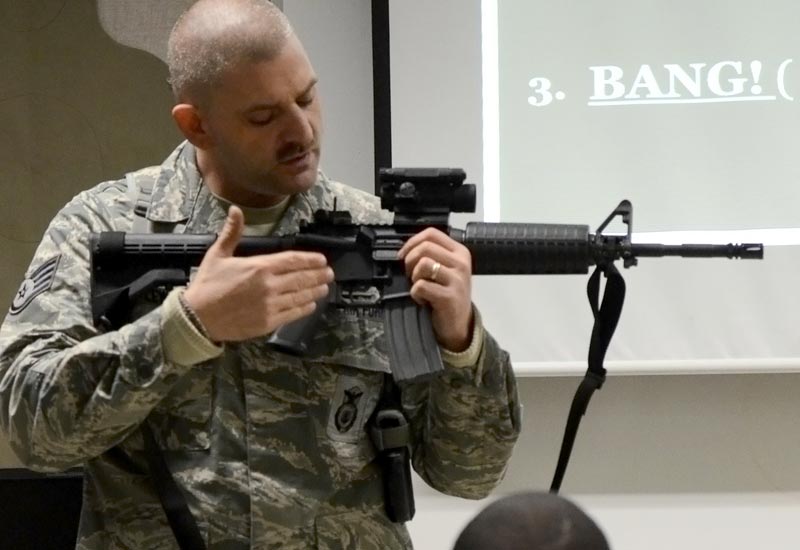 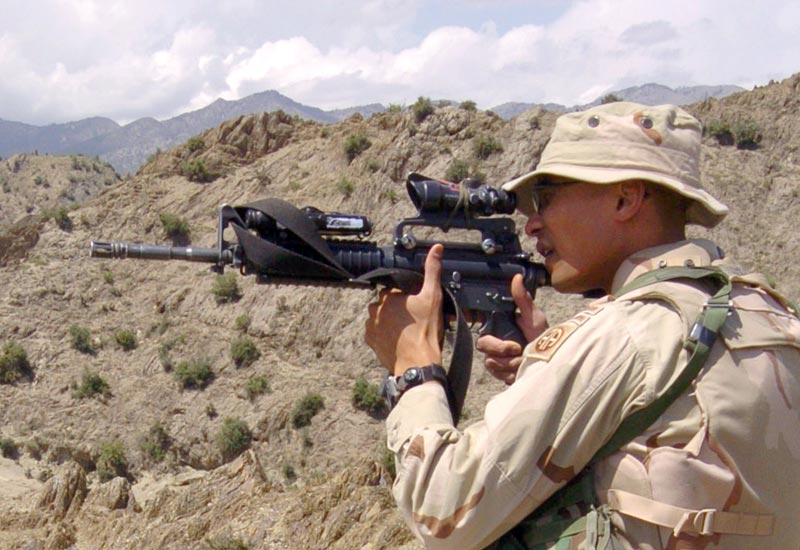 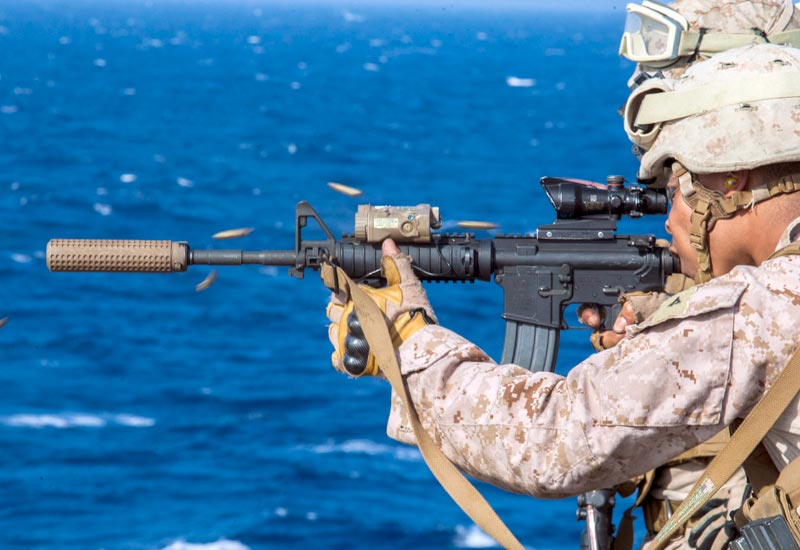 Battlefield developments of similar form and function, or related to, the Colt M4...