The Chinese QBZ-95 bullpup assault rifle entered service in 1997 and has since evolved into various other forms including carbine and light support weapon.

Authored By: Staff Writer | Last Edited: 05/11/2022 | Content ©www.MilitaryFactory.com | The following text is exclusive to this site. 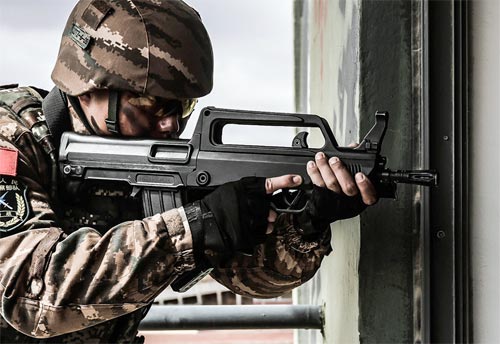 The QBZ-95 is a family line of assault weapons contoured to operator needs and has been developed (as an economical measure) into an assault rifle, carbine and light automatic weapon. There is the base QBZ-95 assault rifle, the shortened and lighter QBZ-95B carbine and the QBB-95 LSW (Light Weapon System) - a light machine gun model to fulfill the all-important squad support role. For the export market, the QBZ-95 goes under the designation of "QBZ-97". One of the obvious key design features of the QBZ-95 is its "bull-pup" style arrangement, meaning that the magazine feed and all major internal working components are held rear of the pistol grip and trigger unit, allowing for a steadier two-hand hold against the shoulder. The cocking handle is situated within the ring of the carrying handle, making it an ambidextrous component. Design and production are by NORINCO (China NORth INdustries COrporation).

As this particular weapons line was designed with foreign operators in mind, the series is chambered for the universally-accepted 5.56x45mm NATO standard cartridge. Like the QBZ-95, the QBZ-97 has also been designed into a carbine (QBZ-97B) and light support weapon (QBB-97 LSW) form along with the base assault rifle (QBZ-97 and QBZ-97A - the latter utilizing a 3-round burst capability). Civilian versions are known simply as the Type 97 (base rifle) and the Type 97A "Shorty" (carbine).

The QBZ-95G is believed to be a modernized, revised form of the QBZ-95 assault rifle. It incorporates Picatinny rail support for accessories as well as a revised buttstock, thumb fire mode selector and muzzle brake. A longer, heavier barrel has also been introduced. The QBZ-95G is intended to improve upon the reliability and maintenance of the original assault rifle model. Operational service is thought to have been achieved in 2010 while original QBZ-95s were moved to reserve forces.


30-round detachable box magazine OR 75-round drum 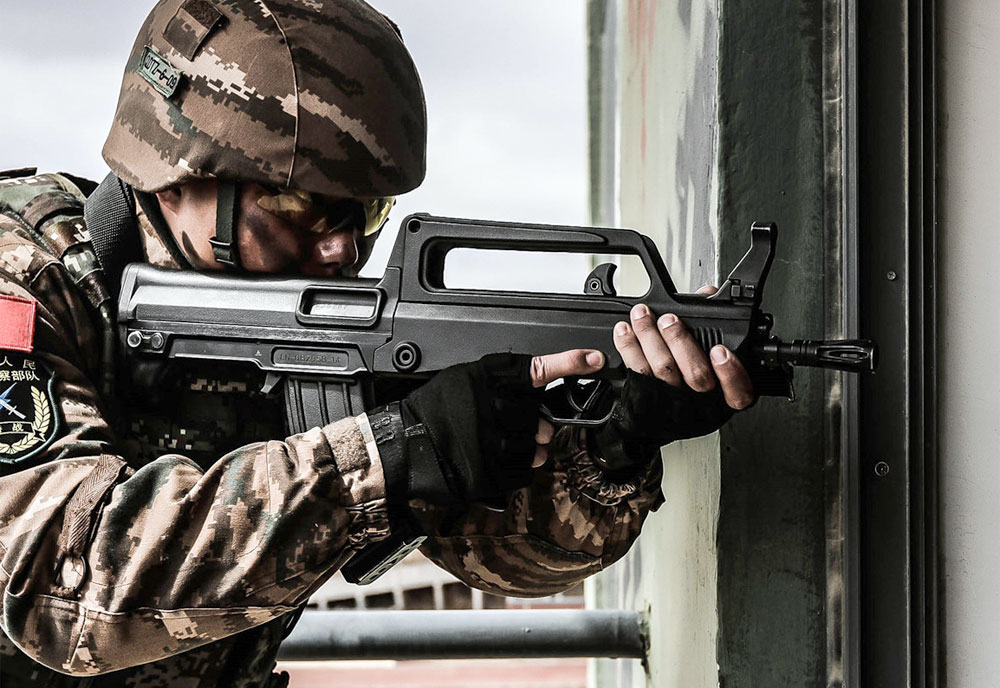 Official image from the Chinese Ministry of Defense.
2 / 4 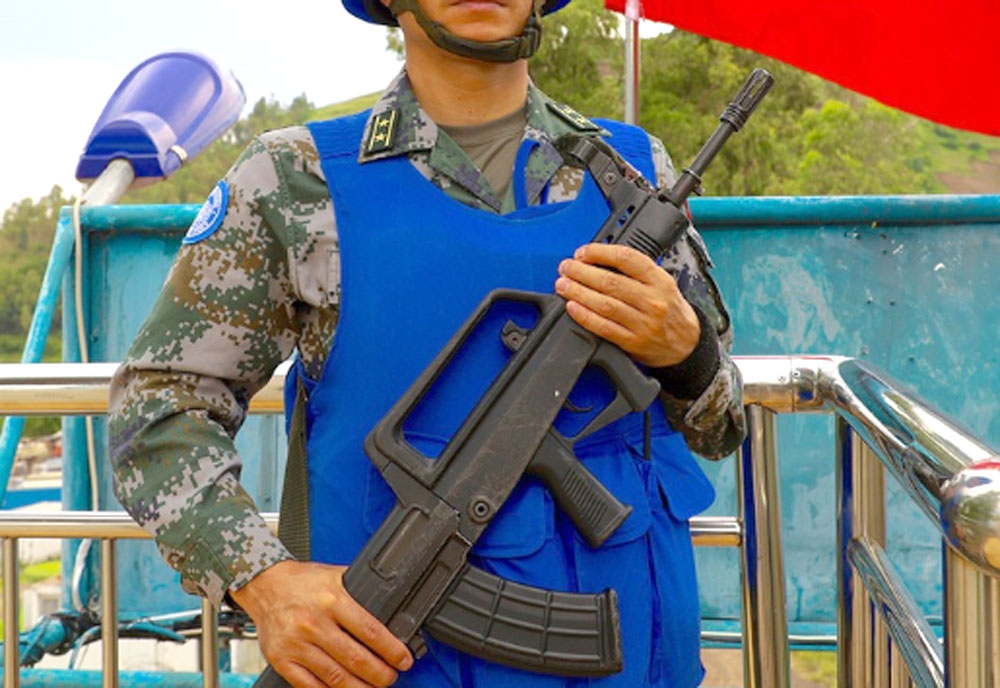 Official image from the Chinese Ministry of Defense.
3 / 4 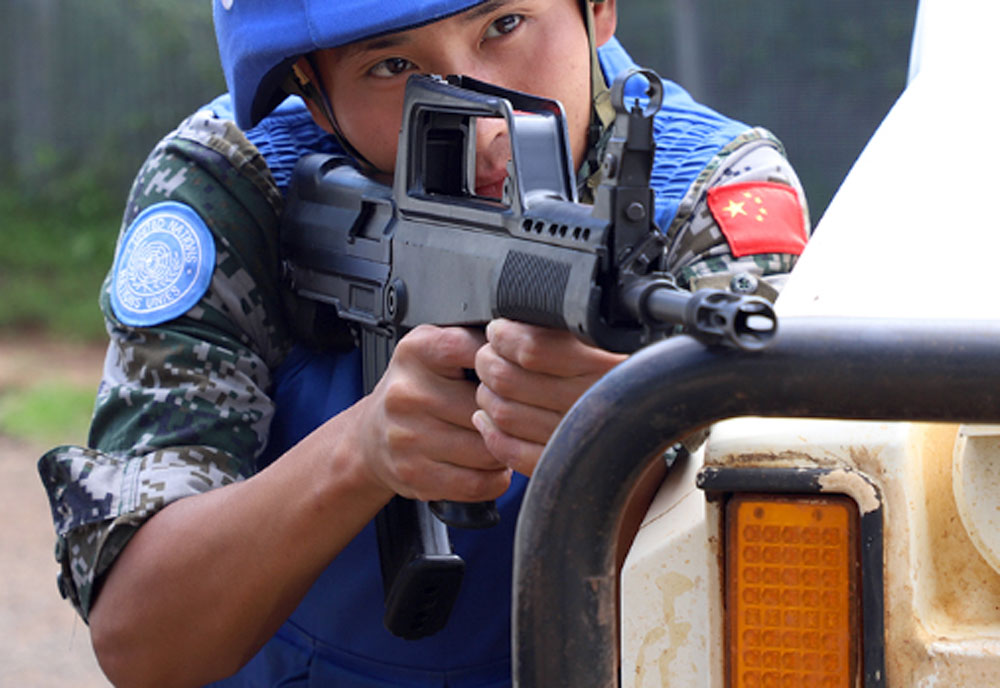 Official image from the Chinese Ministry of Defense.
4 / 4 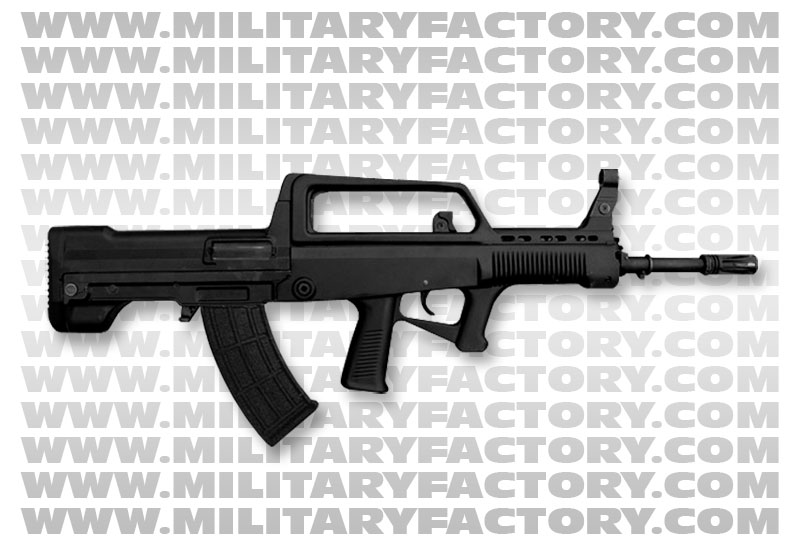