The M16A4 is the latest incarnation of the M16 series of automatic rifles which debuted during the Vietnam War - and the current standard issue assault rifle of American forces.

Authored By: Staff Writer | Last Edited: 05/03/2019 | Content ©www.MilitaryFactory.com | The following text is exclusive to this site. 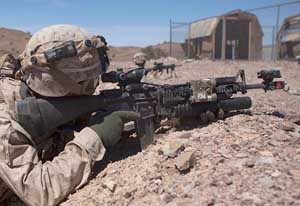 The M16A4 is the fourth incarnation of the now-successful M16 series of automatic assault rifles. The M16 system that debuted during the Vietnam War, and all the drawbacks contained therein, has now evolved to become a refined and consequently more lethal version of the original weapon. The M16 is fielded in all its varying forms with armies across the globe - a reach similarly enjoyed by the competing AK-47/74 and all its major variants and derivatives. The M16A4 has replaced the M16A2 series in all US military service branches, though the M16A2 is still available in considerable numbers. The M16A4 is the official standard assault rifle for the US military having seen combat service in all American engagements since its inception in 1990.

The M16A4 differs from the M16A2 mainly by way of a removable carrying handle which can be replaced by a span of universal MIL-STD 1913 rail which can be coupled with a Knight's Armament M5 RAS handguard adapter rail system (the latter creating the M16A4 MWS - "Modular Weapon System" - designation). The M16A4 is a much more modular weapon adaptable to a wide variety of battlefield roles through various mountings that can include specialized optics, flashlights, aimers and grips. Like all of the M16 family firearms, the M16A4 can also fit the M203 40mm grenade launcher under the barrel, increasing the tactical lethality of the operator and offering the weapon system a dual-role capability with direct and indirect methods of attack.

The M16A4 shares performance statistics on par with the preceding M16A2, itself an evolution of the Vietnam War-era M16A1. Muzzle velocity is approximately 3,110 feet per second. The weapon retains the widely accepted 5.56x45mm NATO standard cartridge through a 30-round capacity detachable box magazine (curved). Weight increases just one pound with a fully-loaded magazine, bringing the overall combat weight of the system to a manageable 8.5lbs. The M16A4 also retains the adjustable front and rear sighting installations allowing for an effective range of about 600 meters. Firing selections are limited to semi- and burst-mode capabilities with a standard safety issued as well (the M1A1 offered full-automatic fire). Like the M16A2, the M16A4 is a gas-operated, rotating bolt (direct impingement) weapon. An optional shoulder strap eases transport.

Despite several promising designs appearing to overtake the M16 line, all have fallen short of US military needs and budget requirements, meaning that the M16A4 should retain a viable presence in the American inventory (as well as its allies) for the foreseeable future.
Advertisements

M16A4 - Base Series Designation; modernized version of the M16A2 series. 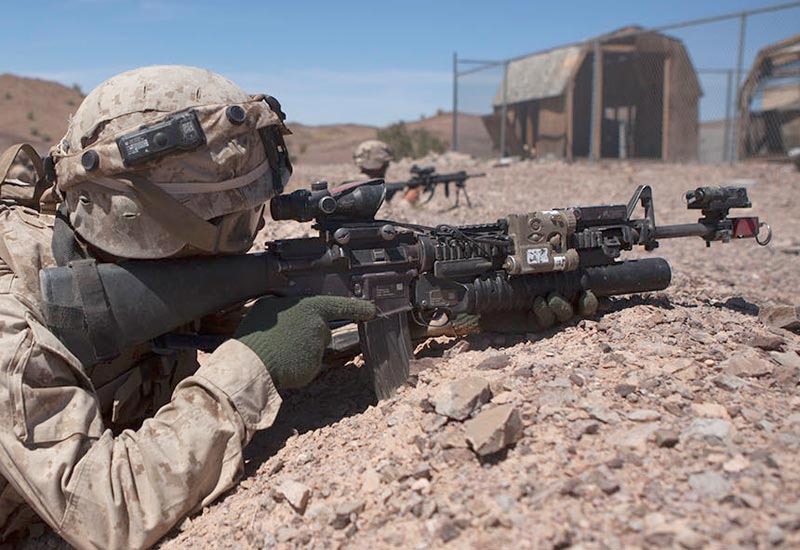 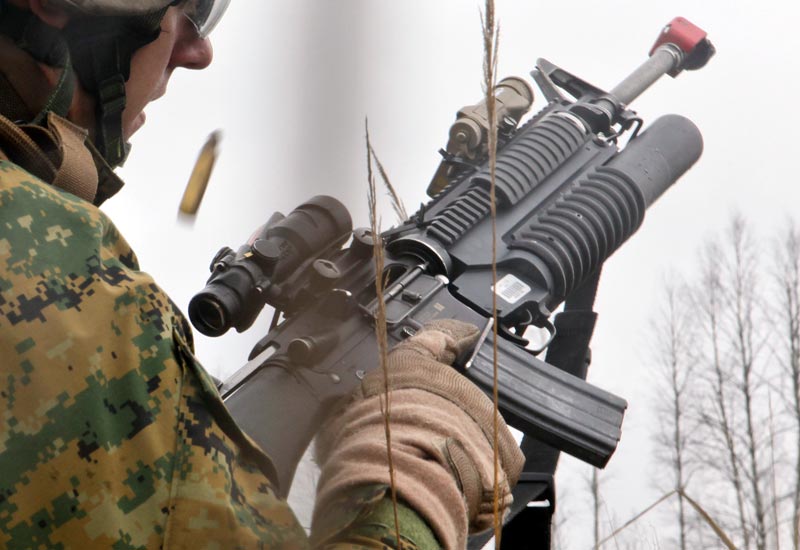 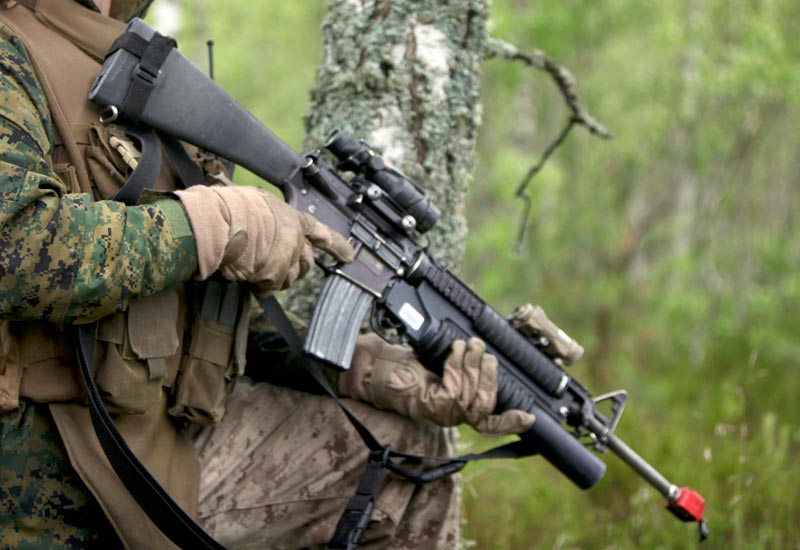 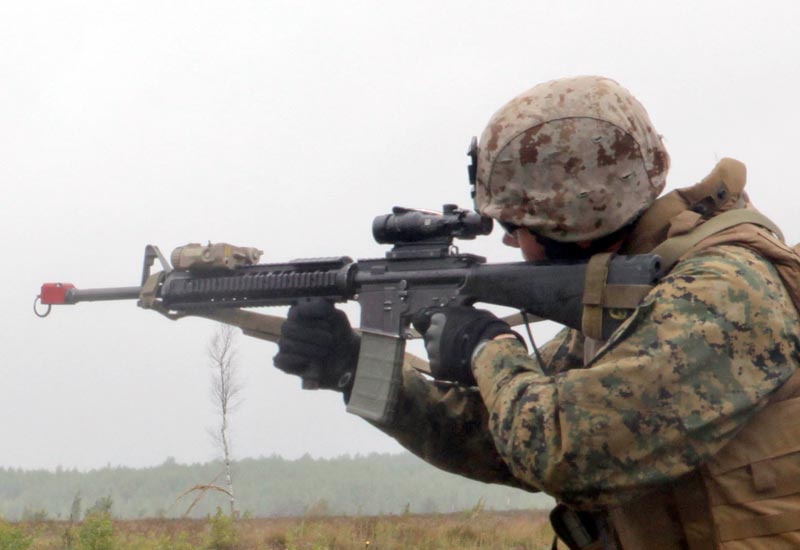 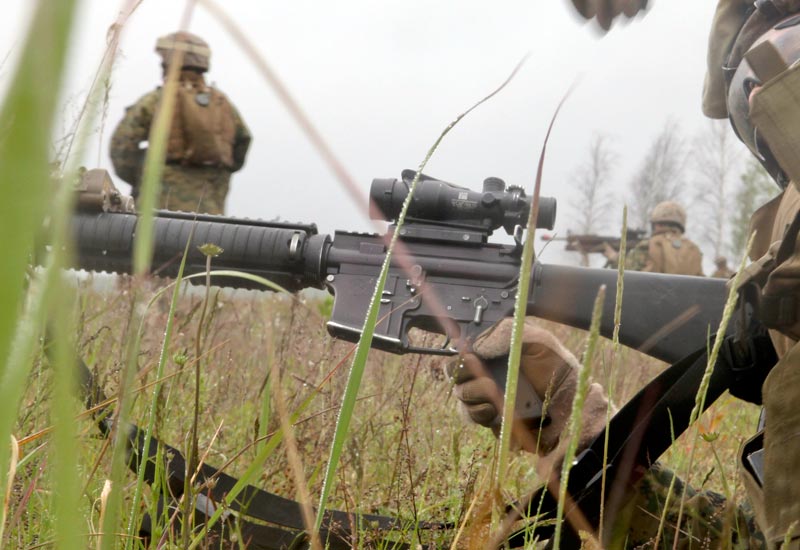 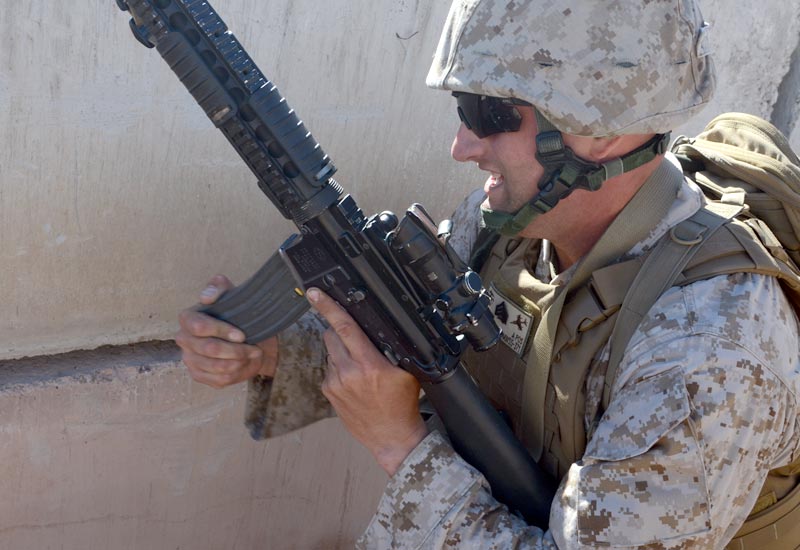