The Bren Gun, 7.62mm Series is based on the successful and proven wartime Bren Gun .303.

Authored By: Staff Writer | Last Edited: 08/01/2017 | Content ©www.MilitaryFactory.com | The following text is exclusive to this site. 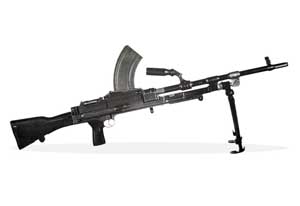 The L4A1 is nothing more than a modified World War 2-era Bren Gun, .303 Series chambered to fire the NATO-standard 7.62x51mm cartridge. The success of the original Bren series in the worldwide conflict solidified the Bren as the frontline light support machine gun for the British Army. The issue lay in the .303 cartridge, which was quickly being realized that its time had come and gone. With the NATO adapted 7.62x51mm cartridge the norm amongst the West, it was decided to update the Bren system. With an Ideal Cartridge Panel established in 1945 to find such a replacement, the Bren saw itself being groomed to take on the all-new .280 rimless round design. However, it was quickly deemed that the better route to go would be to take on the US 7.62 T65E3 cartridge case instead and the Bren Gun, 7.62mm Series was born.

Finding a lot in common with its wartime counterpart, the 7.62mm Series would fulfill the same roles as the Bren before it. One noticeable difference between the two would be in the curvature of the 30-round detachable box magazine, which appeared straighter in the new design to accommodate the spacing of the new cartridges when in the new magazine. The pedigree of the wartime Bren proved sound and translated well into the L4A1.
Advertisements

With several early models varying in little ways, the L4A4 became the definitive one in the series, becoming the standard. A chromium-lined spare barrel was issued with the weapon system and the carrying handle was carried over from original Bren designs. The weapon system could be mounted on a tripod for the sustained fire role and the ammunition fed in through the top, as in the Bren .303. The straightened magazine was really the distinguishing feature between the two as both units appeared very similar to one another. The L4A4 was split between some rarer Mk II .303 Brens and the more common Mk III models, many of which were in large supply after the war.

To this day, many still swear by the reliability and fire power available through the Bren system, even as the L86 LSW (detailed elsewhere on this site) of 5.56mm blend takes to the stage with the British Army. The Indian Army produced its own Bren through Ishapur based on .303 Mk 3 conversion models, all accepting the 7.62x51mm round and designated as the "IA".
Advertisements 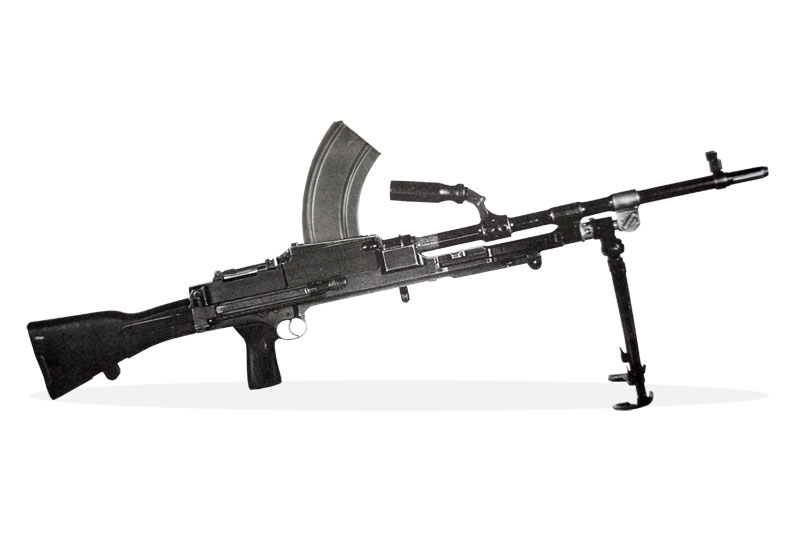 Right side view of the Enfield L4 Light Machine Gun