Authored By: Staff Writer | Last Edited: 04/16/2022 | Content ©www.MilitaryFactory.com | The following text is exclusive to this site. 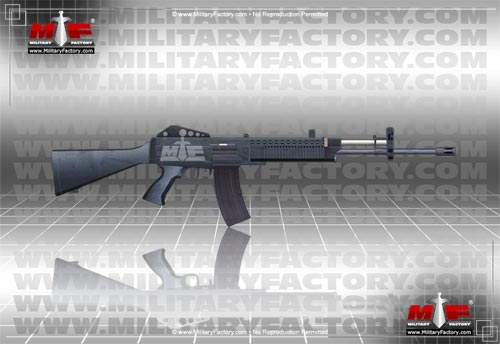 While modularity in firearms has become standard practice today, the idea of a common receiver modified to fulfill various battlefield roles was something of a novel concept in the 1960s where dedicated weapons were being developed to fulfill equally-dedicated roles. The Stoner 63 (or "M63") was a revolutionary entry for its time, championed by firearms legend Eugene Stoner - creator of the AR-15 assault rifle which, in turn, became the U.S. Army's famous (and infamous) M16 series. The Stoner 63 utilized a common receiver as its core component to which various feeds, barrels, and shoulder stocks could be affixed to configure the weapon. Internally, the system still relied on the proven gas-operated, rotating bolt action arrangement as in the AR-15. Outwardly, the weapon could take on various silhouettes depending on its configuration.

Design work on the gun began in 1962 and support subsequently arrived from the Cadillac Gage concern to help produce the weapon. Design attribution was also given to L. James Sullivan and Robert Fremont.

The original offering was the Standard Assault Rifle (SAR) fitting a 30-round detachable box magazine with operated akin to a basic automatic service rifle. After this arrived CARbine (CAR) variant which was of a more compact form with shortened length (as both barrel assembly and forend were shortened) with a folding shoulder stock. The Automatic Rifle (AR) followed and was fed by way of a 30-round detachable box magazine inserted at the top of the receiver with relocated sights to compensate for the distinct feeding arrangement. The Light Machine Gun (LMG) model supported linked-belt feeding with a "Quick-Change" barrel function as well as folding bipod - its battlefield role similar to the modern-day "Squad Automatic Weapon" (SAW).

The Medium Machine Gun (MMG) variant of this Stoner line allowed for the weapon's mounting onto a U.S. military tripod assembly for the suppression role. The Fixed Machine Gun (FMG) mark lost its iron sights and pistol grip so actuation was done by solenoid for firing from armored vehicles (primarily as a co-axially-mounted weapon). The "Commando" (COM) firearm was fed by a 100-round drum magazine and operated in similar fashion as the LMG. The "Survival Rifle" (SR) was intended for aircrews as a survival weapon should their aircraft be downed behind enemy lines. It was purposely compact with a very short barrel and forend while lacking a handguard. However, only a sole prototype of this model completed.

To produce one weapon form from the other required modifications to be completed by the operator. All forms were chambered in the ubiquitous 5.56x45mm NATO standard cartridge which benefitted logistics and cost. The gas system sat in a cylinder under the barrel in the usual way. Effective engagement ranges (depending on configuration) reached out to 1,000 meters with a maximum firing range listed at 2,655 meters.

First-batch production of these Stoner guns numbered 2,000 units and the weapon was formally trialed by the United States military, first through DARPA (the Defense Advanced Research Projects Agency), beginning in March of 1963 and then - later that year - by the United States Marine Corps (USMC) which returned with some modifications, this produced the "Stoner 63A" designation of 1966. An additional 2,000 or so guns were produced to this standard. The U.S. Army also showed limited interest and scheduled trials all their own but were not sufficiently impressed with the concept of an "all-in-one" universal gun and found fault with the action and overall concept. Additionally, the usually lighter rifle and carbine forms were heavier than competing types for the Stoner 63 receiver core was also the basis of the typically heavy-duty light- and medium-machine gun models. As such, there proved no real workaround for this.

Perhaps its best known use of the Stoner 63 was in the hands of the U.S. Navy SEALs during the Vietnam War from 1967 onwards. The SEALs took on several experimental and developmental weapons during this time and pressed them to the limit in their combat roles - the perfect testing stage for a new gun. Its use here, however, did not lead to widespread acceptance of the system nor the concept. U.S. Army Special Forces took on the LMG form as the "XM207" from 1970 onwards but this only last about one year and did not land an endorsement either. Due to the multitude of models and test clients, various designations were ultimately applied to the weapon throughout its career - XM22, XM22E1, XM22E2, XM23, XM23E1, XM207, XM207E1, XM207E2, and Mark 23 Mod 0.

Amazingly, the Stoner 63 series soldiered on into the 1980s but it was eventually (and officially) written off as the U.S. military continued its commitment to dedicated infantry weapons for dedicated roles. NWM of the Netherlands purchased the rights to the gun for manufacture and sales outside of the United States but the product found no takers on the world stage - its non-endorsement by the U.S. military certainly hurt its cause.

The universal receiver concept has never formally gone away - several large concerns and private companies revisited the approach and many have since come online in seeing widespread acceptance. One notable example became the Austrian Steyr AUG (detailed elsewhere on this site) where its common receiver made up the assault rifle, light machine gun, and commando weapon forms. Other companies have since followed suit.
Advertisements 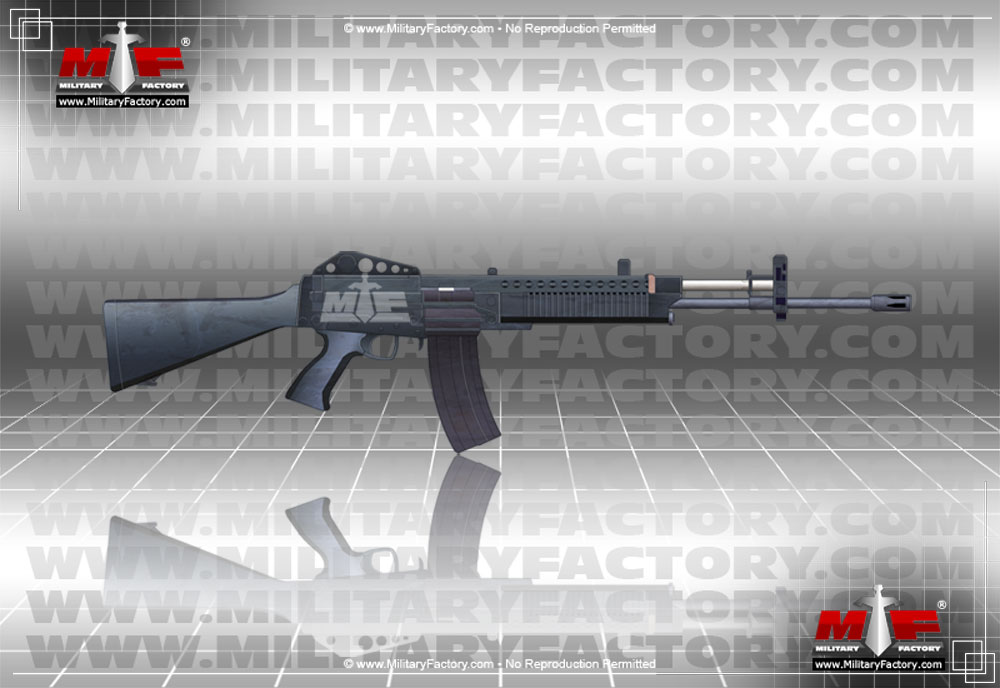