The Carl-Gustav 84mm recoiless rifle design is a popular and widely used multi-purpose weapons platform appearing with various military groups across the globe. 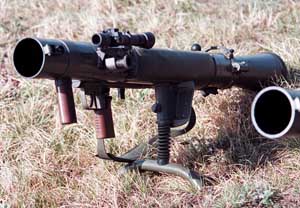 The global reach of the Carl Gustav recoilless rifle emphasizes the popularity of the weapon, appearing in three major variants and in use by standard military and special forces alike for some sixty years. The system has been noted from the start for its accuracy, impressive range and firepower since appearing with the Swedish Army in 1948. The system earned its distinct name from the production facility from whence the initial rifles were produced - Carl Gustafs Stads Gevarsfaktori in Sweden - a facility now owned by Bofors.

When introduced, the Carl Gustav was similar in most respects to weapons such as the American Bazooka, British PIAT or German Panzerschreck anti-tank weapons. The Carl Gustav was a recoilless rifle design featuring a rifled barrel which instantly differentiated itself from its contemporaries. The rifled barrel allowed for stabilization of the ammunition to occur through the barrel, negating the need for spring-loaded fins to be used once the projectile reached flight (a popular feature in other systems). This operation allowed the Carl Gustav's projectile greater range and firepower and quickly made it a favorite amongst its users.

Since its inception, the Carl Gustav went on to become a pivotal offensive arm of military forces around the globe (even seeing license-production in Japan with Sumitomo). The M1 appeared in 1948 and was followed by the improved Carl Gustav M2 in 1964. The M3 followed decades later in 1991 and featured a host of improvements, chief among these being a reduction in overall weight in part to the replacement of internal steel components. The Carl Gustav remains in operational service in its varied forms and is a particular favorite with special forces groups including the United States Special Operations COMmand (USSOCOM) units.

The rifle can fire all types of ammunition beyond its primary anti-armor projectiles and include illumination, anti-structure, smoke, practice and anti-personnel (flechette) projectiles. A crew of two is required for optimal service though the simplicity of the system allows for a single operator/firer at the cost of rate of fire. Optical, laser rangefinder and image intensification sights (along with the standard iron sights) can be mounted and greatly improve the weapon for a variety of specialty roles as needed. Ammunition is reloaded through a hinged breech on the side of the tube. The basic main tube features a pistol grip, a forward grip, shoulder strap and optional bipod along with standard iron sights.
Advertisements

Percussion Cap
Utilizes the percussion cap system of operation to actuate ignition of propellant; much like a child's cap gun, small explosive caps are set upon nipples and these are actuated by a falling hammer previously cocked. (Material presented above is for historical and entertainment value and should not be construed as usable for hardware restoration, maintenance, or general operation - always consult official manufacturer sources for such information)

*May not represent an exhuastive list; calibers are model-specific dependent, always consult official manufacturer sources.
**Graphics not to actual size; not all cartridges may be represented visually; graphics intended for general reference only.
Rate-of-Fire
6
rds/min
Muzzle Velocity
787 ft/sec
(240 m/sec) 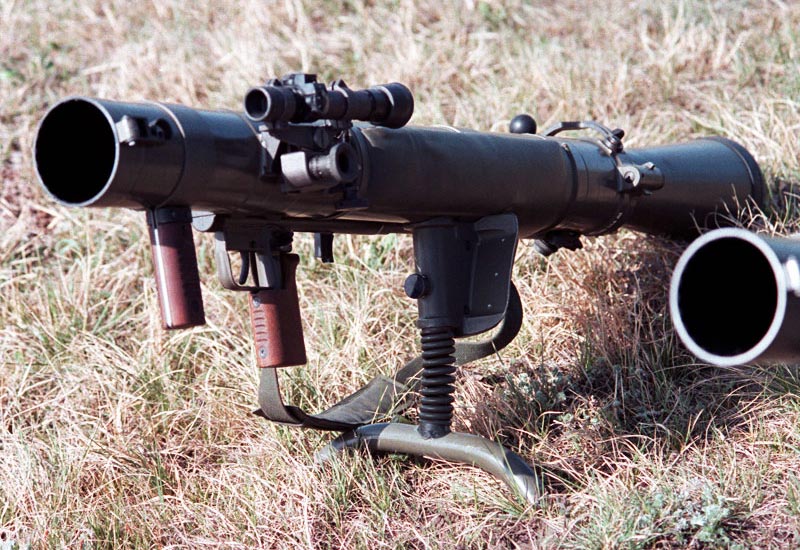 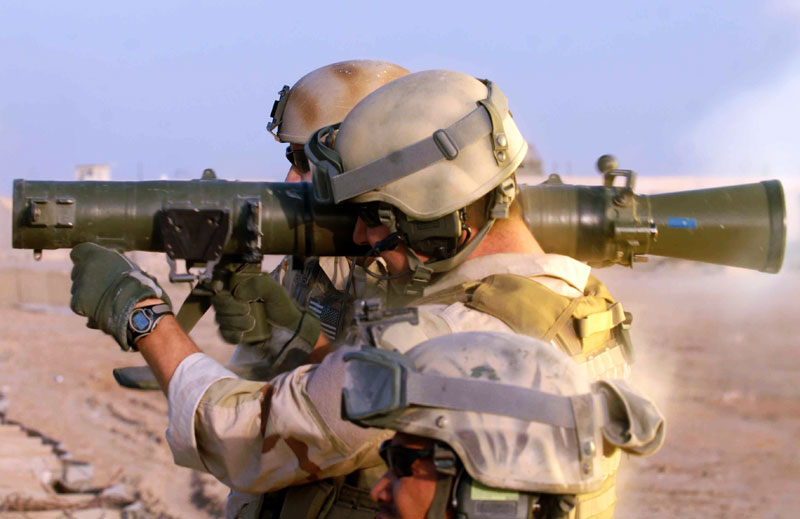 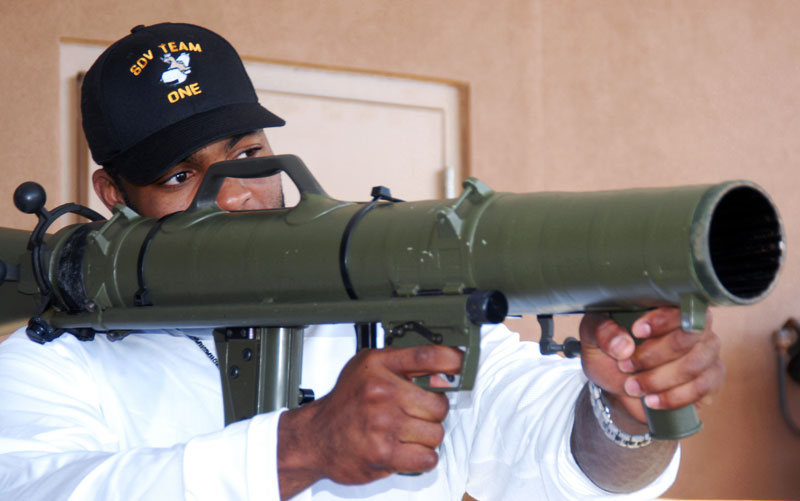 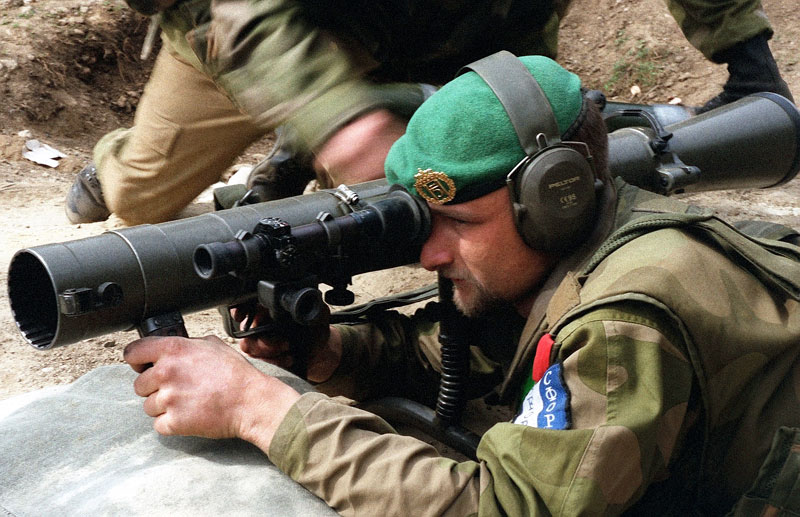 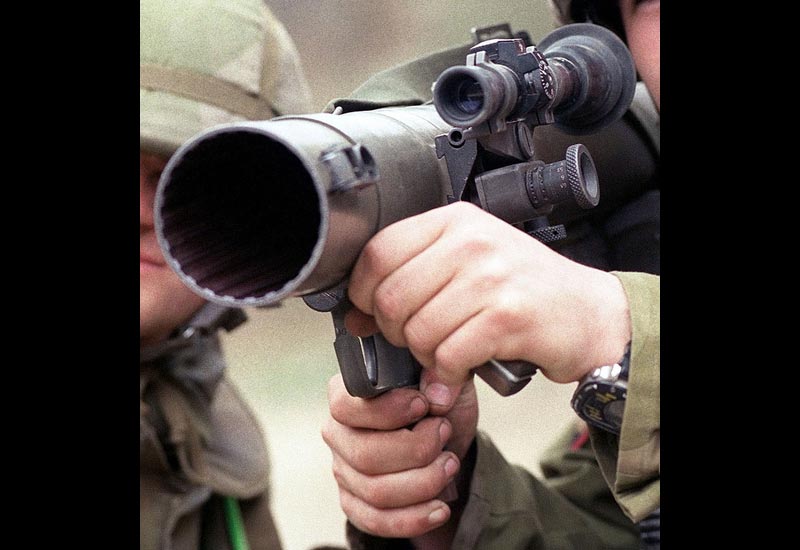 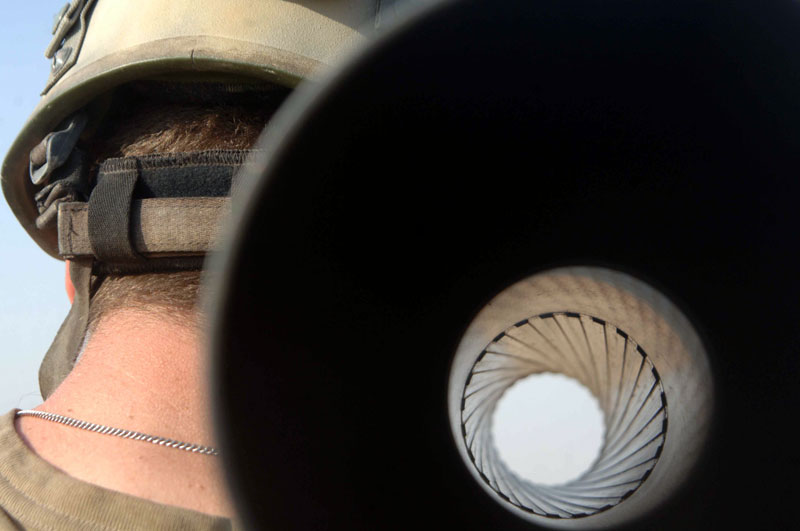 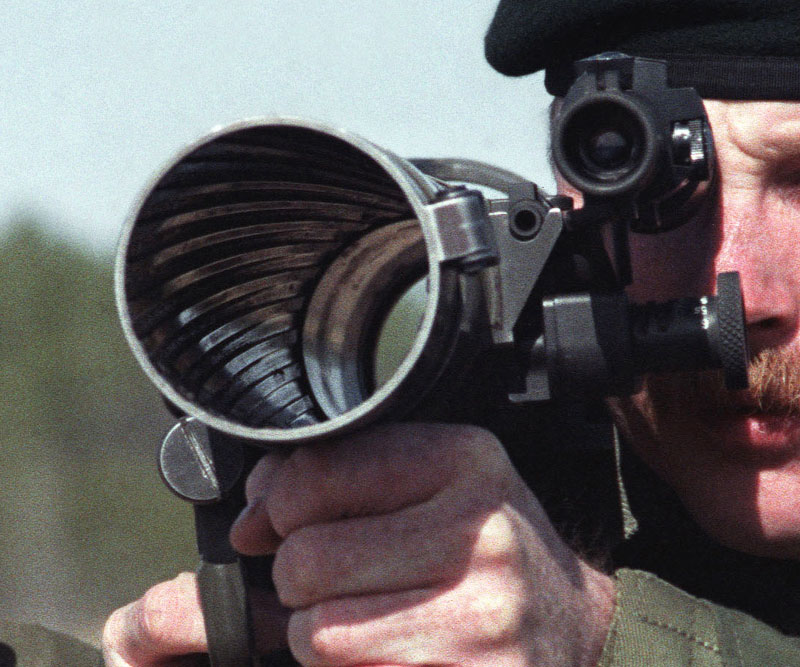 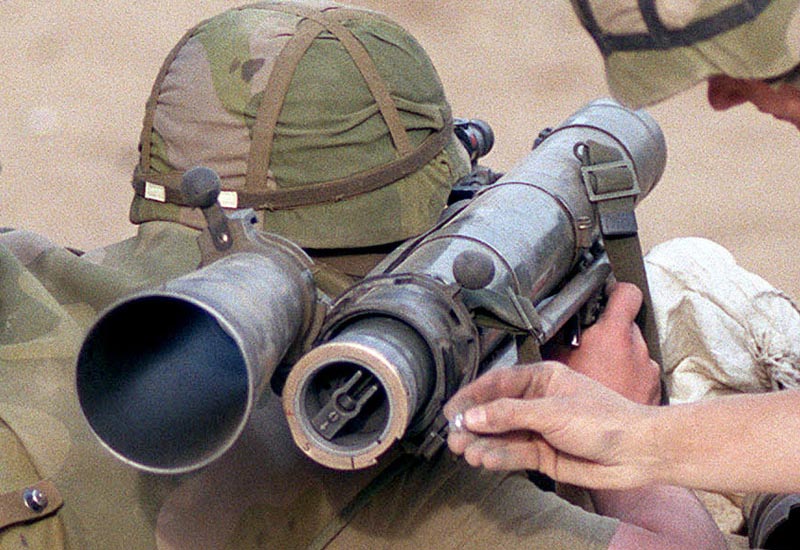 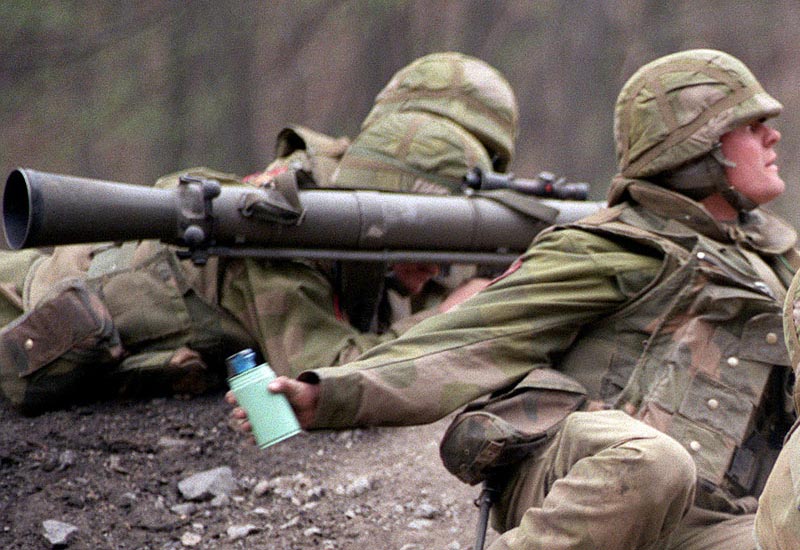 Side view of a Carl Gustav recoiless rifle being readied by a soldier; note foreground soldier lobbing grenade
❮ ❯