The Kestrel is an indigenous man-portable, armor-defeating solution developed by the nation of Taiwan.

Authored By: Staff Writer | Last Edited: 08/21/2022 | Content ©www.MilitaryFactory.com | The following text is exclusive to this site. 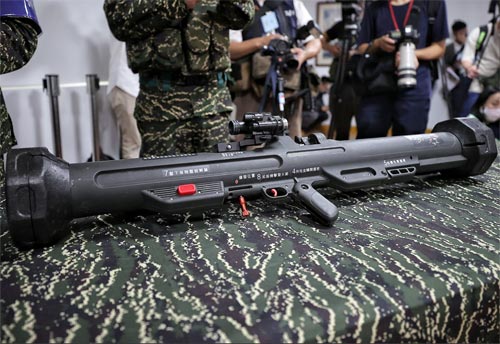 The constant threat of a Chinese amphibious invasion of the nation of Taiwan behooves the island nation to invest heavily in its defense forces. In some cases, the country is forced to design, develop, and manufacture homegrown solutions to modern battlefield problems and this has proven the case with the "Kestrel" shoulder-fired anti-tank rocket launcher. The weapon system entered service with the Republic of China Armed Forces in 2015 while design (and subsequent manufacturing) work by the National Chung-Shan Institute of Science and Technology (NCSIST) began in 2008 to help satisfy a standing requirement of the country's Marine Corps. This initiative then led to the finalized, trialed form of 2012.

To date, some 500 units have been delivered to Taiwan's defense forces which have operated the American M72 LAW (Light Anti-tank Weapon) for decades.

On the whole, the Kestrel is a conventional, man-portable, shoulder-fired anti-tank solution. It requires Line-of-Sight (LoS) to the target, utilizing a High-Explosive, Anti-Tank (HEAT) projectile. Sighting is through an iron arrangement and the frame supports the mounting of more advanced optics for accurized fire at-range. Optimal range reaches out to 400 meters though this is variable depending on the projectile at play as a High-Explosive Squash Head (HESH) projectile is also available for the launcher (greater penetration at reduced engagement ranges).

The system is of 110mm caliber, weighs 11lb (5 kg), and can be operated by a single infantryman. Its general design is reminiscent of both early-form and modern day tubed tank-killing solution, being tubular in shape and open at both ends of the launch tube (made of Fiber-Reinforced Plastic = FRP). The projectile sits within the tube, exiting from the muzzle while exhausting from the rear of the unit. The ergonomically-angled pistol grip / trigger unit sits under the tube in the usual way with optics mounted over the frame.

Beyond its fielding by primary Taiwanese defense forces, the system is also on order / in service with the Coast Guard Administration.©MilitaryFactory.com
Note: The above text is EXCLUSIVE to the site www.MilitaryFactory.com. It is the product of many hours of research and work made possible with the help of contributors, veterans, insiders, and topic specialists. If you happen upon this text anywhere else on the internet or in print, please let us know at MilitaryFactory AT gmail DOT com so that we may take appropriate action against the offender / offending site and continue to protect this original work.
Advertisements

Taiwan
(OPERATORS list includes past, present, and future operators when applicable)
✓ Anti-Armor / Anti-Tank / Anti-Material
Designed to engage and defeat armor / enemy tanks at range. ✓ Special Forces
Qualities of this weapon have shown its value to Special Forces elements requiring a versatile, reliable solution for the rigors of special assignments. ✓ Asymmetric Warfare
Design is highly variable / low-cost based on battlefield requirement and available materials; general use is in urban settings against an organized foe for high casualty count.

*May not represent an exhuastive list; calibers are model-specific dependent, always consult official manufacturer sources.
**Graphics not to actual size; not all cartridges may be represented visually; graphics intended for general reference only.
Max Eff.Range
1,315 ft
(401 m | 438 yd)
Rate-of-Fire
2
rds/min 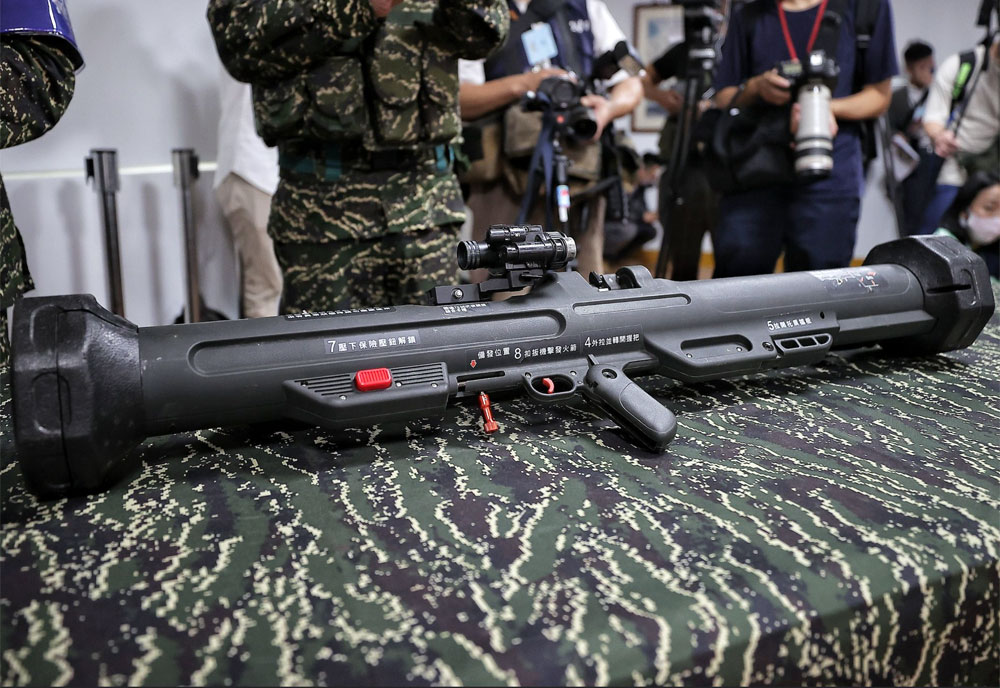 Official image from the office of the President; Public Release.