The VOG_17 is the grenade projectile used in the Soviet-era AGS-17 Plamya Automatic Grenade Launcher system.

Authored By: Staff Writer | Last Edited: 11/21/2022 | Content ©www.MilitaryFactory.com | The following text is exclusive to this site. 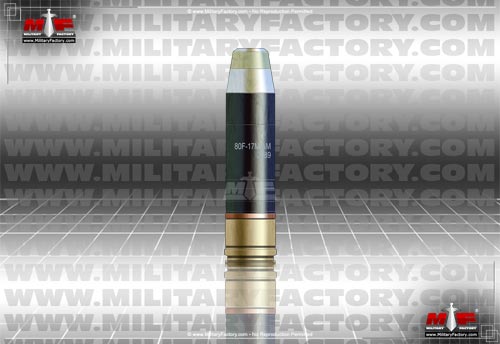 The VOG-17 is a cased 30x29mm grenade projectile primarily utilized in the belted Soviet-era AGS-17 ("Plamya" = "Flame") Automatic Grenade Launcher (AGL) system. The projectile was introduced in 1970 and continues to see widespread service today throughout conflicts ranging from the Soviet-Afghan War (1979-1989) and South African Border War (1966-1990) to the Nagomo-Karabakh (2020) and Ukrainian-Russian (2022-Present) wars. Design work began in 1967 under the direction of KB Tochmash with manufacturing handled by the Molot Plant.

The projectile has proven versatile in that it can be used in the infantry-level AGS-17 system as a troop suppression weapon, on helicopters as an airborne weapon (the remotely-controlled "AG-17A"), and on vehicles via a trainable pintle mount (or remotely-controlled as in the "AGS-17D"). Despite its Soviet-era roots, the weapon is still in service with modern Russian forces and other global players.

Today (2022), the projectile is increasingly used by Ukrainian military forces as an air-droppable munitions for various non-combat and off-the-shelf drone solutions. While not an overtly powerful munition in and of itself, it can prove lethal or damaging under the right circumstances specially to unsuspecting, unprotected / "soft" targets such as infantry. In this role, the VOG-17 grenade is somewhat crudely attached to the drone in some way or another with a rudimentary release method installed to simply drop the munition onto targets / target areas below the hovering unit. Surprise gives the drone the initiative in such a scenario though accuracy is somewhat questionable.

The grenade itself is constructed with a steel cartridge casing with internal explosive filling and general fragmentation to maximize lethality, detonation had upon impact.

The VOG-17M, VOG-30, VOG-30D, and IO-30 all represent a High-Explosive (HE) round. The IO-30TP is a practice round used in training. The VUS-30 designates smoke-producing grenades in the series. Arcus of Bulgaria produces the projectile in hand grenade form as the "AR-ROG". Local production of the AGS-17 weapon is handled in China by NORINCO and in Serbia (M93) and Vietnam (SPL-17) under license. It has also been manufactured in Iraq prior to the 2003 American invasion.©MilitaryFactory.com
Note: The above text is EXCLUSIVE to the site www.MilitaryFactory.com. It is the product of many hours of research and work made possible with the help of contributors, veterans, insiders, and topic specialists. If you happen upon this text anywhere else on the internet or in print, please let us know at MilitaryFactory AT gmail DOT com so that we may take appropriate action against the offender / offending site and continue to protect this original work.
Advertisements

Impact Detonation
Design relies on impact on target for detonation. (Material presented above is for historical and entertainment value and should not be construed as usable for hardware restoration, maintenance, or general operation - always consult official manufacturer sources for such information) 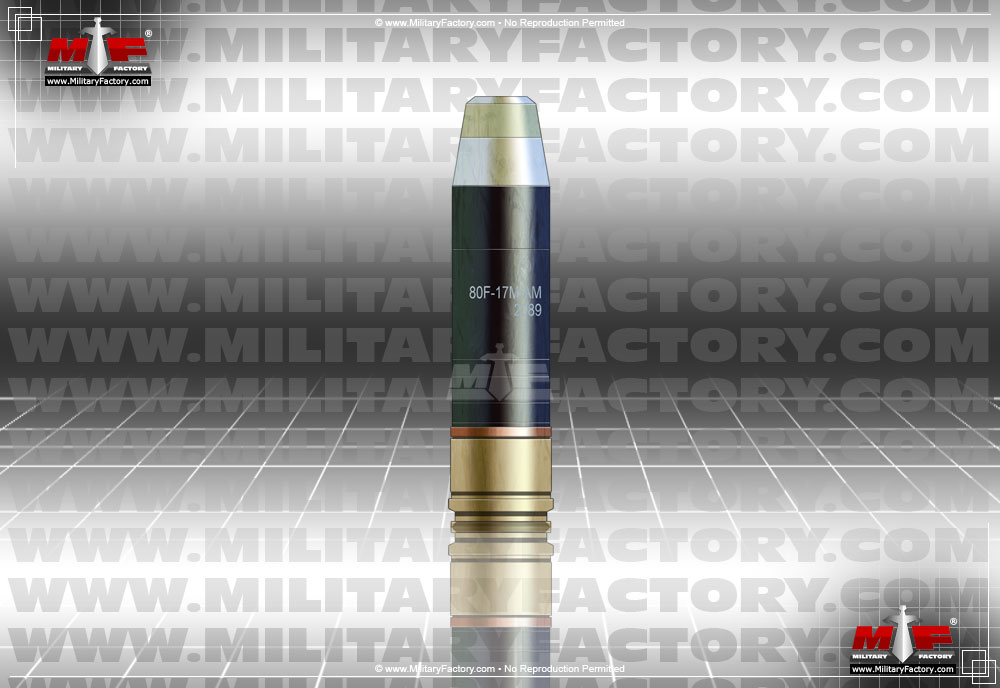