The SSW40 was unveiled by German concern Rheinmetall during Eurosatory 2022 as a squad-level fire support solution.

Authored By: Staff Writer | Last Edited: 06/15/2022 | Content ©www.MilitaryFactory.com | The following text is exclusive to this site. 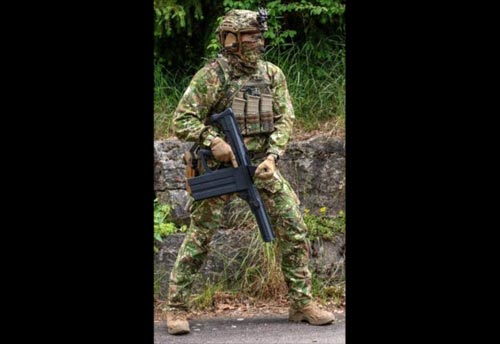 The SSW40 (Squad Support Weapon 40) is a new 40mm Automatic Grenade Launcher (AGL) unveiled by Rheinmetall of Germany during Eurosatory 2022. The company bills the weapon as the world's first 40mm-class automatic-action, magazine-fed, shoulder-fired grenade launcher all-in-one system. The design is intended to broaden the grenade-firing / fire support capabilities of modern infantry at the squad-level - suitable for unseating those stubborn foes behind embankments, under cover, or in buildings.

The launcher's design arrangement and function are very "rifle-like" as it employs the proven assault rifle configuration complete with shoulder stock, barrel assembly, and integrated pistol grip / trigger unit. Sighting devices allow for some accuracy-at-range as the weapon can reach out to targets / target areas as far away as 900 meters. The SSW49 is cleared to fire all 40mm grenade types - those currently found in the various Western inventories and those developments still to come - encompassing a broad range of projectile types including HE-FRAG (High-Explosive, FRAGmentation), Anti Tank (AT), door breaching, airburst, training rounds, general illumination and smoke, and sound / flash rounds based on mission need.

This versatility means the SSW40 can find operators at the law enforcement (special police) level as well.

The magazine feed utilizes a "quick change" feature which enhances the inserting of a fresh cassette / magazine into the frame. The frame further supports IR optics and laser aimers as well as the usual telescopic sighting devices found on common combat arms. Internally, the automatic action is aided by a self-regulating recoil system to keep barrel climb at a minimum and enhance precision between Direct Line of Sight (DLoS) and Non-Line of Sight (NLoS) actions.

Beyond its use against infantry, the SSW40 can be deployed against "soft-skinned" / light-armored vehicles with the appropriate projectile chambered.

The mobile battlefield of the future may very well require the facilities of the SSW40 where on-the-spot fire support will be needed to defeat embedded enemy infantry - particularly in urban fighting environments and scenarios. The advantage of the Rheinmetall approach is its assault rifle styling and handling, making it a portable and ideal tactical-level / infantry-level solution.

Development of the SSW40 is expected to conclude during 2023.©MilitaryFactory.com
Note: The above text is EXCLUSIVE to the site www.MilitaryFactory.com. It is the product of many hours of research and work made possible with the help of contributors, veterans, insiders, and topic specialists. If you happen upon this text anywhere else on the internet or in print, please let us know at MilitaryFactory AT gmail DOT com so that we may take appropriate action against the offender / offending site and continue to protect this original work.
Advertisements

*May not represent an exhuastive list; calibers are model-specific dependent, always consult official manufacturer sources.
**Graphics not to actual size; not all cartridges may be represented visually; graphics intended for general reference only.
Rate-of-Fire
12
rds/min 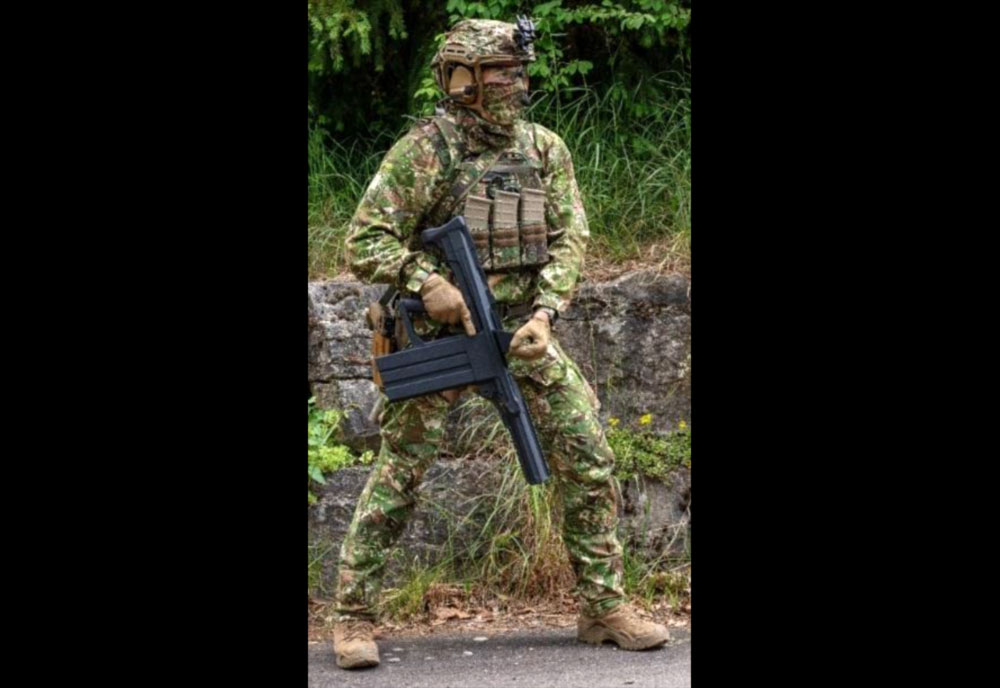