The Skif is a Ukrainian Anti-Tank, Guided-Missile solution that has seen active use in the ongoing Ukrainian-Russian War of February 2022.

Authored By: Staff Writer | Last Edited: 04/06/2022 | Content ©www.MilitaryFactory.com | The following text is exclusive to this site. 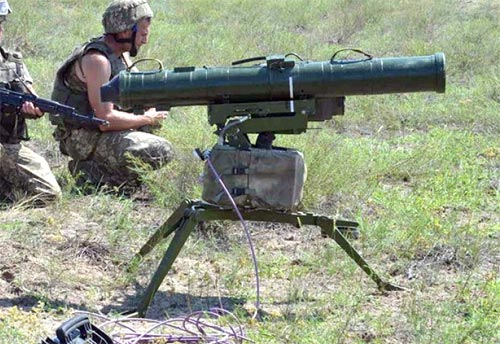 The "Skif" (oir Stugna-P) is a locally-designed, developed, and manufactured Ukrainian Anti-Tank, Guided-Missile (ATGM) weapon system. Such systems are dedicated to the anti-tank / anti-fortification role and provide armor defeating properties at-range. Design work on the product was handled by the Luch State Kyiv Design Bureau and service entry is reported to have occurred with Ukrainian Armed Forces sometime in 2011.

The weapon has been in active use in the Ukrainian-Russian War following the Russian invasion of its neighbor in February of 2022. In one report, the Ukrainians targeted - and successfully shot down - a hovering Kamov Ka-52 "Alligator" attack helicopter from cover, showcasing the versatility of this all-in-one system.

The complete system has a conventional arrangement involving the optics set, launch tube, and heavy-duty tripod support assembly. For maximum effectiveness, the weapon relies on an operating crew of between two and four personnel. The launch tube is cylindrical in its general shape, capped at both ends until made ready-to-fire. Optics are managed through the accompanying PDU-215 remote control, joystick-equipped interface panel wired for operation from the launch unit up to 50 meters out. This provides the crew with Semi-Automatic Command-to-Line-of-Sight (SACLOS) function via Television or thermal imaging channels through manual aim or "Fire and Forget".

The tandem-charge missile is detonated through an impact fuze arrangement and has reportedly good penetration effects against even modern armor protection - including those relying on Explosive Reactive Armor (ERA) blocks, primarily common to Main Battle Tanks (MBTs) today. Beyond its usefulness as an anti-armor solution, the missile can also be featured as a "Bunker Buster" against fortified, entrenched enemy units. Range is out to 5.5 kilometers in day time settings though this is reduced to 3 km in low-light level / night time environments requiring the use of thermal imaging hardware for maximum effectiveness.

The Skif system supports missiles in both 130mm and 152mm diameters and these are further offered with HEAT (High-Explosive, Anti-Tank) or HE-FRAG (High-Explosive, FRAGmentation) warheads to suit the battlefield need. The smaller missiles are relatively easier to transport and offer armor-defeating / tank-killing properties while the larger-diameter missiles are expectedly heavier but increase lethality at-range even further.

Overall weight of the launch system (sans missile component) is 215lb. This increases to 230lb with the armament installed and the system made ready-to-fire.

Beyond its typical tripod mounting, the weapon can also be affixed to vehicles, via a pintle mount solution, or operated as part of a complete Remote Weapon Station (RWS) atop the roof line of the more modern Armored Fighting Vehicles (AFVs) available to militaries today.

Beyond its adoption by Ukrainian Armed Forces, the Skif has been taken into service by the nations of Algeria, Morocco, Myanmar, and Saudi Arabia.
Advertisements

ANTI-ARMOR Inherent ability to engage / defeat armored targets at range.
BUNKER BUSTER Ability to defeat fortified / reinforced structures.
VEHICLE MOUNTING Versatility is such that it can be mounted to vehicles as an anti-infantry / area suppression solution.
SCOPE-CAPABLE / SIGHTING ASSIST Supports mounting of optics (scopes) to aid in accuracy for ranged fire.
TRIPOD ASSEMBLY Can be mounted to a tripod assembly, typically of heavy-duty construction for added accuracy in ranged fire.
PINTLE MOUNTING Can be mounted atop a trainable pintle assembly for additional support.
IMPACT DETONATION Detonation of this entry is reliant on impact at target / target area; typical quality seen in direct-fire weapons (rocket / missile launchers).

*May not represent an exhuastive list; calibers are model-specific dependent, always consult official manufacturer sources.
**Graphics not to actual size; not all cartridges may be represented visually; graphics intended for general reference only.
Max Eff.Range
6 ft
(2 m | 2 yd)
Rate-of-Fire
1
rds/min 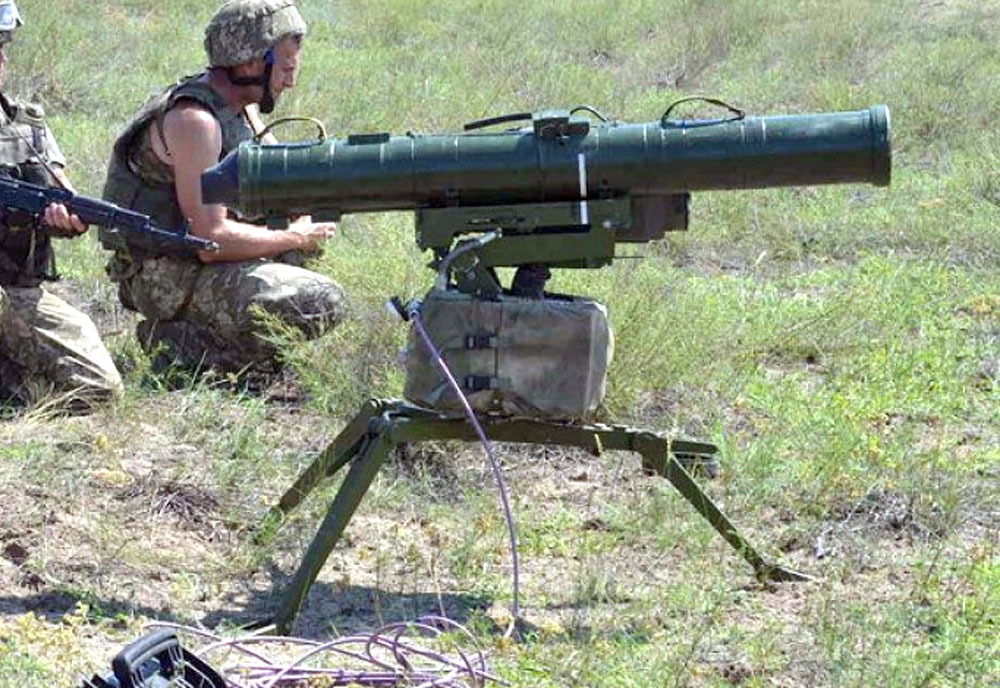 Image from User via Email.