The classic Lee-Enfield bolt-action service rifle served the British Empire from 1895 through 1957. 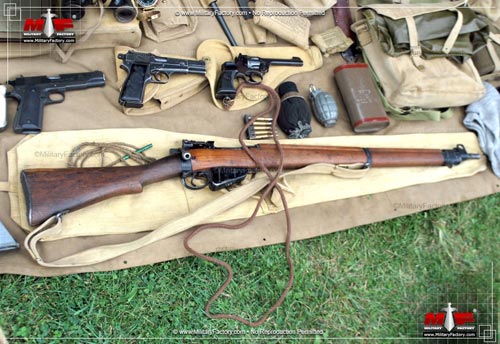 The Lee-Enfield series of rifles is one of the most successful bolt-action rifles of all time. First debuted in November 1895 as the .303 calibre, Rifle, Magazine, Lee-Enfield, the rifle has still found use today in military, sporting and ceremonial roles - over one hundred years since its inception in its original form. The rifle has been produced by a variety of manufacturers around the world including the United States, Canada, Australia and India. It is estimated that some 17 million rifles of this type have been produced in all its various marks.

Lee-Enfield rifles were the standard infantry rifle of the British in World War 1. The SMLE Mk III rifle excelled in its role though wartime demands forced a revision of the system. As such, the SMLE Mk III became the revised SMLE Mk III* model, a new production series designed with cost-efficiency and mass production in mind. After the war, the British Army adjusted their naming convention and the SMLE rifle no became the Rifle, No. 1 with appropriate marks.

In their SMLE Mk III form, the Lee-Enfield saw service from 1907 through the present day. The weapon weighed in at roughly 4 kilograms (8.8lbs) and featured an overall length of 1,130mm (44.5 inches) with a barrel length of 635mm (25 inches). The official cartridge designation remained the .303 Mk VII SAA Ball and the weapon sported a muzzle velocity of 2,441 feet per second with an effective range of approximately 2,000 yards. The weapon was fed from a 10-round magazine, loaded with 5-round charger clips through the top of the weapon body. Cartridges could be loaded individually as well. Sights consisted of the standard sliding ramp rear sight and a fixed-post front sight. Telescopic sights could be affixed to the top of the body for use as a sniper weapon.

World War Two brought about the Lee-Enfield in yet another renewed form, this becoming the famous Rifle, No. 4 Mk I. These rifles were official accepted into British Army service in 1941. These No. 4 rifles were built with the infantryman in mind, adding an inherent robustness to rival any of her counterparts. Weight was reduced to an extent, making her considerably more portable. A new bayonet was affixed to the underside of the forward rifle body as well, rounding out these very important war-winning changes. The No. 4 Mk I* became a mass-production version of the base No. 4 rifle. The rifle also appeared in a specialized sniper form during the war years, developed from choice existing Australian and British rifle models. These rifles would also see combat action in the upcoming Korean War.
Advertisements

"Jungle Carbines" appeared in the war years in an attempt to solve the need for such a weapon in the confines and rigors of a jungle environment. The Rifle, No. 5 Mk I was such a product and featured a flash suppressor and shortened length for increased portability. The Australians experimented with the Rifle, No. 6, Mk I Jungle Carbine. Neither model entered full quantitative production. Similarly, the "De Lisle Commando" was a specially-designed Lee-Enfield rifle (in carbine form) for British special operatives, these being chambered to fire the man-stopping .45 ACP cartridge while sporting a shortened barrel for increased portability and integrated sound suppressor for clandestine operations.

Many Lee-Enfields of early production runs were later modified to accept the .22 rimfire cartridge making these ideal and cost-effective weapons for use in rifle training of new recruits.

While the Cold War was in full swing, a move among NATO and her supporting countries brought about the standardized 7.56x51mm cartridge. Thusly, Lee-Enfield rifles were now converted as experimental rifles to fire this new ammunition. Trials for the gun were not enough to impress the British military to upgrade their existing supply of Lee-Enfields, but the Indian company of Ishapore did eventually produce 7.56x51mm-firing systems in the form of the Rifle, 7.62mm 2A and the Rifle, 7.62mm 2A1. Ishapore rifle production began in 1963 and continued through 1975, though their operational use has continued beyond that span.

Ishapore 7.62x51mm rifles featured a length of 1,130mm (44.5 inches) and an unloaded weight of 4.7 kilograms. The official cartridge designation remained the 7.62x51mm NATO round. The rifle had a muzzle velocity of 2,600 feet per second and fired from a 12-round detachable box magazine featuring 5-round stripper clips. Sights amounted to a fixed-front post-type sight and a sliding ramp rear sight. 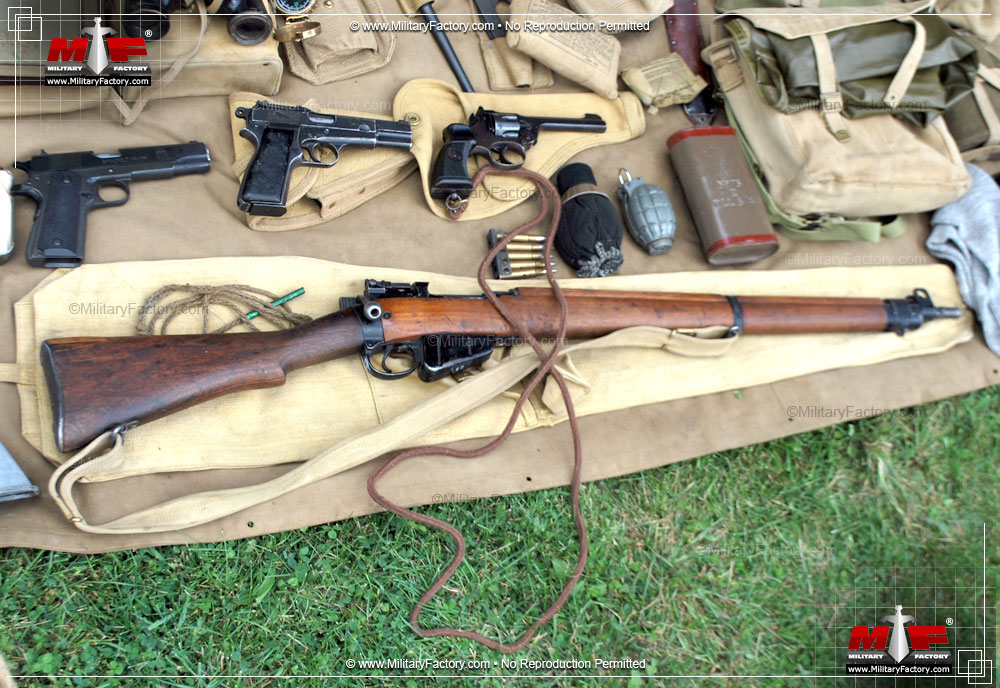 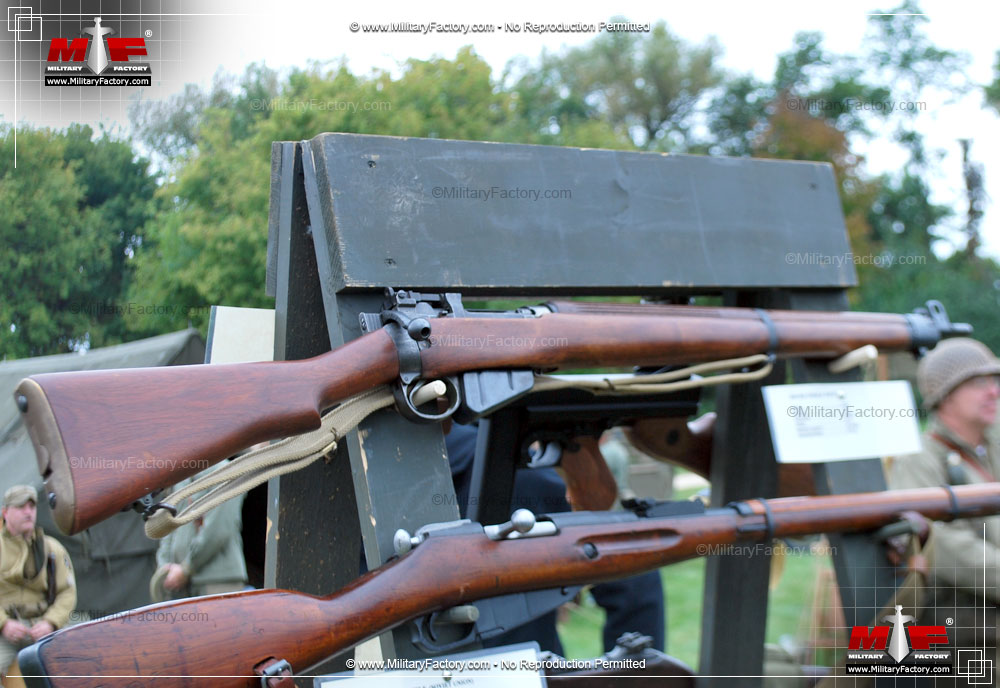 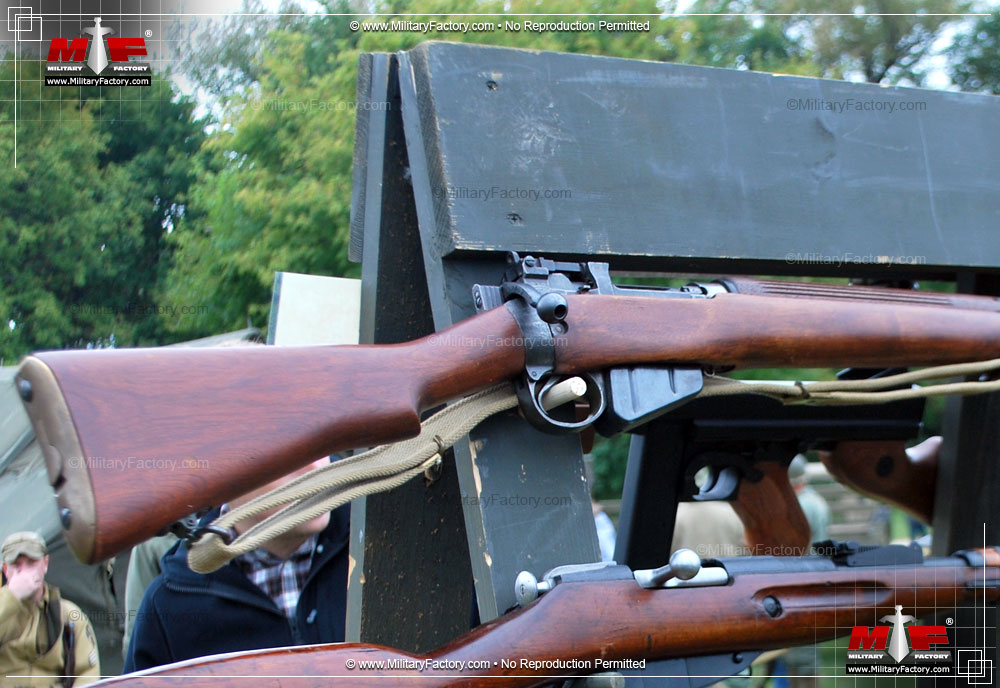 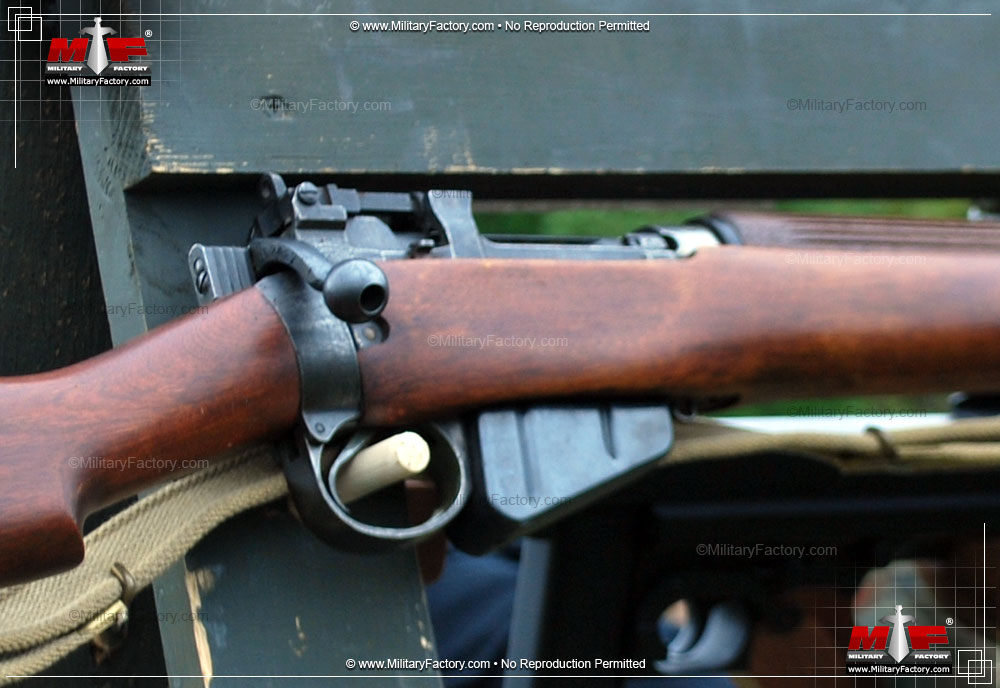 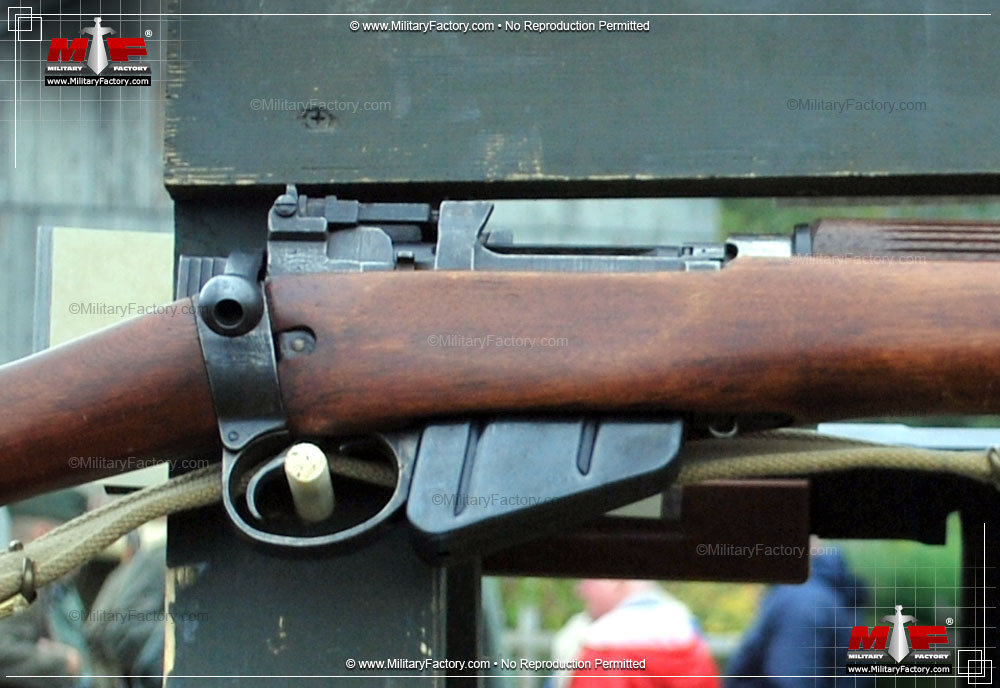 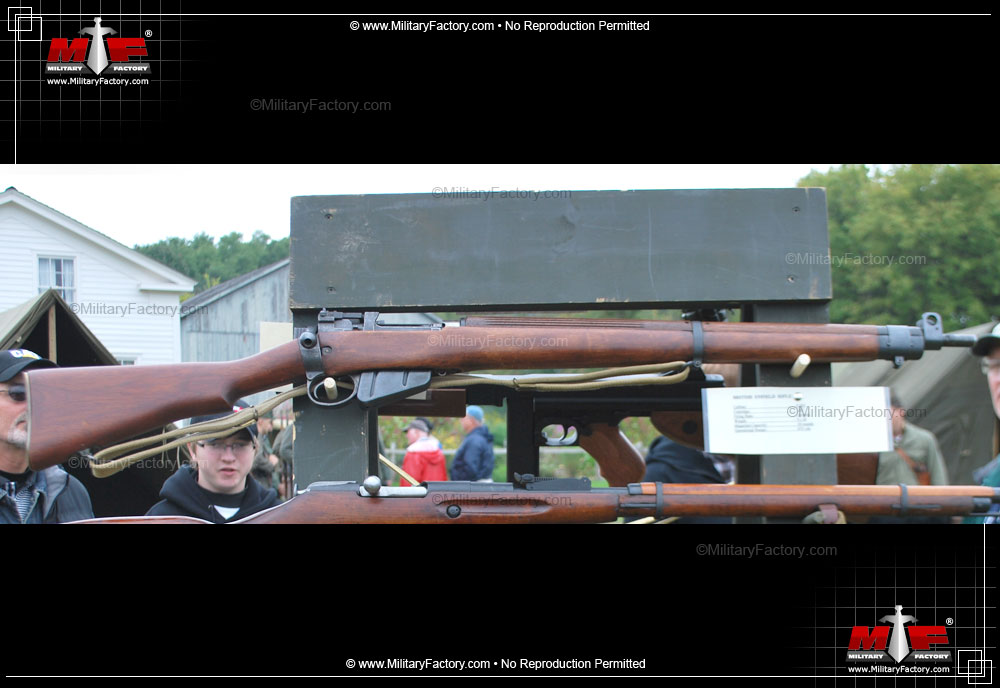 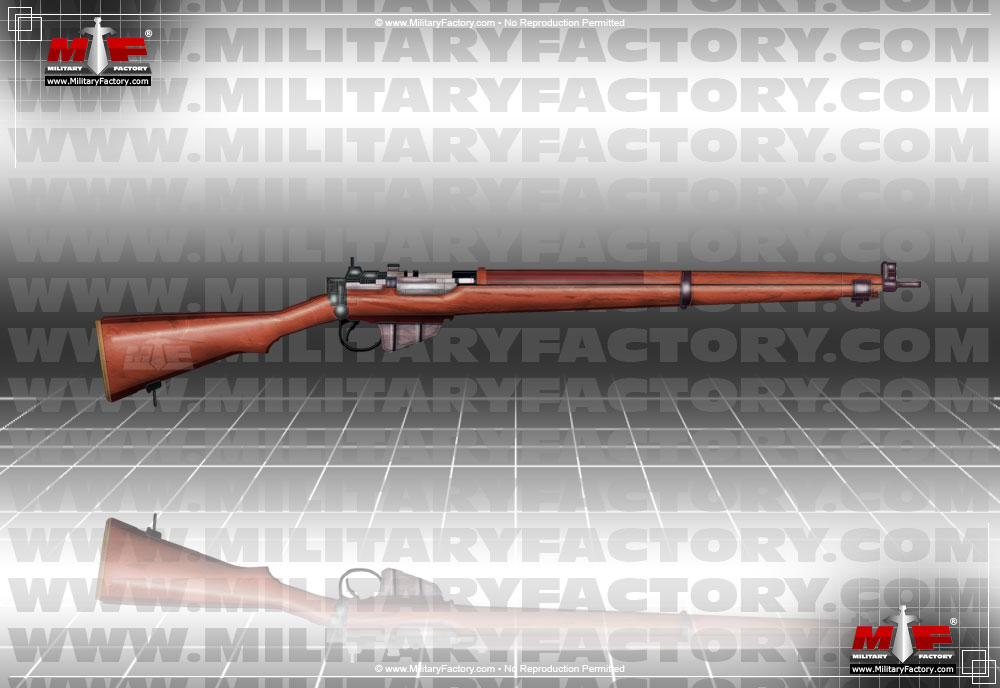 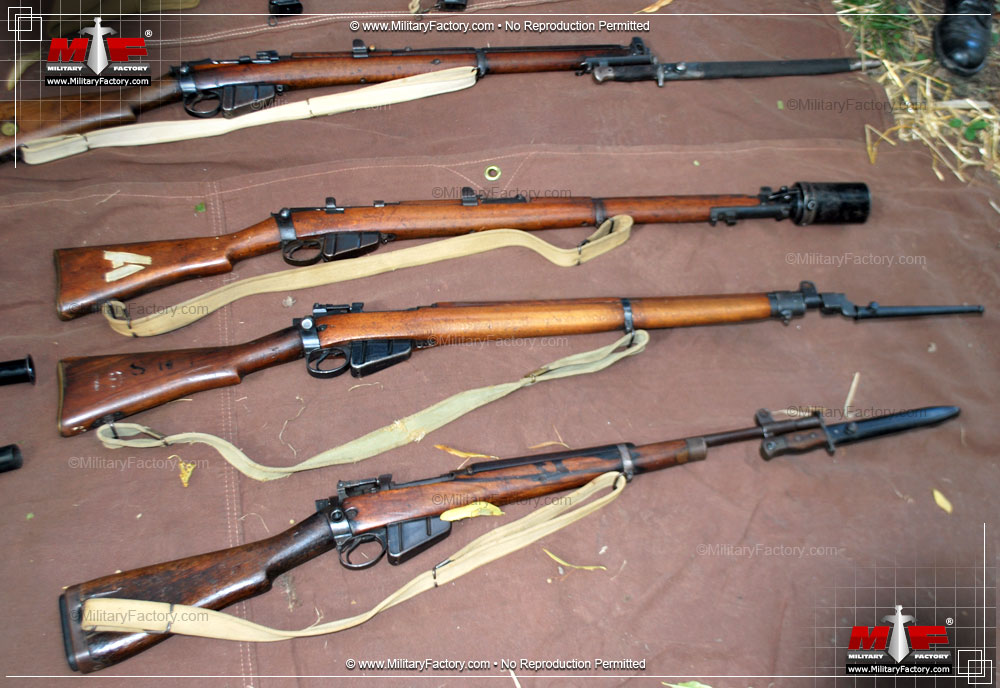 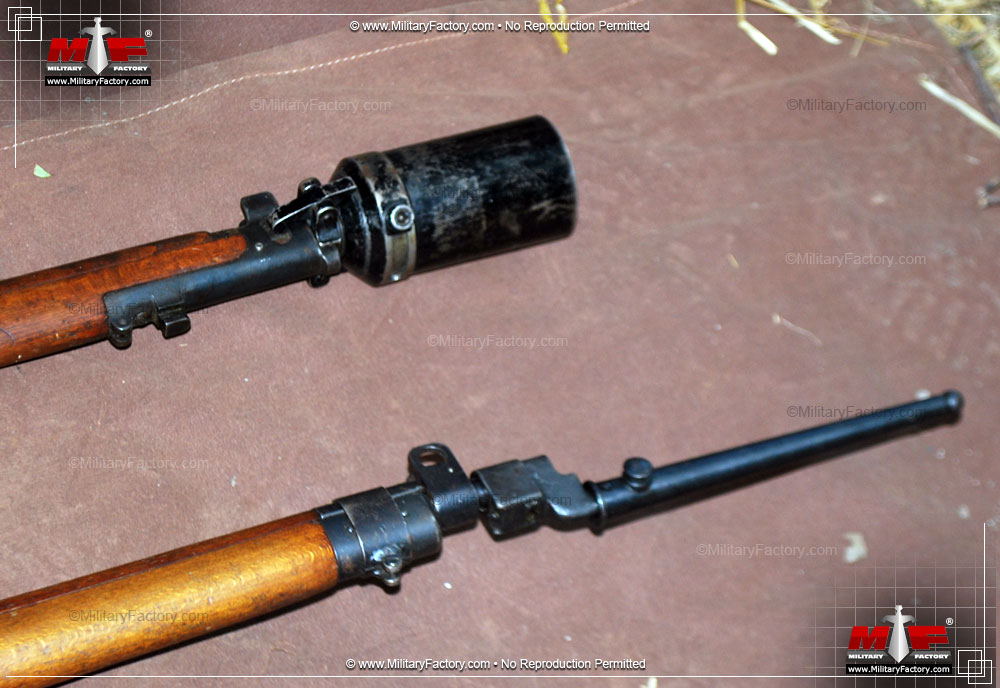