The Belgian FN MAG is one of the more successful post-World War 2 machine guns and is still in steady production today. 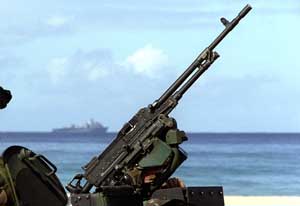 The FN MAG ("Mitrailleuse d'Appui General") was developed by the Belgian concern of Fabrique Nationale as a "General Purpose Machine Gun" intended for a variety of battlefield roles - namely automatic fire support. Due to its multi-role intention, the weapon can be carried by an individual operator on patrol via shoulder strap, set up in the fire support role by way of a folding bipod, used to protect valuable positions through use of a heavy-duty tripod or mounted on vehicles in the traditional way and used for suppression of enemy forces. The weapon was designed in the 1950s under the direction of Ernest Vervier and influenced by the German World War 2-era MG42 machine gun and previous work production of the M1918 Browning Automatic Rifle (BAR). The weapon entered production in 1958 and is still ongoing today, operated by some eighty nations worldwide, making it one of the most successful post-World War 2 machine guns.

The MAG follows the distinct quality and reliability of previous FN offerings proving the weapon a multi-faceted and durable addition to any military inventory. Chambered for the widely-accepted 7.62x51mm NATO cartridge, it comes as no surprise that the system has seen equally widespread adoption by many of the NATO players. The action is of gas operation (based largely on the M1918 BAR) in which the trailing propellants of a fire shot are collected in a port tapped at the barrel and driving a piston for subsequent shots in reaching automatic fire. However, unlike the BAR, the FN MAG makes use of a downward locking bolt. The weapon fires through an open bolt arrangement and uses non-disintegrating and disintegrating ammunition belts fed through the left side of the received, the emptied belt or spent shell casings ejected through the right side. There is a large cocking handle along the lower right side of the receiver, to which the receiver is rectangular in its general shape - the knob being pulled rearwards towards the operator to initially cock the weapon. Sighting is through a rear (folding leaf with aperture/notch) and front (blade) iron assembly. A folding bipod is standard on infantry versions. The shoulder stock includes a recoil depending assembling within and the operator manages a traditional pistol grip appendage aft of a looped trigger. The trigger ring is enlarged for use with a gloved hand. The muzzle sports a slotted compensator. A carrying handle is used to facilitate transports and also to handle an overheated barrel for changing.

The FN MAG sports a running length of 50 inches with a barrel measuring 21.5 inches. Unloaded, the weapon tops the scales at 26lbs. Cyclic rate-of-fire is 650 to 1,000 rounds per minute based on setting. Muzzle velocity is rated at 2,800 feet per second. The weapon features a listed effective range out to 800 meters while, under reduced accuracy, the system can reach as far out as 1,500 meters.

There are four major FN-produced variants. The MAG 60-20 is the basic infantry support weapon featuring a fixed shoulder stock, pistol grip and folding bipod. These versions can be fitted to pintle mounts for use as door gunner weapons on helicopters. The MAG 60-30 is intended for use on aircraft was a fixed, forward-firing mount controlled via solenoid arrangement. The MAG 60-40 is an armored vehicle coaxial variant fitted to both wheeled vehicles and tracked tanks. The MAG 10-10 is a tropicalized variant given a reduced length shoulder stock and shortened barrel and gas assembly for compactness. The ammunition feed is variable on some models allowing for the belt to enter through either side of the receiver, useful in a symmetrical configuration on aircraft.
Advertisements

The FN MAG was selected by many nations as its GPMG. One of the more notable operators, therefore, became the British Army who adopted the FN MAG under the designation of "L7". These were then procured in a plethora of variants all their own, from the base L7A1 model to the L7A2, the vehicle-mounted L8 series, the heavy-barrel L9, the remote-fire L20 series, the vehicle-mounted L37, the L43 ranging gun and the L44 of the Royal Navy. British versions were all produced locally under license, initially through the Royal Small Arms Factory at Enfield Lock and then (also currently) by Manroy Engineering.

Another of the notable military operators became the United States Army who adopted the FN MAG as the M240. It became the standard coaxial machine gun on the new line of M60 Patton Main Battle Tanks and, later, the M1 Abrams MBT. The M240B became an updated form of the original and utilized in an infantry support role as a medium machine gun beginning service in late 1995. The M240C featured a right-hand side feed while the M240D was used on helicopters through pintle mounts. The LAV operated the M240E1 series while the M240G took the place of the M60E3 GPMG for the US Marine Corps. The M240H was an improved form of the M240D model series. The M240L was a lightened version of the M240B.

Many of these versions vary in subtle ways - barrel finish, grips, shoulder stocks - and are completed to suit particular operator tastes, requirements and installations. In any case, the weapon remains faithful to the original Belgian design - an excellent offering on the modern battlefield despite its 1950s origins. 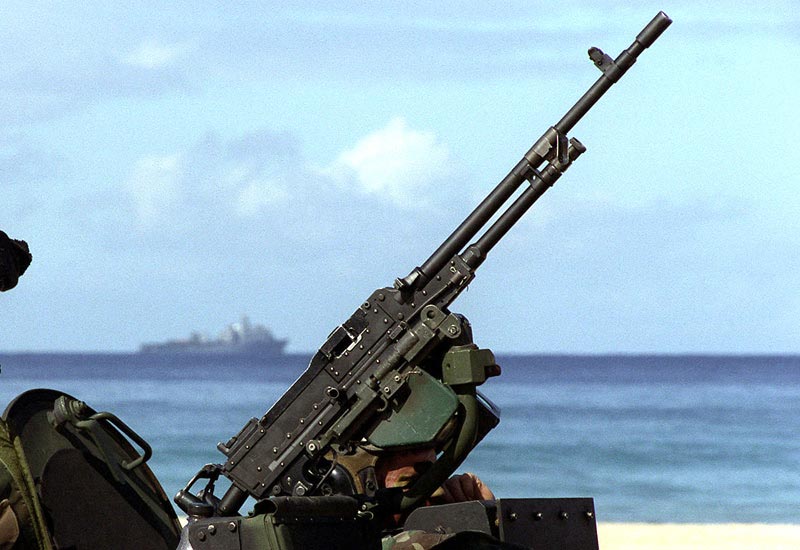 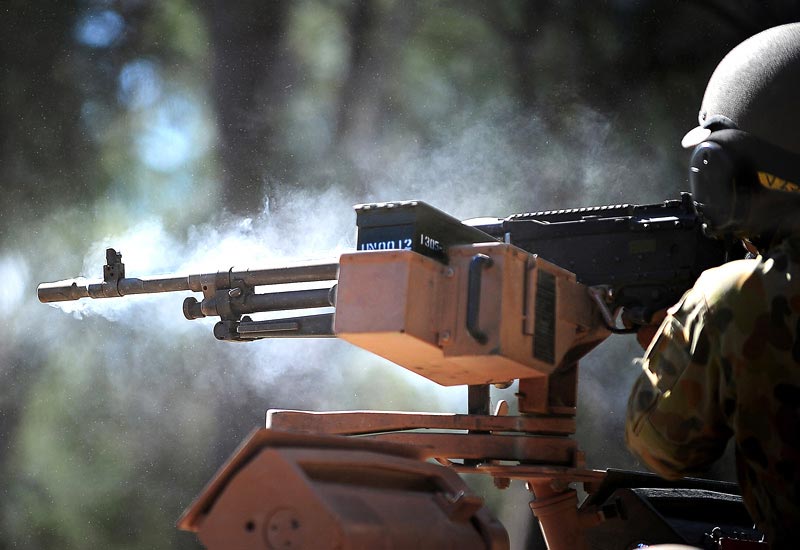 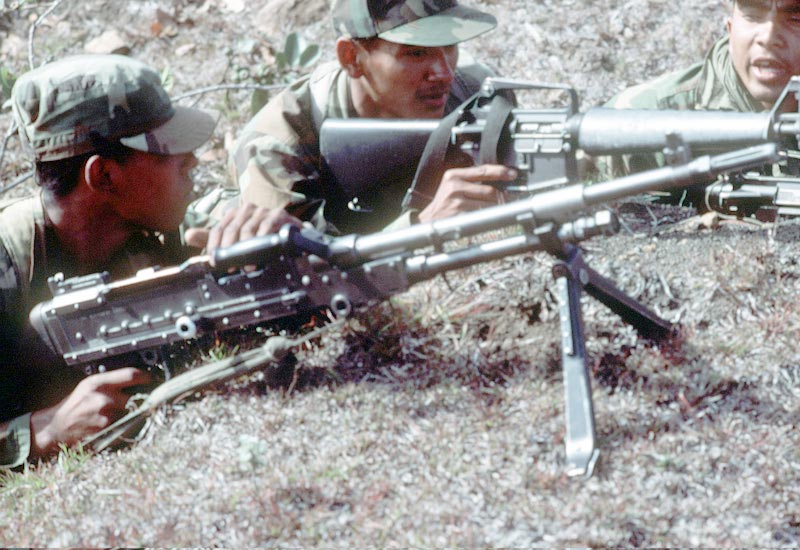 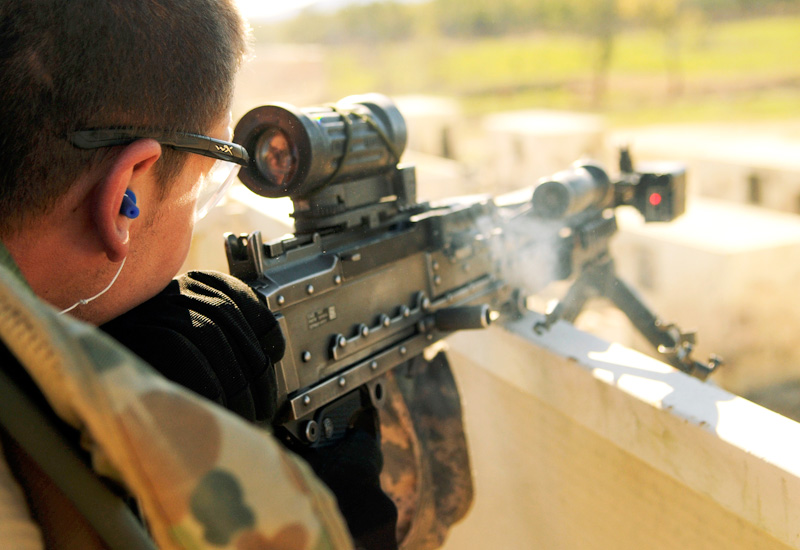