The Bushmaster M4-Type is based on the classic Colt M4 Assault Carbine and used by many forces around the globe.

Authored By: Staff Writer | Last Edited: 05/22/2018 | Content ©www.MilitaryFactory.com | The following text is exclusive to this site. 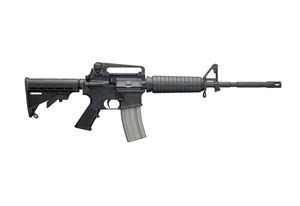 Despite its early issues, the AR-15/M-16-style assault weapon has proliferated the globe. This eventually led to the style being licensed and produced by other gun-makers around the world including Bushmaster Firearms international. The Bushmaster M4 Carbine is based in the AR-15 which also serves as the basis for the American military's Colt M16 Assault Rifle. The carbine form of the M16 is the M4 which the Bushmaster model mimics in both form and function.

The Bushmaster M4 weighs in at 6.22lb and has an overall length of 34.75 inches. The stock is collapsible for an even shorter profile. The barrel assembly measures 16 inches long. Supported cartridges of the series include .223 Remington, 5.56x45mm NATO, 6.8mm Remington SPC and 7.62x39mm Soviet depending on chambering. The action is based on the same gas-operated, rotating bolt system common to other AR-15 clones. Most versions are limited to semi-automatic fire which equals one bullet firing per trigger pull. Depending on the chambering, the weapon accepts 26- and 30-round STANAG-type (AR-15/M16) magazines. These are inserted into the magazine well located ahead of the trigger unit. Iron sights are standard and adjustable to suit the target requirements. Similarly, the Bushmaster model has a 6-position adjustable shoulder stock. A slotted flash hider is fitted over the muzzle. Optics are optional and supported over the receiver.

Other tactical accessories that can be fitted to the weapon include laser aimers, foregrips and flashlights.

Variants of the Bushmaster M4 include the M4A2 and M4A3 which largely mimic the respective Colt M4 Carbine forms in military service. There is also a "Patrolman's Carbine" variant marketed. The "M4 Type Post-Ban" model was developed in the mid-1990s to comply with the Federal Assault Weapons ban (since expired).

The Bushmaster M4 has been widely accepted as a military firearm, claiming users from Australian and Bahrain to Uruguay and Zimbabwe. Czech special forces members actively use the Bushmaster M4 (M4A3), which are modified to accept military-grade accessories and weapons, the M203 40mm single-shot grenade launcher being an example of the latter. Georgian military and police elements both rely on the type as standard issue.

Bushmaster Firearms International (of North Carolina) was founded in 1973 and continues to be an active supplier of firearms worldwide.
Advertisements

*May not represent an exhuastive list; calibers are model-specific dependent, always consult official manufacturer sources.
**Graphics not to actual size; not all cartridges may be represented visually; graphics intended for general reference only.
Rate-of-Fire
800
rds/min 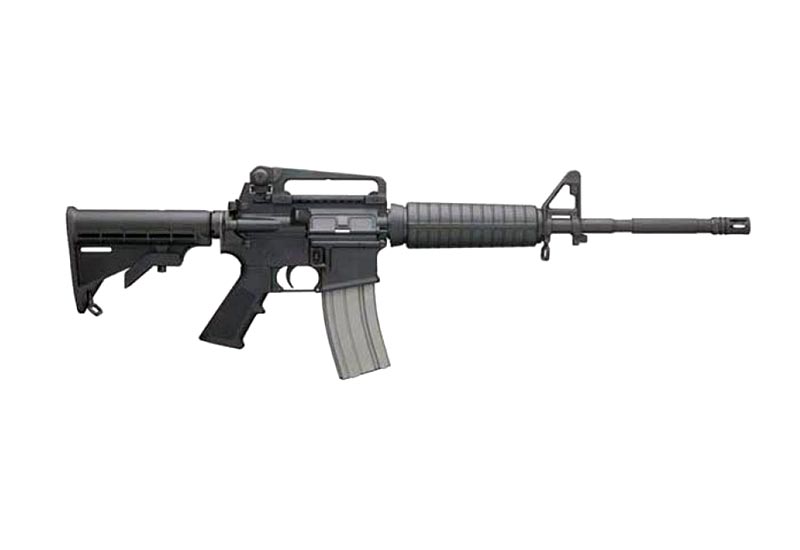