Though some thirteen Fargo-class cruisers were planned by the end of World War 2, just two completed vessels made up the class.

Authored By: Staff Writer | Last Edited: 03/20/2020 | Content ©www.MilitaryFactory.com | The following text is exclusive to this site. 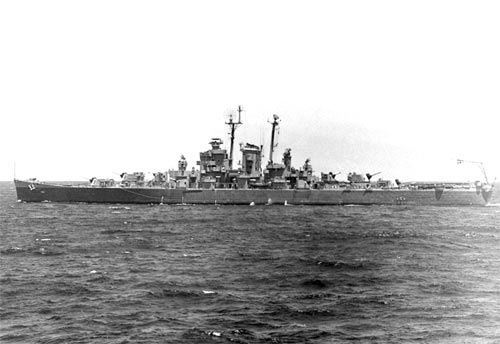 Fargo-class light cruisers were an offshoot group of the quantitative Cleveland-class relied on so heavily by the United States Navy (USN) in the Pacific Theater of War during the fighting of World War 2 (1939-1945). The Cleveland-class was envisioned as a 52-strong series of which only 27 were eventually completed. The Fargo-class followed and was, itself, intended as a 13-strong fighting force - to which just two of the line were built towards the end of the war - lead ship USS Fargo (CL-106) and her sole sister USS Huntington (CL-107). Eleven of the lot were cancelled with the cessation of hostilities in 1945.

As the Cleveland-class had a tendency to heavily roll in rough seas, changes were instituted in its design resulting in the new warship group. Key differences included improved firing arcs for air defense guns, a new, dimensionally-smaller and pyramidal-shaped superstructure, and a single, more compact, shorter smoke funnel. The changes were enough to garner the warship a new class name.

USS Fargo (CL-106) was built by the New York Shipbuilding Corporation of Camden, New Jersey and launched on February 25th, 1945 while the war was still in full swing. However, official commissioning of the vessel was not had until December 14th, 1945 which kept her out of World War 2. Nevertheless, the warship made a post-war career for itself for its time on the water.

The "Fargo" name was to be assigned to hull CL-85 which ended up being converted to the light aircraft carrier Langley (CVL-27) of the Independence-class.

As built, the design has a displacement of 12,000 tons under standard load and this increased to 14,360 tons under full load. Overall length was 610 feet with a beam measuring 66.3 feet and a draught down to 25.5 feet. Power was from 4 x Boilers feeding 4 x Geared steam turbines developing 100,000 horsepower to drive 4 x Shafts under astern. Aboard was a complement of 1,255 officers and enlisted and armor measured up to 5" at the belt, 2" across the deck, and 6" at the turrets.

The warship carried four recoverable floatplanes for observation, reconnaissance, Search & Rescue (SAR) sorties, and artillery support. A pair of catapults were set at the stern to launch these aircraft were an onboard crane was used to recover them.

All these traits were common to Cleveland-class light cruisers as well - from armor to armament - with the physical changes detailed earlier being the only major differences between the two designs.

After departing Philadelphia waters in April of 1946, USS Fargo held an "under-the-radar" existence for all of her ocean-going career - particularly subdued when compared to the storied warships of the Second World War she was intended to follow. She saw no direct combat at any point in her voyages and was used primarily for goodwill stops, as a floating deterrent, and in various live exercises. Her stops took her to regions such as the Caribbean, South America, the Atlantic Ocean, and the Mediterranean.

Back stateside on February 14th, 1950, she was placed in reserve in New Jersey waters where she lay until stricken from the Naval Register on March 1st, 1970. Her stripped hulk was sold off for scrapping on August 18th, 1971 bringing about an end to the warship.
Advertisements


USS Fargo (CL-106); USS Huntington (CL-107); NOTE: Eleven warships of the class were cancelled at various stages of construction with the end of World War 2 in 1945.

(Not all weapon types may be represented in the showcase above)
4 x Floatplane aircraft (recoverable). 2 x Stern-based catapults for launching. 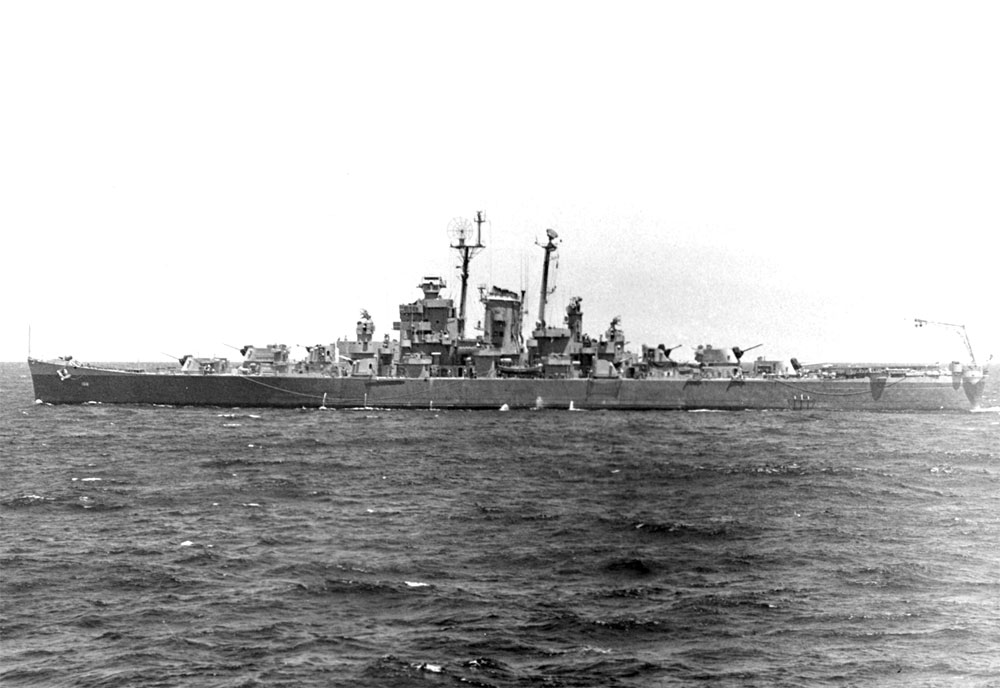