The Oliver Hazard Perry-class serves as the basis for the Taiwanese ROCS Cheng Kung guided-missile frigate and her sisters. 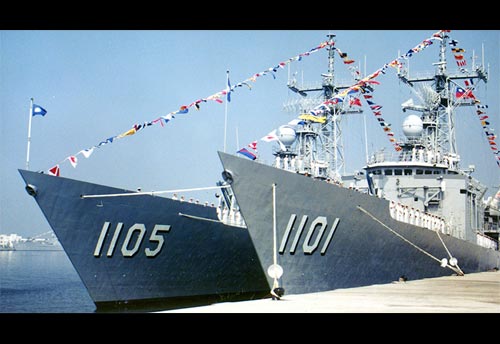 A close, decades-long relationship with the United States has given Taiwan closer defense ties with the most powerful military industry in the world. The Cheng-kung-class of guided-missile frigate is just one byproduct, serving the modern Taiwanese Navy known formally as the Republic of China Navy (ROCN). Based in the American Navy's Cold War-era Oliver Hazard Perry-class frigate (the long-hulled variety, with all but two built locally under license in Taiwan), the ROCN class is led by ROCS Cheng Kung (PFG2-1101).

The lead-ship was ordered on May 8th, 1989 and constructed to the modified Taiwanese standard by China Shipbuilding Corporation. Her keel was laid down on December 21st, 1990 and she was launched to sea on October 5th, 1991. Formally commissioned on May 7th, 1993, the frigate maintains an active status in the modest ROCN fleet - charged with the island's defense primarily against neighboring China.

The vessel is powered by proven General Electric LM2500-30 series gas turbines developing 40,000 horsepower to twin shafts, propelling the warship to speeds of 29 knots. Dimensions include a running length of 453 feet and a beam of 47 feet. Displacement is 4,100 tons under full loads.

Aboard is an operating crew of approximately 235 that includes 18 officers, nearly 200 enlisted personnel, and an air wing encompassing about 19 flight crew. The warship is outfitted with the AN/SPS-49 air-search radar system was well as the SPS-55 surface-search unit, STIR fire control radar, and SQS-56 sonar set. The Electronic Warfare (EW) suite is comprised of the AN/SLQ-32(V)5 system.

The profile of the warship offers conventional design lines. The bridge sits forward and atop the forward hull superstructure. The mast is of an exposed lattice design and the smoke funnels of a low profile. The helipad is set over the stern section of the ship. At this area is supported a single Sikorsky S-70C-1/2 type navalized helicopter offering over-the-horizon capabilities including Search & Rescue (SAR) and Anti-Submarine Warfare (ASW).


The complete class numbers ten total ships and these are fielded alongside the four-strong Kee Lung-class of destroyers (ex-USN Kidd-class), the six-strong Chi Yang-class of guided-missile frigates (ex-USN Knox-class), and the six-strong Kang Ding-class (from the French La Fayette design standard).
©MilitaryFactory.com
Note: The above text is EXCLUSIVE to the site www.MilitaryFactory.com. It is the product of many hours of research and work made possible with the help of contributors, veterans, insiders, and topic specialists. If you happen upon this text anywhere else on the internet or in print, please let us know at MilitaryFactory AT gmail DOT com so that we may take appropriate action against the offender / offending site and continue to protect this original work.
Advertisements

ANTI-AIRCRAFT Onboard systems alert and protect the vessel from airborne, low-flying airborne threats through ballistic and / or missile weaponry.
OVER-THE-HORIZON An Over-the-Horizon operational capability is granted to the vessel, typically through launched fixed-wing / rotary-wing aircraft.
MISSILE ARMAMENT The vessel supports the launching of missiles against airborne, waterborne, or land-based targets at range; typical of modern designs.
TORPEDOES Ability to launch torpedoes against ocean-going targets.

(Not all weapon types may be represented in the showcase above)
1 x Sikorsky S-70C-1/2 navy helicopter supported from the stern-based helipad. 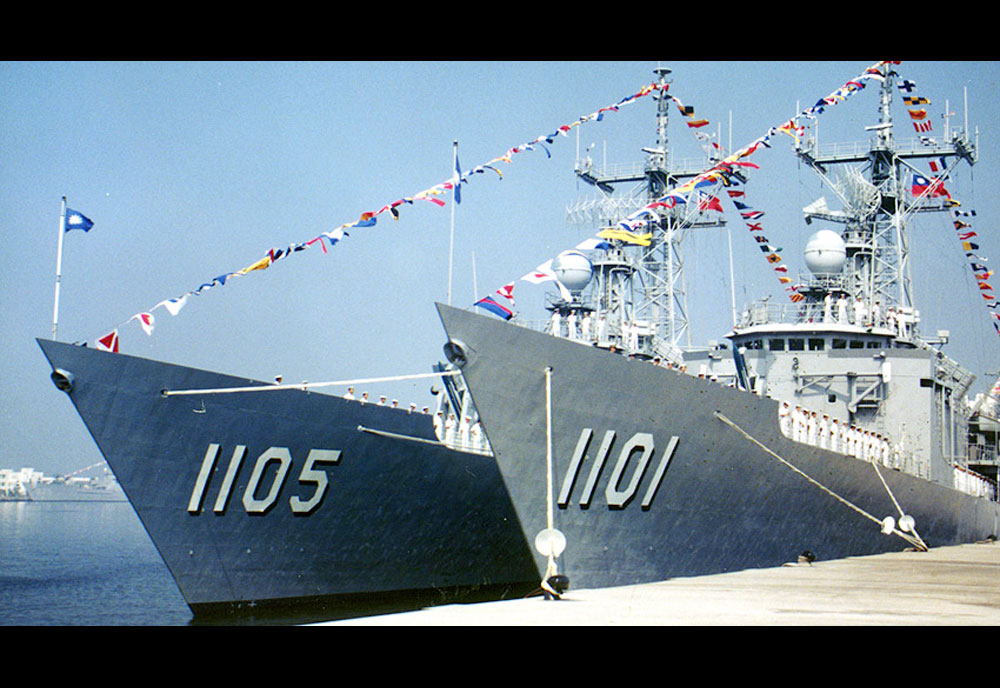 Image from the Republic of China website; Released to the Public.