The Hatakaze-class guided missile destroyer group numbers two and is led by JDS Hatakaze DDG-171 herself.

Authored By: Staff Writer | Last Edited: 08/08/2018 | Content ©www.MilitaryFactory.com | The following text is exclusive to this site. 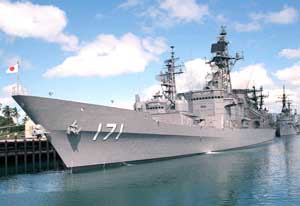 Japan's strategic placement in the Pacific (both trade and militarily) has meant that a strong naval presence has always been a requirement for the island nation. More recently, the growth of China in the region has meant that its neighbors have been given notice and particular focus is now on resource-rich islands in the South China Sea. As such, the Japanese Navy has been relatively consistent in providing modern, capable fighting solutions to head off a belligerent act from any one party that threatens its own welfare or those of its regional allies.

The Hatakaze-class of guided missile destroyers appeared during the early 1980s to form a group of two-strong surface vessels. The line succeeded the Tachikaze-class destroyers as a similar, though improved form, and was itself succeeded by the Kongo-class of 1990. Lead ship JDS Hatakaze (DDG-171) saw her keel laid down on May 20th, 1983 and she was launched on November 9th, 1984. Formally commissioned on March 27th, 1986, Hatakaze currently (2015) makes her homeport out of Yokosuka. Her sister, JDS Shimakaze (DDG-172) entered service in March of 1988 and is based out of Maizuru.

Guided missile destroyers are the evolution of the gun-armed destroyers whose pinnacle was reached in the fighting of World War 2 (1939-1945). These vessels were themselves the pinnacle of ship design that began with the original "torpedo boat destroyers" designed to directly combat fast-moving torpedo boats aimed at destroying capital ships. Today's guided missile destroyers, as their name suggests, are largely missile-armed vehicles aided by advanced search, tracking and engagement suites. Destroyers can engage airborne, seaborne or undersea foes as required offering ranged firepower through various means.

JDS Hatakaze displaces at 4,675 tons under standard load and features a length of 492.1 feet, a beam of 53.9 feet and a draught of 15.8 feet. Propulsion is by way of 2 x Kawasaki (Rolls-Royce Spey) SM1A gas turbines used in cruising while 2 x Rolls-Royce Olympus gas turbines are used for high-speed dash actions. Output is 72,000 horsepower to 2 x shafts under the stern. This arrangement is known as COGAG - "COmbined Gas And Gas". Maximum achievable speeds in ideal conditions is about 30 knots which makes her relatively fast for her size.

Her design profile is traditional with a raised bow. A break is featured at the upper deck along the forecastle. Three armament stations are seen here - a Surface-to-Air Missile (SAM) launcher, a 5" turreted deck gun and the ASROC launcher. The bridge superstructure sports a lattice mainmast which seats an SPS-52C air-search radar system. A single funnel is set at midships. A shorter lattice mast is installed over the aft superstructure and is home to an OPS-11C air-search system. Nearer the stern is another 5" gun installation while the stern proper is a helicopter flight deck platform. The flight deck can support a medium-lift type helicopter - typically the Mitsubishi (Sikorsky) SH-60 "Seahawk" for Anti-Submarine Warfare (ASW) sorties.

As of 2015, Hatakaze maintains an active presence in the modern Japanese fleet.
Advertisements

(Not all weapon types may be represented in the showcase above)
1 x Mitsubishi (Sikorsky) SH-60 Seahawk navy helicopter. 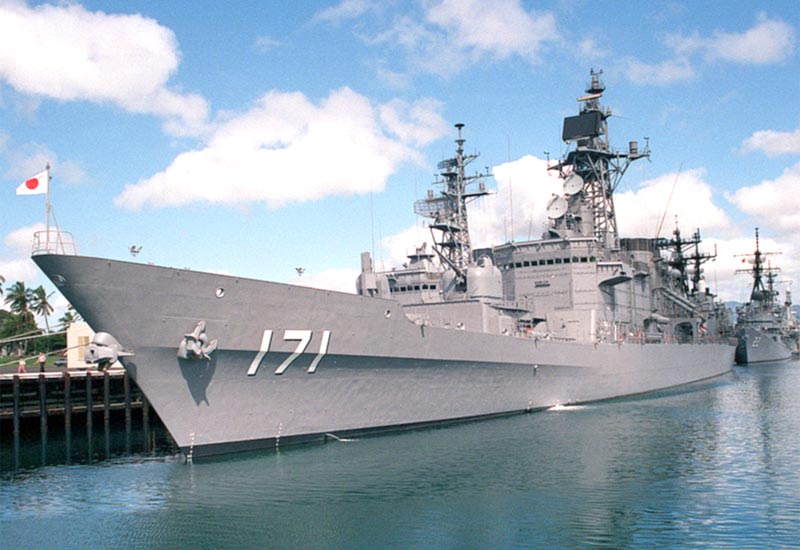