The FDI guided-missile frigate is forming the future of French and Greek naval strength in the Mediterranean Theater.

Authored By: Staff Writer | Last Edited: 10/01/2021 | Content ©www.MilitaryFactory.com | The following text is exclusive to this site. 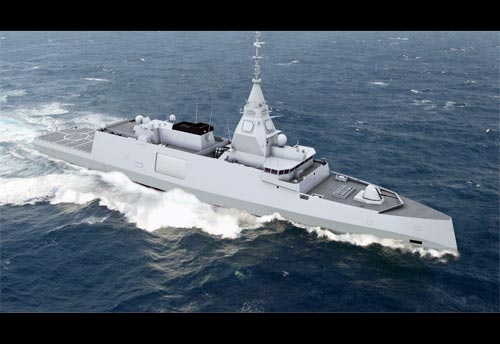 The future of the French Navy involves the all-new, all-modern stealth-centric "Fregate de Defense et d'Intervention" ("Intervention Defense Frigate"). The class (originally born under the "Fregates de Taille Intermediaire" (FTI) program name) is of relatively compact dimension while being conventionally powered and equipped with the latest sensor and processing systems available. The type will rely on a broad mix of ballistic, missile, and torpedo weaponry to cover an equally broad range of sorties. The group is expected to come online in commissioned service in 2024 with five vessels earmarked for the French Navy. Recently (September 2021), the Hellenic Navy of Greece contracted for three of the type.

As planned, the group will displace in the 4,460 ton range and sport an overall length of 400.2 feet with a beam of 58 feet. Power is set to come from a COmbined Diesel-And-Diesel (CODAD) arrangement giving an output power of 43,000 horsepower driving 2 x Shafts astern. Each pair of diesels will drive power to a single shaft as needed, enhancing fuel economy and operating range while also playing up to the strengths of a compact footprint consistent with frigate warship design. Maximum speed, under ideal conditions, is estimated to reach 27 knots with range out to 5,000 nautical miles - giving these warships good "legs" in Blue Water environments.

Aboard will be a complement of 110 with an air arm contingent of approximately fifteen. Onboard supplies will allow the ship to sustain operations on-station for up to 45 days. Installed components include the Thales "SeaFire" multi-function Active, Electronically-Scanned Array (AESA) radar and the Kingklip Mark 1115 hull sonar with CAPTAS-4 series towed array unit.

For the "multi-mission" approach, the vessels are slated to carry a mix of weapons led by the 76mm OTO-Melara "Super Rapid" turreted deck gun installed at the forecastle - beyond engaging enemy warships at range, the gun will provide a hard-hitting, accurate offshore bombardment solution. There will also be 2 x 20mm Automatic cannons under remote-control for close-in defense against inbound aerial targets. The missile suite will employ 4 x 8-cell Sylver A50 Vertical Launching System (VLS) housing the MBDA "Aster 15/30" series Surface-to-Air Missile (SAM) and 2 x 4-cell EXOCET MM-40 Block 3 anti-ship missiles. Rounding out the armament systems will be 2 x Twin-tubed torpedo launchers supporting the EuroTorp MU90 family of torpedoes.

The class will also benefit from a rotary-wing capability made possible by the combination hangar-helipad deck section over the stern. Supported types will include the NHIndustries NH90 medium-lift helicopter equipped to handle the Over-the-Horizon (OtH) Anti-Submarine Warfare (ASW) role as well as Search & Rescue (SAR) and at-sea resupply. Support for UAVs will also be integrated.

The general profile of the design will incorporate physical stealth features such as an unbroken hull line running from bow to stern. The turreted deck gun over the forecastle will be the primary protrusion at front with the bridge set low at the hull superstructure. The mast works are all enclosed and positioned aft and above the bridge. The smoke funnels are of an all-enclosed, low-profile design and set within the midships section which integrates the helicopter hangar leading out to the helipad over the stern.

Well-armed, fast, and powerful, the class is expected to considerably beef up French Navy capabilities in the Mediterranean and elsewhere as a general support platform or as part of a larger fighting task force.

The five named French vessels of the class are FS Amiral Ronarc'h, FS Amiral Louzeau, FS Amiral Castex, FS Amiral Nomy, and FS Amiral Cabanier - all to be constructed by the shipbuilding specialists of DCNS Lorient. Amiral Ronarc'h saw her keel laid down in November 2021 and is scheduled to be commissioned in 2024. Like other modern ships, the vessel is being economically built in separate modular components, these sections to be brought together during final assembly. The other four warships are set to follow online in 2026, 2027, 2028, and 2029, respectively.

Greece and its Hellenic Navy has become the first export customer for the FDI warship type. The country has contracted for three ships under the Belharra-class name with commissioning of the trio set for 2025-2026. The deal was announced in September 2021 as the two countries share mutual interest in stability of the Mediterranean where the Turkish Navy has clashed with Greece and the EU. Greek warships will have provision for 1 x 32-cell VLS housing the Aster-30 series SAM as well as launchers for the French "Exocet" (Block 3) anti-ship missile and MU90 torpedo family. Instead of supporting the NH90 helicopter, Hellenic ships will operate the Sikorsky MH-60R "Seahawk" helicopter for the shipborne ASW role. The three warships will be built by DCNS Lorient of France.

The design follows the La Fayette-class into service. These twenty vessels began service in 1996 and currently operate with the French, Saudi, Taiwanese, and Singaporean navies.
Advertisements

SHALLOW DRAUGHT Vessel's hull design is such that it can operate in close-to-shore / shallow water environments.
ANTI-AIRCRAFT Onboard systems alert and protect the vessel from airborne, low-flying airborne threats through ballistic and / or missile weaponry.
OVER-THE-HORIZON An Over-the-Horizon operational capability is granted to the vessel, typically through launched fixed-wing / rotary-wing aircraft.
MISSILE ARMAMENT The vessel supports the launching of missiles against airborne, waterborne, or land-based targets at range; typical of modern designs.
TORPEDOES Ability to launch torpedoes against ocean-going targets.

(Not all weapon types may be represented in the showcase above)
1 OR 2 x Medium-lift navalized helicopters supported from the stern flight deck / hangar area; equipped for Anti-Submarine Warfare (ASW) function. 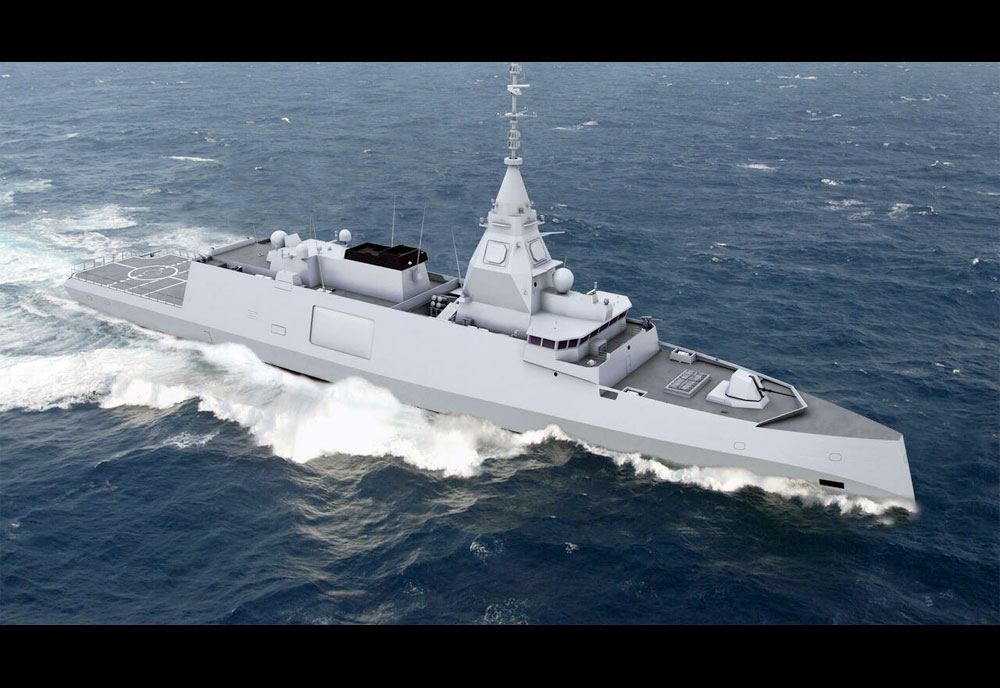