CNS Yueyang 575 was commissioned into service with the PLAN in 2013 and sails as part of the crucial South Sea Fleet. 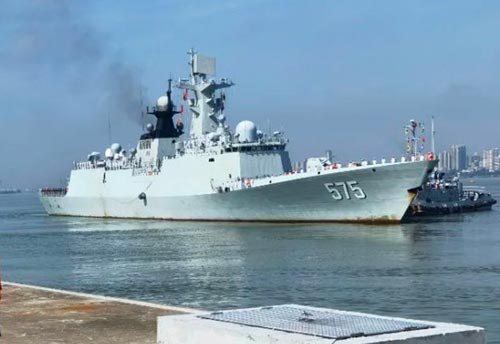 CNS Yueyang (575) is a modern guided-missile frigate operated by the People's Liberation Army Navy (PLAN) service of China. It forms a portion of the potent, and numerous, Type 054A class (NATO: Jiangkai II-class). These ships are set to number some fifty total hulls when completed with thirty now in active service with the PLAN as of July 2022. The warships were built at the Hudong-Zhonghua and Huangpu shipyards.

The 4,200-ton displacement CNS Yueyang saw her keel laid down by Huangpu Shipyard of Shanghai in June of 2010 and the vessel was formally launched to sea on May 10th, 2012. She was officially commissioned into service in 2013 and remains in active service with the South Sea Fleet (2022).

The warship measures 440 feet long and has a beam of 52 feet. Internally, power is derived from a COmbined Diesel-And-Diesel (CODAD) arrangement to maximize fuel economy based on required action (cruising or dash). The arrangement consists of 4 x Shaanxi 16 PA6 SYC marine diesels of 7,600 horsepower each driving 2 x shafts astern. This allows for a maximum straightline speed of 27 knots and a range out to 8,025 nautical miles.

Aboard is a complement of 165 commanding officers, sailors, and support staff. The ship carries the Type 392, Type 344, and Type 345 radar fits. The Type 347G makes up the Fire Control System (FCS) and a pair of Racal RM-1290 systems serve as I-band navigation radars. Like other modern frigates, the ship has a bow-mounted sonar as well as a towed array for submarine hunting.

The Type 922-1 serves as the vessel's Radar Warning Receiver (RWR). A complete Electronic CounterMeasures (ECM) and Electronics INTelligence (ELINT) suite are provided to deal with all modern threats at-sea.

The profile of the warship is conventional by modern standards: Chining is seen running from the bow to the stern along the hull line. The bridge section sits above the forecastle's turret with a commanding view of the sea ahead. Atop the superstructure is an enclosed main mast. A secondary mast is positioned just aft and low-profile smoke funnels are in play. The hull superstructure is continuous and leads to the helipad area over the stern complete with integrated hangar support facilities. From this section, the ship supports a single Kamov Ka-28 "Helix" or similar navy helicopter for over-the-horizon work (including submarine-hunting).

As part of the South Sea Fleet, Yueyang can serve in the airspace deterrent role or support amphibious assault landings. It can be used effectively against airborne threats, on-sea threats, and undersea threats with equal lethality all the while operating independently or as part of the main fighting fleet.

To date (2022), the warship has been a participant in several exercises with the PLAN fleet but has yet to see proven combat service.©MilitaryFactory.com
Note: The above text is EXCLUSIVE to the site www.MilitaryFactory.com. It is the product of many hours of research and work made possible with the help of contributors, veterans, insiders, and topic specialists. If you happen upon this text anywhere else on the internet or in print, please let us know at MilitaryFactory AT gmail DOT com so that we may take appropriate action against the offender / offending site and continue to protect this original work.
Advertisements

(Not all weapon types may be represented in the showcase above)
1 x Kamov Ka-28 "Helix" or similar navy helicopter supported from the stern helipad / hangar-deck section. 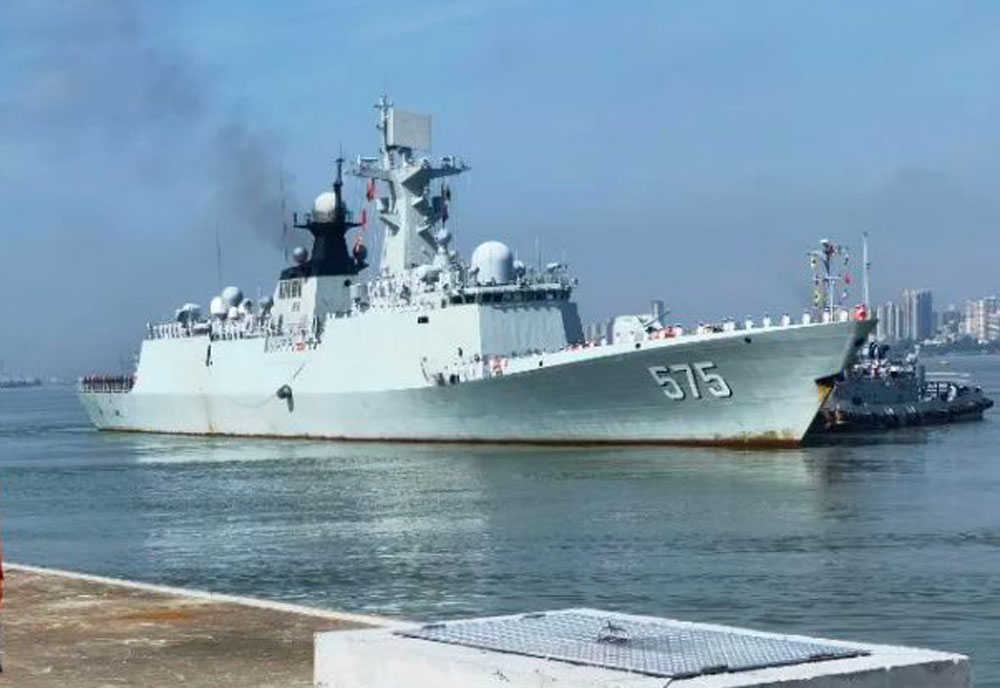