CNS Rizhao 598 represents a relatively new addition to the Chinese surface fleet - commissioned in 2018 and maintaining an active presence today.

Authored By: Staff Writer | Last Edited: 01/23/2023 | Content ©www.MilitaryFactory.com | The following text is exclusive to this site. 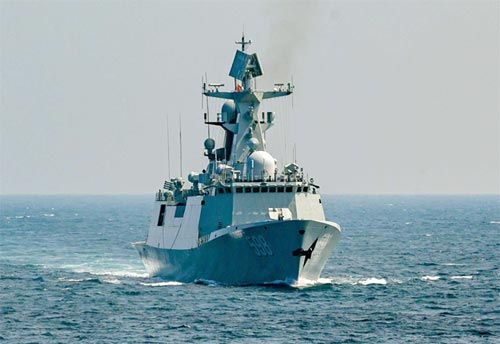 The Chinese naval fleet is one of the largest in the world ranking 1st overall in the Global Firepower annual index with some 730 total units available (including submarines). A critical component of surface operations is the guided-missile frigate of which the fleet operates over forty hulls. One of these designs is the Type 054A, known to NATO as Jiangkai II-class, and one this number is CNS Rizhao (598), and all-modern surface combatant.

Rizhao, launched on April 1st, 2017, is a 4,200-ton frigate commissioned on January 12th, 2018 and today (2023) serving as part of the North Sea Fleet in an active capacity. She has a running length of 440 feet with a beam measuring 52 feet. Power is through a COmbined Diesel-And-Diesel (CODAD) arrangement comprised of 4 x Shaanxi 16 PA6 STC marine diesels working in conjunction to promote exceptional ocean-going speeds and overall performance while preserving fuel stores for the long haul. The vessel makes headway at 27 knots and can reach out to a range of 8,025 nautical miles.

Aboard is a crew of 165 and the vessel is stocked with modern sensors and processing systems including the Type 382 series radar, the Type 344 radar fit, and the four Type 345 fire control radars. A complete Electronic Warfare (EW) suite is installed and decoys can be used to help protect the vessel.

Like other modern fighting frigates, Rizhao is equipped to full support a navalized medium-lift helicopter from a stern-based helipad with combination hangar.

Her clean lines showcase an inherent stealth quality and protrusions are kept to a minimum about her exposed decks. The bridge superstructure takes up its usual place behind the VLS and the main mast is of the enclosed, pyramidal type. The smoke funnel is fully-enclosed and of a low profile design while seating the secondary mast with its specialized sensors. Additional sensor components are positioned over the hangar structure.©MilitaryFactory.com
Note: The above text is EXCLUSIVE to the site www.MilitaryFactory.com. It is the product of many hours of research and work made possible with the help of contributors, veterans, insiders, and topic specialists. If you happen upon this text anywhere else on the internet or in print, please let us know at MilitaryFactory AT gmail DOT com so that we may take appropriate action against the offender / offending site and continue to protect this original work.
Advertisements

ANTI-AIRCRAFT Onboard systems alert and protect the vessel from airborne, low-flying airborne threats through ballistic and / or missile weaponry.
OVER-THE-HORIZON An Over-the-Horizon operational capability is granted to the vessel, typically through launched fixed-wing / rotary-wing aircraft.
TORPEDOES Ability to launch torpedoes against ocean-going targets.
ANTI-SUBMARINE ROCKETS Ability to launch salvo of rockets against submarine threats.

(Not all weapon types may be represented in the showcase above)
1 x Kamov Ka-28 OR Harbin Z-9C medium-lift navy helicopter supported from the stern helipad. 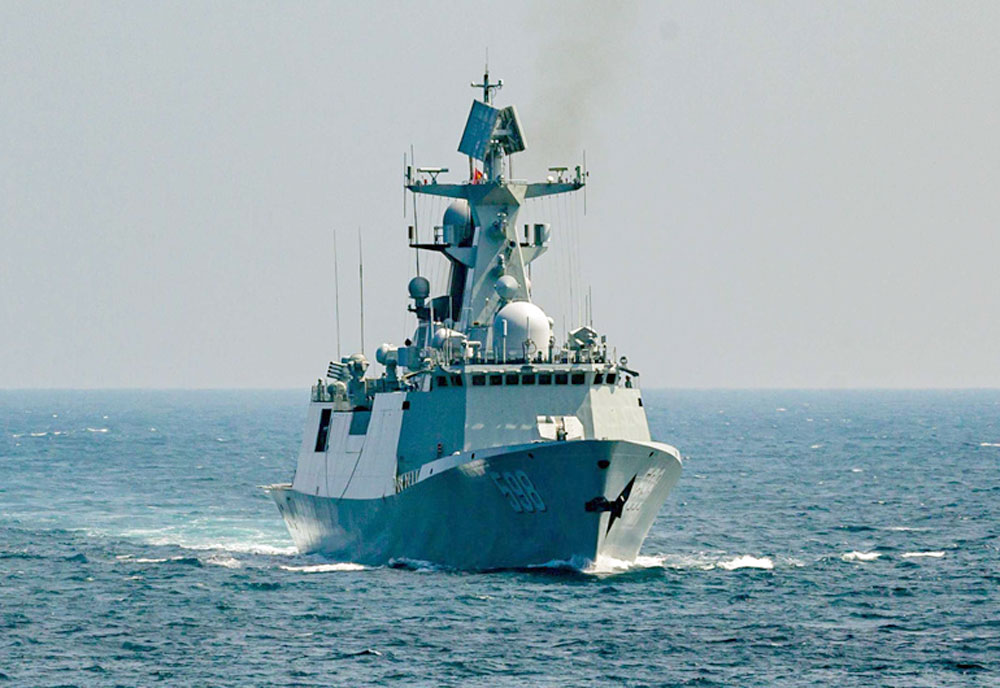