On paper, the upcoming Canadian Surface Combatant will be used by the RCN to replace both the Halifax and Iroquois classes. 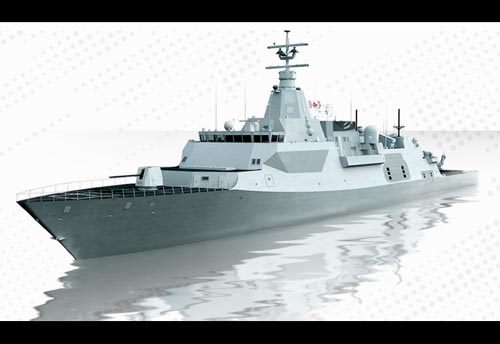 The Canadian Surface Combatant (CSC) is the future of naval power for the Royal Canadian Navy (RCN). The British Type 26 design as selected over the Spanish F-105 and Dutch De Zeven Provincien offerings with defense powerhouses BAe Systems and Lockheed Martin (Canada) headlining the British proposal. The warship class is set to number fifteen total hulls in RCN service with construction set to take place from 2025 until 2030 / 2040 with Irving Shipbuilding, Incorporated leading the work.

Beyond Lockheed and BAe's involvement, the CSC project involves proven industry players such as L3Harris, MDA, CAE, and Ultra.

The new ships are expected to carry all of the advanced processing systems, sensors, and weaponry common to modern guided-missile frigates in the West. A multi-mission mindset is inherent in these designs, allowing the vessel to participate in Blue Water operations individually or as part of a networked fighting force.

The warship carries a conventional design appearance with limited protrusions as stealth and a low-profile are the call of the day. The forecastle seats a single turreted deck gun with a dual-purpose functionality (ship-to-ship and land-attack capability). The forward hull superstructure is stepped to seat the Vertical Launch System (VLS) supporting Surface-to-Air Missiles (SAMs) for airspace denial / deterrence. The bridge section is integrated to the hull superstructure which also supports the enclosed main mast complete with communication and sensor arrays. The smoke funnels are enclosed and of a low-profile design over midships. The aft superstructure section is integrated to the main portion and houses a full-service hangar which leads out to the stern-based helipad. The onboard helicopter(s) will provide critical over-the-horizon support. The crew will number about 208-210 personnel.

Installed systems will run the gamut of offensive and defensive solutions including the Lockheed Martin AEGIS fire control system. Lockheed will also supply the AN/SPY-7(V)3 series Active, Electronically-Scanned Array (AESA) radar. Both a hull-mounted and towed sonar system will be standard for submarine-hunting. Countermeasures will be carried for torpedoes and inbound missiles.

The air arm will consist of a single CH-148 "Cyclone" navalized helicopter, this outfitted with torpedoes, machine guns, and sonar capabilities.©MilitaryFactory.com
Note: The above text is EXCLUSIVE to the site www.MilitaryFactory.com. It is the product of many hours of research and work made possible with the help of contributors, veterans, insiders, and topic specialists. If you happen upon this text anywhere else on the internet or in print, please let us know at MilitaryFactory AT gmail DOT com so that we may take appropriate action against the offender / offending site and continue to protect this original work.
Advertisements

(Not all weapon types may be represented in the showcase above)
1 x Sikorsky CH-148 "Cyclone" navy helicopter supported from the aft-flight deck / hangar section. 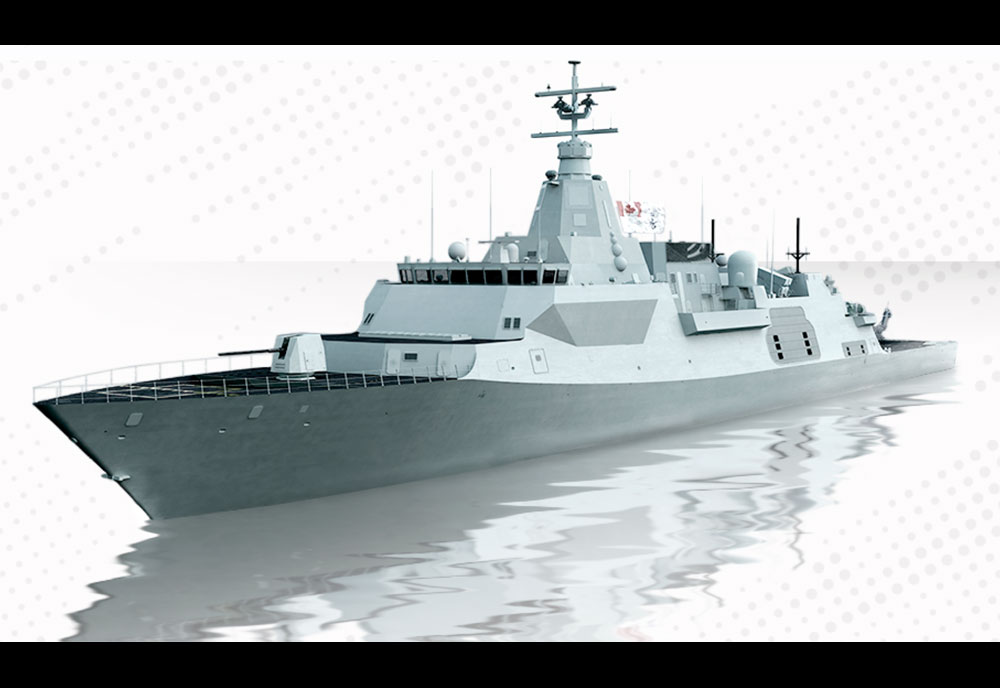