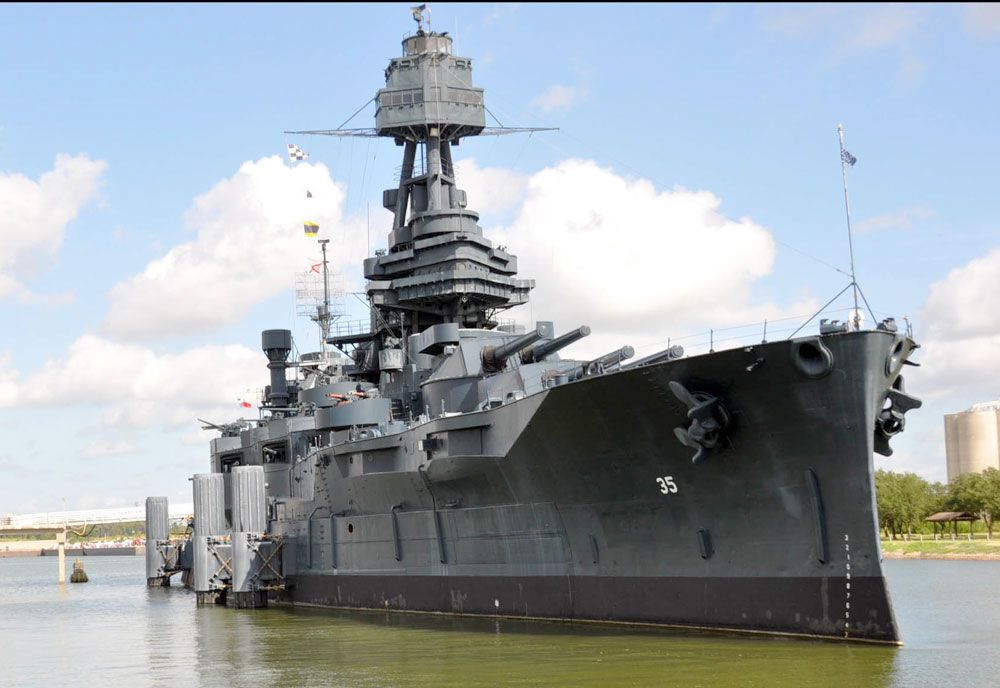 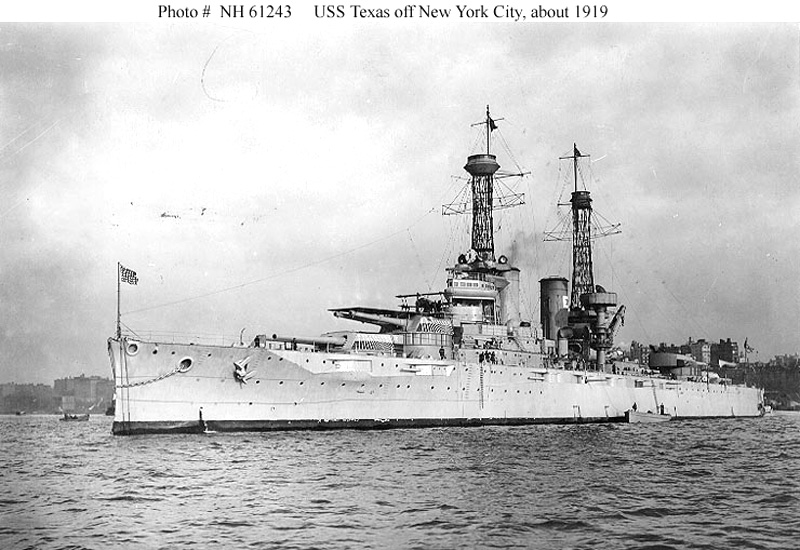 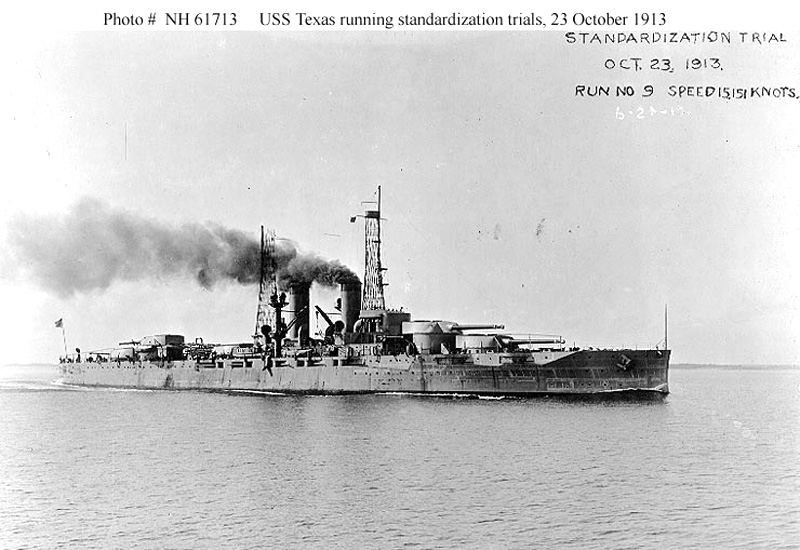 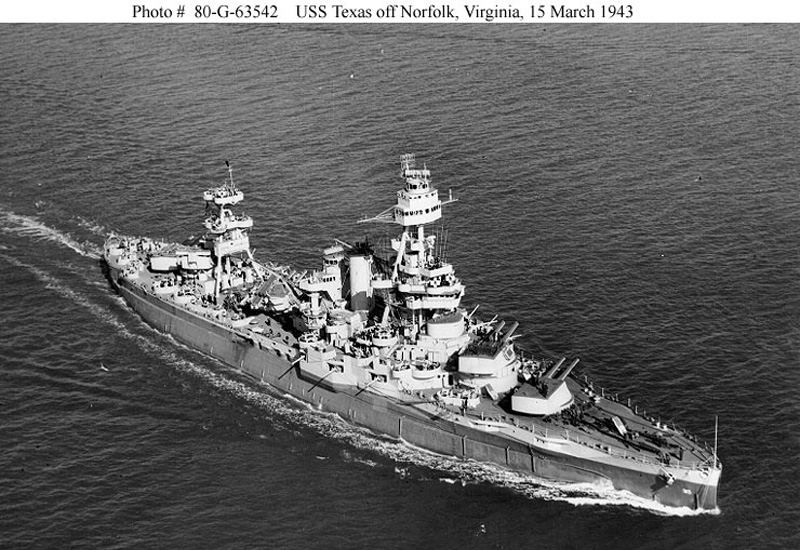 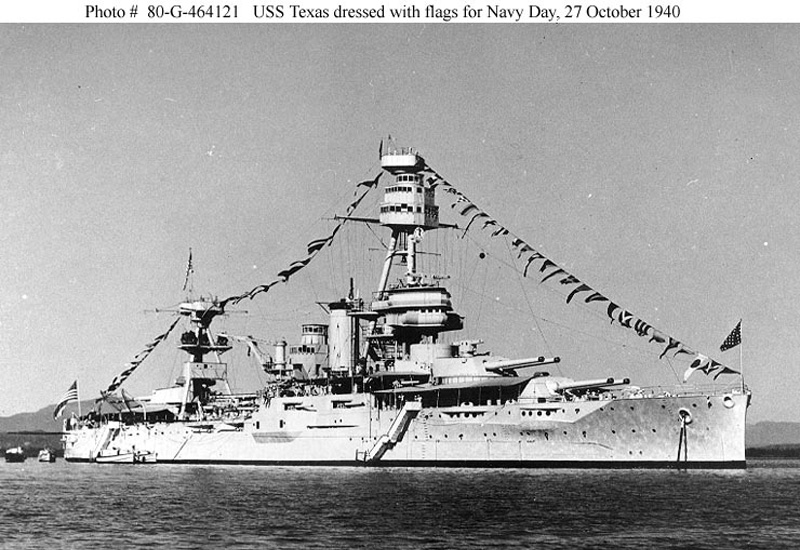 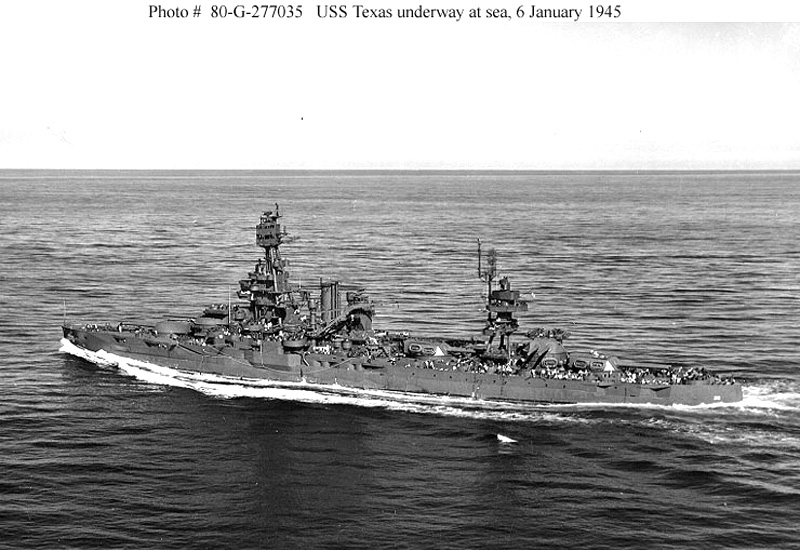 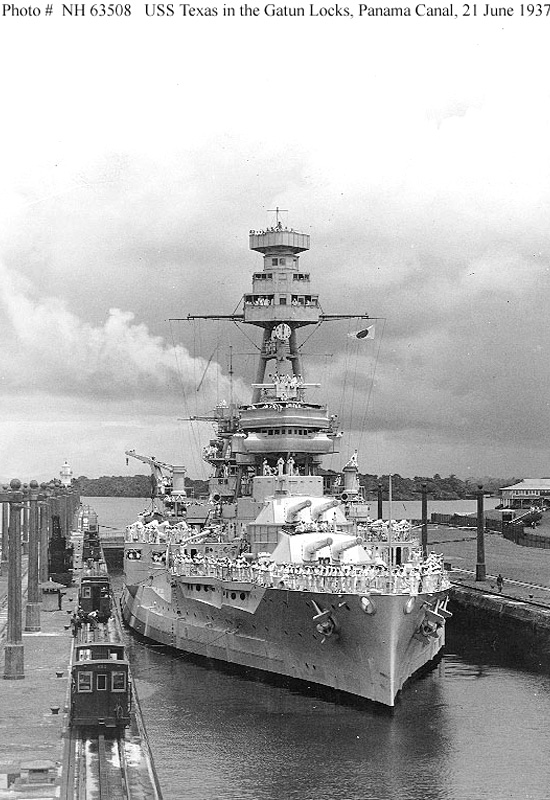 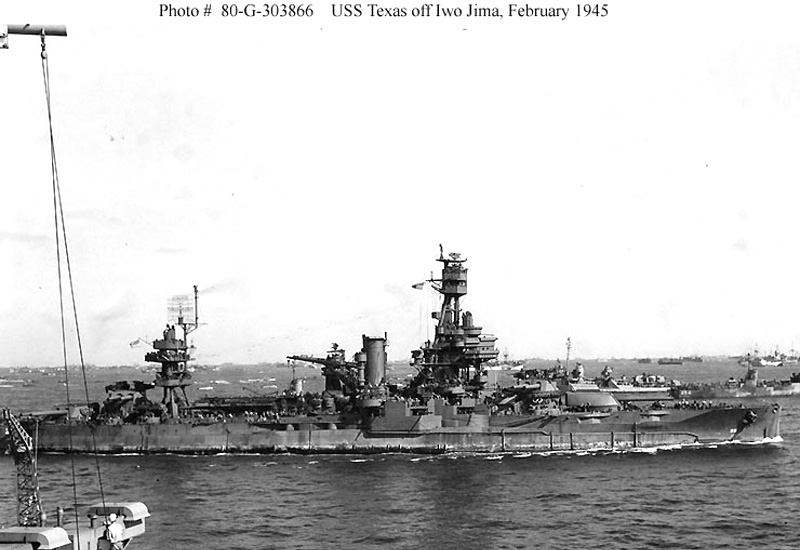 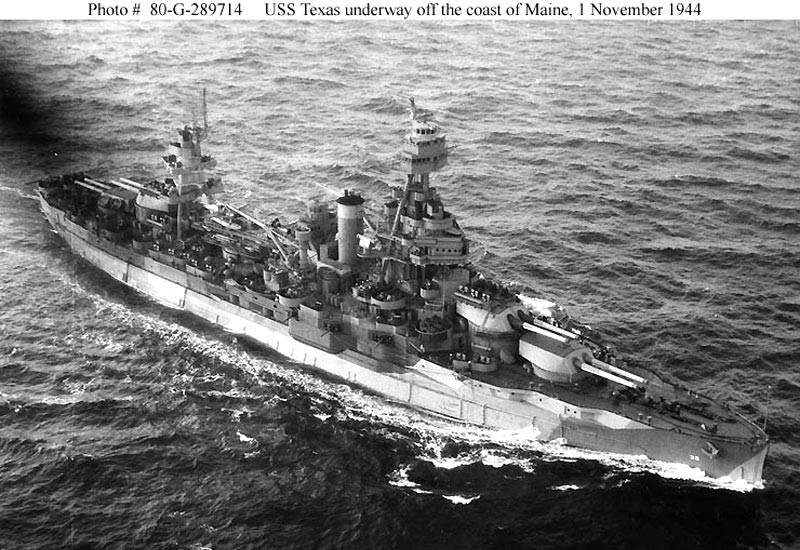 The USS Texas BB-35 was the second of the two-strong New York-class battleship family and saw combat in both World Wars - being saved as a museum ship.

Authored By: Staff Writer | Last Edited: 11/09/2020 | Content ©www.MilitaryFactory.com | The following text is exclusive to this site.
USS Texas (BB-35) became one of those rare warships in history to have survived the fighting of both World Wars before being preserved as a floating museum. The warship was ordered in the run-up to World War 1 (1914-1918) on June 24th, 1910, began construction in April of 1911 by Newport News Shipbuilding, and was launched on May 18th, 1912. Commissioned on March 12th, 1914, she began a career that would take "Mighty T" into both oceans bookending the United States before settling in Texas as a museum ship - by this time having earned her rest with five Battle Stars awarded.

USS Texas was constructed around the New York-class battleship standard which ended as just a two-strong group (USS New York BB-34 was the lead ship). As such, she was originally powered by 14 x Babcock & Wilcox coal-fired boiler units offering 28,100 horsepower to feed 2 x Vertical triple-expansion steam engines driving 2 x Shafts astern. This gave the warship a maximum speed of 21 knots out to a range of 7,060 nautical miles. Displacement reached 27,435 tons under standard loads and 28,825 tons under full loads. Dimensions included a length of 573 feet, a beam of 95.2 feet, and a draught down to 29.6 feet.

USS Texas was not given the typical "shakedown" cruise given to warships to stretch their legs and was placed immediately into action against neighboring Mexico, eventually supporting the landing of American forces at Veracruz in May of 1914. She fired the first American shots of World War 1 on April 19th, 1917 - this against a German U-boat driving it away. She then spent time with the British Grand Fleet until the end of the war in November 1918. She accompanied the American political contingent en route to the Paris Peace Conference that December.

During a 1925-1926 refit period, Texas was reworked with torpedo bulges, increasing her beam to 106 feet and displacement to 33,000 tons full. The propulsion scheme was modernized with 6 x Bureau Express oil-fired boiler units which helped to enhance operating ranges out to 15,400 nautical miles. Armament was now 10 x 14" main guns, 16 x 5" secondary guns, and 8 x 3" Anti-Aircraft (AA) guns with 2 x 1.1" AA guns in quad fittings. The torpedo launchers were removed and a single catapult added for the launching and recovery of up to three floatplane aircraft carried.

During World War 2, Texas conducted neutrality patrols prior to America's direct involvement in the conflict. Her first major combat exposure was during the Allied landings in Africa during "Operation Torch", October 23, 1942. In a 1942 refit, the warship was reworked, once again, to now carry 10 x 14" main guns, 6 x 5" secondary guns, 10 x 3" AA guns, and 14 x 20mm Oerlikon AA guns. Texas was an active participant in the D-Day landings on June 6th, 1944 and bombarded Cherbourg on June 25th. From there, she assisted amphibious forces in the southern France landings during "Operation Dragoon".

With the war in Europe over, USS Texas made her way to the Pacific Theater to continue the fight - her final actions aimed at the Japanese held island of Iwo Jima where her guns softened enemy positions as best they could. Her AA crews also claimed one kamikaze downing in the action and three partials. She then left for the Philippines and was present there when the Empire of Japan formally surrendered in August of 1945.

The ship was placed in reserve on June 18th, 1946. She was saved as a permanent memorial in the immediate post-war period where she resides today. Her name was struck from the Naval Register in April 1948.

(Not all weapon types may be represented in the showcase above)
2 x Vought OS2U "Kingfisher" floatplane aircraft (recoverable).