Commissioned in 1942, USS Alabama BB-60 survived her tours in World War 2 and lives on today as a museum ship in Mobile Bay, Alabama.

Authored By: Dan Alex | Last Edited: 11/20/2019 | Content ©www.MilitaryFactory.com | The following text is exclusive to this site. 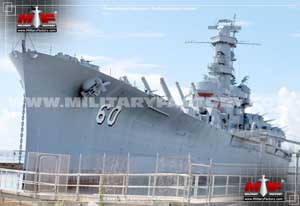 The American Navy became one of the most powerful fighting forces in the world during World War 2 (1939-1945) and American industry played a large and important role in supplying the Allies during their marches on Rome, Berlin, and Tokyo. While the aircraft carrier became the undisputed "King of the Sea" during the war, the United States Navy (USN) also invested in a massive submarine force and continued to provide newer and better battleship designs into the war's final months. In the case of the latter, the South Dakota-class was established that would number four total warships - USS South Dakota (BB-57), USS Indiana (BB-58), USS Massachusetts (BB-59), and USS Alabama (BB-60). The warships displaced in the 35,000-ton range under standard loads, held a primary battery of nine 16" main guns, and could field two floatplane reconnaissance-minded aircraft. All of the class managed to survive the war with two ending as preserved museums (USS Massachusetts and USS Alabama).

USS Alabama was to lead a storied career in the war effort when she was ordered on April 1st, 1939. World War 2 was not to officially begin until September of that year but the signs on the horizon were clear to many and shipbuilding programs around the globe smashed the naval limitations observed since the close of World War 1 (1914-1918). America's number one enemy would undoubtedly become the Empire of Japan in the West so naval superiority proved the call of the day.

Norfolk Naval Shipyard was tabbed with the new vessel's construction which saw her keel laid down on February 1st, 1940. With the December 7th, 1941 surprise attack on Pearl Harbor, Hawaii by the Japanese Navy, America officially entered the war on the side of the Allies, ramping up its industry and manpower into and during 1942. While Germany would become the primary enemy for the United States-and-Britain-led coalition in Europe going forward, resources were also being gathered for combating the Japanese in the Pacific. USS Alabama was launched on February 16th, 1942 and formally commissioned into USN service on August 16th of that year.

As built, Alabama exhibited the standard 35,000-ton load and featured a length of 680 feet, a beam of 108.2 feet, and a draught of 36.2 feet. She was powered by oil-fired steam turbines which drove 130,000 horsepower to four shafts. Speeds could reach 27.5 knots in ideal conditions and range was out to 15,000 nautical miles (17,000 miles / 28,000 km). All told, her crew complement numbered 1,793 officers and enlisted. Alabama carried two recoverable Vought OS2U "Kingfisher" floatplanes to be used in the over-the-horizon reconnaissance and gun-directing roles.

Her primary armament was 9 x 16" (406mm) /45 caliber Mark 6 main guns installed as three gun tubes arranged across three total turrets - two held forward of the hull superstructure and one held aft. This provided the vessel with a powerful broadside and still-effective firepower at other engagement angles. To this was added 20 x 5" (127mm) /38 caliber support guns used when the sixteen inch weapons were deemed overkill. For anti-aircraft defense, the vessel was outfitted with 24 x 40mm Bofors autocannons and up to 22 x 20mm Oerlikon cannons. These weapons would become the last line of defense against attacking dive bombers, torpedo planes, and kamikaze strikes. With her entire armament suite (aided by radar), Alabama could be called upon to engage enemy warships directly or support amphibious landings through offshore bombardment of land-based targets. The 16" guns packed plenty of firepower and range for either action.

Alabama's initial action was as part of the British fleet in the Mediterranean in support of the invasion of Sicily during 1943. She then served in "Operation Government" off the southern coast of Norway. Her presence there failed to draw the German battleship KMS Tirpitz out of harbor. She arrived at Virginia in August of 1943 where she was given an overhaul before being called to her next assignment in Pacific waters. She reached the theater by way of the Panama Canal, passing through in August, and arrived at Havannah Harbor of Efate Island in the southwest pacific for mid-September.

Alabama conducted several training actions and took part in exercises during this lull. She served in the Gilbert Islands assault through "Operation Galvanic" during November and supported Marine landings on the Tarawa Atoll and Army landings at Makin Atoll. Beyond her big guns leveling inland positions, her AA defense network threatened Japanese aircraft in the area. Her guns were then brought to bear against enemy positions at Nauru Island. USS Alabama served as escort for the carriers USS Bunker Hull and USS Monterey before arriving herself at Pearl for a period of refit and overhaul during January of 1944. Before the end of the month, she was engaged with other warships in "Operation Flintlock" in the Marshall Islands region and then lent her support to American carriers in transit. This lasted until February 1944. A short patrol session ended with nothing of note.
Advertisements

Assigned as part of Task Force 58 (TF58), Alabama once against screen American carriers and managed to down several incoming enemy aircraft. On March 30th, Allied air raids were undertaken on several islands against enemy positions with Alabama providing support. Her guns covered Army amphibious landings on New Guinea in April and steamed with aircraft carriers during attacks on the Truk Atoll. She then joined other warships in leveling Ponape prior to the amphibious assault on the Marianas. The invasion followed through "Operation Forager".

USS Alabama took part in the Battle of the Philippine Sea, marking the last major aircraft carrier engagement of the war. The vessel provided a stout defense with her AA guns as the battle evolved to become the "Marianas Turkey Shoot" - scoring the Allies some 400 enemy warplanes downed in the action while the Japanese Navy were also to suffer the loss of three complete aircraft carriers - this turned the tide of naval power in the Pacific in favor of the Allies.

Alabama served in the bombardment role at Guam, Tinian, and Saipan thereafter and supported the Guam landings during July of 1944 before engaging enemy forces at the Carolines in September. She covered the liberation of the Philippines and supported carriers engaging targets in Okinawa and Taiwan. The warship was in drydock by the end of January 1945 and was put to sea as soon as March to which she trained personnel and tested new installations. This took her from California to Pearl and, finally, to Ulithi for April. Her guns aided in the Okinawa landings that month and she survived a deadly typhoon in June. For July, she joined other American warships en route to the Japanese mainland for the final assault to end the Pacific War. She supported air raids on key Japanese industrial centers during this time.

The Japanese Empire fell in August of 1945 and this found Alabama near Honshu. During the period, she helped to land Marines on Japanese soil before entering Tokyo Bay on September 5th. She took on troops and sailed for Okinawa where she brought aboard several hundreds more for the return trip to the United States ("Operation Magic Carpet"). She was deactivated in 1946 and formally decommissioned on January 9th, 1947. She was then laid up as part of the Pacific Reserve Fleet before being removed from the Naval Register on June 1st, 1962.

For her service in World War 2, Alabama earned a total of nine Battle Stars. Her nickname became "Lucky A".

A civilian-led initiative of 1963 ultimately saved Alabama from the scrap heap to become a floating museum in 1964. She remains a tourist destination today (2015) alongside the attack submarine USS Drum (SS-228) and many aircraft and armor exhibits in Mobile Bay, Alabama.

USS Alabama stood in for another World War 2-era veteran warship, USS Missouri (BB-63), in the 1992 Steven Seagal motion picture "Under Siege". USS Drum (SS-228), stood in for the French-made North Korean attack submarine in the same film. USS Alabama was also used in the television mini-series "War and Remembrance" and the 1942 Abbott and Costello motion picture "In the Navy".
Advertisements 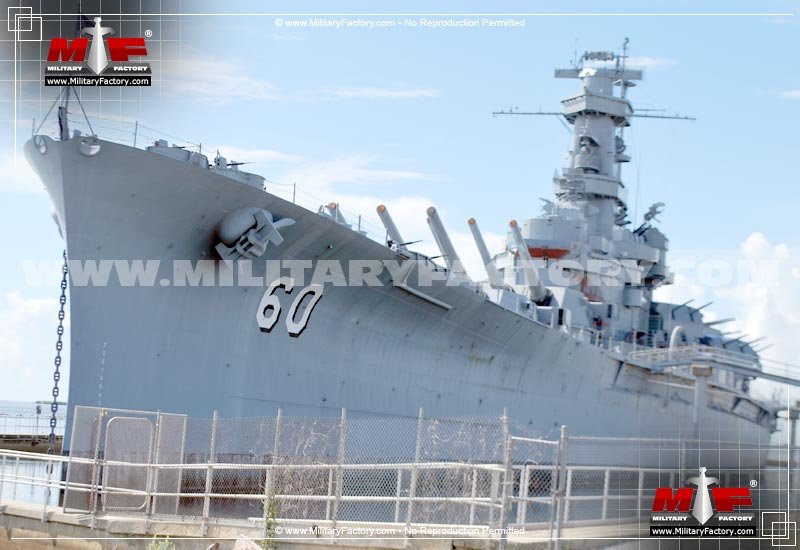 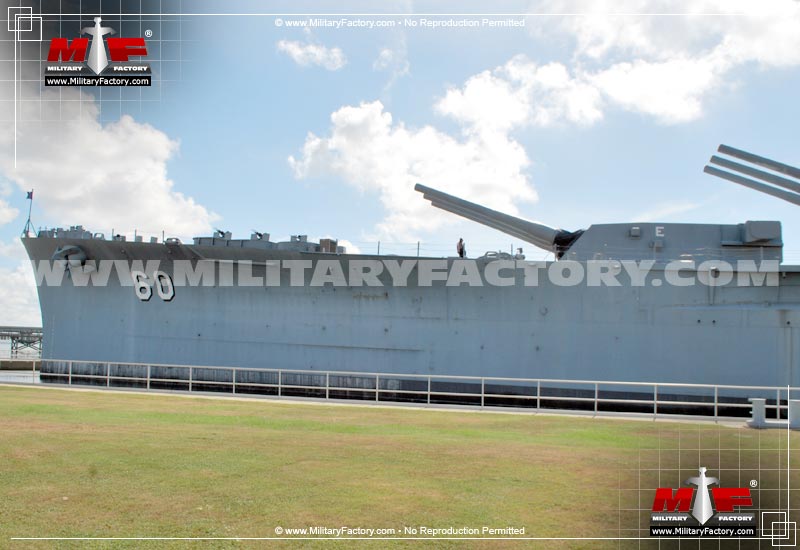 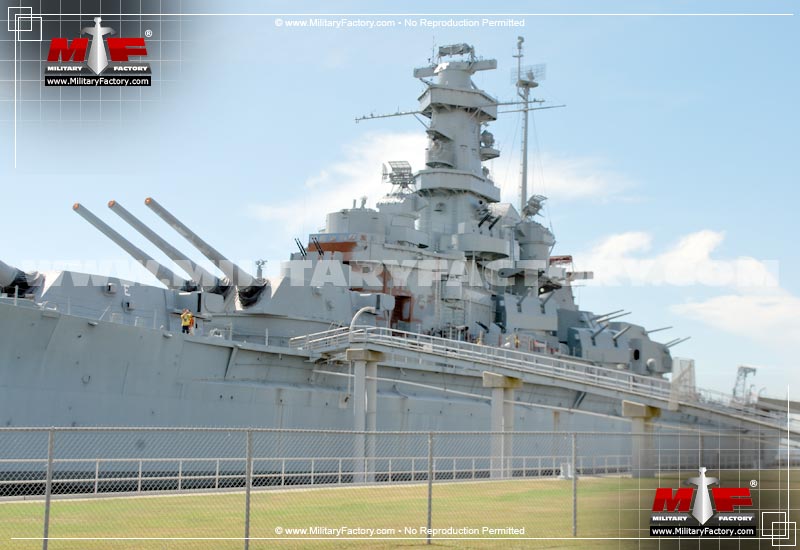 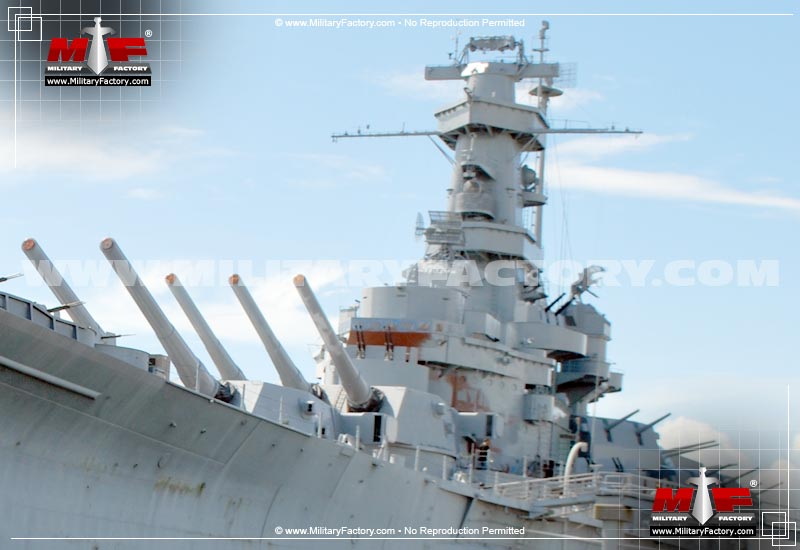 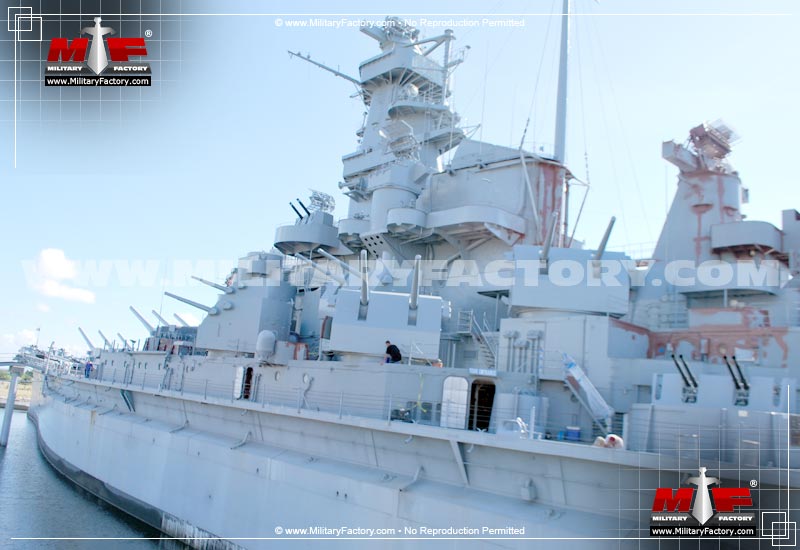 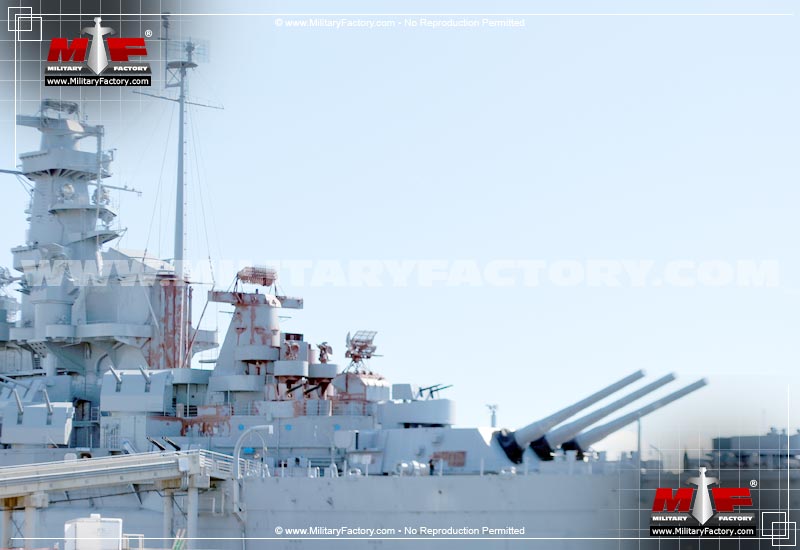 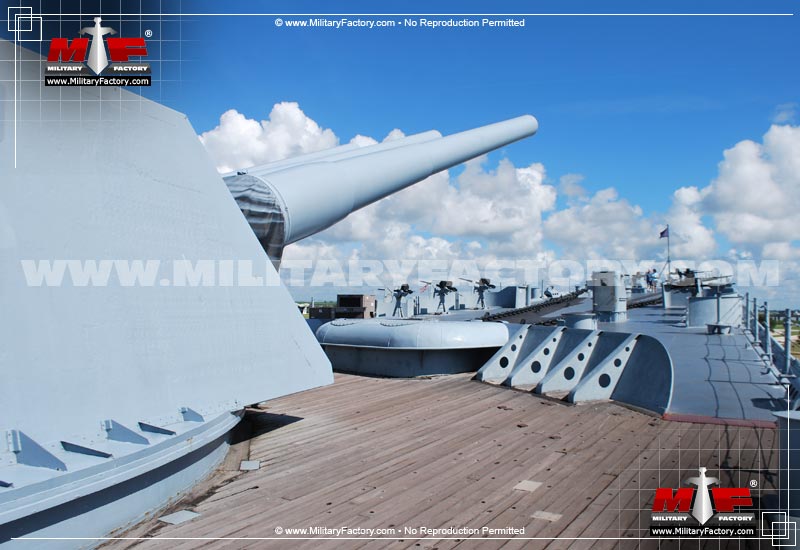 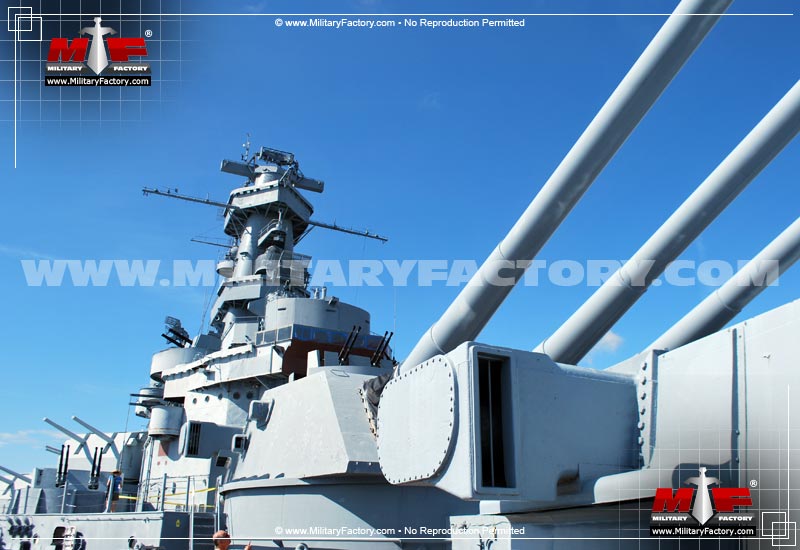 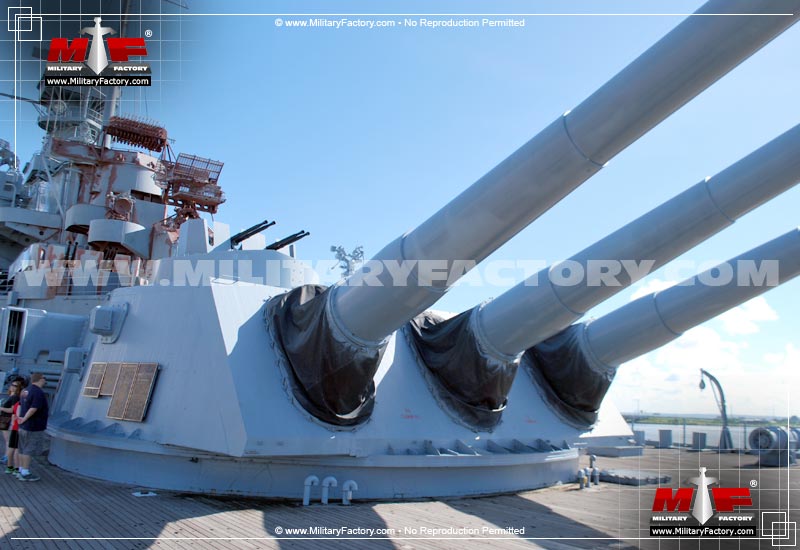 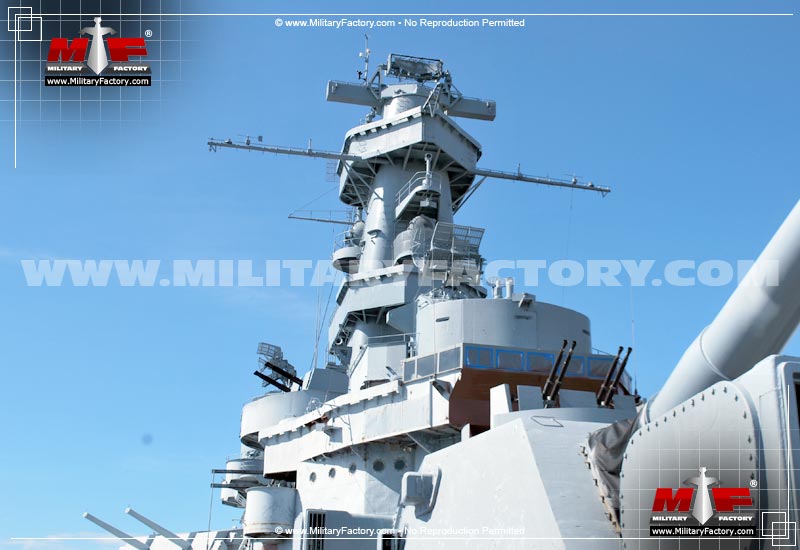 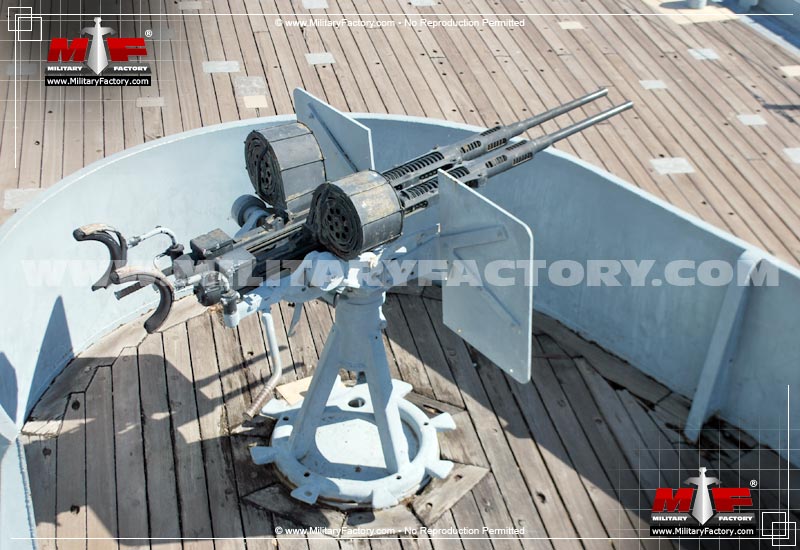 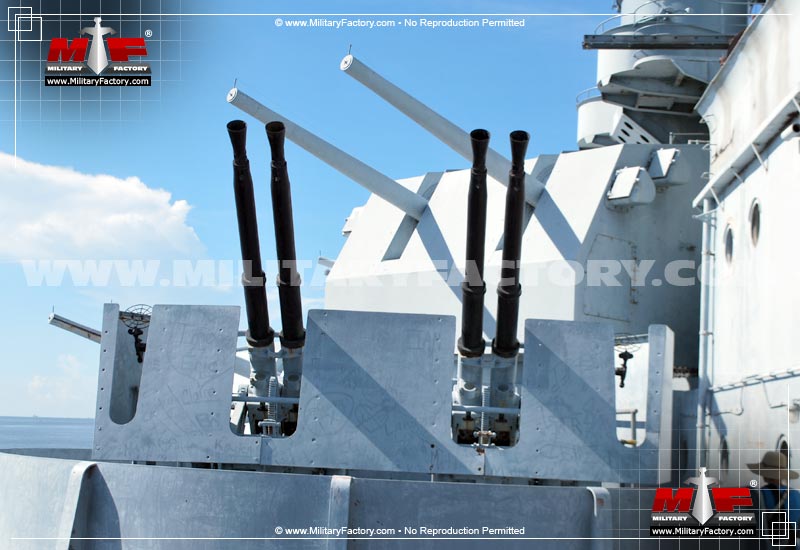 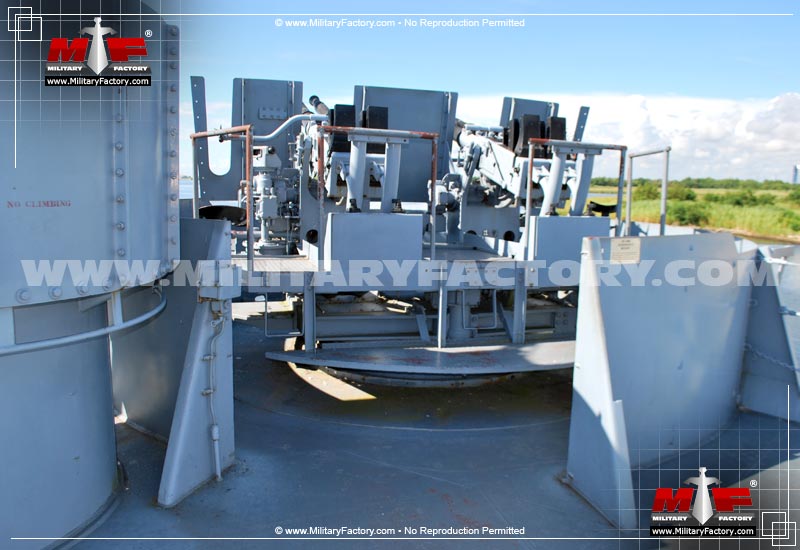 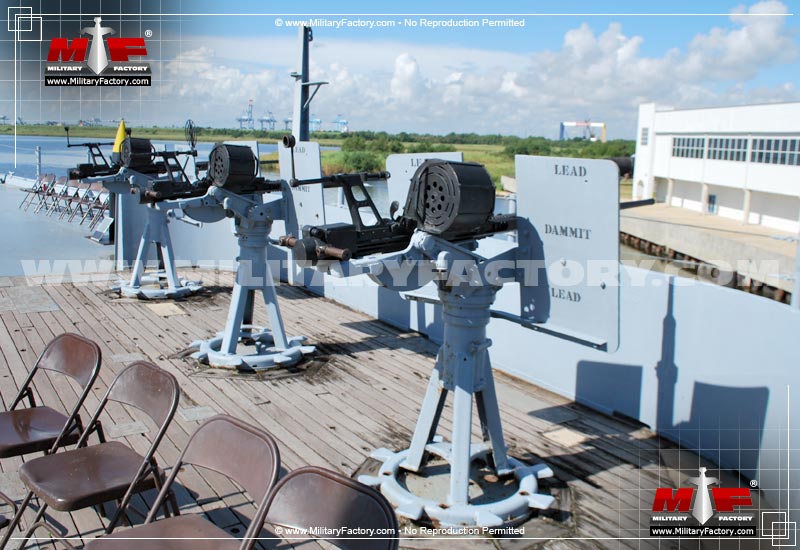 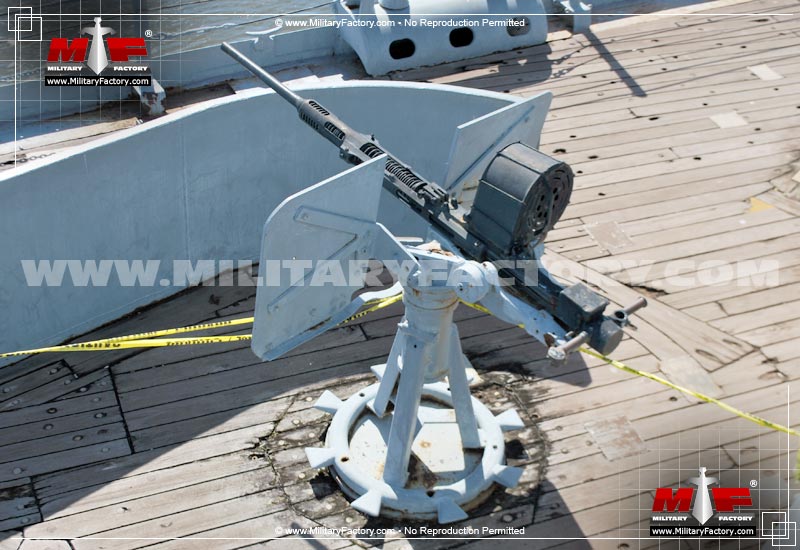