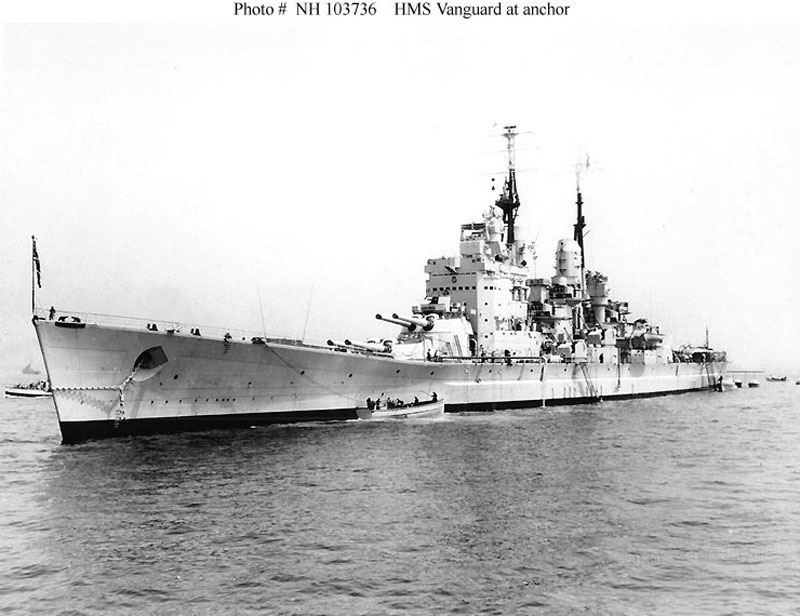 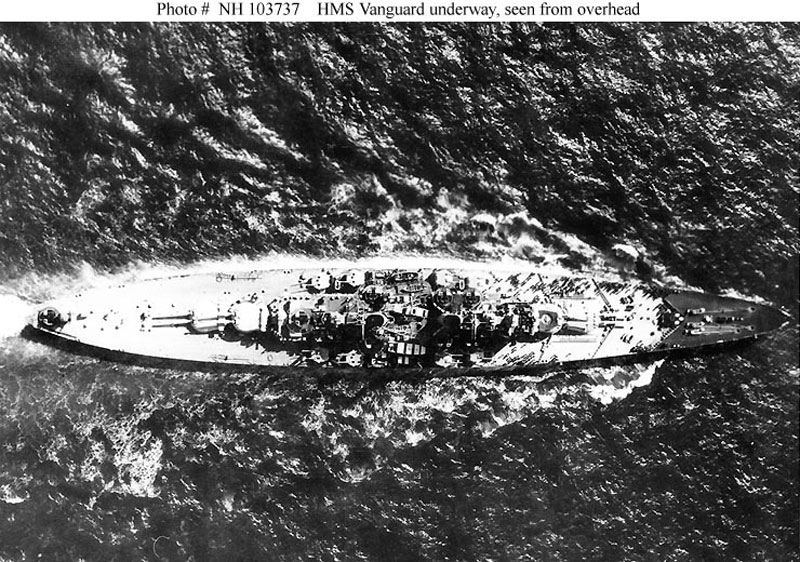 Overhead view of the HMS Vanguard at speed
3 / 10 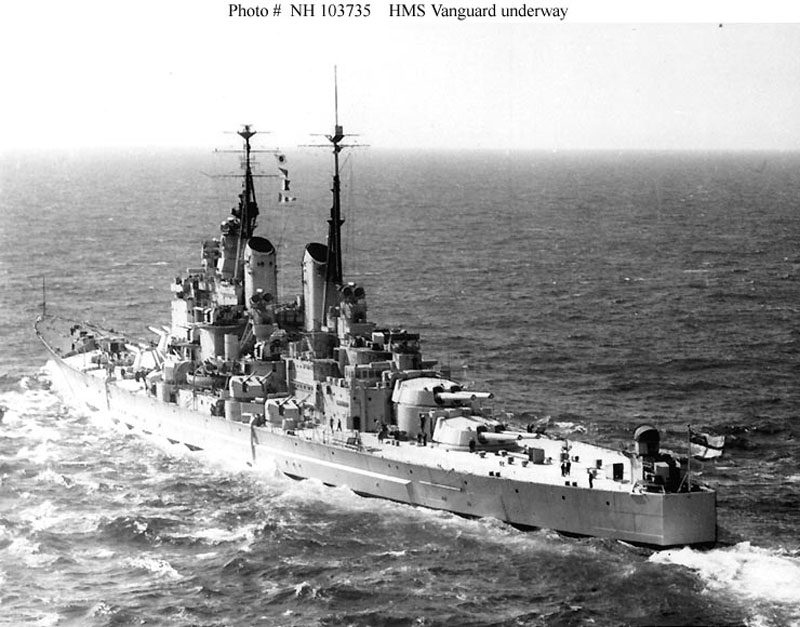 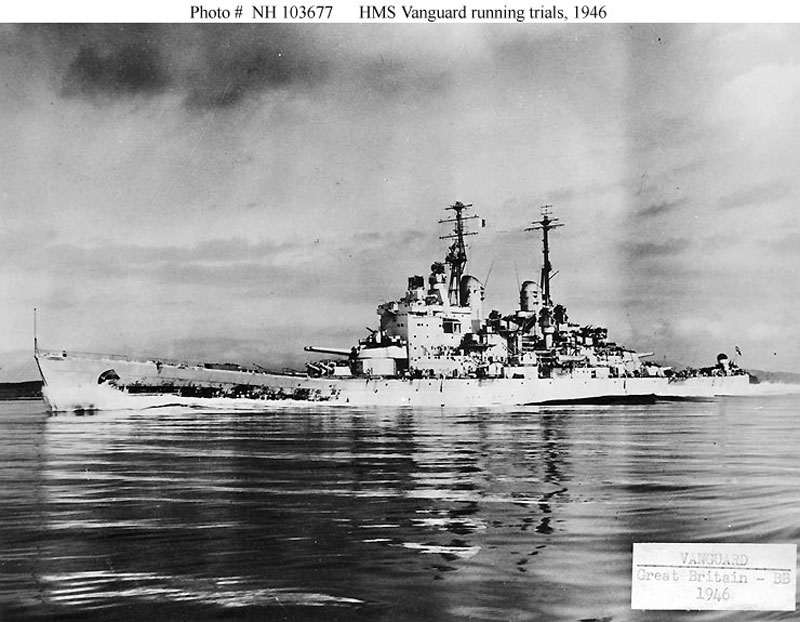 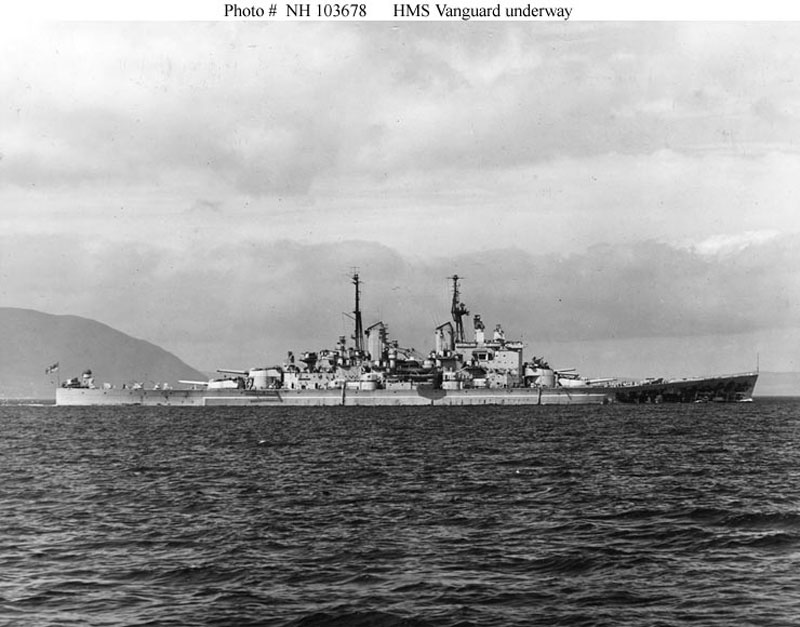 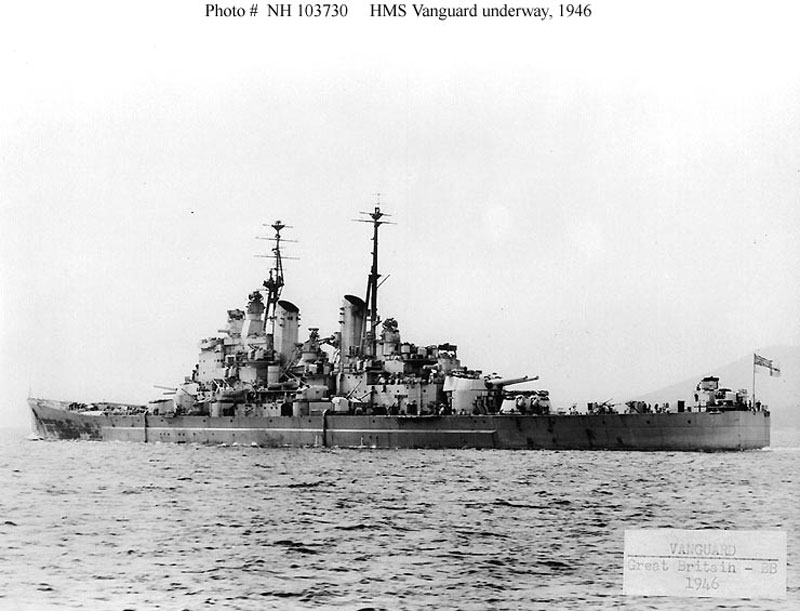 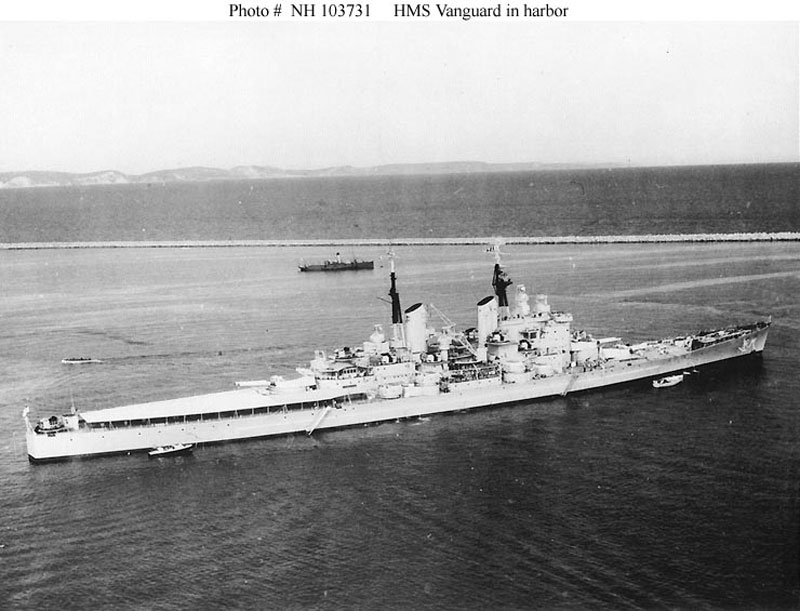 Rear right side view of the HMS Vanguard underway
8 / 10 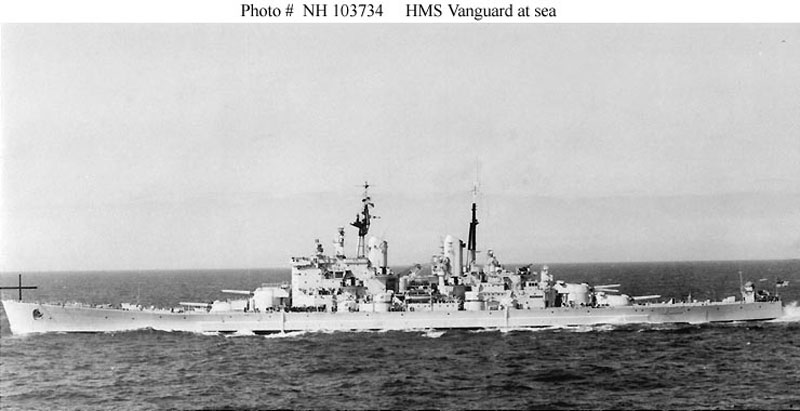 Left side profile view of the HMS Vanguard battleship
9 / 10 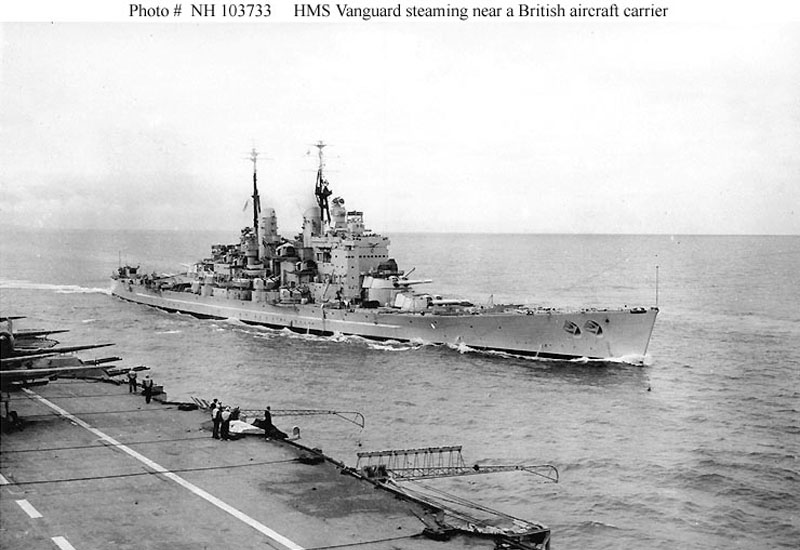 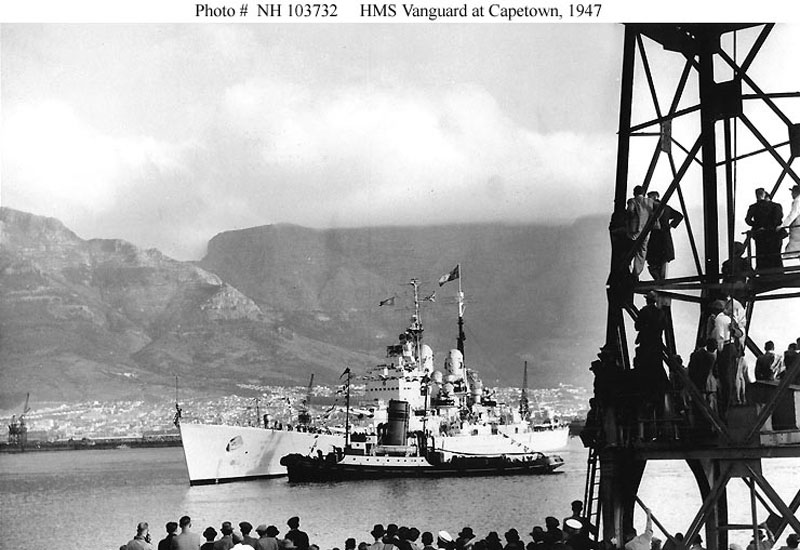 HMS Vanguard was the last of the Royal Navy battleships to be constructed - this during the fighting of World War 2.

Authored By: JR Potts, AUS 173d AB | Last Edited: 11/05/2018 | Content ©www.MilitaryFactory.com; the following text is exclusive to this site.
HMS Vanguard (23) a British Battleship was being built late into the fighting of World War 2 (1939-1945) and when the war in Europe ended in May of 1945, the decision was made to complete her in case the war in the Pacific (against the Empire of Japan) dragged on into 1946. As such, Vanguard was launched in 1944 but not formally commissioned into service until August 9th, 1946. She was completed to larger dimensions than the preceding King George V-class battleship - heavier, bigger, and with greatly increased armament capability. The King George V-class of battleships each held 14-inch main guns as primary armament and, with the development and use of 16-inch guns by the United States and Japanese navies, the King George V-class was suddenly viewed as under-armed. The British Admiralty looked at 16-inch guns but the time needed for development and manufacture of such new rifles made the decision moot.

Britain had a number of 15-inch guns available so it seemed the best fit for a new design with the European portion of the conflict beginning to wind down. Many publications originally indicate the 15-inch guns were removed from HMS Courageous and HMS Glorious and that these vessels were then converted to aircraft carriers. However, the Admiralty kept strict documentation on each gun and new reviews have come to indicate the guns came from five battleships and one monitor: two from HMS Queen Elizabeth, two from the HMS Ramillies, one from HMS Royal Sovereign, one from HMS Resolution, one from the monitor HMS Erebus, and the last from the famous HMS Warspite.

The 15-inch guns were doubled across four turret emplacements, these held as two forward and two aft installations. The new Vanguard had 16 x 5.25-inch heavy secondary guns for close-in fighting, these situated as 8 x double mounts, four fitted to port side and four along the starboard. The Vanguard had the most anti-aircraft guns onboard than any other ship in the British Navy, counting 73 x 40mm Bofors type cannons. Despite this formidable array, the Vanguard would never fire her guns in anger throughout the remainder of the war.

In 1947, she became a Royal Yacht, taking the Royal Family of King George VI to South Africa. A poor historic note for a mighty ship was in having a badminton net set up on her battle deck for a bit of Royal Family fun. Nevertheless, she did participate in a number of NATO duties during the Cold War before going into reserve.

Some in her crew had requested Vanguard be saved as a museum ship since she was the last British battleship built and the last such class of vessel built anywhere in the world. The gesture was not received fondly and she was ultimately sold for scrapping in 1960, bringing an end to the rather quiet career of the powerful HMS Vanguard.