The Mitsubishi-designed Type 74 Main Battle Tank was once the spearhead of the JGSDF - it has since been succeeded.

Authored By: Staff Writer | Last Edited: 03/21/2021 | Content ©www.MilitaryFactory.com | The following text is exclusive to this site. 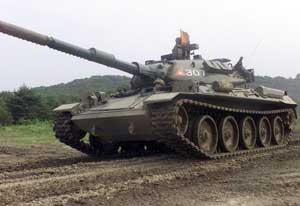 A joint partnership between the Japanese Ground Self-Defense Force (JGSDF) and Mitsubishi Heavy Industries in 1972 led to the development of a main battle tank to replace the aging Type 61 of 1961. For decades after the close of World War 2, the Japanese defense industry was kept on a short lease form making indigenous weapons of war, most often times stocked with US military hardware. The Type 61 was significant in that it became the first post-World War 2 tank to come out of Japan. However, by 1962, Mitsubishi Heavy Industries was already penciling a new design to counter the latest generation of Soviet tanks - namely the T-62 series - a main battle tank that was out of the scope of the existing Type 61. The design was completed in 1964 and resulted in two pilot vehicles being constructed by September of 1969 for evaluation trials.

The prototypes were designated as STB-1 and were quite conventional systems yet comparable to her contemporaries of the day. They featured the adjustable hydropneumatic suspension system of the ill-fated American/German MBT-70 as well as the basic hull design of the German Leopard I series. The vehicles were armed with the British 105mm L7 rifled main gun tied to an automatic loader and fitted to a 360-degree traversing turret assembly. The autoloader was the product of the Japan Steel Works company. The commander's cupola was fully traversable, allowing for 360-degree vantage points from the position. The 12.7mm anti-aircraft machine gun system could also be remotely operated form within the vehicle.

Limitations in these designs forced some revisions, ultimately resulting in the STB-3 prototype in 1971. The design was further evolved into the final STB-6 pilot vehicle of 1973 which was formally accepted into service by the JGSDF in 1974 to which the basic designation of "Type 74" was applied to the series. By this time the autoloader function and the remote-controlled AA gun were dropped due to production costs and a fourth crewmember - a dedicated ammunition loader - was added to the collection of operators then numbering three. Serial production of the tank began a year later and 225 examples were delivered by the beginning of 1980. In all, some 893 examples in ten major versions would be delivered to the JGSDF with production officially wrapping up in 1989.

Design of the Type 74 was highly traditional as Cold War tank designs go, in fact mimicking the look of several American Cold War tanks to come online in that span. The hull was straddled on either side by a conventional track system featuring five large road wheels with the drive sprocket at the rear and the track idler at the front and no track return rollers present. The engine was held in a rear-set compartment with the turret ahead of amidships. The crew consisted of four personnel that was made up of the driver, commander, gunner and loader. The driver sat at the front left with the commander, gunner and loader all in the turret. The commander and gunner are at the turret right with the loader to their left, operating the main gun breech as necessary. Armor protection was up to 120mm at its thickest. The turret was cast with heavily sloped sides. The main gun was protected at its base by a heavily armored, curved mantlet. There was a noticeable fume extractor on the main gun and no muzzle brake. The commander's rangefinder worked in conjunction with the digital fire control system available to the gunner for quick reactions. Aerial antennas were noted to either side of the rear turret regions. A front-mounted dozer blade became optional in later models.©MilitaryFactory.com
Advertisements

The main gun was the proven British Royal ordnance L7 series 105mm rifled main gun fitted to a turret that was not unlike that as found on the French AMX-30 series. Some 55 rounds of 105mm projectiles were afforded the crew. Secondary armament included a 12.7mm Browning M2HB heavy machine gun to content with low-flying targets or soft-skinned vehicles. The weapon was mounted on a pintle at the commander's cupola with an integrated ammunition box holding 660 rounds of 12.7mm ammunition. A 7.62mm Type 74 machine gun was fitted as a coaxial weapon for anti-infantry defense and handled by the gunner with 4,500 rounds of 7.62mm ammunition. Six smoke grenade dischargers were fixed to the turret sides (three to a side) and launched to cover offensive and defensive actions.

Power was supplied by a single Mitsubishi 10ZF Model 21 10-cylinder diesel engine delivering 750 horsepower. This supplied the tank with a top speed of 38 miles per hour and an operational range nearing 250 miles. Suspension was hydropneumatic and promoted good cross-country mobility. This particular suspension system allowed the driver to adjust the height of the tank on-the-fly to suit the terrain being crossed - this design dating back to the failed MBT-70 program between the Germans and the Americans. The suspension is flexible enough (ground clearance adjustable from 0.2 meters to 0.65 meters) that the driver can elevate or lower the front, rear or sides of the tank as needed. As an added bonus, the system can also be used in conjunction with the main gun elevation to further increase its available arc.

Once in service, the Type 74 was subsequently upgraded to keep up with battlefield demands. Chief among these updates were the installation of IR imagers and a laser rangefinder (commander's position). New 105mm projectiles were also added to the Type 74's forte to go along with the digital fire control system (gunner's position).

The first production model was the Type 74 First Mod. This was followed by the Type 74 Mod B, Mod C, Mod D, Mod E, Mod F and Mod G/Kai. The Mod G/Kai was a short-lived 1993 upgrade that included the addition of side skirt armor protection for the hull sides and a passive infrared camera system. Proving cost-prohibitive, the Mod G/Kai upgrade program was cancelled. Several deviations of the tank design formed the basis of the Type 87 Self-Propelled Anti-Aircraft Gun (SPAAG) platform, the Type 78 Armored Recovery Vehicle (ARV) and the Type 91 Armored Vehicle-Launched Bridge (AVLB) bridgelayer - all three utilizing the complete chassis of the base Type 74 tank.

Despite the advances, the Type 74 proved no match for the newer generation of tanks available worldwide, making her something of an unspectacular addition and, in some ways, obsolete even before she was made operational. As such, work began on yet another new main battle tank - this becoming the 120mm-armed Mitsubishi Type 90 of 1990 - which helped to shore up the limitations of the Type 74. The Type 90 was intended to wholly replace the outmoded Type 74 family but the end of the Cold War - and shrinking defense budgets - curtailed such a move, forcing the two tank types to be fielded side-by-side. Regardless, a next-generation indigenous main battle tank system has since risen to take the role of both the Type 74 and Type 90 models - this being the Type 10 which is slated to begin operational service in 2012.©MilitaryFactory.com
Note: The above text is EXCLUSIVE to the site www.MilitaryFactory.com. It is the product of many hours of research and work made possible with the help of contributors, veterans, insiders, and topic specialists. If you happen upon this text anywhere else on the internet or in print, please let us know at MilitaryFactory AT gmail DOT com so that we may take appropriate action against the offender / offending site and continue to protect this original work.
Advertisements 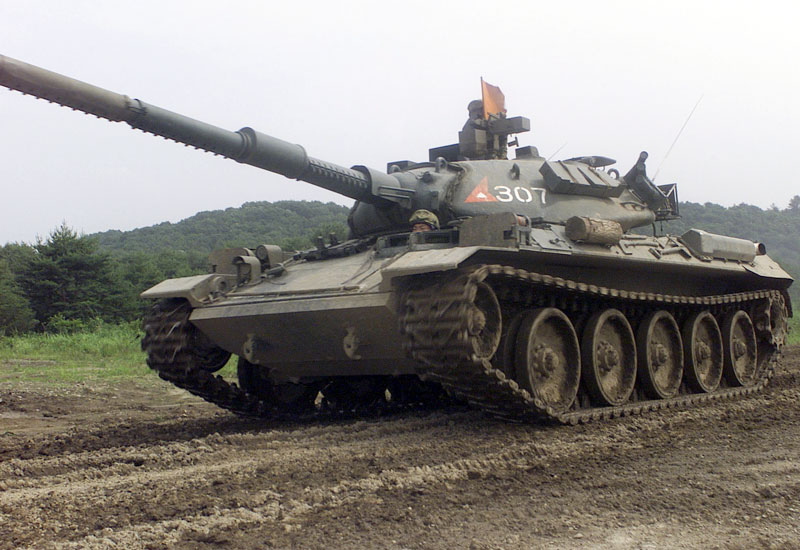 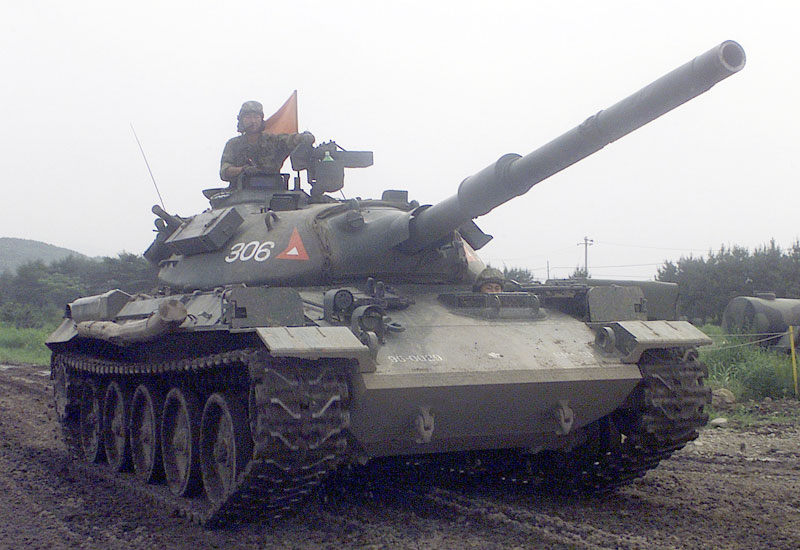 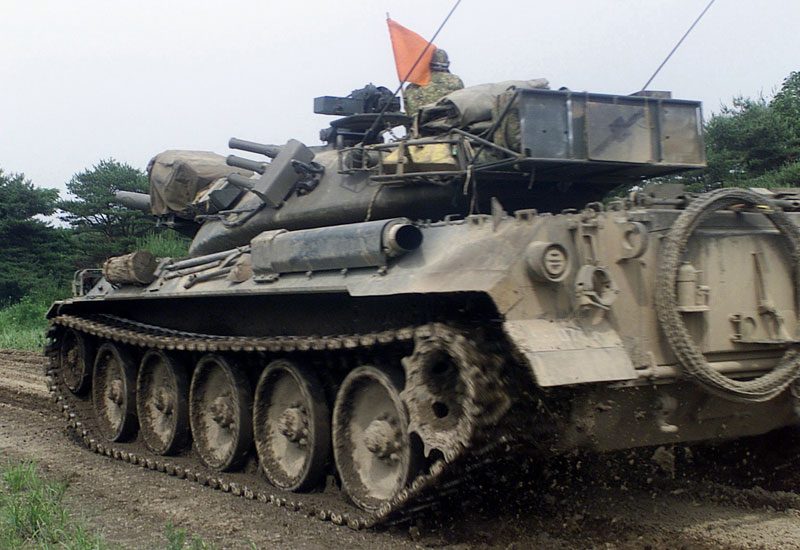