Introduced with Australian forces in 2004, over 1,000 of the Bushmaster MRAPs have been built since for the host country and several foreign buyers.

Authored By: Staff Writer | Last Edited: 05/04/2022 | Content ©www.MilitaryFactory.com | The following text is exclusive to this site. 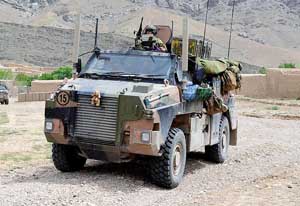 The turn of the century provided military industry with new battlefields that strayed away from conventional warfare. As such, manufacturers responded by aligning product offerings with the changing times to which Thales of Australia developed their "Bushmaster" series of Infantry Mobility Vehicles (IMVs) to service infantry through an agile, robust platform capable of quick response and limited protection. Introduced in 1998, the series has gone on to be adopted by the forces of Australian, the Netherlands and others and has seen combat action in Iraq, Afghanistan and elsewhere - proving its design sound. At the time of its inception, the Bushmaster marked the first military armored vehicle to be designed, developed and produced entirely in Australian since World War 2 (1939-1945).

At its core the Bushmaster features a fully-suspended, all-wheel drive design with high clearance promoting strong off-road capabilities. The system weighs 33,000 lb and sports an overall length of 7.1 meters, a width of 2.5 meters and a height of 2.7 meters. The standard operating crew is one with room for up to nine passengers who are protected from mines and Improvised Explosive Devices (IEDs) (to an extent), small arms fire and artillery spray. The V-shaped hull is used to help deflect blasts coming from under the vehicle.

Power for the series is served through the Caterpillar 3126E 7.2L six-cylinder diesel-fueled engine fitting at front. This installation outputs 330 horsepower at 2,200rpm and is mated to a ZF 6HP502 ECOMAT G2 series transmission system. Maximum road speeds reach 100 kmh with ranges out to 800 kilometers.

As main armament, the Bushmaster is typically fitted with a heavy weapon system over the roof (this can also be a remote-controlled weapon station). Two other swing mounts are available for smaller-caliber weapons.

One of its key tactical features of the Bushmaster is its ability to be air-transported by Lockheed C-130 "Hercules" aircraft or similar.

As with any military vehicle of this class, the Bushmaster is not one single-role vehicle but a series of vehicles based on a standardized design. This is done as a cost-effective measure in having single model serve as the basis for others to cover multiple battlefield roles. As such, variants of the Bushmaster line include a dedicated Command Vehicle (CV), Air Defence Vehicle (ADV) and an Armored Ambulance (among others) - this showcases the flexibility of the Bushmaster vehicle which is also in service in civilian-minded forms.

The Australian Army originally placed an order for 370 of the type but this was eventually reduced to 299 units which arrived in 2005. However, more vehicle orders followed to bring the Australian inventory over 1,000. Australian Bushmasters were first featured (in prototype form) in East Timor actions before being deployed in Iraq. Then followed service in Afghanistan.

Netherlands is currently the second largest operator of the Bushmaster series, having acquired over 100 vehicles for service with Dutch Marines and Army personnel. The British Army procured two dozen systems in 2008 while Jamaica has taken on a dozen. Japan and Indonesia have ordered four and three vehicles respectively. There are potential sales reported to Libya and Spain while United Arab Emirates has evaluated the product.

The Bushmaster failed in its bid to join the American Army inventory as an MRAP in 2007 and was pulled from competing in a Canadian program. The French Army adopted a local solution over the Australian product.

April 2022 - The nation of Australia has announced its intent to donate / deliver up to twenty Bushmaster APCs to Ukraine in its ongoing fight against Russian aggression.

April 2022 - Deliveries of Australian Bushmasters began in the middle of the month to Ukraine. As many as twenty were being sent to the nation to bolster its defense against Russia. 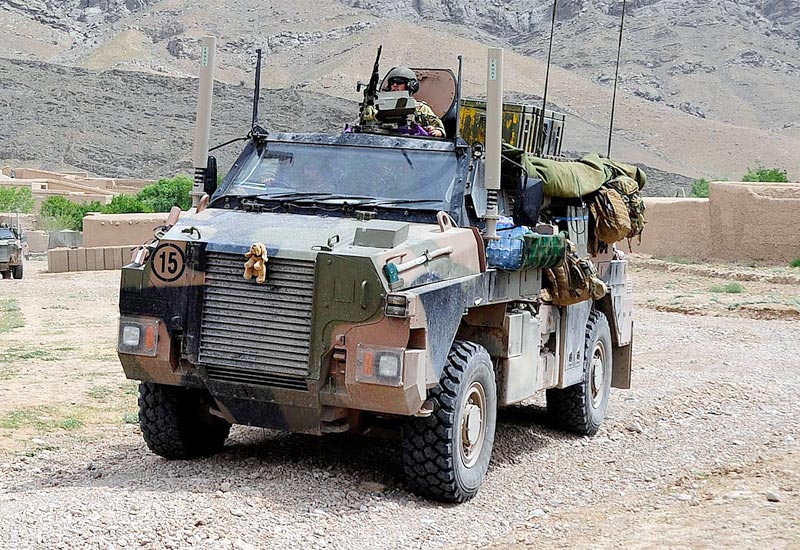 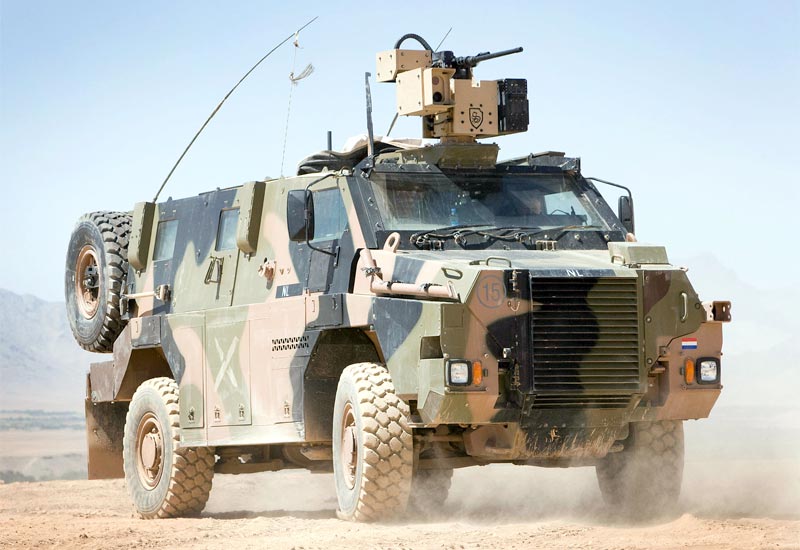 Image from the Netherlands Ministry of Defense.
❮ ❯