The ASCOD system entered service with the Austrian and Spanish armies in 2002 and forms the basis for the British AJAX Armored Fighting Vehicle. 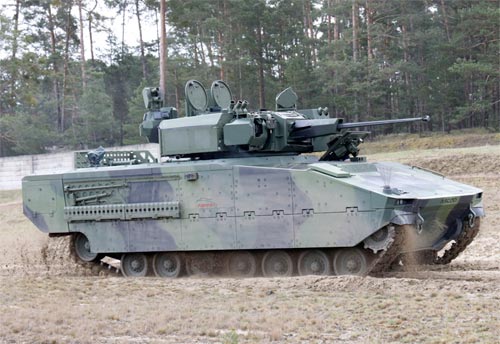 A partnership between Austria (Steyr-Daimler-Puch) and Spain (Santa Barbara Sistemas) produced the ASCOD (Austrian Spanish COoperation Development) Infantry Fighting Vehicle (IFV) of 2002. The vehicle was established as a complement to existing mechanized brigades of each country, outright replacing older systems like the American-made M113 Armored Personnel Carrier (APC) in similar operational roles. The chassis of ASCOD has gone on to serve as the basis for other battlefield vehicles including a tank destroyer, command vehicle, air defense platform, ATGM carrier, mortar carrier and armored ambulance.

The Austrian Army dubbed their ASCOD vehicles the "Ulan" while Spanish versions are known under the name of "Pizarro". Another form, the "Ajax", is set to enter service with the British Army in a few years.

The ASCOD is a 29 ton (short) vehicle with an overall length of 22 feet, a width of 12 feet and height of 8 feet. Its general appearance falls in line with other Western-originated IFVs like the American Bradley series. A well-sloped glacis plate is featured at front with the turret set over the middle-rear of the hull. The sides of the hull are slab-sided with the upper track sections covered in armored skirts. The track-and-wheel arrangement sees seven double-tired roadwheels affixed to either hull side and the drive sprocket at front with the track idler at rear. The driver sits at front-left with the engine at front-right. The turret is power-assisted and holds two crewmembers (gunner and commander).

The turret sports a 30mm Mauser MK 30-2 automatic cannon backed by a coaxially-mounted 7.62mm anti-infantry machine gun. The gun mount allows for an inherent elevation span of -10 to +50 degrees. The turret's placement over the rear of the vehicle provides unfettered 360-degree traversal for the main gun. The main gun is full stabilized for firing on-the-move and a fully-digital Fire Control System (FCS) is installed supporting day-or-night actions. The turret is also home to two banks of six smoke grenade dischargers (12 total grenades) allowing the vehicle to generate its own smokescreen. Bolt-on Explosive Reactive Armor (ERA) blocks further enhances crew and systems survivability against the latest armor-defeating measures encountered on the modern battlefield.

Internally, the vehicle carries an NBC (Nuclear, Biological, Chemical) suite as a standard fit. An onboard heater adds creature comforts for the crew, particularly in the cold weather environments encountered throughout Europe.

Spain was the first of the two nations to commit to ordering the ASCOD and this came through a 144-strong batch deal in 1996 and these entered service in 2003. Spanish strength ended at 261 total ASCODs with final deliveries arriving in 2015 (a second 212-strong order reduced to 117 units). Austria moved on a batch order of 112 vehicles and first-deliveries occurred in 2002 and the final example arrived in 2005.

The United Kingdom is contracted for 598 ASCODs in the "AJAX" (formerly "Scout SV") configuration. General Dynamics is heading its development and service entry is tentatively scheduled for 2018.
Advertisements 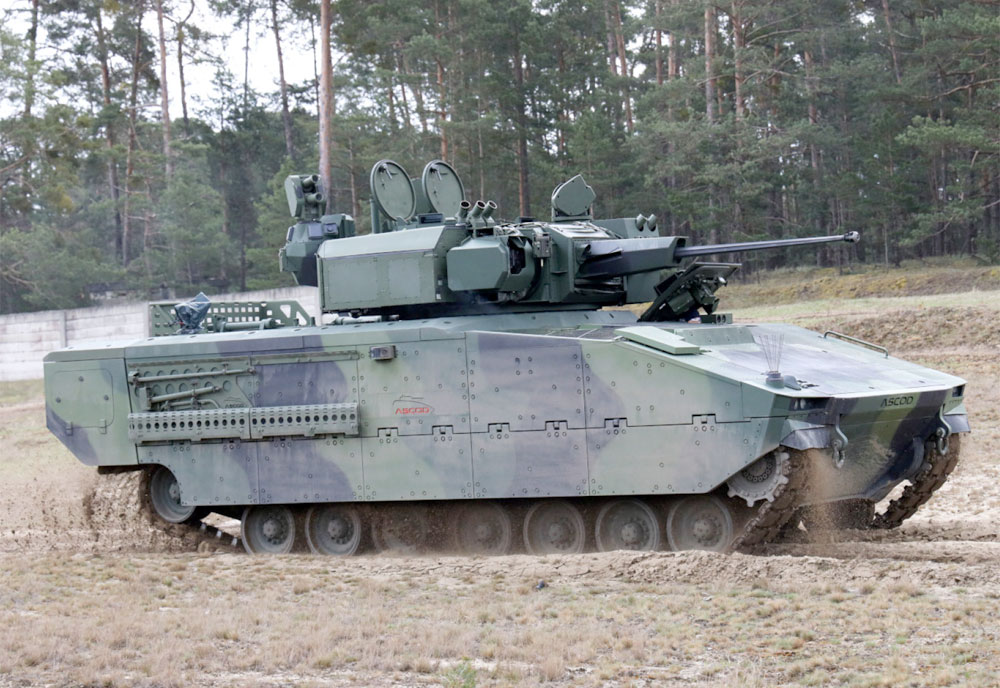 Image from the Slovakian Ministry of Defense; Public Release.