The British Army AJAX is a highly-modular Armored Fighting Vehicle to fulfill various roles within the British Army - it is based on the Austrian-Spanish ASCOD design.

Authored By: Staff Writer | Last Edited: 11/04/2021 | Content ©www.MilitaryFactory.com | The following text is exclusive to this site. 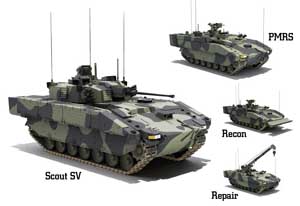 The British Army is currently developing the Scout SV family of vehicles with General Dynamics (UK). Origins of the vehicle go back into the late 1990s when the British Army sought a modernized, modular, air-transportable (Lockheed C-130 Hercules- / Airbus A400M-class) solution for their aging stock of tracked armored fighting vehicles then in service. Initially, the British teamed with Germany to develop what would become the "Boxer" modular Armored Fighting Vehicle (AFV) but UK involvement in that program ended in 2003. In May of 2004, the "Future Rapid Effect System" (FRES) program was established and contenders became the German Boxer, the Swiss Piranha V, and the French Nexter VBCI - all multi-axle, wheeled AFVs. A restructuring of the program eventually led to none of these vehicles being selected and the FRES program fell to history.

In 2009, BAe Systems and General Dynamics were named as the survivors of the new "Specialist Vehicle SCOUT SV" program brought about by the Ministry of Defense (MoD). On March 22nd, 2010, General Dynamics was declared the winner of the competition and given funding for the design, development, and construction of seven pilot vehicles for testing and evaluation. The MoD expects to field a fleet of 589 Scout SV systems - the production contract (totaling 3.5 British Pounds) was awarded on September 3rd, 2014.

The Scout SV is intended as a modular battlefield AFV that will undertake several prominent roles for the Army and allow retirement of existing, though aged, and rather single-minded vehicles in service. The new vehicle will displace in the 42-tonne range and offer modularity through various armament and component systems fittings to undertake the battlefield role at hand. All forms will utilize the same powerpack, running gear, and general arrangement in order to help keep operational costs to a minimum and repair costs low due to extensive interchangeability of the many parts involved per vehicle. As expected, the vehicle will sport all-modern digital systems with real-time processing, strong protection qualities, and good performance on road and off road - no doubt incorporating those lessons learned from fighting in Afghanistan and Iraq.

The base service model will become the Scout SV, an Infantry Fighting Vehicle (IFV) variant which utilizes a highly conventional design form for its general makeup. A well-sloped glacis plate is seen at front with the driver set to front-left and the powerpack to his right. The turret sits over the middle-rear of the hull roof and provides full 360-degree traversal as well as inherent elevation. Primary armament is a 40mm autocannon with a secondary 7.62mm coaxial machine gun fitting. Smoke grenade dischargers are featured in two banks of eight dischargers at either frontal side panel of the turret to allow the vehicle a self-screening capability. Amphibious travel is possible with propulsion handled by the motion of the tracks. Entry/exit is through a variety of hatches along the hull roof and turret as well as the rear hull panel. The vehicle's running gear includes seven rubber-tired road wheels to a hull side with the drive sprocket at front and the track idler at rear. Side armor skirts will serve to protect the vulnerable upper track spans. The IFV variant crew will total three with internal space reserved for combat-ready infantry.

The Scout SV designation will serve the basic IFV role and there are several other forms under consideration including the "Protected Mobility Reconnaissance Support" (PMRS), Engineering Reconnaissance, Repair & Recovery (R&R), Command & Control (CC2), and Repair SV vehicles. The PMRS loses the cannon-armed turret of the Scout SV and incorporates a fully-stabilized Remote Weapon Station (RWS) instead. The Reconnaissance model follows suit but installs a bulldozer-type assembly at the bow. The R&R vehicle features the RWS but a smaller bulldozer assembly at front. The CC2 vehicle sports a RWS and installs additional communications gear for the role. The Recovery SV incorporates a powered crane arm over the hull as well as the RWS.

In 2015, the Scout SV program netted a Mobile Test Rig (MTR) for trials and the first pre-production system (in PMRS form) was showcased back in 2014.

The Scout SVis based on the original General Dynamics ASCOD system (used by the Spanish Army). This development began as a joint venture between Austria and Spanish and produced the Ulan and Pizarro vehicles respectively. The line entered service in 2002.©MilitaryFactory.com
Note: The above text is EXCLUSIVE to the site www.MilitaryFactory.com. It is the product of many hours of research and work made possible with the help of contributors, veterans, insiders, and topic specialists. If you happen upon this text anywhere else on the internet or in print, please let us know at MilitaryFactory AT gmail DOT com so that we may take appropriate action against the offender / offending site and continue to protect this original work.

June 2021 - Twenty-five AJAX systems have been delivered to the British Army.

September 2021 - Some 20% of the entire AJAX fleet are ready for delivery or have been delivered to the British Army. Up to 589 are still expected for procurement.

November 2021 - Noise and vibration issues have kept the AJAX from entering operational service.

Also any personal weapons carried by the crew.

(Not all weapon types may be represented in the showcase above)
Dependent upon armament fit. 18 x Smoke grenades. 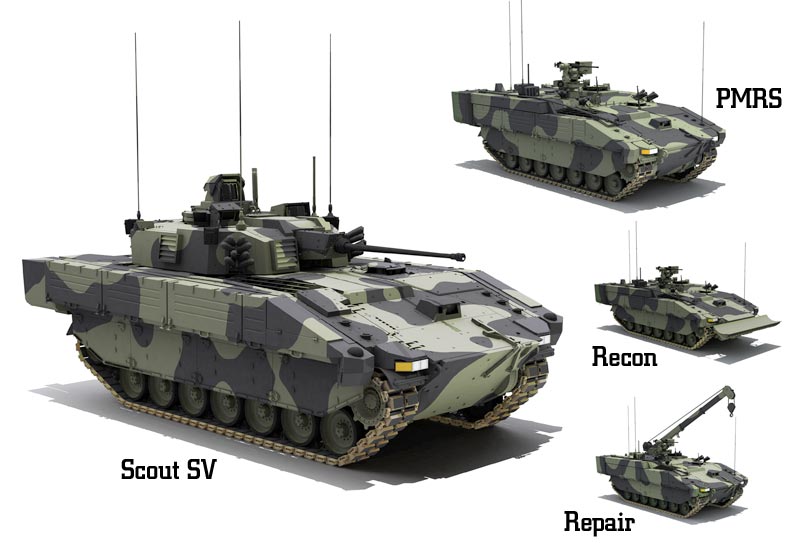