The M3 half-track became synonymous with the American involvement in World War 2 - serving across all major theaters of the conflict. 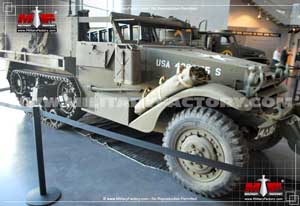 No image of the American military effort in World War 2 is complete without the appearance of the M3 Half-Track vehicle. The M3 appeared in large production numbers and was the Allied counter to the German SdKfz 251 series half-track of similar scope and function. The M3 served primarily a personnel carrier, shuttling infantry to and from the front, but could easily double in other battlefield required roles such as MEDical EVACuation (MEDEVAC), equipment carrier, weapons platform and general light reconnaissance. The M3 became the definite Allied half-track of note and was used throughout the war where its hybrid truck-tank design could traverse the most unforgiving of terrains. Its forward axle was of a twin wheeled design with its aft section supported through a track-and-wheel assembly. This particular half-track series was used by all major Allied forces (including the Soviet Union via Lend-Lease) and saw continued use in the post-war years with the growing nation of Israel and a rebuilding France.

The basic half-track concept was originally showcased by the British in World War 1. By then, however, the combination of tracks an automobile-style wheels seemed impractical when fully-tracked or six-wheeled vehicles with four-wheel drive was favored. The half-track saw a comeback of sorts in the interwar years, primarily during the 1930's, where development peaked on both sides of the ocean. The German Army made extensive use of such vehicles in their route of enemy forces via the "Blitzkrieg" and the Americans took particular note of a French-made design known as the Citroen Kegresse P17. Such was the American interest in the French system that several of the French forms were purchased for additional hands-on testing and evaluation.

The P17 was soon spawned into the "T14" army half-track prototype of 1931. The T14 - produced primarily by the Army Ordnance Depot among others - was nothing more than a White Scout Car M2 series chassis melded to the Kegresse half-track suspension system. The resulting design proved adequate enough to become the newly-minted "Half-Track Car M2". Production of the Half-Track Car M2 was already underway by 1941 with Europe already embroiled in what would become known as "World War 2" since September of 1939.©MilitaryFactory.com
Advertisements

The Half-Track M3 soon appeared in 1941 and began to supplement the M2 types in frontline service. The M3 differed somewhat from the preceding design in that it showcased a lengthened hull. Original forms featured a pedestal-mounted 0.50 caliber machine gun at center for self-defense but this was later replaced by a more traditional "pulpit" style assembly on future production models. Beyond the M3 came the "M5" which differed little more than in the manufacturing process used. The "M9" was a related half-track armored car design.

The M3 was then spawned into a myriad of roles from the base personnel carrier. One of the most fearsome was the "Quad-50" anti-aircraft platform which saw a battery of 4 x 0.50 (12.7mm) caliber Browning heavy machine guns mounted atop a turning pedestal. This formidable array proved exceptional in the low-level air defense role and could be turned on unfortunate enemy infantry in a pinch as well. Other variants of the M3 series became specialized gun carriers mounting weaponry from 57mm to 105mm self-propelled guns. Mortar carriers, armored ambulances and engineering vehicles were also produced.

The M3 series was far from a perfect machine. Though robust, it was never deemed as highly reliable as other wheeled systems then available. The thin floor armor made the occupants extremely susceptible to land mines and the fabric covering overhead did little to protect from the elements, artillery spray or air attack. Despite these limitations, the M3 operated without much complaint, being exposed to the harshest of wartime elements and conditions to the point that the system would achieve legendary status by war's end. The American half-track was produced to the tune of some 41,000 examples by 1944 and saw continued use in the years following. The M3 also saw combat service with the burgeoning Israeli Army and, in some forms, still continues along supplementary roles around the world today (2013) - though to a lesser extent than in the decades previous.

The American involvement in the Korean War (1950-1953) following World War 2 ensured that M3 vehicles and all her kind would be called to action once more. After the conflict, however, doctrine involving use of half-track vehicles was given up worldwide as Armored Personnel Carriers (APCs) and Infantry Fighting Vehicles (IFVs) - both wheeled and tracked - began to take center stage.©MilitaryFactory.com
Note: The above text is EXCLUSIVE to the site www.MilitaryFactory.com. It is the product of many hours of research and work made possible with the help of contributors, veterans, insiders, and topic specialists. If you happen upon this text anywhere else on the internet or in print, please let us know at MilitaryFactory AT gmail DOT com so that we may take appropriate action against the offender / offending site and continue to protect this original work.
Advertisements 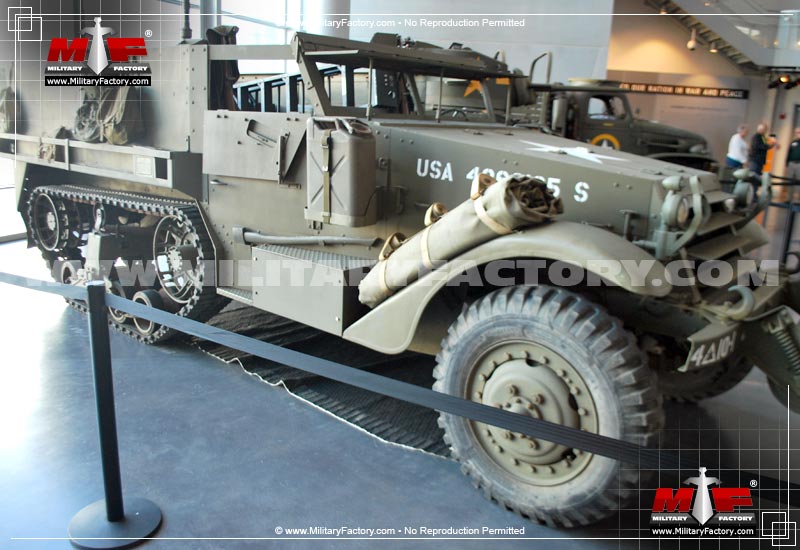 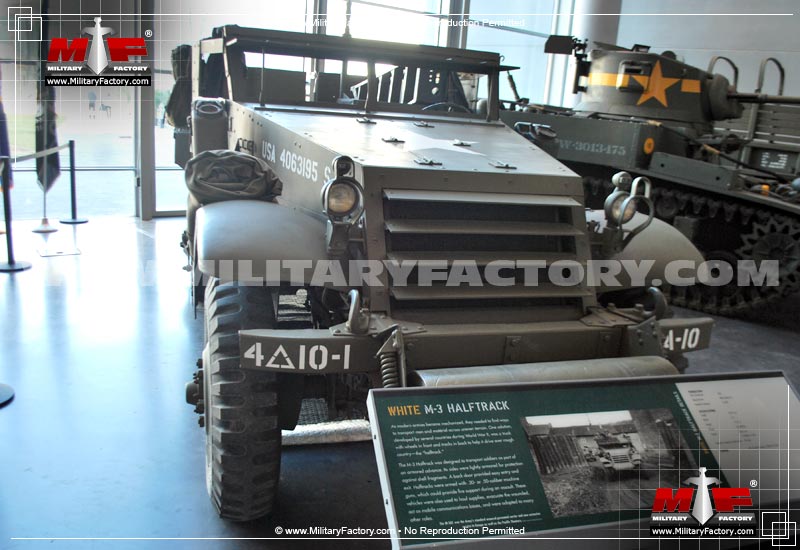 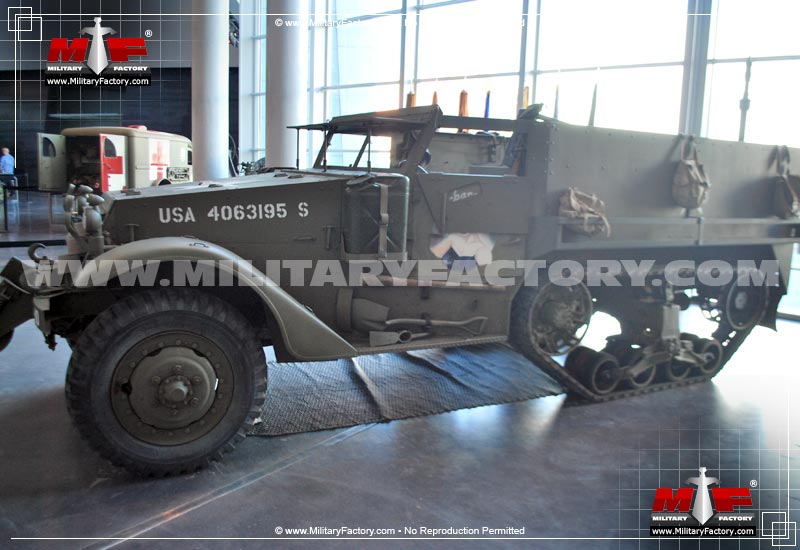 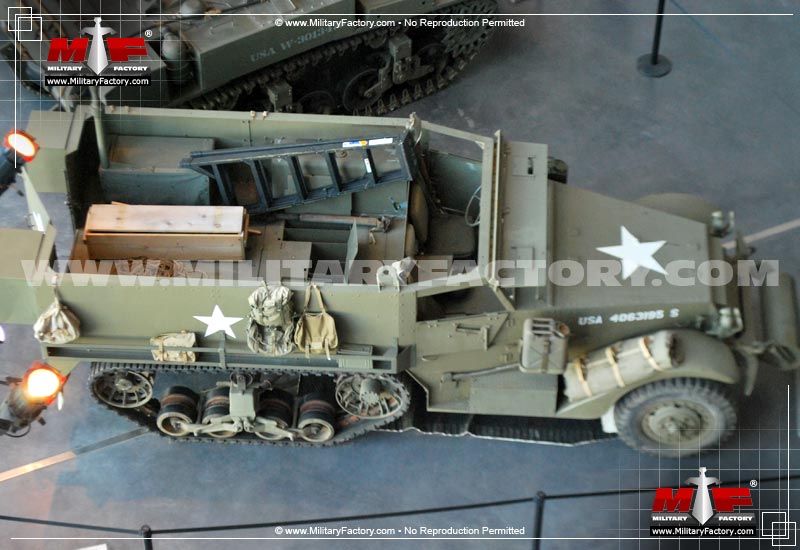 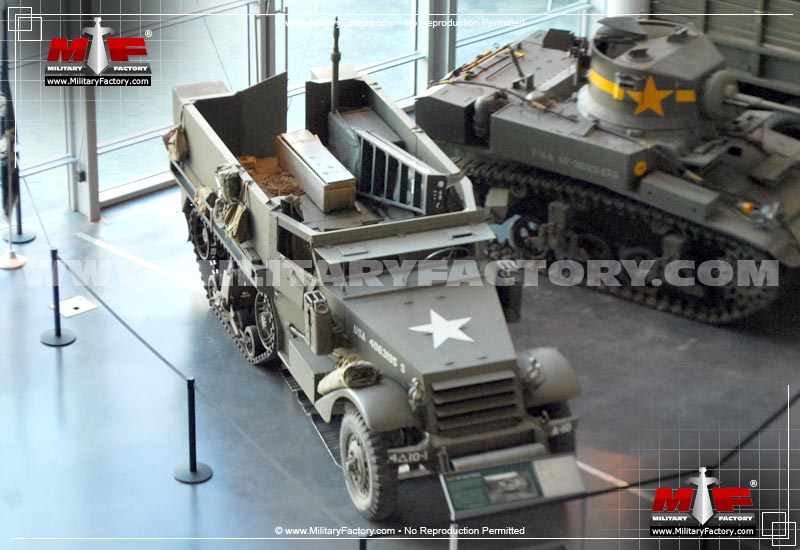 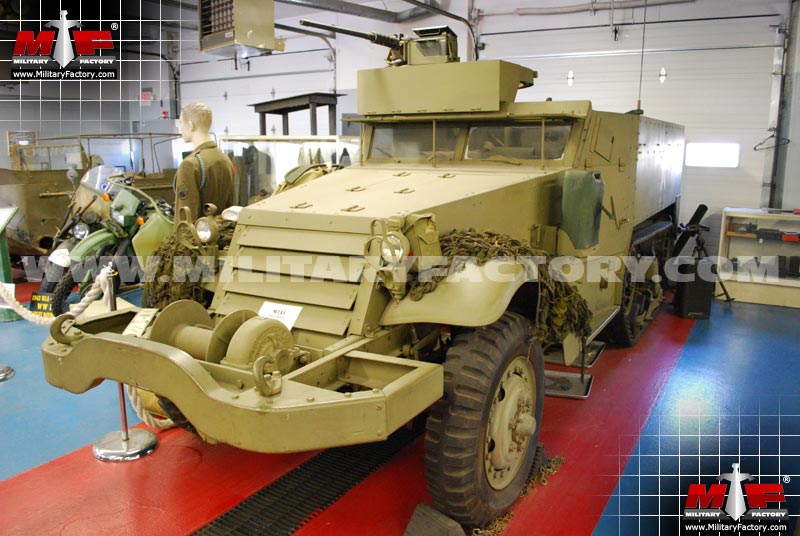 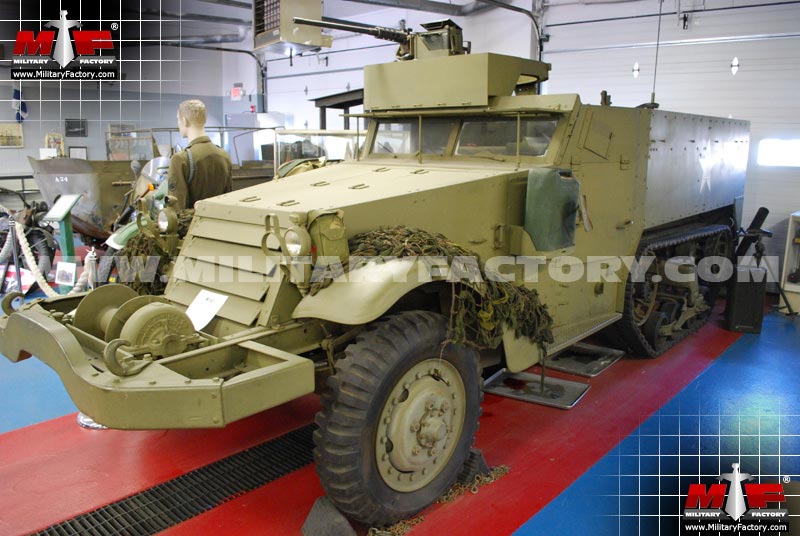 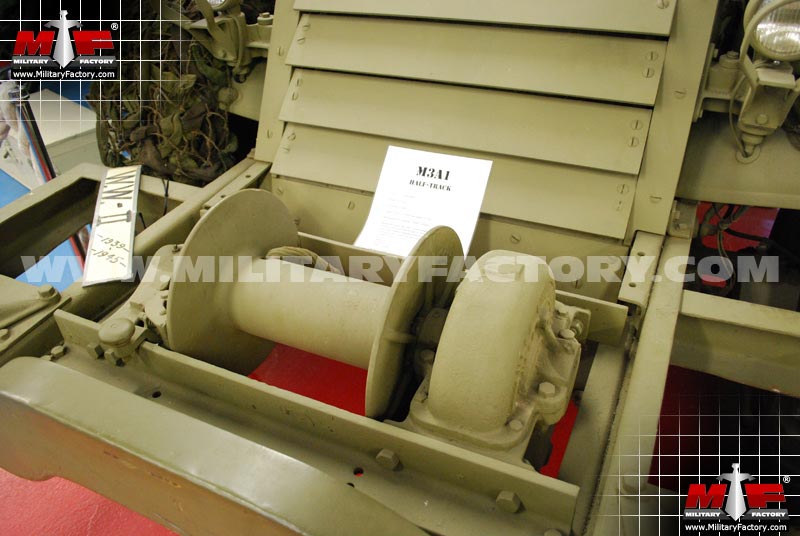 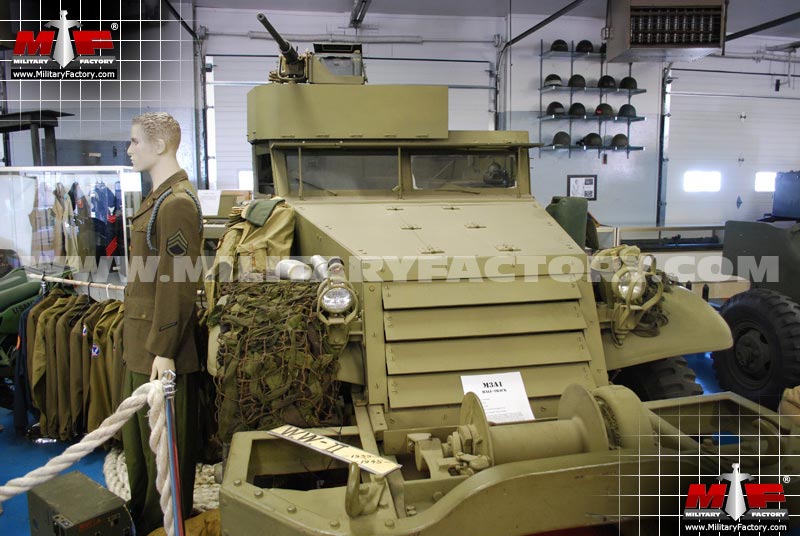 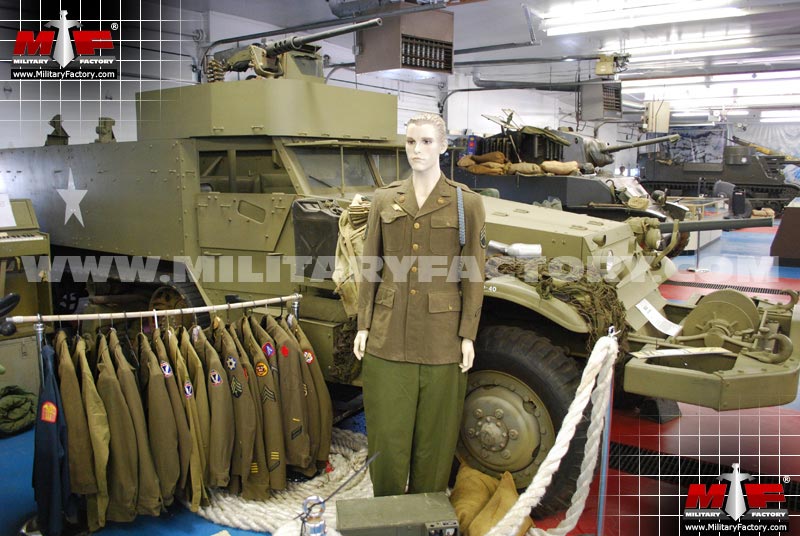 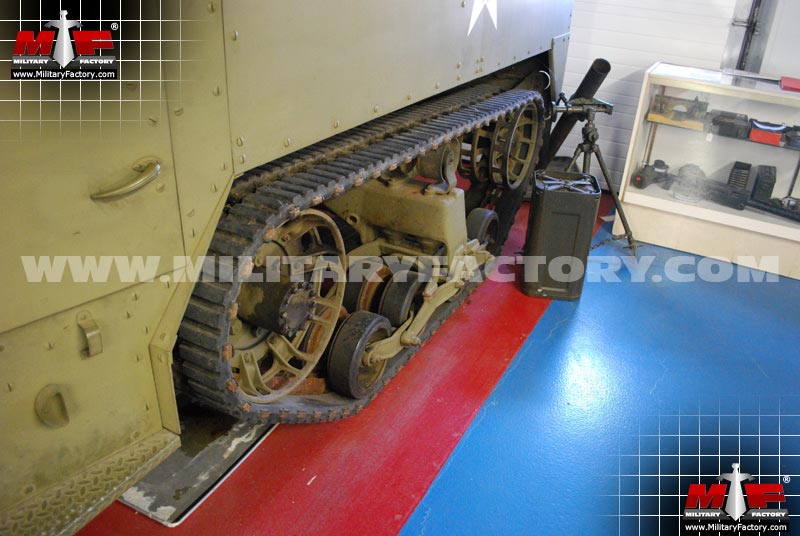 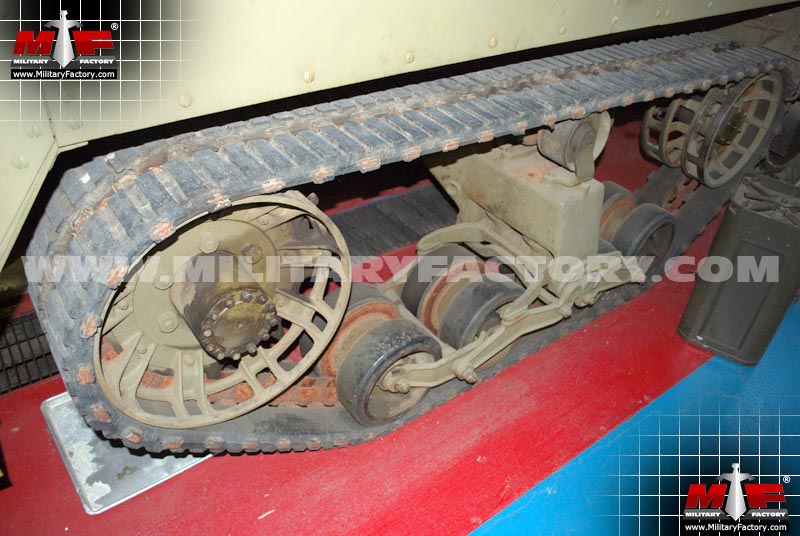 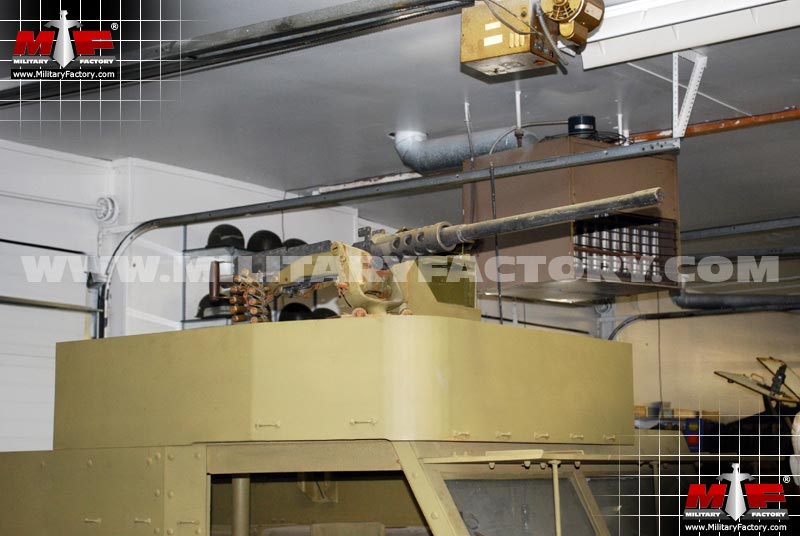 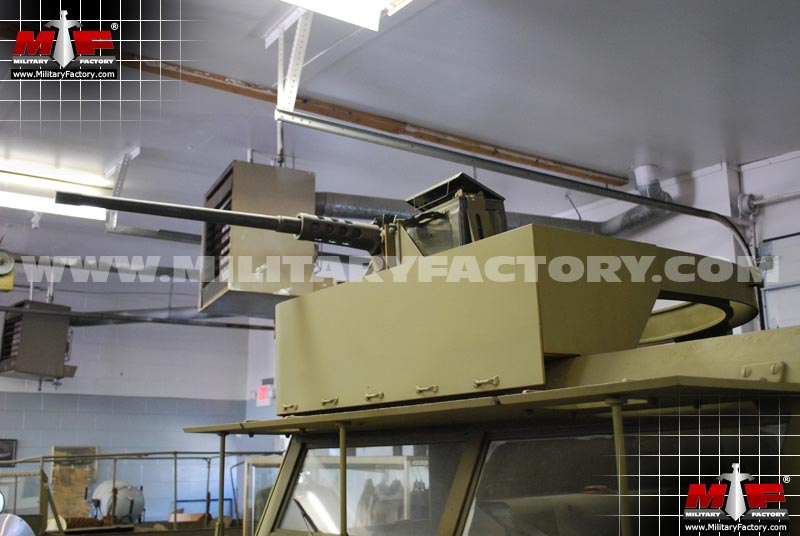 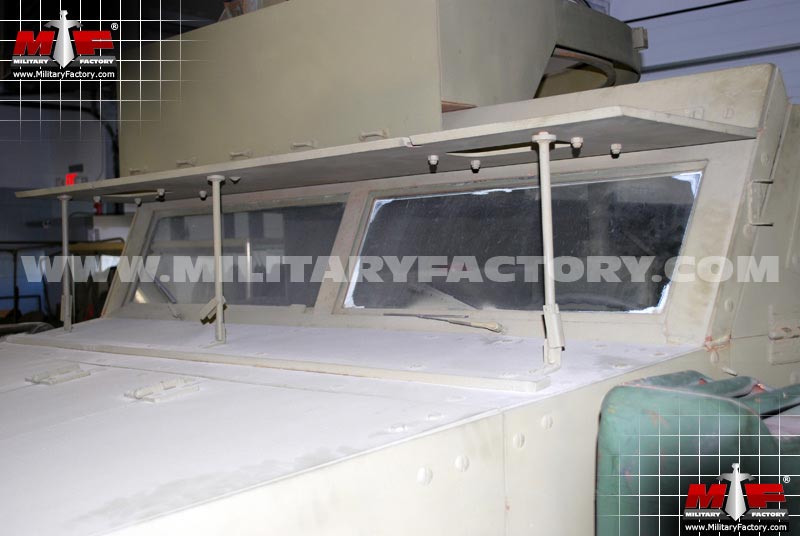