Authored By: Staff Writer | Last Edited: 08/20/2019 | Content ©www.MilitaryFactory.com | The following text is exclusive to this site. 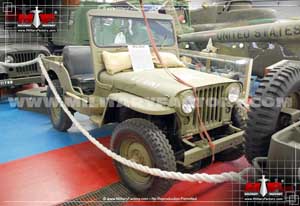 The massive success that was the Willys MB "jeep" 4x4 utility vehicle of World War 2 prompted US Army officials to seek an improved form. Willys-Overland responded with the newer Model C (Willys MC) which was taken into US Army service in 1950 as the M38. The previously-generic "jeep" name was also trademarked by Willys in 1950 to protect "Jeep" as an official company product. The militarized M38 with reinforced frame was built upon the commercial Willys CJ-3A model and ultimately spanned two primary marks in the original M38 and the revised M38A1. Altogether (including recorded foreign production) approximately 161,200 vehicles were produced and, of these, 60,000 were of the original M38 model, 80,000 of the revised M38A1 and some 21,200 given to foreign purchasers. There also proved additional undocumented M38 production either through license or illegal manufacture that often are not possible when total units are figured. Production of original M38s spanned from 1949 into 1952 to which manufacture then turned to the M38A1 lasting from 1952 to 1957. Few M38 series jeeps managed to see actions on the Korean peninsula during the Korean War (1950-1953) and many jeeps operating in this theater were of the original World War 2-era Willys MB.

The Willys-Overland Motors brand ("Willys" for short) was originally established in 1908 by John Willys and headquartered in Toledo, Ohio. The concern provided several automobile marks throughout the 1920s and 1930s, even surviving The Great Depression, while leading up to World War 2. The wartime Willy MB began production in 1941 and over half-a-million of the type were manufactured for the US military and others (including the Soviet Union via Lend-Lease) between Willys and Ford Motor Company. Falling on lean times in the post-war years, Willys-Overland was purchased in 1953 by Kaiser Motors and renamed as the Willys Motor Company. In 1963, the Willys name changed, yet again, when the company was reformed as the Kaiser-Jeep Corporation. In 1970, Kaiser-Jeep was purchased by American Motors Corporation (AMC) to which AMC was then itself sold to Chrysler in 1987.

At a casual glance, the M38 resembled the war time MBs to a certain degree though careful observation ultimately revealed several notable changes in its design. Dimensionally, the M38 was granted a longer chassis and hull, increasing the vehicle's operating weight from 2,400lbs to 2,600lbs. The original war time "Go-Devil" I4 four-cylinder, gasoline-fueled engine of 60-62 horsepower was retained simply due to its inherent reliability and logistical friendliness within the US military. However, the use of a heavier frame soon revealed the Go-Devil as underpowered for the new design and this engine was then given up in favor of the more powerful Hurricane gasoline engine of 72 horsepower. In selecting an engine of taller profile, the hood was raised to compensate which then created a taller, rounder hood assembly. The design and engine change then gave rise to the M38A1 designation of the US Army while Willys recognized these models as Model D (Willys MD) and civilian forms were designated as CJ-5.

Looking every bit the part of a World War 2 jeep, the M38 continued the general form and appearance laid down by the original Willys MB. The engine compartment was conventionally set at front with the driver and passenger seats directly aft. The instrument panel was spartan though with the requisite system and performance gauges found. A folding windscreen allowed for unfettered access to the front for mounting of recoilless rifles and similar or, when propped up, use of a soft-top roof affixed by way of a thin strut assembly added to the rear section panels. The typical rounded jeep headlamps were retained as was the vertically-slatted engine grill. Passenger seating amounted to a cramped rear bench. All four tires could be driven (rear-wheel drive; all-wheel drive) and each axle managed a pair of rubber-tired, steel rimmed wheels. A spare wheel was typically stored along the rear hull wall and pioneer tools were stowed at the lower passenger side (the latter switched from the lower driver side in the Willys MB). Doors for the driver and passenger were optional. Dimensions included a running length of 133 inches and a height of 62 inches. The engine was coupled to a 3-speed T90 manual transmission system and managed through a conventional stick arrangement. Fording was possible thanks to fully-vented air intake and axle systems as well as waterproof electrics.

Canada produced the M38 locally (through Ford of Canada) as the CDN M38 beginning in 1952 and these went into service with the Canadian Army. The M38 was eventually used in the inventories of Australia, Belgium, Canada, Denmark, Egypt, South Iran, Korea, the United Kingdom and the United States and this through various roles, armed and unarmed.

(Not all weapon types may be represented in the showcase above)
Dependent upon armament configuration. 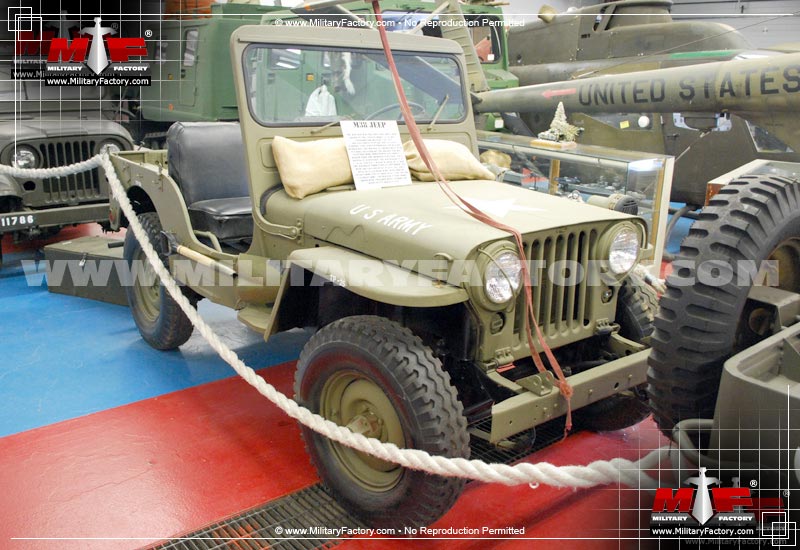 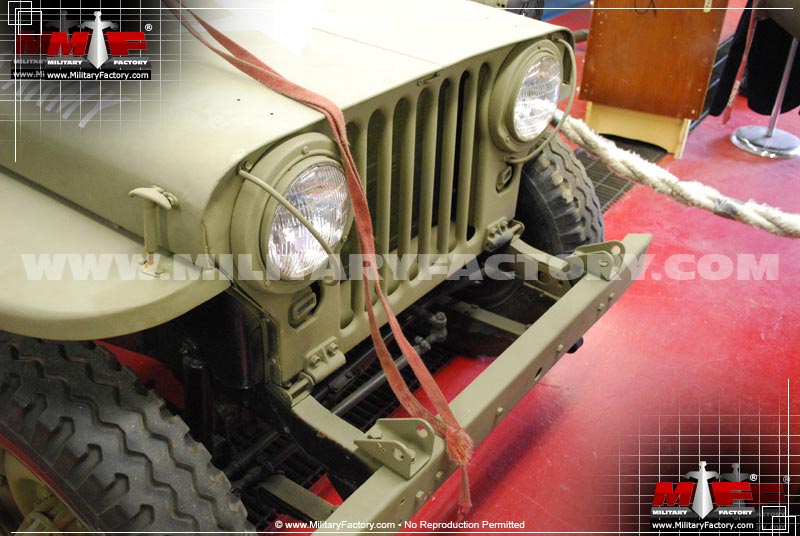 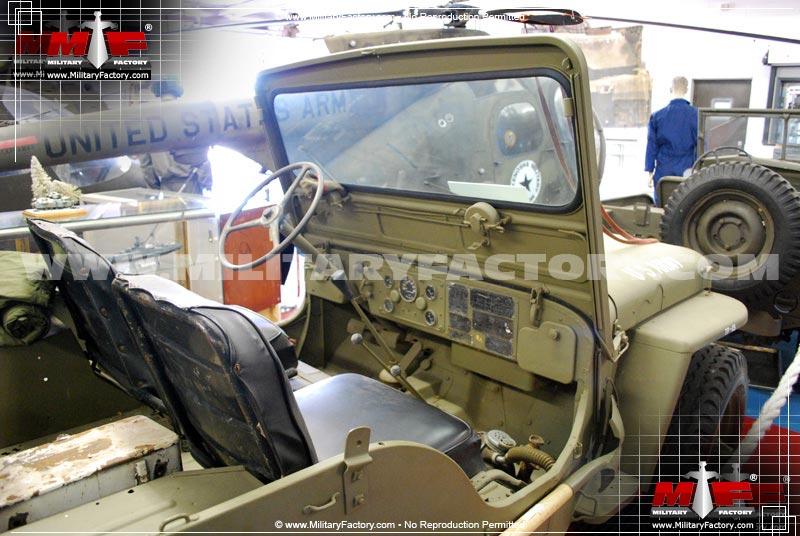 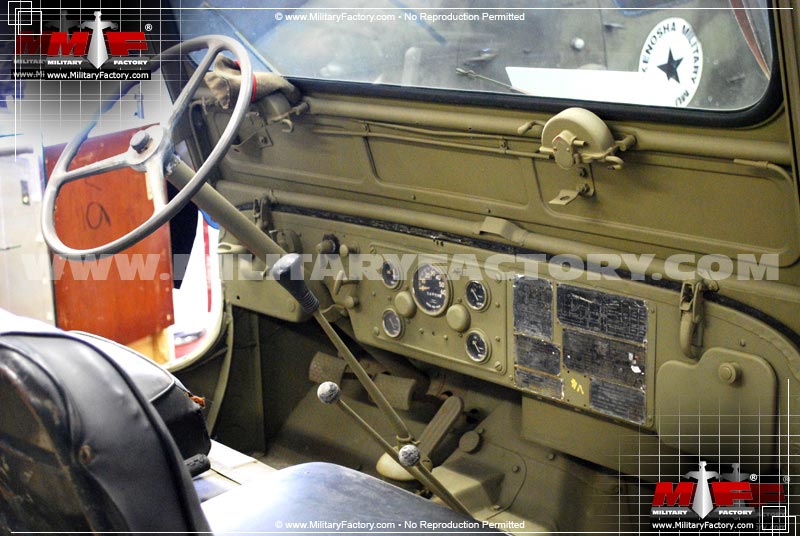 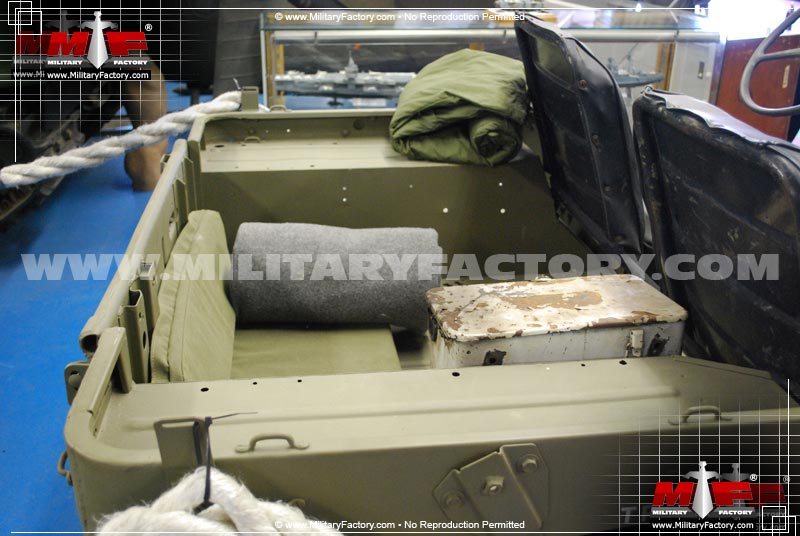 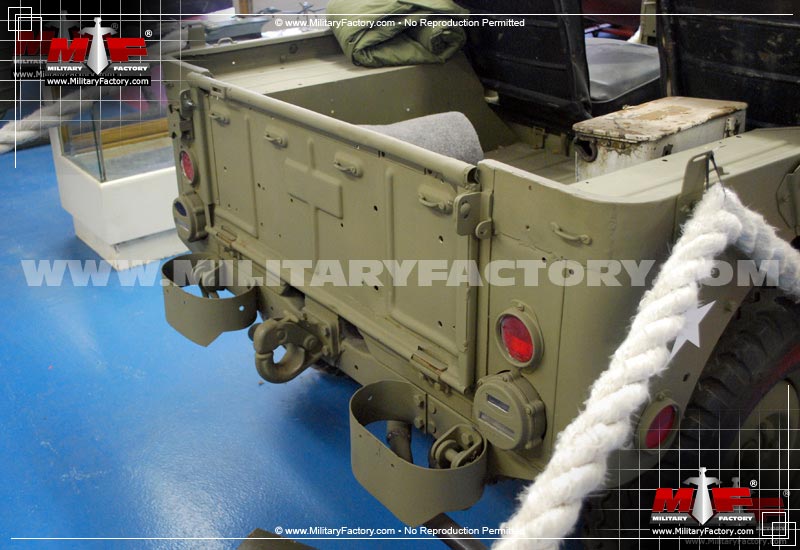 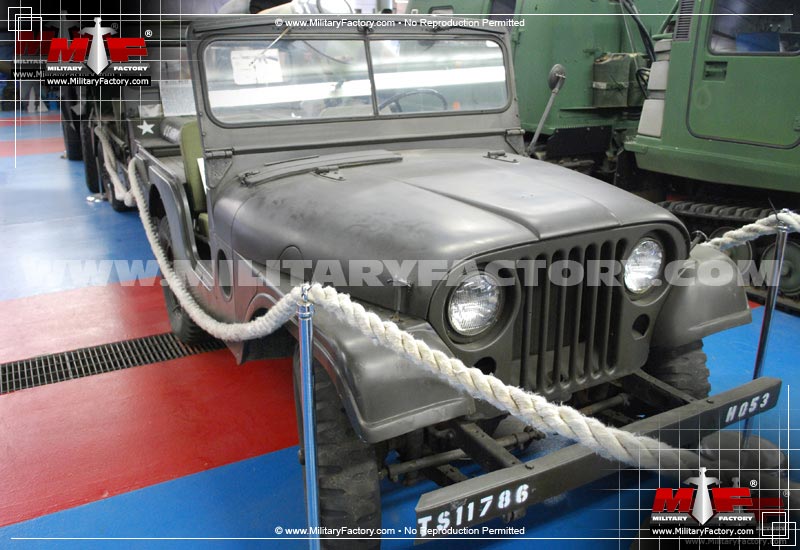 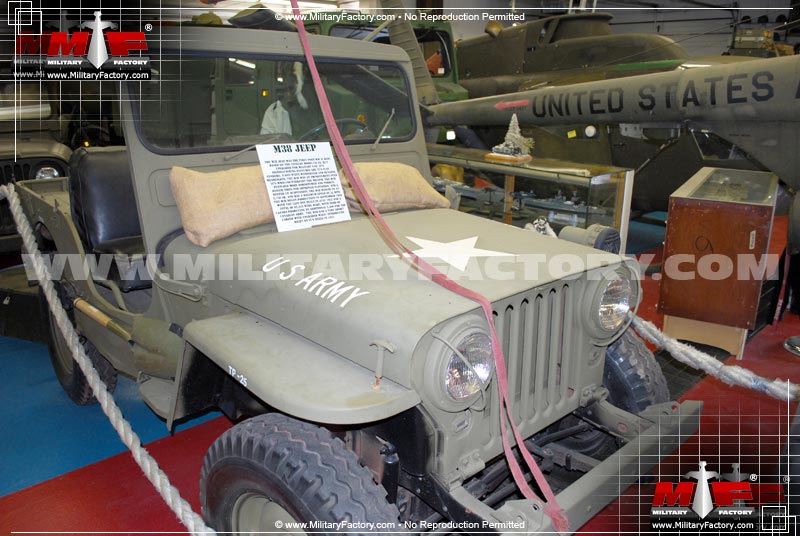 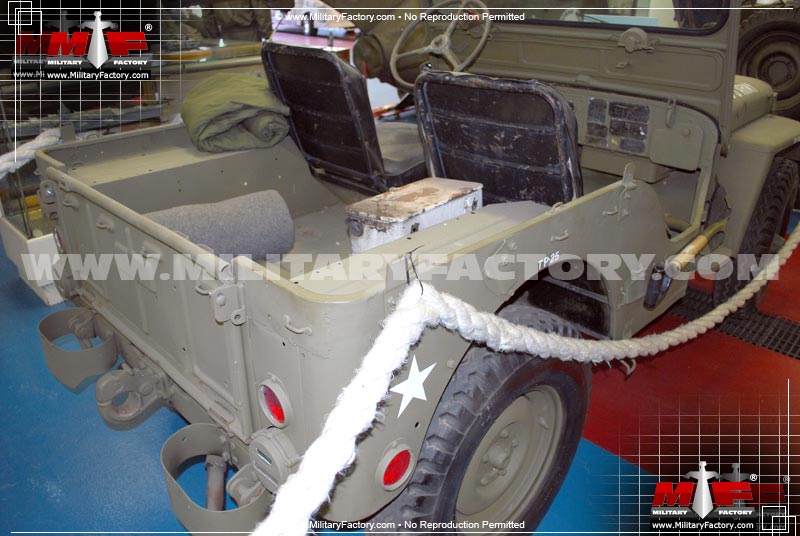 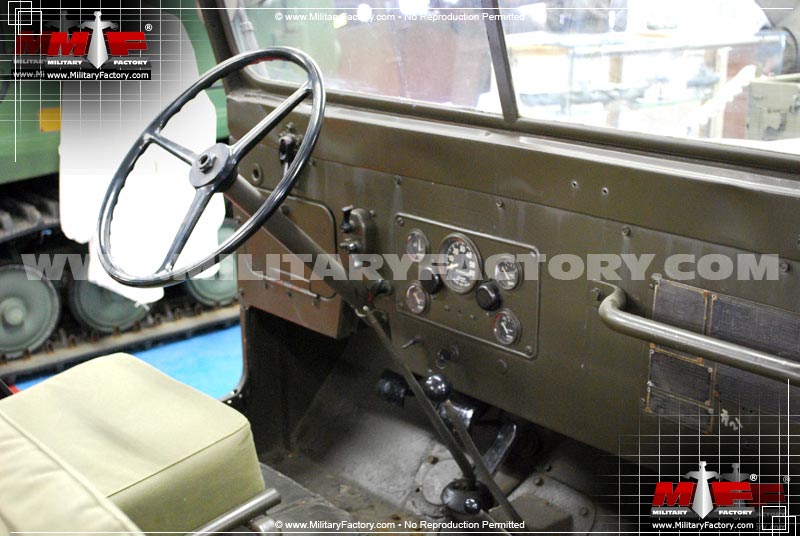 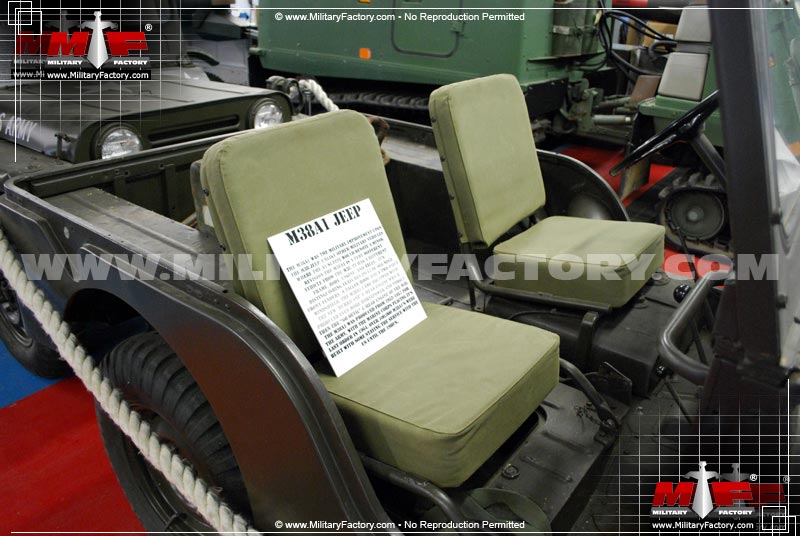 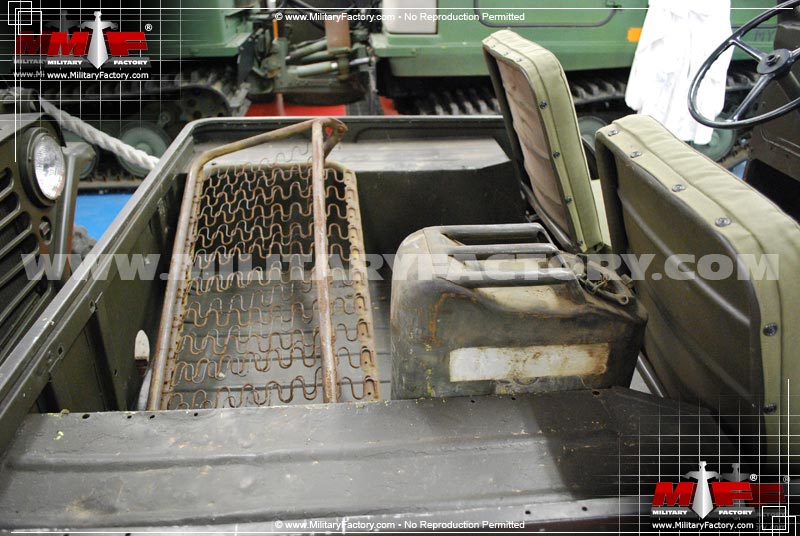