Authored By: Staff Writer | Last Edited: 02/24/2020 | Content ©www.MilitaryFactory.com | The following text is exclusive to this site. 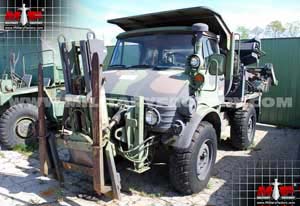 German infrastructure went through a critical rebuilding phase following World War 2. While its arms producing sectors were held in check, more civilian-minded endeavors were undertaken to shore up economic shortfalls. Once such initiative became the famous Mercedes-Benz UNIMOG - the "UNIversal MOtor Gerat" - a four-wheeled, 4x4 drive, medium-class utility truck intended to serve the agricultural market. In this role, the vehicle undoubtedly succeeded due to its all-terrain capabilities, high ground clearance and multi-role attitude allowing it to operate most anywhere and everywhere it was (and is) required. Pilot (prototype vehicles) emerged in 1946 to which serial production began in 1947. Since then, the series has evolved across many lines - including many militarized versions - for decades. As many as several hundred thousand UNIMOGs have been produced since the 1940s with the vehicle still marketed by Mercedes-Benz today (2013).

Original production was handled by Erhard and Sons of Schwabisch Gmund. Daimler-Benz became its primary manufacturer in 1951 to which the famous and easily identifiable Mercedes logo adorned all vehicle engine grills.

As an all-weather, all-terrain vehicle, the modern UNIMOG can operate in nearly all environments, some of them hazardous in nature. The transmission features 24 forward and 22 reverse gears to provide the "magic touch" when attempting to conquer terrains of all types. Base rear-wheel-drive can be used for management of smooth road surfaces while the all-wheel-drive is called upon to take on tougher assignments. This can include sand mounds, deep snow, muddy roads, uneven ground, loose stone roads and the like (chains can be affixed to each wheel unit for additional traction). The chassis is designed with some anti-rollover properties which protect both man and machine as well as cargo if applicable. The available ground clearance ensures that the UNIMOG can traverse landscape without fear of becoming lodged against uneven ground. Its oversized tires and high chassis also allow the vehicle to climb obstacles as required. The available diesel powerplant allows for a maximum road speed reaching 55 mph (90 kmh). Mercedes-Benz currently offers a range of diesel engines for the UNIMOG family, spanning 150- to 218-horsepower output.

The high center-of-gravity cabin supplies ample headroom as well as seating for up to three persons with an excellent view over the short nose of the vehicle. Access is via hinged, automobile-style windowed doors located to either side of the cabin. The steering assembly is fixed at the left side and is ahead of a conventional instrument panel featuring typical automobile status indicators, gauges and a pair of liquid-crystal display multi-function units. The cabin is further air conditioned for operation in high temperature/high humidity climates and a heater provided for all other. A square or round (optional) roof hatch is provided.

Key to the UNIMOG's success has been its available onboard power which is proven in driving a plethora of industry machines from the running engine. As such, the UNIMOG has been featured in agriculture, forestry, snow removal, mowing, brush/debris clearance, firefighting (forest fires), humanitarian assistance (rescue) roles and in reaching far-off, difficult access locations including flooded areas and deep snow (the latter two made possible by the high-mounted exhaust port along the cabin side). The vehicle can haul some 1,100 tons (short). It is clear to see the military applications inherent in such a vehicle.

Currently marketed UNIMOG models by Mercedes-Benz include the U300, U400, U500, (part of the "Professional Implement Carriers" group) U3000, U4000 and U5000 series. Several major military forces - including the United States Army and Marine Corps - utilize the handy UNIMOG in their present inventories.
Advertisements

(Not all weapon types may be represented in the showcase above)
Dependent upon personal weapons carried by the crew (if any). 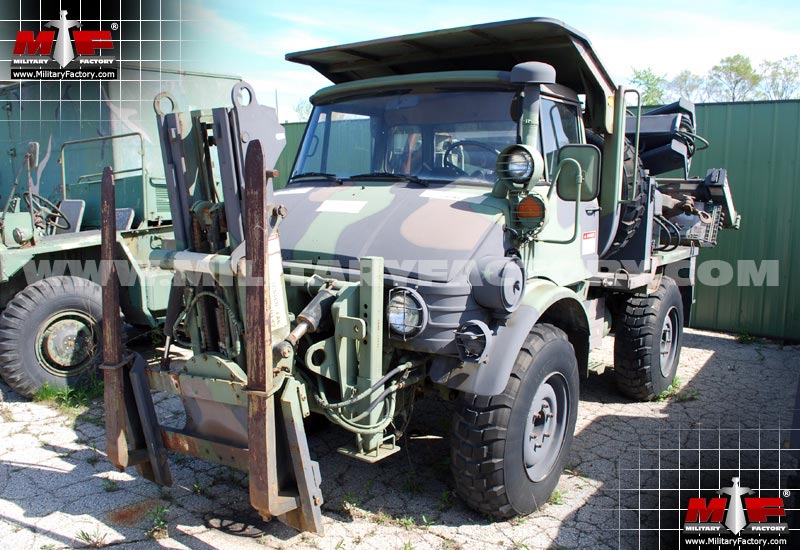 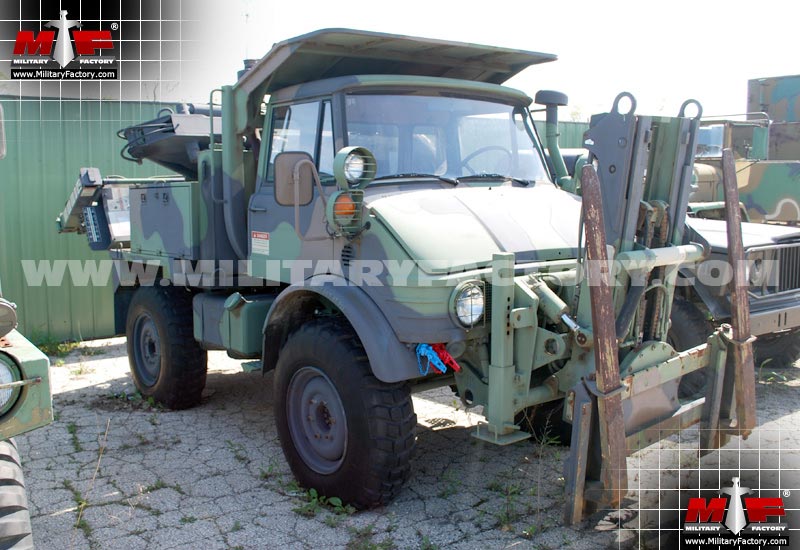