Authored By: Staff Writer | Last Edited: 04/23/2022 | Content ©www.MilitaryFactory.com | The following text is exclusive to this site. 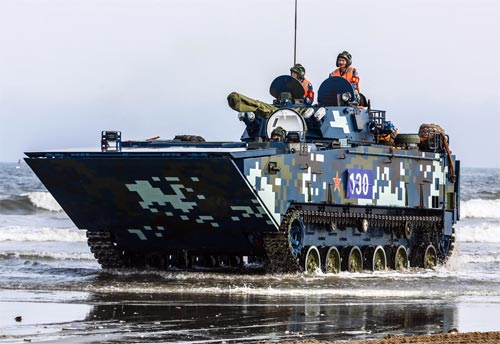 The massive expansion programs of the Chinese military in recent decades has added a new, all-modern amphibious tracked vehicle design in the "ZBD2000". The ZBD2000 actually heads a family of modular-minded armored vehicles in which the basic hull is utilized as an Armored Fighting Vehicle (AFV), an Infantry Fighting Vehicle (IFV), a dedicated Light Tank (LT) platform and other required battlefield roles including that of Command & Control Vehicle (CCV). All of these designs make use of the same powerpack, running gear, suspension system and hull shape to produce a viable cost-effective end-product - the changes mainly in internal layout and turret installations (and thusly armament fittings). After a period of internal development, the ZDB2000 entered service in 2006 and currently forms a section of the amphibious warfare group of the People's Liberation Army Marine Corps, a force charged with approaching enemy territory from the sea and able to secure a beachhead prior to moving further inland. As such, the ZBD2000 is inherently a fast-moving, lightly-armored and lightly-armed vehicle.

The base ZBD is a 26-ton vehicle with a conventional track-and-wheel system powered by an internal diesel engine installation. Maximum road speeds reach 40 mph (65 kmh) with an operational range listed at 500 km - key qualities to consider when estimating the capabilities of a modern armored vehicle. The track arrangement sees six double-tired road wheels to a hull side, each well-spaced with the rear-most pair decidedly aft of the others. The drive sprocket is in the front of the hull with the track idler at the rear. The ZDB is suspended on a conventional torsion bar suspension system for good cross-country traverse qualities. Outwardly, there is no mistaking the Soviet-era influence in the Z-family of Chinese military vehicles - their appearance akin to the Soviet-Russian BMP amphibious light tank series of which several generations remain in active service the world over. The glacis plate is very well-sloped and leads up to the flat hull roof line. The rear of the hull is squared-off to accommodate the large electrically powered entry/exit door which doubles as a loading ramp for infantry. The hull sides are completely vertical, offering only basic ballistics protection against small arms fire and artillery spray. Depending on the variant type, armament is housed in a fully-powered, 360-degree traversing turret situated just aft of center mass. The driver is situated at the front left of the hull with the fighting compartment to his rear. The gunnery crew and vehicle commander reside in the turret. This leaves the powerpack to be seated in a compartment along the front right side of the hull next to the driver's position.

The base Z-family vehicle is the is the ZBD2000 AFV which makes use of a pair of waterjets at the rear of the hull for propulsion through bodies of water. A planing-designed hull allows for decreased draught during increased speeds. The ZBD2000 is intended for transporting combat ready infantry under protection from small arms fire with a modest armament load to which the powered rear door assists in providing unfettered access in and out of the fighting compartment.

The ZBD05 IFV is broadly similar to the AFV model though with increased armament potential intended to supplement the light tank form (detailed below). This version is armed with a turreted 30mm autocannon coupled to a roof-mounted Anti-Tank Guided Missile (ATGM) launching rail for anti-armor capabilities. Defense is through a 7.62mm coaxial machine gun, smoke grenade dischargers and personal weapons carried by the crew. Up to eight combat-ready infantry can be carried in the rear fighting compartment while the vehicle is crewed by three (driver, gunner and commander) standard operating personnel.

The ZTD05 LT is a light tank derivative of the ZBD2000 AFV and noted for its installation of a heavier turret with a shortened 105mm main gun barrel and coaxial 7.62mm machine gun. The vehicle is crewed by only four personnel (driver, commander, gunner and loader) and does away with the passenger-carrying capabilities of the former designs (as well as their rear access door). The vehicle is cleared to fire conventional HEAT (High-Explosive, Anti-Tank), HE (High-Explosive) and APFSDS (Armor-Piercing, Fin-Stabilized Discarding Sabot) projectiles as well as ATGM anti-armor missiles which broadens the tactical capabilities of the PLAMC extensively - able to combat infantry, light armored vehicles and combat tanks as required. The main gun is stabilized along both axis and managed through a modern digital Fire Control System (FCS) offering accuracy at range and when on-the-move. A 12.7mm heavy machine gun is fitted to the turret roof to counter the threat of low-flying aircraft as well as lightly armored enemy vehicles. As in the ZBD05 IFV, the ZTD05 LT also makes use of integrated electrically-launched smoke grenade dischargers for self-defense or to screen the vehicle when undertaking offensive-minded actions. Other modern onboard battle systems include a laser rangefinder, thermal imaging device and GPS navigation. The ZTD05 Light Tank would precede all other Z-vehicles during a Chinese amphibious landing, able to direct fire to near-shore enemy positions with its main gun and proceed inland and counter armored enemy threats as required.©MilitaryFactory.com
Note: The above text is EXCLUSIVE to the site www.MilitaryFactory.com. It is the product of many hours of research and work made possible with the help of contributors, veterans, insiders, and topic specialists. If you happen upon this text anywhere else on the internet or in print, please let us know at MilitaryFactory AT gmail DOT com so that we may take appropriate action against the offender / offending site and continue to protect this original work.
Advertisements

(Not all weapon types may be represented in the showcase above)
Not available. 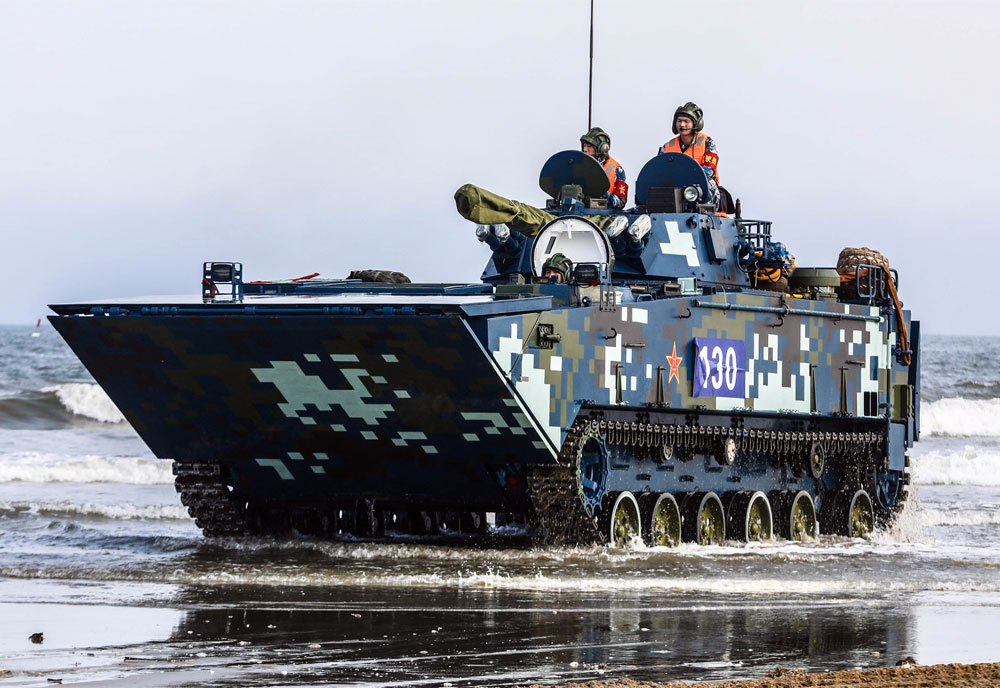 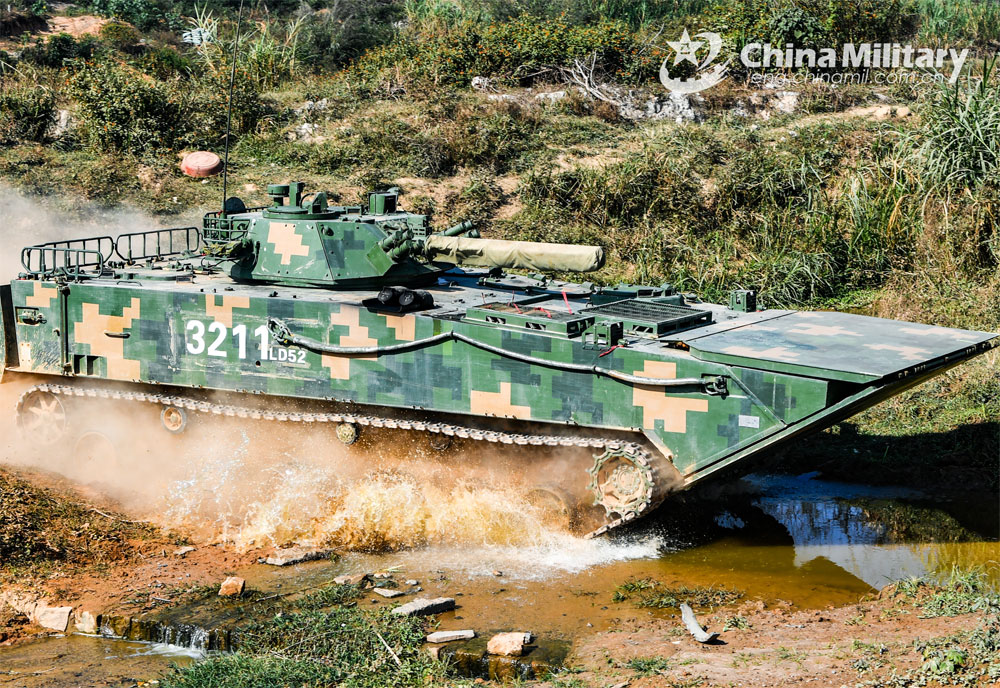 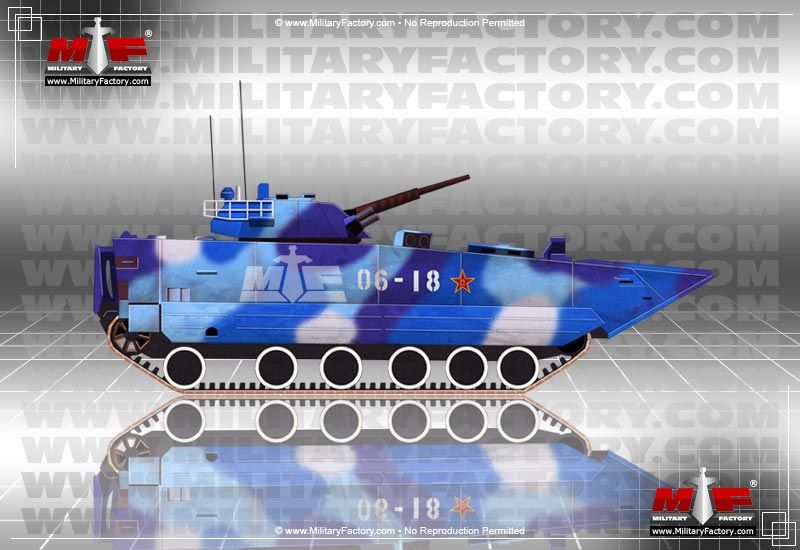