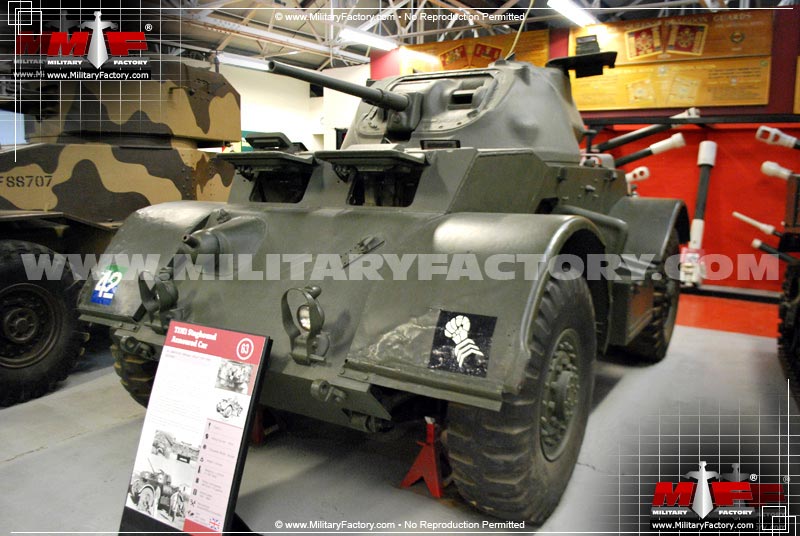 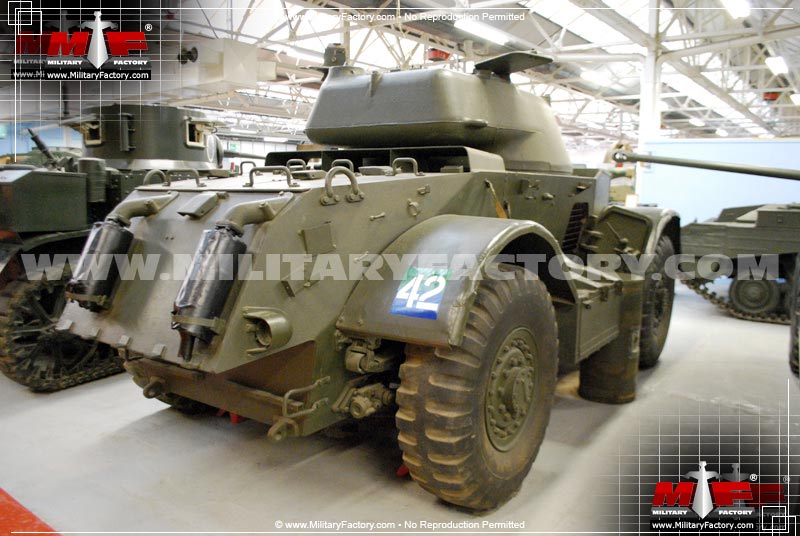 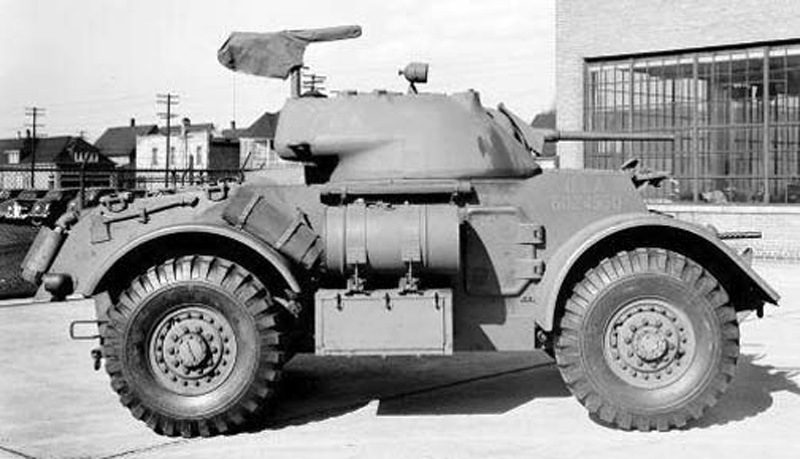 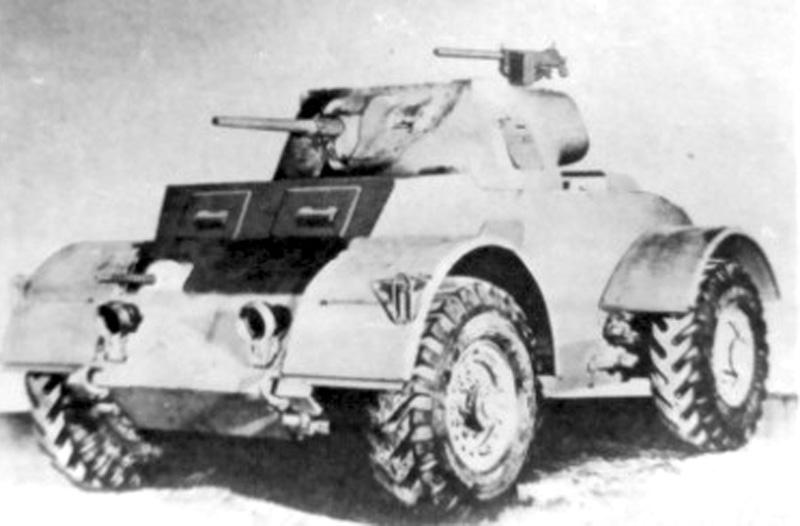 Designed and built in the United States, the T17E1 Staghound armored car served foreign forces throughout World War 2 and beyond.

Like other players of World War 2 (1939-1945), the United States Army finally realized the importance of light armored wheeled vehicles for the armed scouting role. A medium-class car was sought in July of 1941, prior to the U.S. involvement in the war proper (this was to come in December 1941), and to this was added a requirement for a heavy-class car as well. Two designs were made for the medium model requirement and came from competitors Ford and Chevrolet. The former delivered a 6x6 wheeled form with roof-mounted turret armed with a 37mm M6 series gun while the latter became a more compact 4x4 wheeled model mounting the same turret. The heavy-class design went on to become the 8x8 wheeled T18 "Boarhound" and about thirty examples were built. The Ford vehicle became the T17 "Deerhound" and the Chevrolet model became the T17E1 "Staghound" - both names coming from the British.

The British Army was in need of any and all armored vehicles during the early phases of the North African Campaign. They commissioned for the T17 to be serially produced and this was granted in October of 1942 by American authorities. Meanwhile, the U.S. Army attention eventually settled on mass production of the M8 "Greyhound", another 6x6 wheeled system that was more in line with Army needs of the time. The Army also furthered production requirements of the T17 as a measure against availability of the new M8 should the latter run into delays in reaching units on the front. The T17 was to take on the official Army designator of "M6".

When the T17 was formally evaluated by the U.S. Army, the design showcased enough weaknesses that there was a decided decline in interest for the Ford product. By this time about 250 examples had been delivered from Ford assembly lines and, now facing rejection, this stock was handed down to local Army military police and kept stateside.

The British focus then fell to the other standing design, the T17E1 Staghound, which seemingly met the requirements of the service - particularly as experience in North African began to flesh out what was being needed to combat the might of German and Italian forces. The U.S. Army had already commissioned for 2,000 of the type in January of 1942 and this was followed by about 300 examples for British Army service. However, by the end of the year, the M8 design had also moved ahead of the T17E1 for the Army and the large order was cancelled. Nevertheless, the British requirement stood and serial production ended in the thousands under the Lend-Lease agreement - about 4,000 were eventually delivered though too late for service in North Africa.

Staghounds were to see their first operational service (under British Army command) during the Italian Campaign of 1943 but its size precluded its use in some of the tighter village streets dotting the countryside. The vehicle provided good service for its part in the war as it was well-protected and well-armed for a vehicle of this class. Additionally, its powertrain gave good range in keeping up with mechanized forces, reconnoitering areas ahead of the main force and harassing light enemy formations at range. Staghounds managed to serve in a frontline capacity up until the end of the war in Europe which came in May of 1945.
Advertisements

The T17E2 was an Self-Propelled Anti-Aircraft (SPAA) development of the car and outfitted with and open-topped the Frazer-Nash powered-assisted turret mounting 2 x 0.50 heavy machine guns. About 789 of these were produced from October of 1943 until April of 1944.

The T17E3 was a proposed model fitting the complete turret of the 75mm Howitzer Motor Carriage (HMC) vehicle as a possible fire support solution. Though evaluated in late 1943 it was not adopted.

In the immediate post-war years, and the massive military drawdown that came with it, Staghounds were handed over or sold to interested parties as second hand goods. Stocks fell to the new nation of Israel (who later sold some to Cuba and Nicaragua), Greece and Lebanon. Other operators included Brazil, Egypt and Honduras (see operators listing below for a full representation).