The Chinese WZ551 series of 6x6 armored vehicles has seen considerable interest from overseas parties the world over.

Authored By: Staff Writer | Last Edited: 02/11/2022 | Content ©www.MilitaryFactory.com | The following text is exclusive to this site. 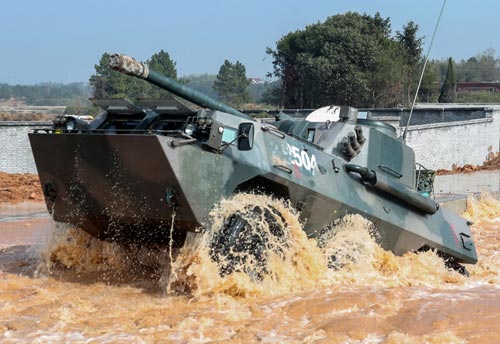 The WZ551 is a designation for a Chinese-originated 6x6 wheeled armored vehicle. The vehicle was developed by NORINCO (China NORth INdustries COrporation) Vehicle Research Institute and produced at theNORINCO Factory 256 plant. Introduced in 1984, the WZ551 has since been produced in numbers of 900-strong across various marks and configurations. Export users have been traditional Chinese military customers and those looking for a budget-conscious solution while staying away from typically more expensive Western and Russian offerings.

The WZ551 serves in both an Armored Personnel Carrier (APC) and Infantry Fighting Vehicle (IFV) role. It also has a secondary role as a general armored car.

The WZ551 follows traditional wheeled armored vehicle design qualities including use of six large road wheels (three to a hull side), sloped armor facings, a shallow-profile 360-degree traversable turret and use of a diesel engine. In the latter, the vehicle is powered by an 8-cylinder, air-cooled turbocharged diesel-fueled engine of 320 horsepower output allowing the WZ551 to reach speeds of 85 kmh and ranges out to 800 kilometers. The hull is suspended atop an independent wheel suspension system. Armor protection is of welded steel. The vehicle retains an inherent amphibious capability, able to traverse water sources by way of waterjets fitted to the rear of the hull.

While all WZ551 vehicles feature a standard operating crew of three, the APC version - lacking the turret - sports seating for eleven combat-ready troops while the IFV model - with turret - seats nine in relative comfort. The APC model is outfitted with a sole 12.7mm heavy machine gun, primarily for self-defense, while the IFV variant showcases a combination 1 x 25mm autocannon with a 7.62mm coaxial machine turret. Basic overall weight for the series is in the vicinity of 13.8 tons (short) while dimensions include a running length of 6.6 meters, a width of 2.8 meters and a height of 2.8 meters.

The WZ551 family is further broadened in its tactical battlefield value by other variants that utilize the same chassis - namely an Anti-Tank Guided Missle (ATGM) carrier (with HJ-9 missile launcher), a 105mm Assault Gun system and a 122mm Self-Propelled Howitzer (SPH) variant.

The WZ551 family initially appeared in operational form under the designation of "Type 90" during 1984. However, in practice its cross-country performance proved lacking which forced a revision of the design to its new WZ551A form. The WZ551A became the "Type 92" and was adopted in 1995 - differentiated by the original by the spacing seen between the rear set of axles. Still another improved form ultimately emerged and this as the WMZ-551B, improving upon the A-model's mechanical reliability, onboard firepower and general agility.

Beyond the Chinese, the WZ551 series has been adopted by the forces of Algeria, Argentina, Bangladesh, Bosnia and Herzegovina, Chad, Indonesia, Iran, Kenya, Nepal, Pakistan, Oman, Sri Lanka and Sudan in varying numbers.
Advertisements 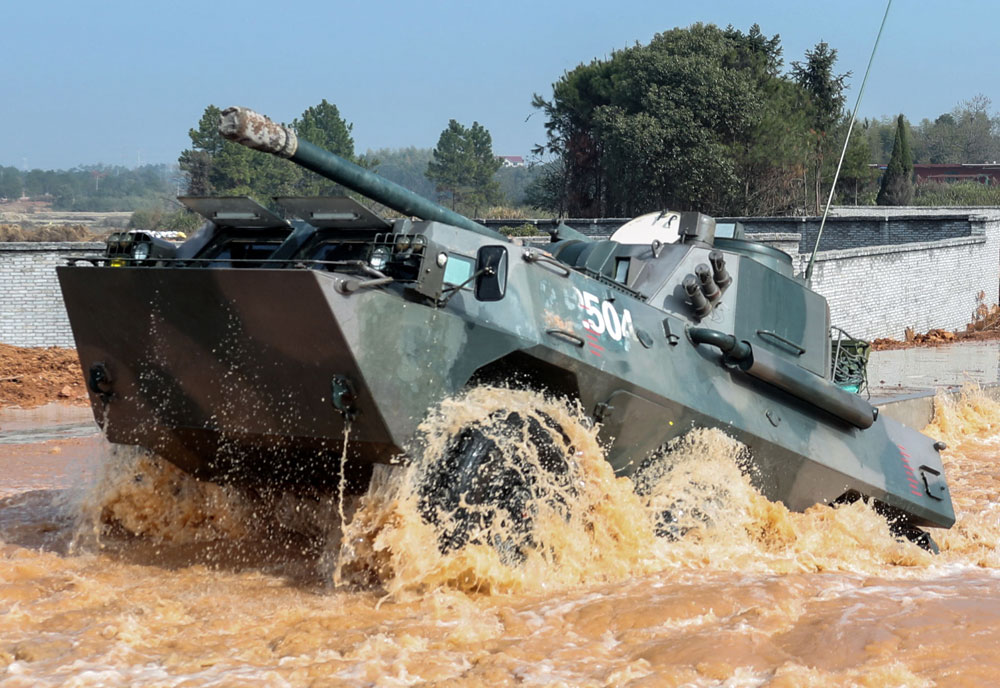 Image from the Chinese Ministry of Defense released to the public.
2 / 4 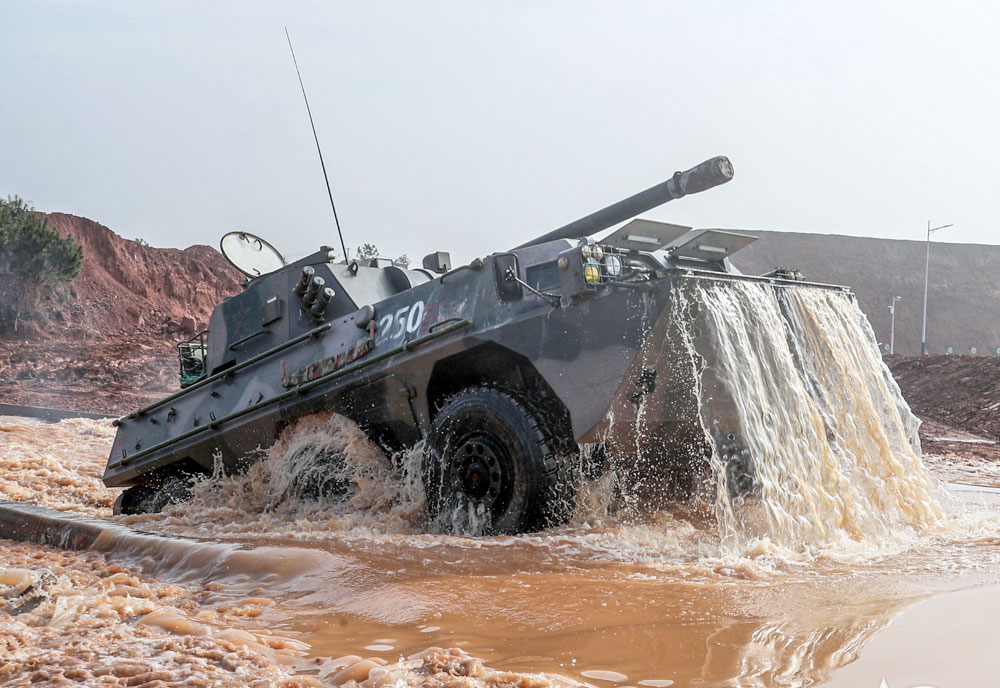 Image from the Chinese Ministry of Defense released to the public.
3 / 4 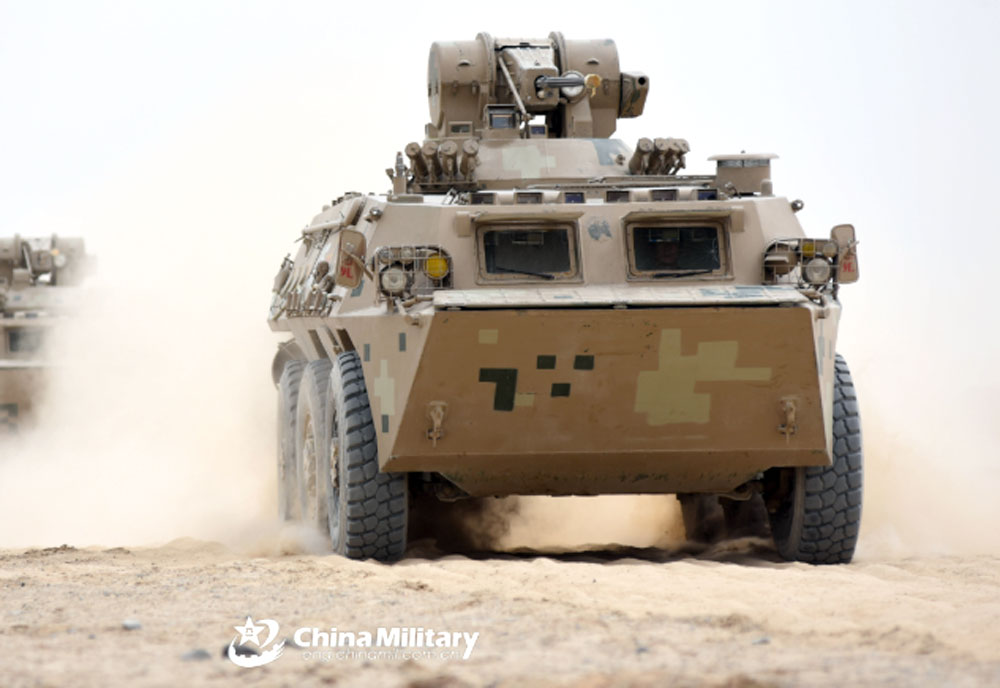 Image from the Chinese Ministry of Defense released to the public.
4 / 4 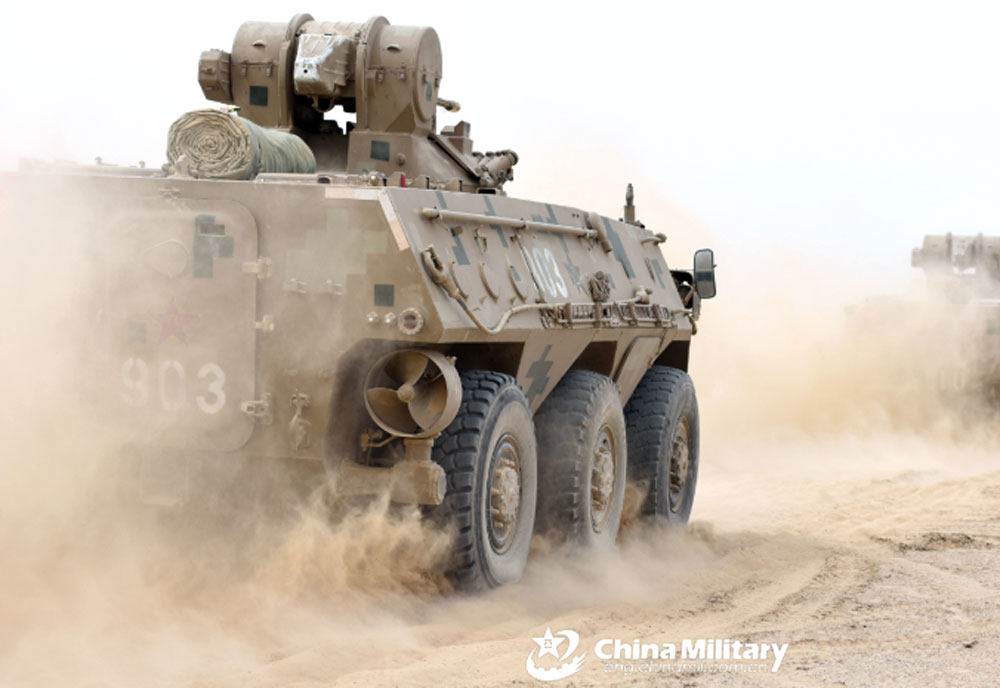 Image from the Chinese Ministry of Defense released to the public.
❮ ❯