The American M6 Heavy Tank was outdated from the outset of World War 2, resulting in a production total of just forty vehicles which never saw combat.

Authored By: Staff Writer | Last Edited: 09/25/2018 | Content ©www.MilitaryFactory.com | The following text is exclusive to this site. 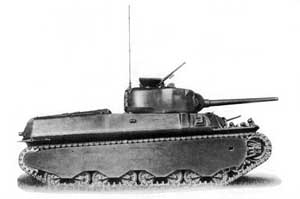 Tank design and production during the interwar years following World War 1 were extremely limited, leaving only a few select developments to see considerable production and usage. The lozenge-shaped tanks developed by the British had run their course in World War 1 and the turreted tank system introduced by the French through the FT-17 was adopted as the worldwide standard. With that, what developments that did appear were beginning to take all new concepts into all new directions with European powers leading the way. Tanks were beginning to evolve into distinct Light, Medium and Heavy tank classifications. For the latter, the concept of the battleship was brought to these "landships" as massive tracked vehicles were afforded a dozen crew and multiple turret emplacements to counter any defense proposed by the enemy.

For the US Army, tank development understandably proceeded at a very slow pace. It was not until the evolution of another world war in Europe showcased the growing need to prepare for possible American involvement on the modern battlefield. Adolf Hitler consolidated his power in the 1930s until he controlled Germany both politically and militarily with his eyes geared towards conquest of France, Britain and the Soviet Union. In the East, the Empire of Japan was growing in its own power and ambitions, developing a plan to take over the resources-rich territories of Southeast Asia and the Pacific. Combat involving tanks grew increasingly normalized in the scope of modern warfare and much data could be garnered from such actions. By this time, the British had developed their Vickers A1E1 Independent heavy tank and the Russians their beastly T-35. However, the concept of a multi-turreted heavy tank was soon unpopular due to their financial and maintenance commitment, sheer weight and size of design and problematic command of such a large crew. With light and medium tanks, a modern armored force could overwhelm the enemy through speed and tactics. Despite this change of doctrine, the Americans proceeded with the heavy multi-turreted tank concept a bit longer and begat the "Heavy Tank T1".

On September 1st, Germany invaded Poland to mark the official start of World War 2. From 1936-1939, war had already raged across Spain in the bloody Spanish Civil War and both Germany and the Soviet Union took part with their various weapons (including light tanks) on opposite sides. The American T1 initiative was not triggered until May of 1940 and, in the following month, the heavy tank concept was approved for the US Army. The US would not formally enter World War 2 until December 7th, 1941 and the Japanese bombing of Pearl Harbor.

By the end of 1940, American warplanners had witnessed enough modern combat across Europe between Britain and France against Germany to realize the multi-turret heavy tank concept was truly dead. A new revised concept was brought to light to center around a single 76.2mm main gun fitted to a single main turret emplacement. A 37mm cannon was to be fitted as a coaxial mounting for added firepower and machine guns of various calibers would be used for self-defense. The vehicle's crew was trimmed considerably to six personnel led by the commander. The various onboard systems were then managed by a primary driver, an assistant driver/bow gunner, a dedicated gunner and two ammunition handlers. The driver was seated at the front-left of the hull with the assistant driver to his right - the remaining crew in the turret and middle-hull. The bow gunner was charged with operation of 2 x 0.50 caliber heavy machine guns in the front hull while the driver held controls for a twin, fixed position 0.30 caliber machine gun pairing as well. The commander's position was afforded a 0.30 caliber machine gun fitted at the cupola while one of the loaders could call on the fire support of an optional single 0.50 caliber heavy machine gun mounted at the rear of the turret roof.

Outwardly, the M6 was given a most conventional design and arrangement. The crew compartment and turret were fitted ahead of amidships with the engine in a compartment at the rear. The vehicle's profile was tall, which worked against it, and made for a heavy and cumbersome end product. The running gear was a typical track-and-wheel system with a rear drive sprocket, front track idler and four double bogied wheeled assemblies all partially protected under side armor skirts (rather forward-thinking for the time). The hull superstructure only added to the vehicle's overall height to which the thickly-armored, well-contoured turret was set along the roof line with 360-degree traversal and limited elevation of the main gun. The main gun protruded from the front facing of the turret in the usual way and overhung the front hull a short length, lacking any sort of muzzle brake.
Advertisements

Power for the new tank was to be provided a Wright G-200 radial piston aero engine - the same powering the famous Boeing B-17 Flying Fortress bomber. Baldwin Locomotive Works, a heavy industries firm based in Philadelphia, Pennsylvania, was charged for production of the new T1 pilot vehicle and several powertrain arrangements and hull construction practices would be used during development and this led to several distinct prototypes being realized. The vehicle line was formally designated as the "M6" under the US Army direction and this produced the M6 (T1E2), M6A1 (T1E3) and M6A2 (T1E1) prototypes. Both the M6 and M6A1 featured a torque converter transmission system though the M6 was fielded with a cast hull and the M6A1 with a welded hull. The M6A2 had a cast hull and electric transmission system. The original T1 pilot vehicle that was never produced called for a cast hull and hydramatic transmission. Similarly, the unbuilt T1E4 prototype was to be given a hydramatic transmission with a welded hull.

Baldwin produced the pilot vehicles from 1941 into 1942 to which serial production was ordered by the US government to begin in December of 1942 - by this time, the United States was fully committed to war in Europe while containment of the Japanese in the Pacific was on order and a plethora of military programs were ordered and furthered. The primary American medium tank was originally the M3 General Lee/Grant which was then supplanted by the quantitatively-available M4 Sherman.

The quickly advancing war in Europe soon realized the M6 tanks as a luxury program with limited scope. The US Army was receiving large numbers of M4 Shermans, enough to stock even the inventories of its Allies, and the medium tank's capabilities proved adequate for the war ahead - particularly against the weaker Japanese tanks and the expensive and technologically advanced German tanks which, when lost in battle, were difficult to replace. The available M4 Sherman numbers soon turned into the tens of thousands of available vehicles with various subtypes produced in turn. This led to the M6 slowly falling out of favor in the US Army ranks, the completed production vehicles being retained stateside for the duration of the war. Prototype vehicles were used in developmental affairs concerning armor practices and armament. The M6A2E1 was a short-lived proposed uparmored variant of the T1E1 pilot vehicle completed with a new turret fitting a larger 105mm main gun. This influenced some of the T29 Heavy Tank project development.

The sudden and drastic shifts of the war in Europe soon left the M6 to the pages of history. Despite 40 of her type ultimately being completed, non were to see combat service in the global conflict. Production broke down as follows: 8 examples were of the M6 while 12 became M6A1 vehicles and the remaining 20 were of the M6A2 type. American armor was eventually strengthened by the arrival of the M26 "Pershing" heavy tank in Europe which saw service there in the last few weeks of the war. The developmental T29, T30 and T95 heavy tank programs were all limited in their actual reach, particularly amidst the budget slashing that occurred at the end of the war by the US government. Further consideration for the M6 was formally ended on December 14th, 1944 and all but one of the 40 completed M6 heavy tanks were scrapped - the lone survivor falling under the care of the US Army Ordnance Museum in Maryland for posterity as a showpiece of American tank evolution.
Advertisements 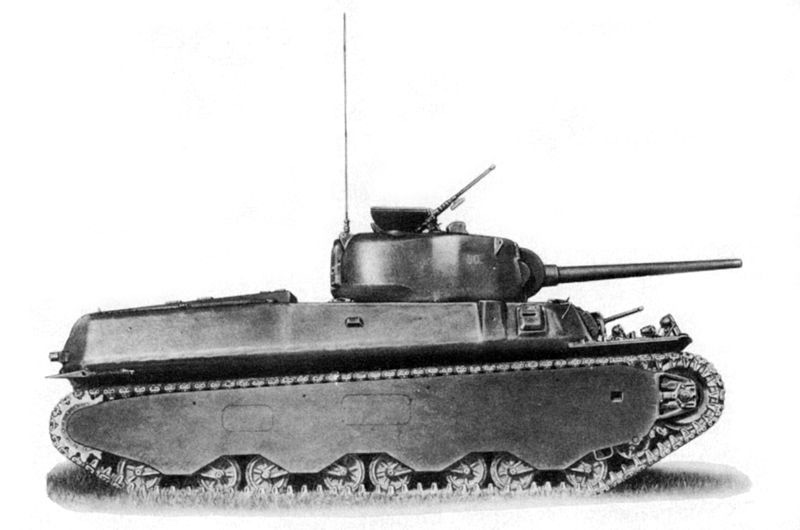