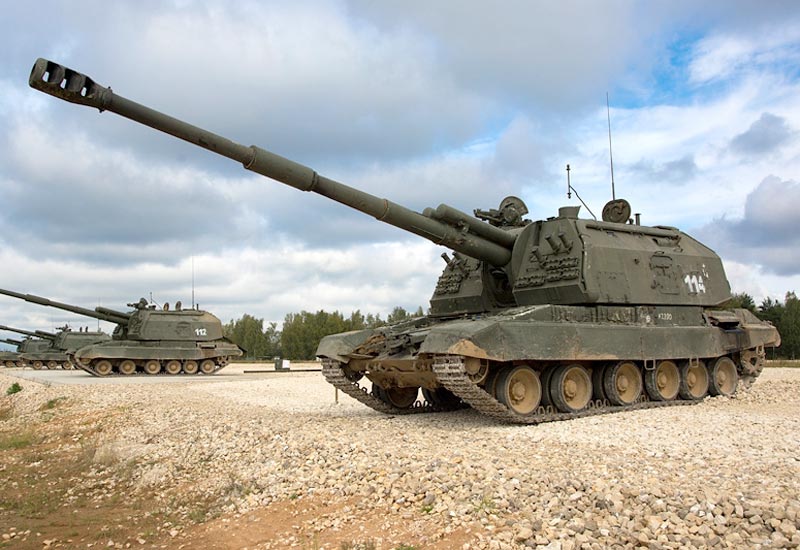 Image from the Russian Ministry of Defense.
2 / 2 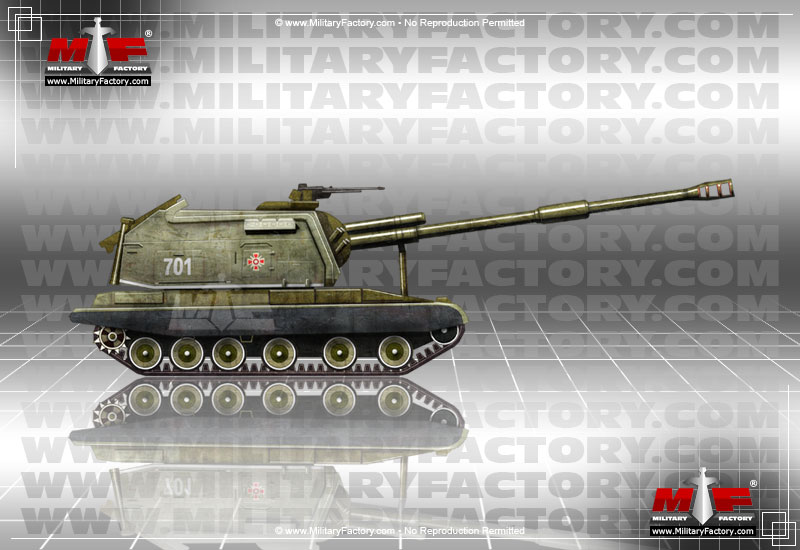 The 2S19 MSTA is the primary self-propelled artillery system of the Russian Army today, fielding a powerful 152mm main gun able to fire varying forms of projectiles at extensive ranges. The vehicle is similar in design, scope and function to contemporary Western designs including the American M109 and British AS90 series of tracked gun platforms. Hundreds of 2S19 units have been delivered since the type's inception with foreign operators being mainly nations maintaining close diplomatic ties with Russia.

The 2S19 system originated form an attempt by the Russian Army to modernize its self-propelled artillery reach in the 1980s. Design work began in 1985 and the pilot vehicle (prototype), known under the designation of "Obyekt 317" ("Object 317"), soon appeared, built upon the chassis of the proven T-80 Main Battle Tank. Interestingly, the inherent T-80 engine was dropped in favor of the powerplant as utilized by the T-72 Main Battle Tank series. After clearing all requisite field evaluations, the pilot vehicle emerged in production form as the 2S19 MSTA (MSTA translating to "Mobile Self-Propelled Heavy Artillery" in the Russian). Service entry was noted in 1989 with the introduction of the 2S19 MSTA-S ("S" marking the self-propelled version of the gun, the alternative being "MSTA-B" to designate towed versions of the same gun in field form).

Outwardly, the 2S9 vehicle promotes a rather conventional appearance as modern self-propelled artillery systems go. It features a low-profile chassis and hull structure straddled by long-running track systems while its primary armament is set within a large, boxy turret emplacement fitted to the middle rear of the hull roof. The turret houses the gunnery crew as well as the main gun and recoil mechanism needed to contain the violent recoil of such a large-caliber weapon system. The turret overhangs the bow of the hull and is capped by a double-baffle muzzle brake. A fume extractor is identified at the barrel's midway point. When in transport mode, the barrel is affixed to a inverse "Vee" type assembly to lock the barrel in place. Crew accommodations amount to five personnel including the driver, vehicle commander, gunner, loader and charge manager. The driver is the only crewmember separated from the rest of the group, taking a position in the front-center of the hull. The crew is afforded a full NBC (Nuclear, Biological, Chemical) suite while the driver has access to a passive night vision system. A bulldozer-type blade is standard and allows the 2S19 crew to dig out their own emplacement prior to firing. A wading kit is also issued to allow the 2S19 to ford certain water sources (up to 5 meters deep) in keeping with accepted Soviet/Russian armored warfare doctrine. The vehicle is powered by a single V-84A series diesel-fueled engine developing 840 horsepower ()some have been fitted with the 46-6 series diesel instead), providing the 2S19 with a top road speed of 37 miles per hour and an approximate operational range of 310 miles. The engine system is fitted to a compartment in the rear of the hull. Like other vehicles in this class, the 2S19 is further powered by an integrated auxiliary generator that allows all primary firing functions to be operational without the engine running.
Advertisements

As a tracked vehicle, the 2S19 sits atop six, double rubber-tired road wheels fitted to a track side. The track features a drive sprocket at the rear with the track idler at front. All wheel systems are suspended with a torsion bar system allowing for good cross country performance. The upper portions of the track are covered over in light "skirt" armoring for basic protection, though these panels remain flat and offer only limited ballistics protection from heavier-caliber armaments.

Primary armament for the 2S19 system is the powerful 152mm 2A64 howitzer which can be used to great and terrible effect in lobbing large explosive projectiles at enemy positions. This is backed by a single, heavy-caliber 12.7mm NSVT series machine gun to counter anti-aircraft threats, light armored threats and even infantry concentrations if need be. A trained and experienced crew can let off between six- and eight-rounds per minute at ranges up to 18 miles. Utilizing rocket-assisted projectiles, this lethality can be increased to 22 miles. Turret traverse is a full 360-degrees with the gun's elevation limited to +68 and -4 degrees. The gun is partly managed by a semi-automatic gun laying system and features an automatic loader for quick response times. Ammunition types available include the standard High-Explosive (HE) round as well as smoke, illumination, chemical and nuclear-tipped variations. "Smart" munitions also play a role in the 2S19's inherent lethality with precision-guided projectiles allowing for pinpoint accuracy. There are two banks of three smoke grenade dischargers for self-preservation with these launchers fitted to the front-facing panels of the turret to either side of the main gun mount. The 2S19 can also generate its own smoke if need be. The turret sports slightly angled surfaces but generally promotes a large ground-level profile to the enemy.

Russia has remained the primary (and quantitative) operator of the 2S19 system with a handful of nations procuring the system over the years. These operators include Belarus, Ethiopia, Georgia, Ukraine and Venezuela. To date, there have been a few notable 2S19 variants including the improved 2S19M1 appearing in 2000 and sporting a digital Fire Control System (FCS). An stripped "export-friendly" form then appeared in 2006 as the 2S19M1-155 sporting a 155mm L/52 series main gun to help market the weapon to NATO-conformed countries. Naturally, the larger projectile size ensured a reduction in available onboard shells to 46 rounds. Several other related project types have appeared throughout the life of the 2S19 though few have been furthered into production forms.

(Not all weapon types may be represented in the showcase above)
60 x 152mm projectiles
1,000 x 12.7mm ammunition
6 x Smoke grenades