The Soviet-era BMP-2 Infantry Fighting Vehicle of the 1980s is built upon the strengths of the preceding BMP-1 IFV line debuting in 1966.

Authored By: Staff Writer | Last Edited: 02/27/2022 | Content ©www.MilitaryFactory.com | The following text is exclusive to this site. 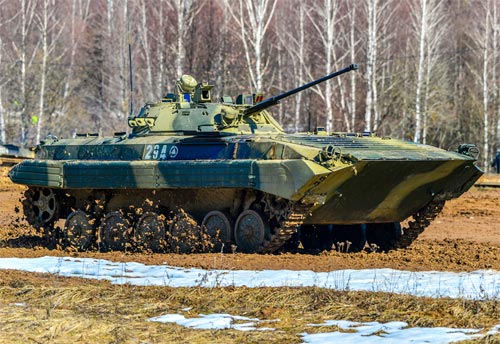 The Soviet Union introduced the concept of the Infantry Fighting Vehicle (IFV) with the adoption of its BMP-1 in 1966. The type immediately proved revolutionary and was exported to over 40 Soviet-allied nations and states while, with the fall of the Soviet Union in 1991, absorbed by various emerging home nations where collections resided. The type's reach proved so popular that thousands were produced with many still in active circulation today (2013). However, the design showcased several key tactical limitations, particularly during the Arab-Israeli wars and the Soviet-Afghanistan War that an improved type was ordered. This eventually became the "BMP-2" family of tracked armored vehicles.

The "BMP" name is derived from the Russian "Boyevaya Mashina Pekhoty" which, when translated, becomes "Infantry Combat Vehicle".

The IFV concept emerged with the Soviet plan to introduce a vehicle that offered performance suitable for fast-moving mechanized forces, protection and troop-carrying capabilities of an Armored Personnel Carrier (APC) with the firepower of a light tank. This endeavor inevitably produced the BMP-1.

While successful at its core, the BMP-1 offered some notable inherent limitations on the ever-evolving battlefield. It was, for all intents and purposes, designed for fighting across the European battlescape. First combat actions were in Arab hands against Israeli forces during the 1973 Yom Kippur War and results were not promising when many fell to large-caliber machine gun fire and small caliber artillery systems. When pressed into service across the dry, hot and rugged terrain of Afghanistan against non-conventional forces wielding RPGs (Rocket Propelled Grenades), the design proved vulnerable in several key areas.

The base armament of 73mm cannon with onboard support for a 1st Generation anti-tank missile was surpassed by counters emerging in the West. The 73mm cannon itself proved particularly inaccurate at the required engagement ranges. The AT-3 "Sagger", designed as a wire-guided anti-tank missile, required the operator to be exposed out of the turret roof when guiding the missile to its target. Other limitations including the internal arrangement which sat the commander directly behind the driver in the hull. Not only did this limit his tactical vantage point of the situation ahead, a single direct hit from an enemy projectile could kill both crew - rendering the vehicle a complete loss. The internal passenger seating arrangement was also of note as the twin back-to-back benches were set about the fuel stores fitted in-between, this proving an obvious hazard to passengers and crew alike. Similarly, the ammunition stowed about the hull was exposed and could explode if taken a direct hit.

While a modernization program produced the improved BMP-1P, the endeavor was an interim design pending the arrival of a new type. This begat work on such a product in 1972, a direct successor as the aptly-designated "BMP-2".

The new BMP-2 held a form and function that remained largely faithful to the original save for a few key qualities which instantly set it apart for the better. The hull was shortened and widened for a new internal arrangement and minimized side profile along the horizon. The driver remained at the front-left of the hull with the powerpack to his immediate right. The commander, however, was moved from his hull placement to the new two-man turret, joining the gunner. This arrangement now provided a better communications arrangement between gunner and commander. The passenger cabin was reworked and reduced to include space for only six infantry (down from the original's eight seating) while the twin doors (opening outward) at the rear hull face allowed for infantry entry/exit as normal. An additional infantryman was stationed behind the driver in the commander's old position. Passengers, once again, sat across two benches fitted back to back with access to firing ports that contained periscopes for aiming. Four firing ports were allotted to the left hull side with three along the right which allowed passengers to defend the vehicle with personal weapons as necessary. Night vision equipment remained standard for all three crew positions and NBC (Nuclear, Biological, Chemical) protection was required on the nuclear-driven Cold War battlefield. The BMP-2 retained the former's all-amphibious approach though improved such qualities through a sharper prow at front and lengthened deflector at rear with propulsion based on the motion of the moving tracks so no dedicated waterjet was required. However, prior to water entry, the vehicle required the crew to erect a trim vane and turn on bilge pumps as in the BMP-1. Unlike early production BMP-1 vehicles, which relied on an internal exhaust-based smoke generation system, the BMP-2 was fielded complete with 6 x electrically-operated smoke grenade dischargers (three per turret front side) while retaining the engine-based system as well. Armor protection was 33mm at the thickest, mostly along the critical frontal facings though the armor protection scheme as a whole was reportedly improved based on actions in the Middle East and Afghanistan.
Advertisements

One of the more major changes to the BMP-2's design was the replacement of the original 73mm autocannon with a more accurate 30mm system. This weapon fired both an armor-piercing and high-explosive projectile to counter lightly armored targets or low-flying aircraft. Turret traversal was a full 360-degrees with elevation up to +75 degrees which gave the gunner useful firing arcs. The main gun was coupled to a coaxial 7.62mm machine gun for anti-infantry defense. Another chief improvement in the armament suite was the adoption of new 2nd Generation missiles through a launcher fitted on the turret roof (as opposed to over the main gun as in the BMP-1). The BMP-2 was cleared to fire the AT-4 "Spigot" and AT-5 "Spandrel" family of anti-tank missiles, tthese replacing the original "Sagger" family of the BMP-1. The combination armament gave the BMP-2 enough firepower to counter infantry, fortified, light-armored and heavy-armored threats at range.

The BMP-2's utilitarian hull sat upon a suspended chassis incorporating six double-tired, rubber lined road wheels to a track side. The drive sprocket was at the front of the hull with the track idler at the rear and three track return rollers guiding the upper track section. The upper track regions were also protected in minor armor skirts. The powerplant consisted of a UTD series 6-cylinder supercharged diesel-fueled engine outputting at 300 horsepower, this allowing for maximum road speeds of 40 mph and operational road ranges of 380 miles. The tracked nature of the BMP-2 ensured an inherent ability to traverse areas of a battlefield typically off limits to wheeled types while performance was in-line with what was expected of the fast-moving mechanized force in Soviet doctrine.

While the BMP-1 was debuted in 1966, the BMP-2 did not arrive until the early 1980s and only identified in 1982 by the West during a public showing at a Moscow parade. The vehicle fielded an all-new internal configuration which benefitted crew and passengers, an all-new turret system with new armament and a more powerful engine. In time, applique armor block kits were added to the BMP-2 line which improved both crew and system survivability considerably. These armor blocks could be added to the well-shaped turret and well-sloped hull for improved point defense, particularly against amor-defeating measures such as RPGs. The BMP-2 entered service in 1980 with serial production beginning that same year. Based on available sources, as many as 26,000 to 35,000 units may have been produced. The recognized primary contractor of the vehicle is Kurganmashzavod of Kurgan, Russia.

From its adoption, the vehicle series was utilized across many major and minor conflicts. The type fought in the Soviet-Afghan War, the Iran-Iraq War, the Georgian Civil War, the Gulf War of 1991, the 1st and 2nd Chechen Wars, the 2001 invasion of Afghanistan and the 2003 invasion of Iraq. More recently, the BMP-2 has featured in the 2008 South Ossetian War between Russia and Georgia as well as the ongoing Syrian Civil War which began in 2011. As with the BMP-1 family, the BMP-2 was eventually and inevitably evolved through a plethora of available variants, some having been further developed in former Soviet-aligned states to suit local requirements as was the case in Czechoslovakia. India still maintains a large stable of BMP-2 vehicles and operates roughly 1,500 today (2013). Israel makes use of the type through the numbers captured during the Israeli-Arab wars and have appropriately modified examples with local powerpacks and transmission for ease of maintenance/repair and improved performance in the desert environment. Many operators include Soviet/Russian allies and former states mostly residing in Asia, the Middle East and Africa.

In the same way that the 1960s BMP-1 was succeeded by the much improved BMP-2 of the 1980s, the BMP-2 was itself improved by the modern BMP-3 of 1990, this new iteration fielding a more potent turreted combination of 100mm rifled main gun coupled with a 30mm autocannon while being defended by a pair of machine guns. A 500 horsepower engine had also been introduced and variants have proven numerous. While the BMP-3 has not achieved the reach of the BMP-2 before it or even the more successful BMP-1 before that, the BMP-3 is found in no fewer than a dozen countries.
Advertisements 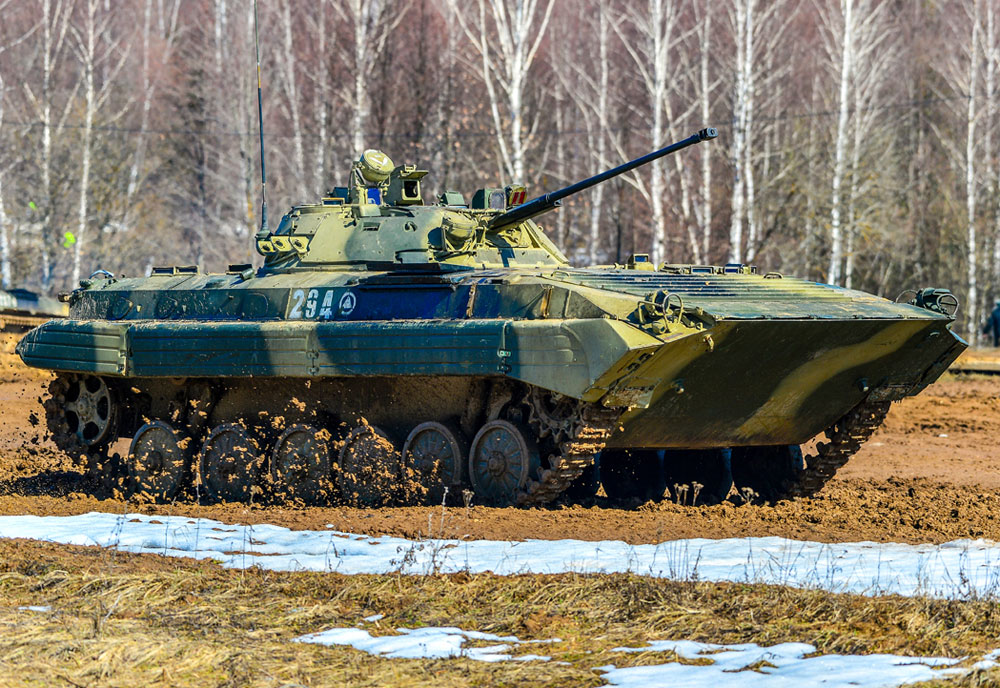 Image release from the Russian Ministry of Defense.
2 / 12 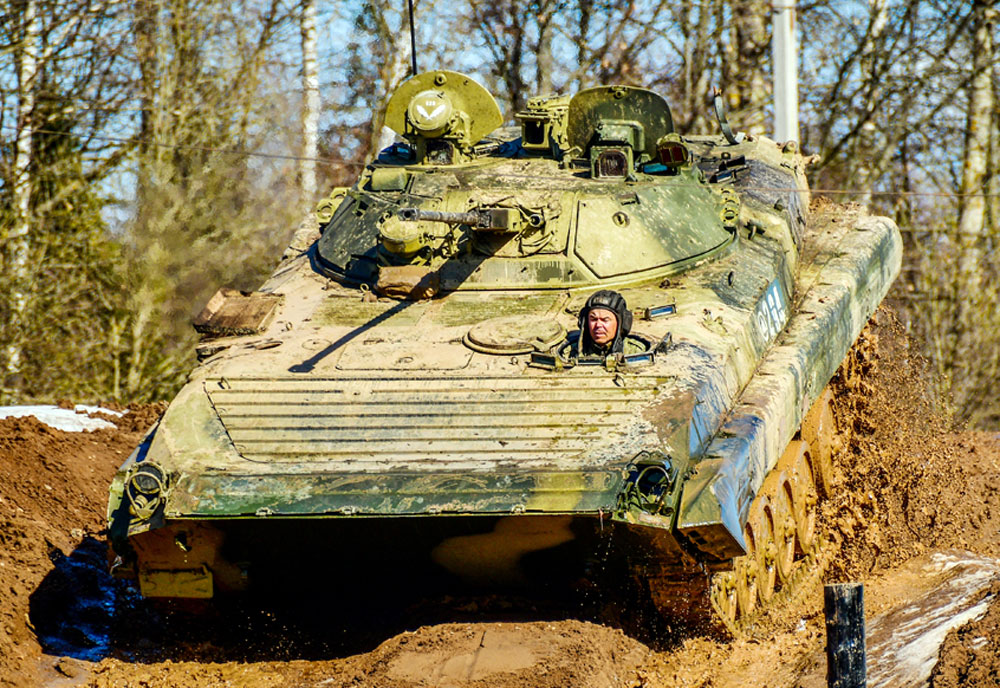 Image release from the Russian Ministry of Defense.
3 / 12 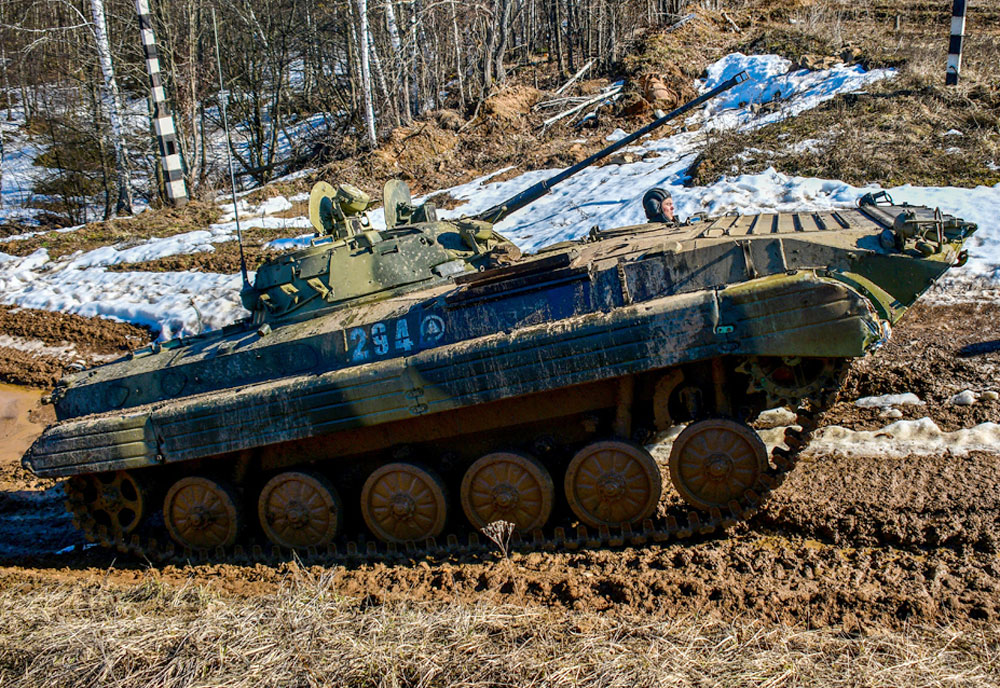 Image release from the Russian Ministry of Defense.
4 / 12 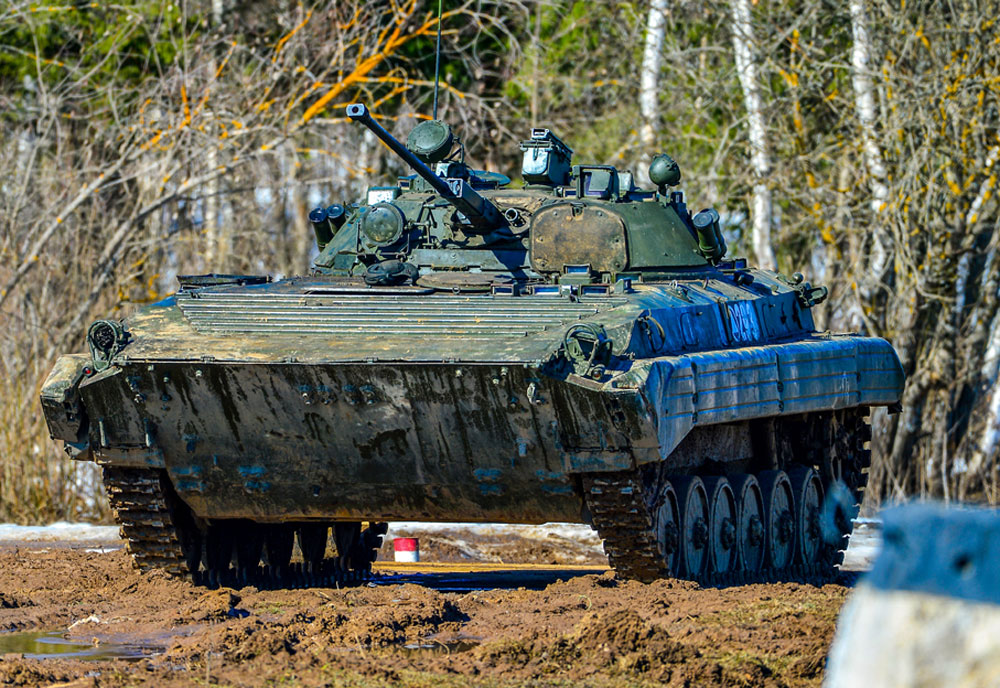 Image release from the Russian Ministry of Defense.
5 / 12 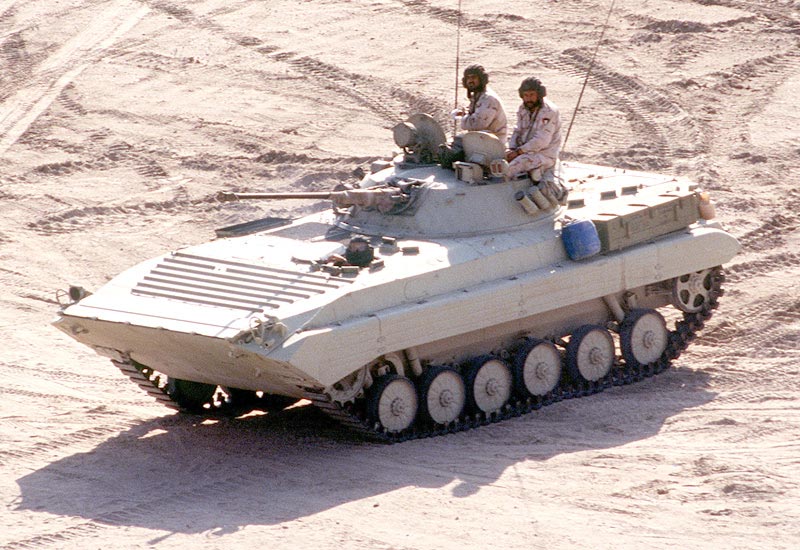 Image from the United States Department of Defense imagery database.
6 / 12 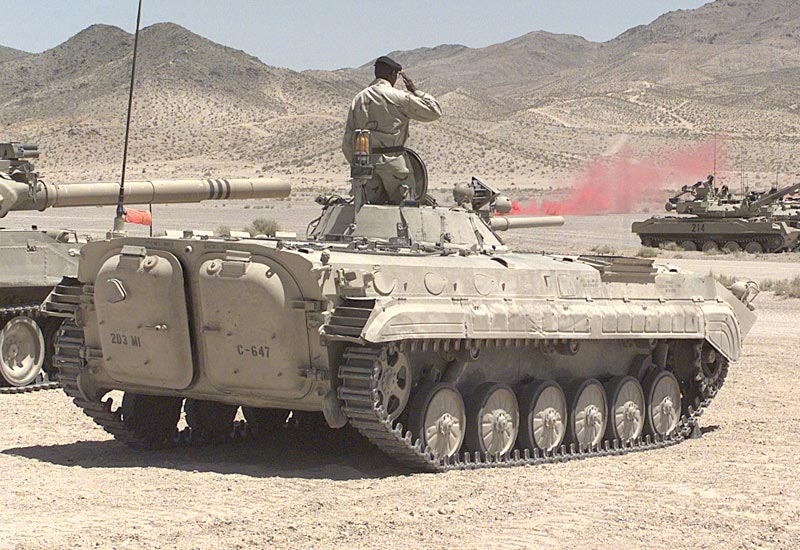 Image from the United States Department of Defense imagery database.
7 / 12 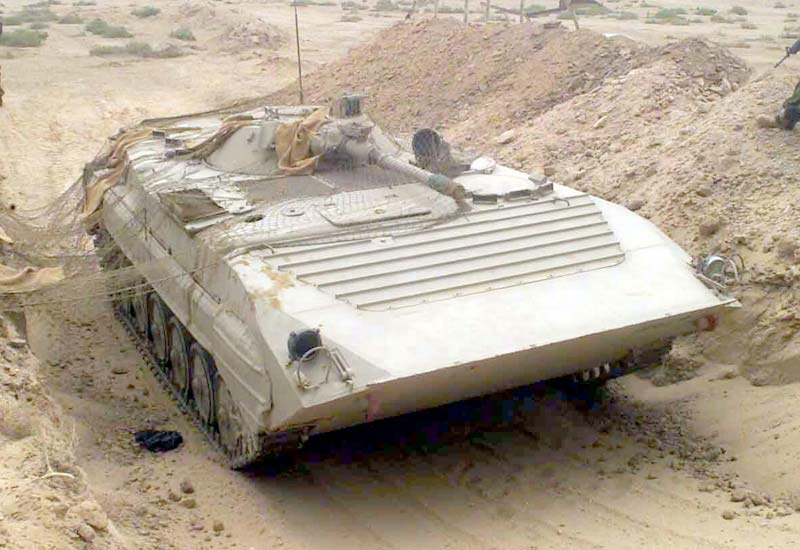 Image from the United States Department of Defense imagery database.
8 / 12 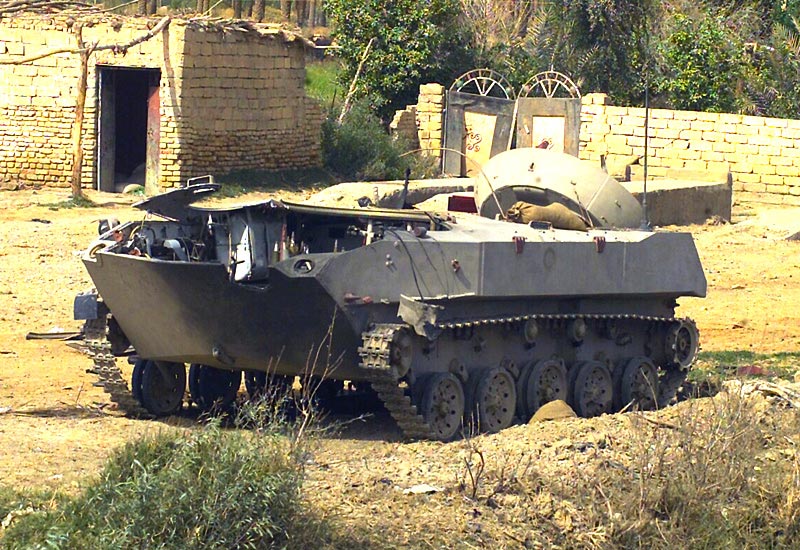 Image from the United States Department of Defense imagery database.
9 / 12 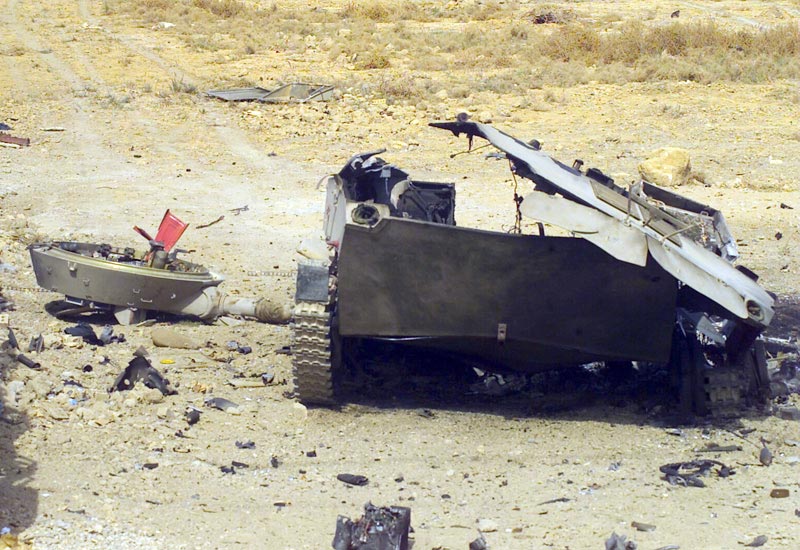 Image from the United States Department of Defense imagery database.
10 / 12 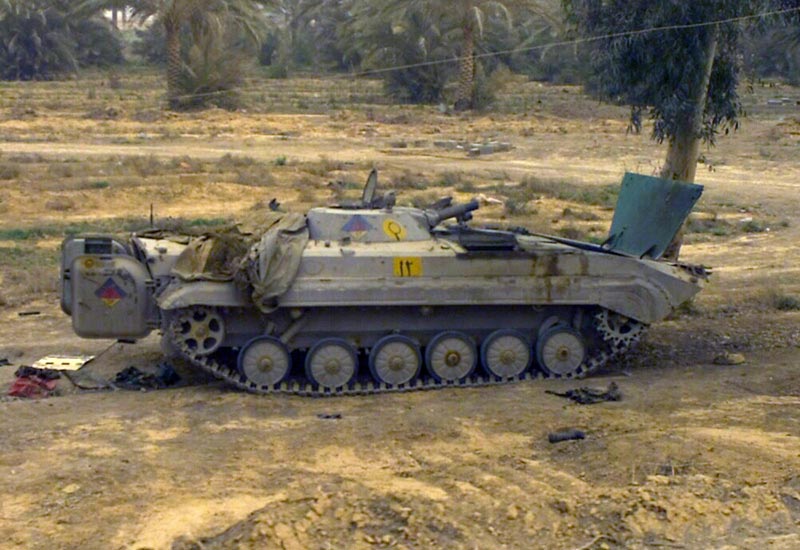 Image from the United States Department of Defense imagery database.
11 / 12 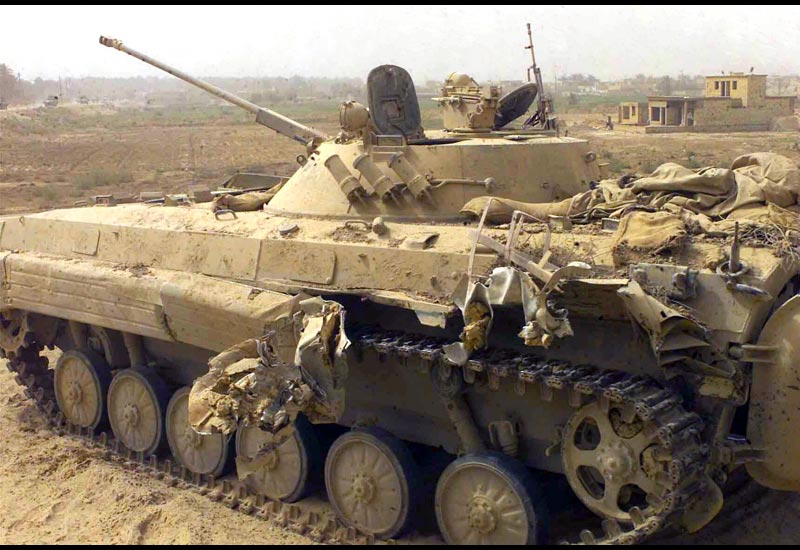 Image from the United States Department of Defense imagery database.
12 / 12 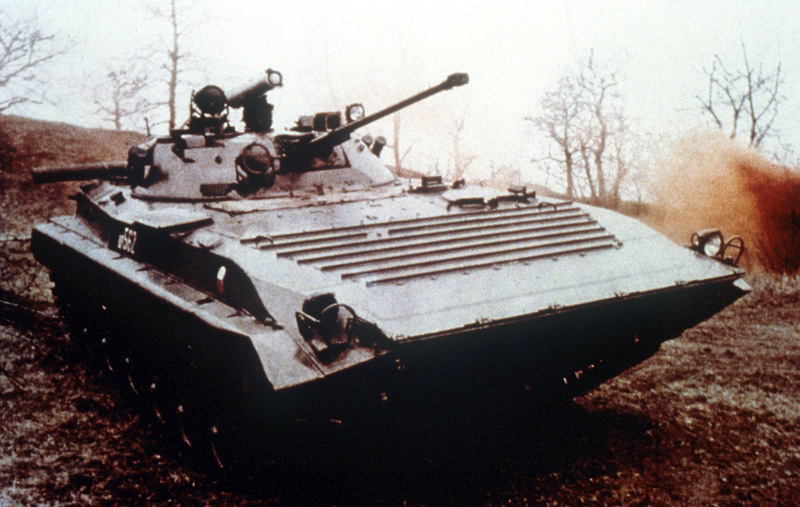