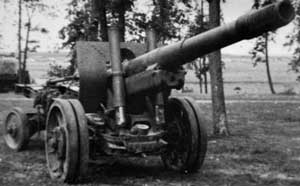 The Russian Empire held a working relationship with French military industry prior to World War 1. This led to development of a 152mm siege gun of French design for the Russian Army which was initially produced in France (by Schneider) and then localized through Russian industry. The weapon became the "152mm Siege Gun M1910" (of 1910) and served the Imperial Russian Army throughout its commitments in World War 1 against the Imperial German Army. The weapon continued its notable service in the new Soviet Empire of the 1920s and, in 1930, it was modernized for the changing battlefield as the "152mm M1910/30". In 1934, another modernization greeted the type. Prior to Soviet involvement in World War 2 in 1937, the gun was yet again modified to produce the "152mm Model 1937" production mark and it was this version that also came to be known under the Cold War designation of "ML-20". The Model 1937/ML-20 went on to become one of the most important Soviet artillery pieces of World War 2, particularly when it responded in force to the German invasion begun in June of 1941. The weapon proved capable of outranging German artillery batteries on a regular basis and, along with the aforementioned M1910/34 models, formed the backbone of Soviet heavy field artillery units for the duration of the war. First use of the weapon began at the Battle of Khalkhin Gol of 1939 against the forces of the Empire of Japan.

German leader Adolf Hitler had always planned on invading his loose "ally" well before his vaunted "Operation Barbarossa" was put into play. The Soviets were taken by surprise despite several obvious warnings passed to Soviet leader Josef Stalin himself. It took the harsh Russian winter and strained supply lines to slow the German advance down to a halt and, during the lull of winter, the Soviet Union amassed fresh troops, mobilized its industry and prepared their historical response. Key to the Soviet counterattacks would be artillery for the Red Army lived and died by their falling shells raining lethality upon the heads of German troops. The Model 1937 was in widespread circulation by this time (2,116 units were completed before 1942) and proved critical in subsequent actions. Its value was such that both the Finns and Germans utilized captured stocks of Model 1937 guns and reconstituted them for use against their former owner.
Advertisements

The Soviet 152mm gun was a rather unremarkable, conventional artillery piece which fit perfectly with Soviet land battle doctrine of the time. The Soviets rarely shied away from large field guns of any type and the Model 1937 was no exception. The weapon made use of a two-wheeled carriage, early forms fitted with spoked metal wheels while more modern forms utilized rubber tired wheels when possible. The design was also noteworthy for its use of "horns", steel encased coil springs installed along the sides of the barrel to help offset its weight upon the carriage assembly. The weapon was traditional in its configuration with a long barrel fitted to an integrated hydraulic recoil mechanism sitting atop a mounting attached to the carriage. The carriage was of the "split rail" type which made up the tow arm for transport and the recoil legs when made ready to fire. The weapon utilized an interrupted screw breech mechanism and elevation was limited from -2 to +65 degree angles - this actuated by a hand wheel. Traverse was limited to 58-degrees. A trained gunnery crew could fire between 3 and 4 rounds of 152mm projectiles upon the enemy or desired target area. Maximum range was nearly 11 miles while sighting was through a combined telescopic/panoramic combination which allowed for direct and indirect firing to be achieved respectively. As such, the weapon could be used to either lob projectiles onto the enemy or engage targets directly as a traditional horizontal-firing field gun - becoming one of the first "cannon-howitzers" in use. The complete system weighed in at 16,000lbs and sported a running length of nearly 27 feet. The barrel was capped by a slotted muzzle brake and guns were primarily moved via Soviet artillery tractors. Additionally, original barrels were L/29 types before being lengthened to the L/32.3 standard.

Model 1937s were cleared to fire a variety of well-developed ammunition beyond the widely-accepted high explosive (HE) projectiles utilized by most any gun of this type. Ammunition types included anti-fortification rounds, High-Explosive Fragmentation (HE-FRAG), High-Explosive Anti-Tank (HEAT), shrapnel rounds, illumination rounds and chemical rounds. As such, Model 1937 guns were tactically flexible, able to engage a variety of targets as needed.

Design work on the ML-20 was headed by F.F. Petrov and associated with No. 172 Plant. Trials were undertaken in late 1936 while formal Red Army evaluation occurred in 1937. Production of the Model 1937 gun spanned from 1937 to 1947 to which 6,884 examples were produced in all. The Model 1937 series proved a resilient and reliable artillery piece and - perhaps most importantly - capable of rapid manufacture in Soviet factories. The highest rates of production were achieved in 1941, 1942 and 1943 to which 1,342, 1,809 and 1,002 examples were delivered respectively. Fewer than 325 guns were produced in 1944 and 1945, though this was largely based on Soviet Army requirements centered around getting other weapons produced and to the front. In German service, the weapons were given the "15.2cm KH.433/1(r)" designation to indicate their Russian origins and, similarly, the Finns adopted captured Russian models as the "152 H 37". Modified Finnish Army forms then emerged under the "152 H 37-31" designation with some examples utilized as fixed coastal artillery batteries. The Germans followed suit and made use of captured Model 1937 guns along their famed "Atlantic Wall". Sources indicate that the Germans netted some 974 captured examples and even manufactured ammunition specific to the Soviet design.

The Model 1937 managed an operational service with the Red Army up until 1956 to which by this time the weapon was known as the "ML-20". She was formally replaced in service by the newer 152mm D-20 guns of similar scope and function though large stocks were delivered to Soviet-allied nations and satellite states including Egypt and Poland. Egypt used their inventory against Israeli in the Arab-Israeli Conflict beginning in 1948 while the Poles took to modernizing their models in 1985 as the "152mm wz. 37/85". Likewise, the Finnish Army held on to their guns for a lengthy period of time and received extended service out of their units through a modernization program which created the new "152 H 88-37" designation.

The ML-20 existed in the basic "ML-20" designation but was also re-envisioned through the "ML-20S" mark as vehicle weapons. These versions lost their muzzle brakes and were fitted in turret structures for Soviet tracked self-propelled gun (SPG) vehicles including the war-winning SU-152 and ISU-152 series. Various other forms of the gun were naturally trialed but did not see widespread production nor usage.

ML-20 guns were still seeing combat actions as recently as 2001 when Northern Alliance forces of Afghanistan used such guns against the Taliban prior to the US-led invasion following the events of 9/11.
Advertisements

(Not all weapon types may be represented in the showcase above)
Dependent upon ammunition carrier. Various ammunition types developed. 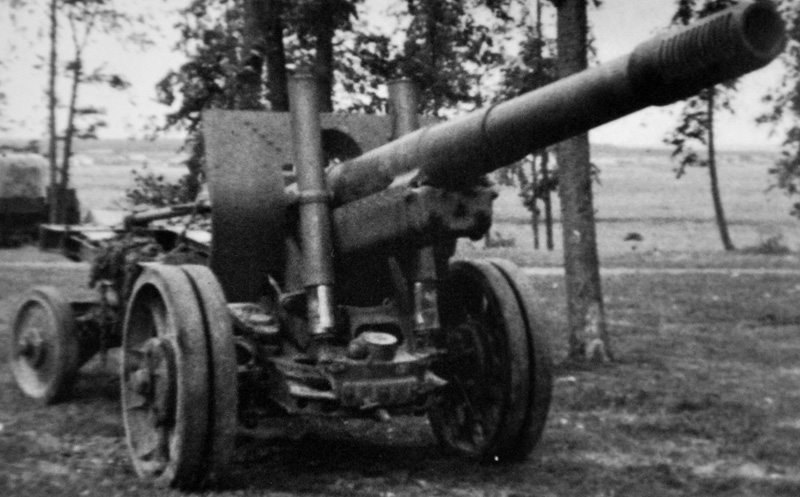