The Merkava tank was the first indigenous Israeli tank design and has already seen its fair share of combat in the region.

Authored By: Staff Writer | Last Edited: 05/05/2022 | Content ©www.MilitaryFactory.com | The following text is exclusive to this site. 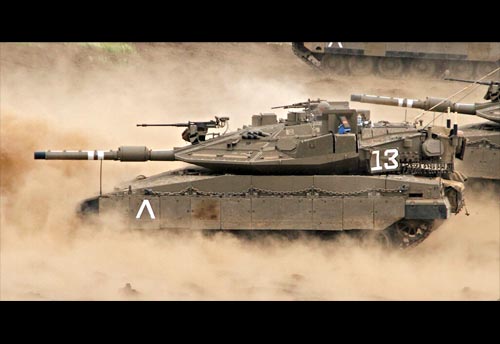 The Merkava series of main battle tank represents the backbone of Israeli armor elements. The system was the result of extensive experience in the field of armored warfare done exclusively with foreign equipment, mostly US products though some British and French systems were also utilized. With the volatile situation surrounding Israel on a day to day basis, it was imperative for the tiny nation to fit its inventory with a system that was tailored to the needs of the Israeli Army. This product would have to be made for the rigors of urban and desert warfare and provide the crew with maximum protection. The resulting Merkava (or "chariot") was just that and continues to be a main part of the Israeli Army forces.

One of the most distinct design features of the Merkava main battle tank was the decision to plant the engine in the front of the hull. Traditional tank designs have always featured the engine at rear to guard against a direct frontal hit rendering the entire system useless. Contrary to this, the Merkava featured the engine at front to help protect the crew from that same frontal direct hit. As such, the driver would be seated further aft, towards the middle of the design and just left forward of the turret. The turret itself was designed with rounded facings and gave the entire tank an extremely low profile making the tank harder to spot or engage at distance. The powerful and (formerly) standard 105mm main gun was fitted to the turret as was a 7.62mm co-axial machine gun. A gun stabilization system offered up fire-on-the-move capability completed with an indigenously-produced targeting computer. Two additional 7.62mm machine guns were also offered for self-defense against aircraft attacks and as anti-infantry weapons. A 60mm mortar was also included in the armament design.

Power in the Mk 1 model was derived from a General Dynamics Land Systems engine - the AVDS-1790-6A - a V-12 diesel performer that generated about 900 horsepower. This powerplant allowed the Merkava speeds of up to 28 miles per hour and a range of nearly 250 miles. At just over 66 tons, the Merkava was hardly a speedster and mobility was questionable, but the entire system was designed to Israeli standards based on exclusive experience and thusly could not be wholly compared to its European counterparts.

The Merkava Mk 2 mark appeared as a further development, sporting improved armor protection and an improved fire control system. More importantly however was the increase of the combat range over the Mk 1, adding nearly a quarter more distance to the performance statistic. The Mk 3 would later appear, sporting the powerful 120mm main gun and an improved powerpack. The latest version of the Merkava series is found in the Merkava Mk 4, which features changes that put it on par or supercede the current generation of main battle tanks. In any case, the Merkava was (and continues to be) a tremendous engineering effort accomplished by a nation that has seen more combat than any other since the final days of World War 2.

Some 250 Mark I series tanks have been produced while a further 580 total Mark II systems have been delivered. Mark III is currently the highest produced system with 750 total examples. The Mark IV has seen 360 produced whith a further 300 eventually being added to the total.

The chassis of the Merkava MBT serves as the basis for the "Tankbulance" armored ambulance, the Namer Infantry Fighting Vehicle (IFV), the Nemmera Armored Recovery Vehicle (ARV) and the prototype Sholef 155mm Self-Propelled Gun (SPG).©MilitaryFactory.com
Note: The above text is EXCLUSIVE to the site www.MilitaryFactory.com. It is the product of many hours of research and work made possible with the help of contributors, veterans, insiders, and topic specialists. If you happen upon this text anywhere else on the internet or in print, please let us know at MilitaryFactory AT gmail DOT com so that we may take appropriate action against the offender / offending site and continue to protect this original work.

March 2022 - An all-modernized variant of the series, the Merkava 5 "Barak", is set to enter service with the IDF in 2023. Changes will include enhanced situational awareness and survivability by way of advanced sensors, the Rafael "Trophy" anti-missile system, and fighter aircraft-like HUD projection system for the commander. 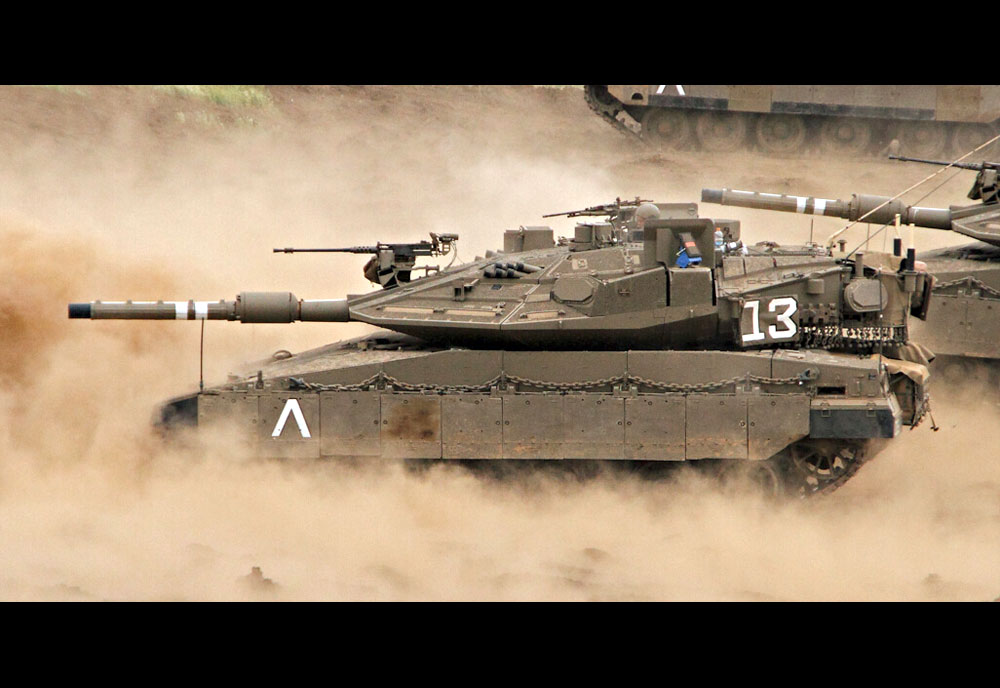 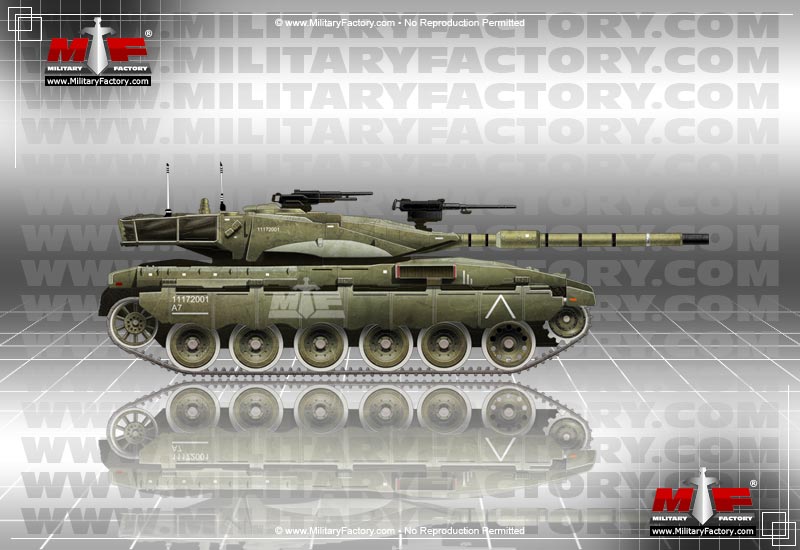