Despite it being outclassed on the battlefields of World War 2, the T-38 Amphibious Light Tank series served up until 1943. 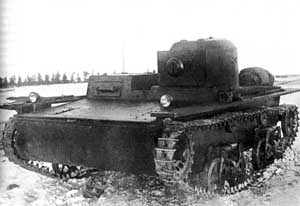 The Soviet Army had always prized amphibious vehicles and undertook various projects to find sound solutions even prior to World War 2. This led to the introduction of the T-37 Light Tank series which held inherent amphibious capabilities. However there resulted in many flaws in this design which came to light and forced the improved T-37A to take shape. Operational service continued to show limitations with the line (unreliable gearboxes, tracks coming off their lines) and thus more development work ensued through Plant No.37 from 1934 onward.

For June of 1935, a pilot vehicle form emerged and changes were enough to warrant the new designation of "T-38". For the new design, the driver's position was flipped from left-to-right in the hull and the turret followed by being flipped right-to-left over the hull. A wider hull dimension was instituted for more internal volume and better weight displacement. The primary armament remained the turreted 7.62mm DT machine gun and the turret's design was still based on the follow-up T-37A production model. The GAZ-AA engine of 40 horsepower output was also retained and this powered a three-bladed propeller at the rear of the hull for when traversing water sources. Interestingly, the gearbox, suspension system and track arrangement were all largely held over from the original T-37A. The track arrangement held a pair of double-wheeled bogies along each hull side. The track link sections were left exposed and ran the length of the vehicle. Its standard operating crew was two - a driver in the hull and a commander/gunner in the turret. Armor protection spanned 3mm to 9mm in thickness across the vehicle's various facings.

Overall weight was 3.3 tonnes and dimensions included a length of 3.78 meters, a width of 3.33 meters and a height of 1.63 meters. Performance form the GAZ-AA engine provided road speeds up to 40 kmh and operational ranges reaching 170 kilometers. The suspension system comprised a sprung bogie design which allowed for some light cross-country travel.

The T-38 exhibited enough potential that it was adopted for service and ordered into serial production. 1,228 vehicles were ultimately delivered from the period spanning 1936 to 1937. Of this stock about 165 were outfitted with radio gear. With the rise in issues during early operational service, the lines were restarted in 1939 and another 112 example of a slightly improved form followed. Problems with buoyancy continued despite measures to improve this quality and overheating proved a common complaint during land service. The T-38M (prototype T-38M1) model of 1937 was introduced to rectify these issues but only seven examples were delivered. The T-38M2 followed with an improved transmission system and GAZ M1 engine. The T-38RT (radio-equipped) was outfitted with a 20mm ShVAK cannon to bolster offensive capabilities.

The T-38 went on to see disastrous service during the Winter War against Finland (1939-1940) and proved itself no better than the earlier T-37s. They were also highly susceptible to enemy fire due to their thin armor scheme while their machine-gun-only armament proved marginally effective, primarily against infantry foes and little else. German forces overtook stocks of T-38 tanks during their march to Moscow during June of 1941 (through "Operation Barbarossa") but there appears little evidence that these were reconstituted to serve their new masters - the Germans made it common practice to rework captured foreign weapons for their own purposes. Therefore T-38s largely fell out of use after 1941 as there was little need to replenish these lost stocks for the Soviets.

The T-40 light amphibious tank was adopted in 1940 as something of a successor though only 222 were produced. These served from 1941 into 1946 before being given up for good.
Advertisements 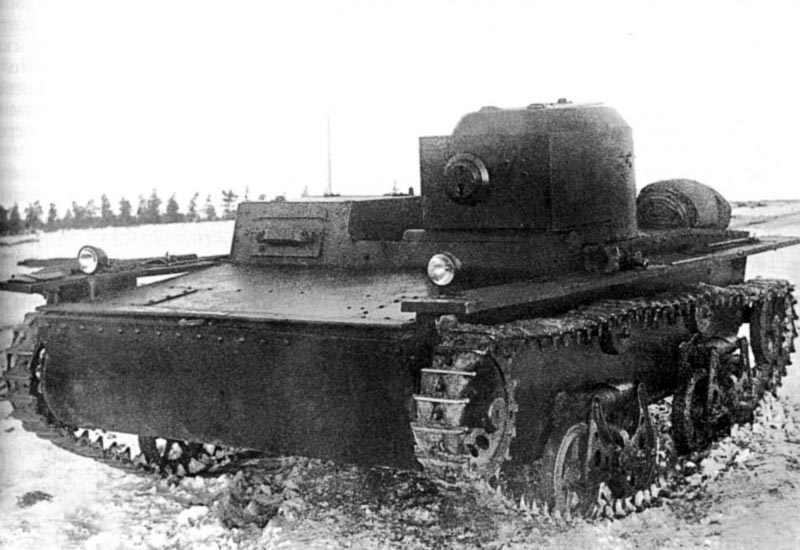