The compact M3 Stuart Light Tank proved her worth in the early going of World War 2 but was outclassed by enemy types in short order.

Authored By: Dan Alex | Last Edited: 10/17/2018 | Content ©www.MilitaryFactory.com | The following text is exclusive to this site. 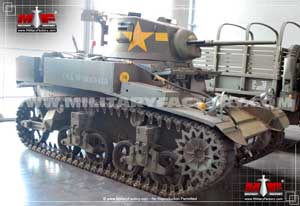 The M3 "Stuart" Light Tank became the primary light tank vehicle for the United States Army heading into World War 2 (1939-1944). The vehicle's design was influenced by the preceding M2 Light Tank product and retaining some of its established qualities including use of a 37mm main gun, a four-man crew, and road speed. Pressed into wartime service, it fared well enough during the early-going when used as an infantry support vehicle or fast scout but was wholly outmatched by medium-class tanks in short order. The M5 "Stuart" (detailed elsewhere on this site) became a more evolved M3 with its paired Cadillac engines and new turret. While the M3 form was eventually given up as soon as 1942, the M5 continued the Stuart legacy until it too was replaced by the M244 "Chaffee" light tank.

The M3 Stuart was made possible by work conducted during the post-World War 1 years. This culminated in development of small, active combat systems for use in infantry support actions using a tracked chassis with machine gun armament. This gave rise to the "M1 Combat Car" which was then followed into service by the cannon-armed M2. Both designs appeared during the 1930s. It was only the rapid expansion of German ground forces in their takeover of Europe during 1939-1940 that serious thought was given to a successor for the M2 as it now proved an obsolete machine. This work then begat the M3 which promised improved protection (at the expense of speed) and greater armor protection. A new suspension arrangement rounded out the list of sought-after qualities.

After a period of testing and evaluation, the U.S. Army adopted the "Light Tank, M3". When accepted by the desperate British Army under Lend-Lease, they assigned it the name of "Stuart" after the American Civil War Confederate General J.E.B. Stuart. In this way the M3 Medium Tank became the "Lee" (General Robert E. Lee) or "Grant" (General Ulysses S. Grant) and the classic M4 Medium Tank was the "Sherman" (General William Tecumseh Sherman). American Car and Foundry was charged with production of the M3 Light Tank and this began in earnest during March of 1941.

By this time, Europe had mostly fallen under the might of the Axis forces as Britain attempted to stave off complete elimination across its vast empirical holdings. Lend-Lease allowed American support of its overseas ally by delivering war-making goods without officially having declared war on any one enemy. As such, first combat use of Stuarts occurred with the British in November of 1941 during Operation Crusader. From these actions, the M3 was found to possess a rather weak main gun but its reliability in desert conditions was noted as was maneuverability. The Americans did not press their M3s into combat until the Philippines campaign of 1942.

The M3 was powered by the Continental W-670-9A, a gasoline-fueled, air-cooled radial aero engine of 7-cylinders and outputting 250 horsepower. This powerpack resided in a rear compartment away from the crew. Suspension came from the Vertical Volute Spring Suspension (VVSS) system which, coupled to the hull design and engine fitting, allowed the vehicle a top speed of 18 miles on road and operational ranges out to 75 miles. Its crew of four was made up of the driver, commander, gunner and bow machine gunner/radio operator. Conditions were decidedly cramped considering internal volume was also taken up by necessary equipment and ammunition stocks. Armament centered around the 37mm M5 (later M6) main gun with coaxial 0.30 caliber M1919A4 Browning machine gun. Four additional 0.30 caliber machine guns were installed including one over the turret, one in the right front of the hull (ball mounting) and the remaining pair in individual side sponsons along the forward superstructure panel. The main gun sat atop a unique mounting in which the gun could traverse some 20-degrees to either side apart from the turret - this gave the gunner some flexibility without needing the entire turret to be turned. The turret was set over midships with the driver seated front-left the hull, the bow gunner to his right and the remaining two crew in/under the turret. The hull crew used hinged vision slots for situational awareness though their forward panel was nearly vertical - shot trap for enemy fire. The track-over-wheel arrangement saw four road wheels used with a front drive sprocket and rear track idler. Overall, the M3 was a classic light tank design of the period, utilizing many established design features seen in competing designs elsewhere.©MilitaryFactory.com
Advertisements

Manufacture of original M3 tanks (also the British Army "Stuart I") saw manufacture until October of 1942 and yielded a stock of 4,526 units. Some 1,285 examples followed that were outfitted with a Guiberson T-1020 series diesel engine but did not receive a different designation. Instead they were named simply as "Light Tank, M3, (Diesel)" to signify their difference. The British Army designated these as the "Stuart II". The M3A1 - "Stuart III" - was brought online in May of 1942 and added a gun stabilizer, powered traversal of the turret and a turret basket. These lacked a turret cupola. 211 were produced with diesel engines ("Stuart IV") of the 4,621 manufacture total.

The definitive M3 of the family became the M3A3 which entered production in September of 1942. These introduced all-new sloped hulls with improved and natural ballistics protection qualities seen on the twin-engine M5 Stuarts. The turret was also revised to incorporate overhang (bustle) for the SCR-508 radio kit while little else was changed. This became the "Stuart V" for the British and totaled 3,427 production units. In fact, many M3A3 units served with foreign forces overseas as opposed to American units.

The end of frontline service for the M3/M3A1 models came in July of 1943 when its line was officially declared obsolete by Army authorities. In its place came the M5 who managed to extend the Stuart story for a little longer. Additionally, many variants based on the M3 chassis existed including a command tank, howitzer carrier, gun carrier, a proposed mine detonator vehicle, and flame tank mounting a flame gun in place of a machine gun.

Operators proved plenty and ranged from Australia and Belgium to Venezuela and Yugoslavia. Some captured examples were operated by the Japanese Army in the Pacific Theater and used during the Battle of Imphal (March-July 1944). Fallout from the Chinese Civil War saw M3s fall to Chinese forces. The Soviet Union, like the United Kingdom, was the recipient of M3 Stuarts thanks to Lend-Lease. The M3 proved a good match for Soviet tactics and an improvement for the then-existing light tanks it had on hand.

It is worth noting the evolution of the M3 line despite its rather short-lived service life. Original turrets used the common construction practice of riveted panel sections which presented all points of weakness at their fittings. Additionally, a direct enemy shot on the armor held a nasty tendency to fire off the rivets within the cramped fighting cabin - to the detriment of the crew within. Some 279 turrets were then completed with "face-hardened" welded armor panels while final examples featured homogenous welded armor - which vastly improved crew safety and protection. Beyond the turret, the first 3,212 M3 tanks were all riveted-hull models with all of its inherent dangers and weaknesses. Welding became apparent in later production forms. Early models also lacked a turret floor.

From this, the M3 was truly an evolved design offering greater capabilities than the preceding M2 line though outmoded by the subsequent M5 and outclassed by the newer M24. At any rate, the little tank gave proper service to a nation just having committed to world war against more seasoned powers than itself. In time, American industrial might and determination would help to rewrite the course of history in removing the scourge of the Axis from all ends of the earth.

Production of M3 Stuarts reached 22,744 examples (some sources state as high as 25,000). Comparatively, M5 production managed "only" 8,884.©MilitaryFactory.com
Note: The above text is EXCLUSIVE to the site www.MilitaryFactory.com. It is the product of many hours of research and work made possible with the help of contributors, veterans, insiders, and topic specialists. If you happen upon this text anywhere else on the internet or in print, please let us know at MilitaryFactory AT gmail DOT com so that we may take appropriate action against the offender / offending site and continue to protect this original work.
Advertisements 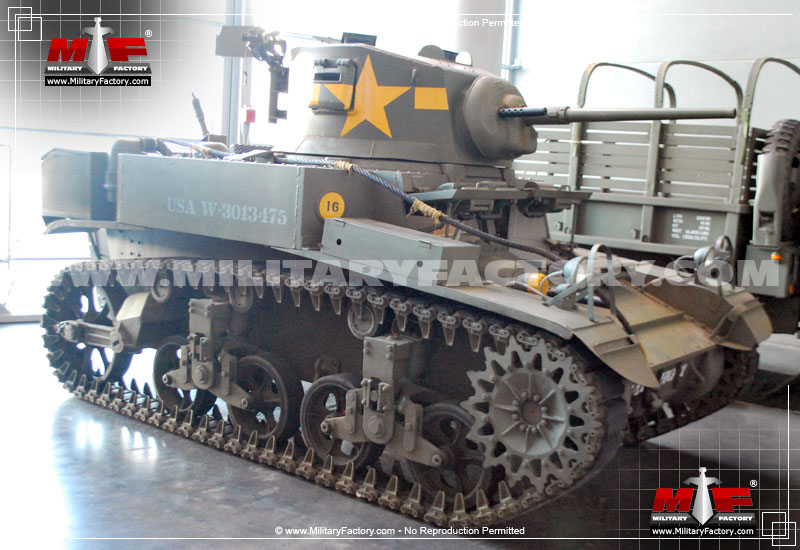 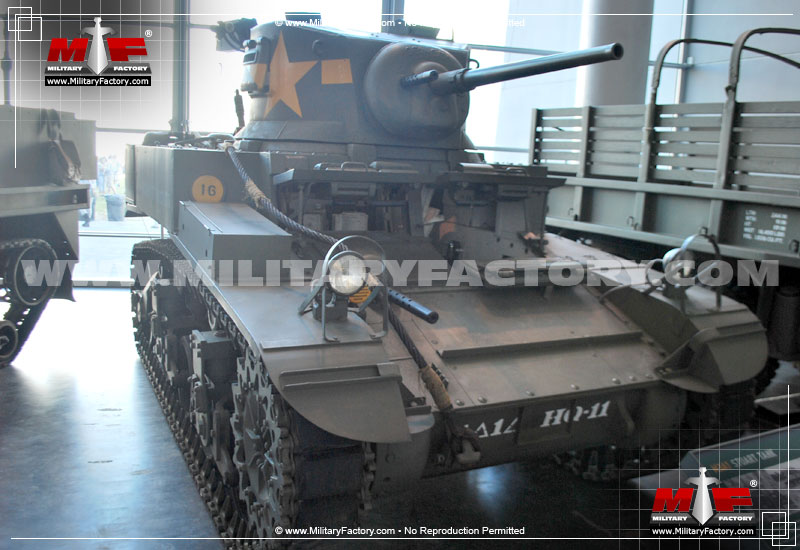 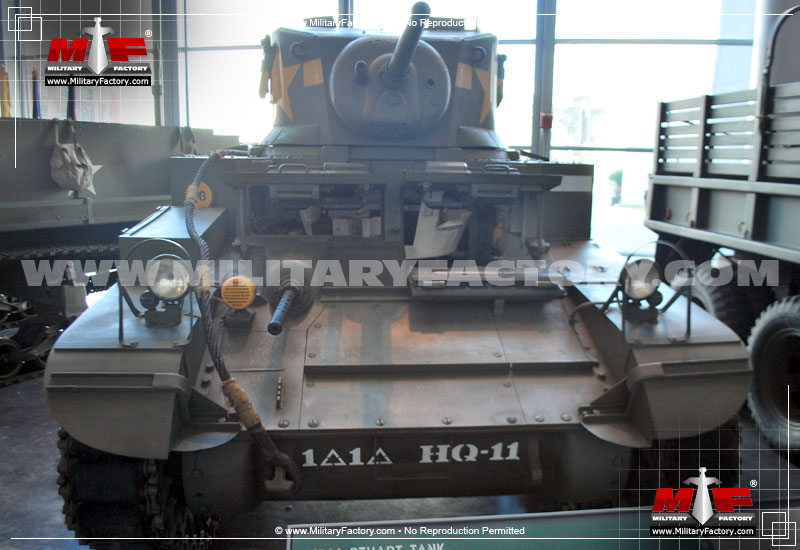 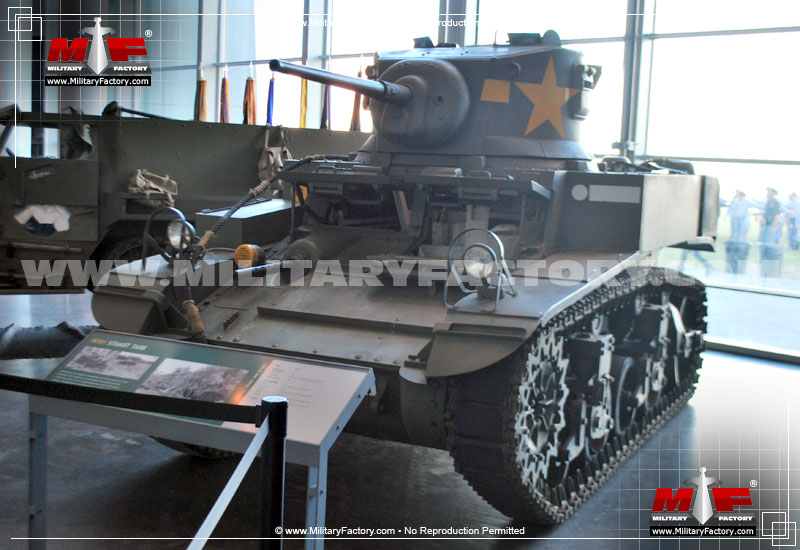 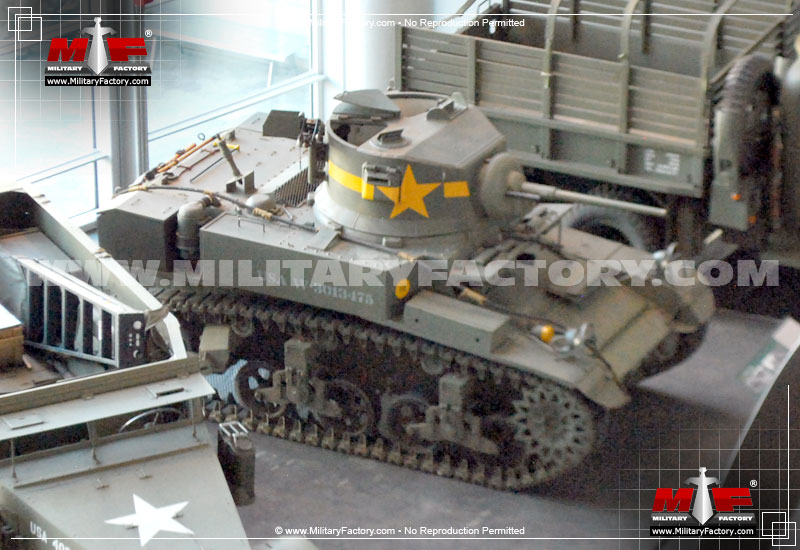 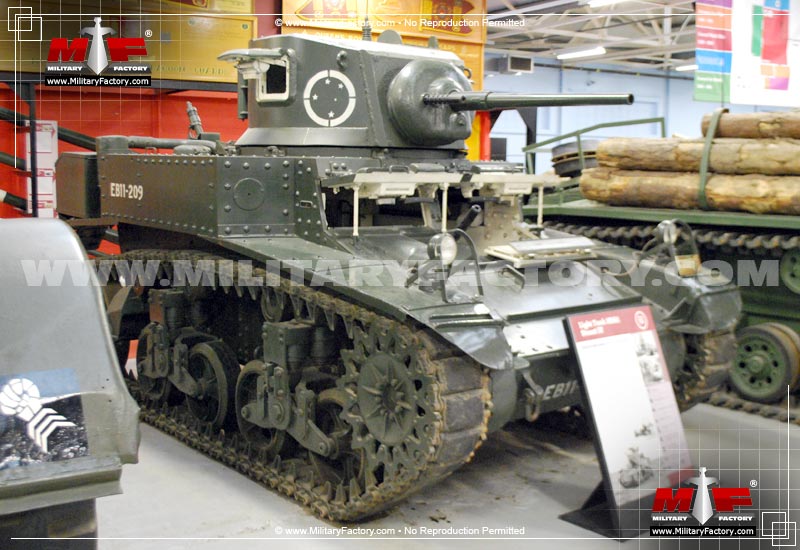 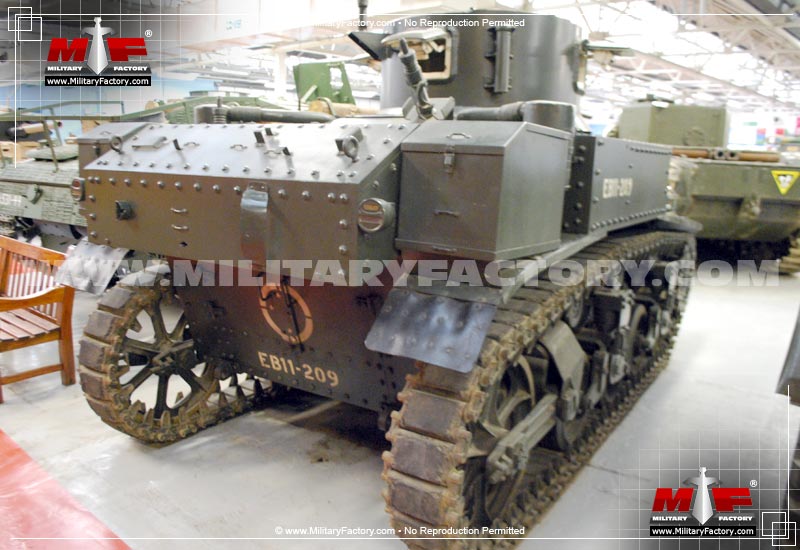