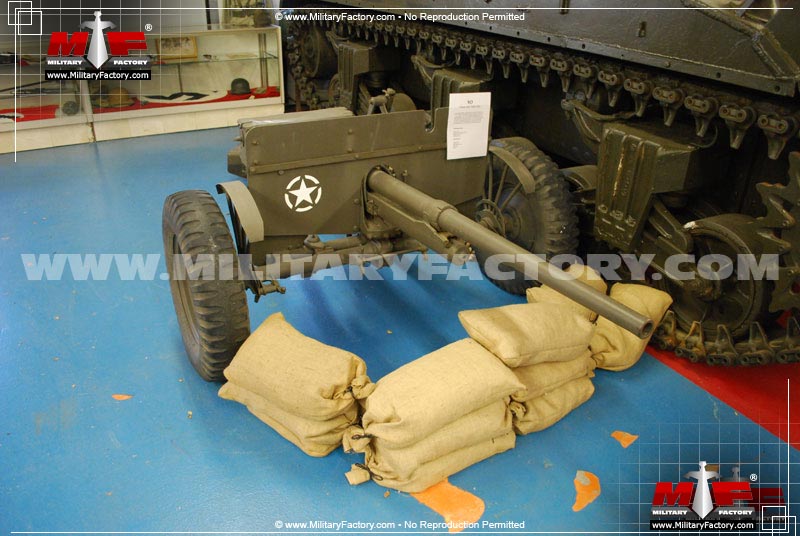 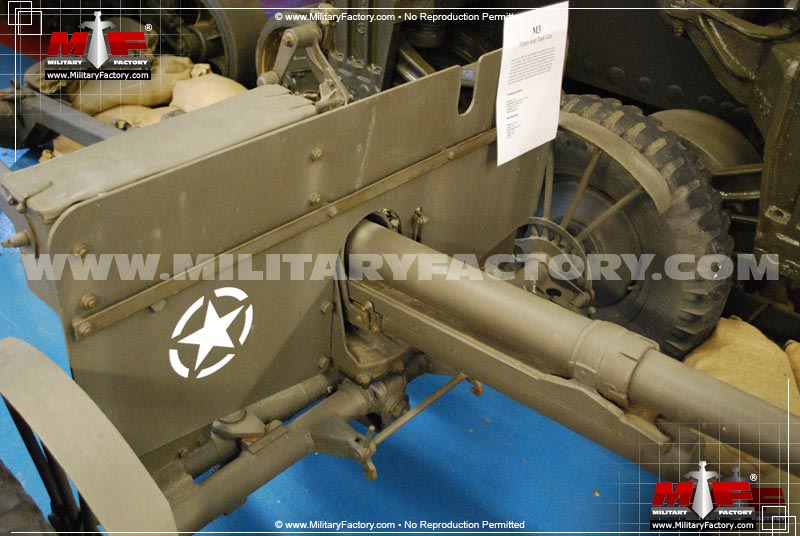 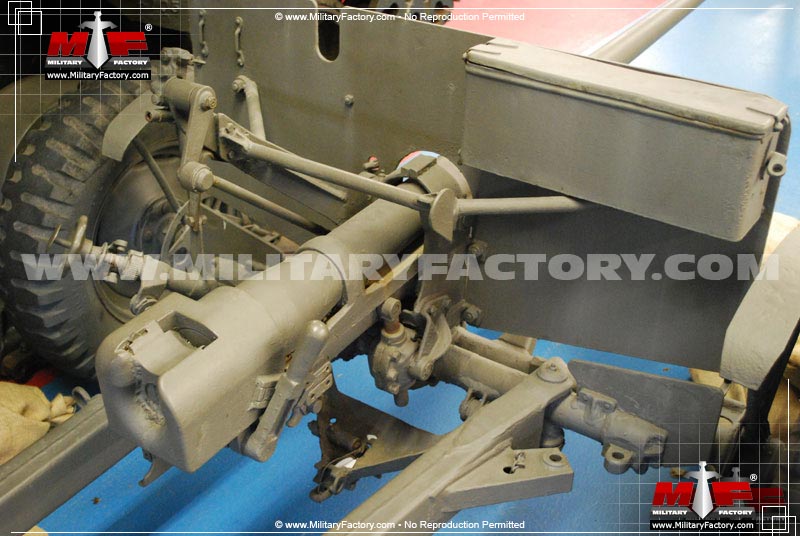 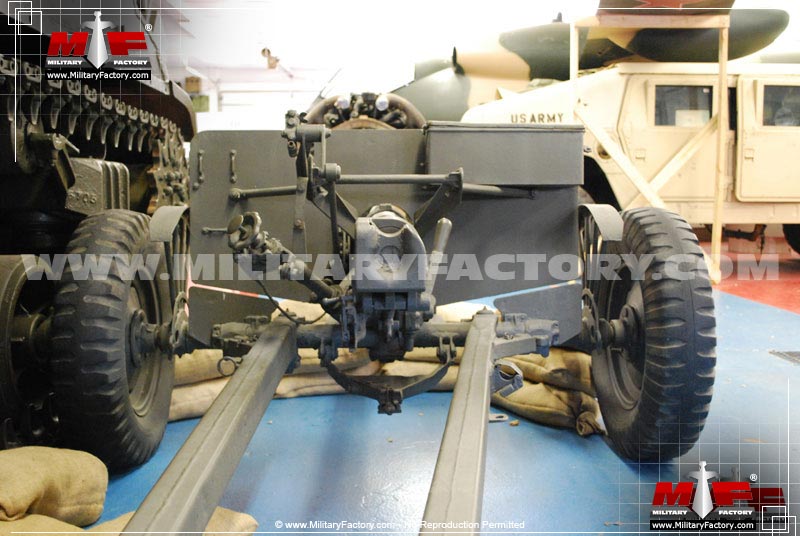 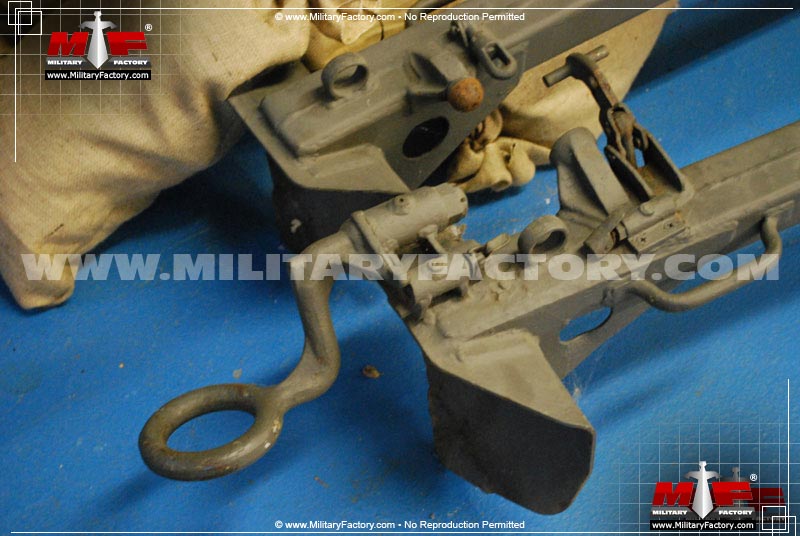 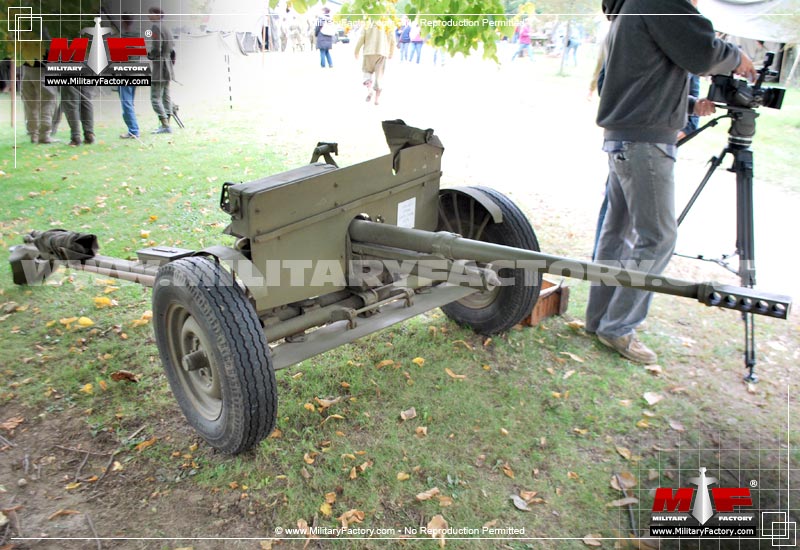 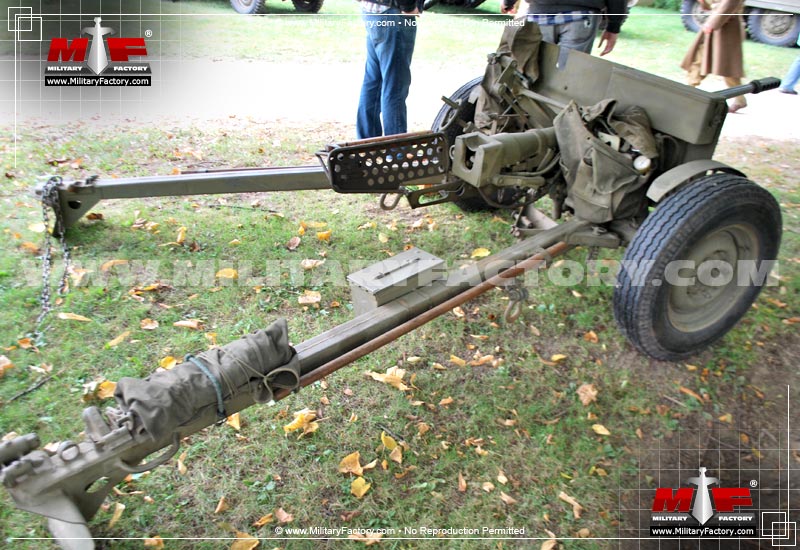 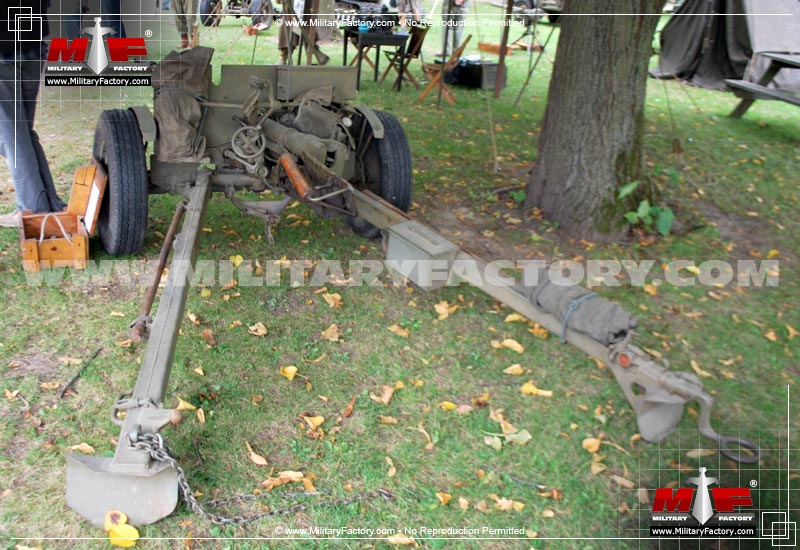 Authored By: JR Potts, AUS 173d AB | Last Edited: 05/02/2017 | Content ©www.MilitaryFactory.com; the following text is exclusive to this site.
Even before World War 2, the United States Army had already begun development of an anti-tank gun. The system was required to weigh less than 1,000 lbs, able to be towed by the standard jeep and field a projectile that could pierce tank armor of the then-current tank systems of the 1930's.

In the development stage, the US War Department, like most national militaries, first looked at foreign guns that met the weapon standards and purchased them or co-opted the desired elements into the existing system to make for a pseudo-indigenous end-product. Two of the field guns being evaluated were the French Hotchkiss 25mm and the German Rheinmetall 37mm gun. In the 1930's, the German gun had the capability of destroying any tank in service anywhere in the world.

In January of 1937, the US Army Ordnance Department assigned the infantry branch to oversee design work. They sought a lightweight gun which could be moved about the battlefield by a crew of 4 to 6 personnel. This desire for mobility restricted use of larger-caliber guns greater than the 37mm. The Army felt confident with the caliber, as did other armies around the globe during the 1930s (to include such types as the Swedish Bofors, Japanese type 94 and Type 1 and both Czechoslovakian vz. 34, vz. 37 guns). As such, the US military opted to go with the German 37mm design as their template, resulting in the American "M3" - a design, despite her origins in the German product, was significantly revised for American use and even used different ammunition.
The gun was manufactured by Watervliet Arsenal, New York that was founded in 1813 (and still in service today, though referred to as "America's Cannon Factory"). The barrel was small enough to be forged as a single unit. The decision of the all-important rifling became 12 right-hand twisted grooves and a single turn in 25 calibers. The breech mechanism selected was of the vertical sliding block type. The square breech ring maintained the breech end of the barrel screwed into it. The breech ring was a solid piece with the center removed to allow the block to slide vertically up and down inside it. The vertical type was liked by the crews because the top face of the block could act as a loading tray for the shell, and the block could not jam the trail if the breech was opened at a high elevation. The breech ring and block were designed to withstand the violent rearward caused by the propellant gas pressure when the gun fired. The mechanism was made up of seven main parts: the breech ring, breech block, gearing (to open and close the breech), breech block buffer, extractors (to remove the empty cartridge), devices to limit movement and safety devices to prevent firing until the block and/or gearing was fully closed.

The carriage was built by the Rock Island Arsenal in Illinois. The arsenal started producing ordnance and other military items in the 1880's and is now the largest government-owned weapons manufacturing arsenal in the United States. The carriage was of a split-trail type with pneumatic air-filled tires allowing for better towing by a jeep or truck. When the gun was detached from the towing vehicle, the crew would move the gun into position for firing by hand. For stability, the wheel segment supports mounted on the axle next to the wheels could be lowered to provide a more stable firing position. They could then be raised before the gun was moved to the next firing position.

The telescopic sight and both elevation and traverse controls of 60 degrees were located along the left side of the system so the gunner could aim the weapon. The maximum elevation was +15 degrees and the maximum depression could be -15 degrees. The traverse gear had a release mechanism which allowed free movement of the barrel in case a quick traverse was needed with the normal 5-man crew. Other than practice and dummy rounds, the primary ammunition used with the M3 were made up of three types - the M51 APC, M63 HE and M2 canister projectiles. The M51 anti-tank armor piercing capped shot shell (APC) which weighted 3.48 lbs (1.579 kg) and had steel shot with a 3-second tracer and could penetrate 2.4 inches of armor at 500 yards with a maximum range of 7,500 yards. The M63 was a "general purpose" high explosive (HE) shell weighing 3.13 lbs (1.420 kg) and having a maximum range of 12,800 yards. The explosive round was encased within a steel covering and fitted 0.85 of a pound of TNT with a BD fuse. The M2 canister anti-personnel round weighed 3.49 lbs (1.583 kg) and contained 122 lead balls.

The US Army organized the M3 within infantry anti-tank battalions. Four 37mm guns were assigned to be towed by 1/4-ton jeeps and twelve such guns had 3/4-ton or 2-1/2-ton trucks as their prime movers. A division fielded twenty-four guns with many of these towed by M2 halftracks. By 1942, the Army had formed its first airborne divisions and forty-four M3's were assigned to field parachute artillery. The new 10th Mountain Division had twenty-five of the 37mm guns assigned to its infantry regiments. During 1942, all Army armored divisions had a total of sixty-eight M3's in service. At the beginning of the war, the Marine Corps was committed to using the 20mm gun for the anti tank role but were furnished the newer, more effective 37mm gun within time. By 1943, the 37mm gun had become the AT weapon of choice of the Marines.

In the Battle of Kasserine Pass of 1943 in North Africa, advanced medium and heavy tanks systems fielded by the Germans had already made the 37mm gun a marginal anti-tank weapon. The M3 did prove useful against lighter Italian armored components, however, and was effective against the smaller Renault R35 tanks throughout the Italian Campaign. Similarly, in the Pacific Theater, the Japanese Army was keen on using light tanks and the M3 proved adequate in stopping them. On Guadalcanal, US Marines and, later, the Army, used the M3 with good results against the Type 95, Type 96, and Type 97 tanks with their 12mm armor. The Japanese "banzai" attacks - essentially suicidal front offenses - were perfect for the canister shot of the M3 and, with the system being very mobile, the gun could relatively easily be directed to fire all over the island and against mountain terrain - no Japanese Army cave or pill box was safe. At the Battle of Tarawa, Marines are known to have picked up a M3 over a five foot seawall to fire directly at Japanese bunkers.

If the M3 proved to have a limitation, it was in her rather smallish shield meant to protect the crew against incoming enemy fire. As a result, American Marines would take it upon themselves to weld additional shielding onto the M3 structure. Though this increased her operational weight, it provided priceless protection for her all-important crew.

The M3's wartime service was exceptional and her reach made sure she would be remembered in World War 2 history. Her combat forays made for great marketing and she was introduced within the inventories of foreign nations within time including many American-allied nations in South America. Despite being phased out of service with the American Army soon after the end of World War 2, the M3 survived in a frontline role with other armies into 1970.

T3 was used as the prototype designation. T7 was another prototype but this fitted with a semi-automatic sliding breech. The T8 was yet another prototype but differed in fitting a Nordenfelt sliding breech. The T9 prototype was a 37mm automatic cannon that became the M4 production model. The M10 prototype became the M3 production model and sported the manual vertical block breech. The M3 designation signified the base production series family line. The M3A1 was noted for the introduction of a threaded barrel to accept an optional muzzle brake - this being introduced in 1942. The M5 was a tank-mounted version of the M3 gun with a shorter barrel and introduced in 1939. The M6 was another tank-mounted version with the original barrel length, a semi-automatic breech and introduction beginning in 1940.

(Not all weapon types may be represented in the showcase above)
Dependent on ammunition type and carrier.