The American M41 Walker Bulldog Light Tank began production in 1950 and ended to the tune of some 3,728 examples produced. 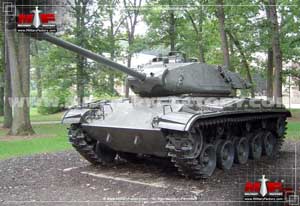 The M41 was designed and developed as the direct successor to the World War 2-era M24 Chaffee light tank. The M24 served a valuable purpose in the war but its main gun armament was soon found to be rather ineffective against the stouter late-war German tank designs and, thusly, its tactical reach became inherently limited. After the war, a main US Army adversary would become the fabled T34 medium tank of the Soviets, by which time the type had now been upgunned with an 85mm main gun. As such, design work on a new air-transportable light tank featuring better armament began in 1949 and resulted in the "T37" pilot vehicle of conventional layout and arrangement. Like the M24 before it, the T37 was designed to be as light as possible for its particular tank classification, resulting in the reduction of critical armor protection for the crew and systems alike. Experience with the proven American 76mm main gun saw this armament as the focus of the T37 prototype. Interestingly, the T37 showcased a new-fangled rangefinder for the main gun but this proved too complicated for the design and was simplified to create the "T41" pilot vehicle. After completing the requisite evaluations, the T41 was formally accepted into service as the "M41 Little Bulldog" with production ramping up at the Cadillac Cleveland Tank Plant in 1951. It was only after the death of US 8th Army General Walton W. Walker, lost to a jeep accident during the Korean War on December 23rd, 1950, that the "Little Bulldog" was renamed in his honor to "Walker Bulldog". By 1953, the M41 Walker Bulldog was available in enough numbers to officially replace the outgoing M24 series in the US Army inventory. The M41 was fielded (as the T41) on a limited basis in the Korea War.

Outwardly, the M41 was consistent with US Army design doctrine of the time. The tank was given a stout hull atop a tracked chassis with the driver in front, the turret at center and the engine in the rear. There were five double-tired road wheels to a track side with the drive sprocket at the rear and the track idler fitted to the front. Three track return rollers supported the upper region of the track system. The suspension system was of the torsion variety, allowing for adequate cross-country travel. The driver sat in a forward-left position in the forward hull under an armored hatch sporting three vision blocks, the compartment fitted under a well-sloped glacis plate. The turret was also well sloped with thick sides tapering towards the turret roof. The M41 was crewed by four personnel made up of the driver, tank commander, gunlayer (gunner) and dedicated loader. By this time in history, US tanks had dropped the designated bow gunner/radio operator from its designs. Armor protection for the crew was up to 1.5 inches (38mm) in thickness.

Power was supplied by the fitting of a single Continental AOS 895-3 series 6-cylinder, gasoline-fueled engine delivering 500 horsepower. This provided the tank with a top road speed of 45 miles per hour on ideal ground and up to 100 miles of operational range. The end result produced a nimble vehicle with adequate firepower for the threats of the modern battlefield though the Continental powerplant was thirsty which limited ranges and also noted for its high decibel levels during operation - a deficiency when the element of surprise was in play. Additionally, the average American tanker found the internal conditions rather cramped. In whole, the vehicle weighed in at just under 24 tons, maintained a length of 19 feet meters and a height just under 9 feet and proved reliable, robust and easy-to-handle.
Advertisements

Primary armament of the M41 was a 76mm M32 series main gun fitted to the traversing electrically-powered (later hydraulically-powered) turret. A Browning M1914A4 7.62mm (.30 caliber) machine gun was fitted in a coaxial mounting alongside the main gun and operated by the gunner. A trainable 12.7mm (.50 caliber) Browning M2 heavy machine gun could be mounted atop the turret at the commander's hatch to help counter low-flying aerial threats or light-armored enemy vehicles.

In all, the M41 appeared in several notable variants beginning with the base M41 production model of 1951. 1953 saw the arrival of the M41A1 which was completed with a hydraulically-powered turret over that of the original's electrically-driven one. The new turret power center proved more compact and allowed an increased in internal storage volume for the required 76mm projectiles - increased from 57 rounds to 65 rounds. The M41A2 arrived in 1956 and sported a Continental AOS 895-3 6-cylinder gasoline engine featuring fuel injection. Earlier M41 forms were also brought up to feature this new powerplant standard. The M41A3 designation was used to simply mark M41A1 production models brought up to the M41A2 engine standard. The chassis of the M41 was then used in the development of the M41 "Duster" of 1942 - and mobile air defense weapon fitting 2 x 40mm Bofors cannons. Other nations took to upgrading their M41s under various programs as well and included such additions as indigenous main guns, differing powerplants and Explosive Reactive Armor (ERA). Many of these have since been retired by their respective owners when defense budgets allowed an affordable modern upgrade.

Beyond the Korean War, the M41 would later see combat actions in the Vietnam War - a conflict not to be decided by armor actions as in previous wars. South Vietnamese forces were equipped with the type, having received them in some number from the French. These M41s acquitted themselves quite well, a testament to the original American design and the Vietnamese tanker crews within. Ultimately, the war proved a losing effort for the Americans and the South, resulting in withdrawal for the former and capitulation for the latter.

In US Army service the M41 series was formally replaced by the newer M48 "Patton" medium tank series. The M41 continued widespread use, however, for it was delivered in over 1,500 examples to the inventories of several nations around the globe. Some of the largest foreign operators became Taiwan, Brazil and Thailand. Even today, some forces continue to operate the M41 despite its operating costs and ages-old technologies. 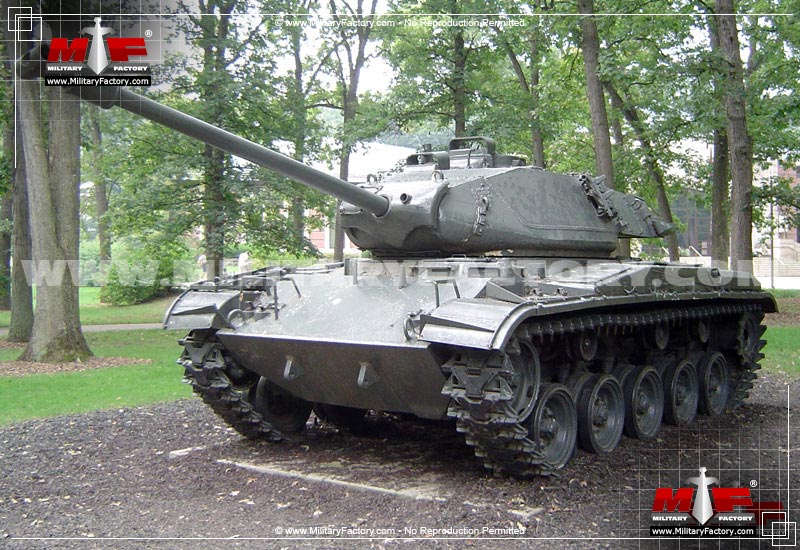 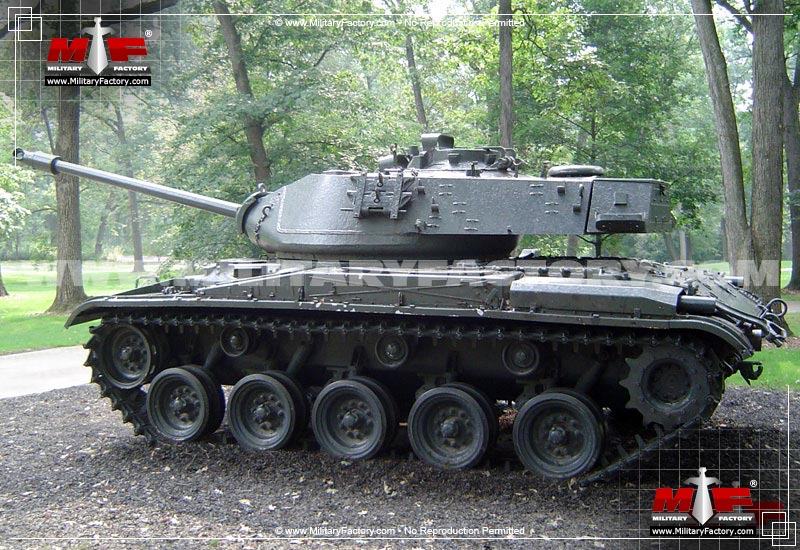 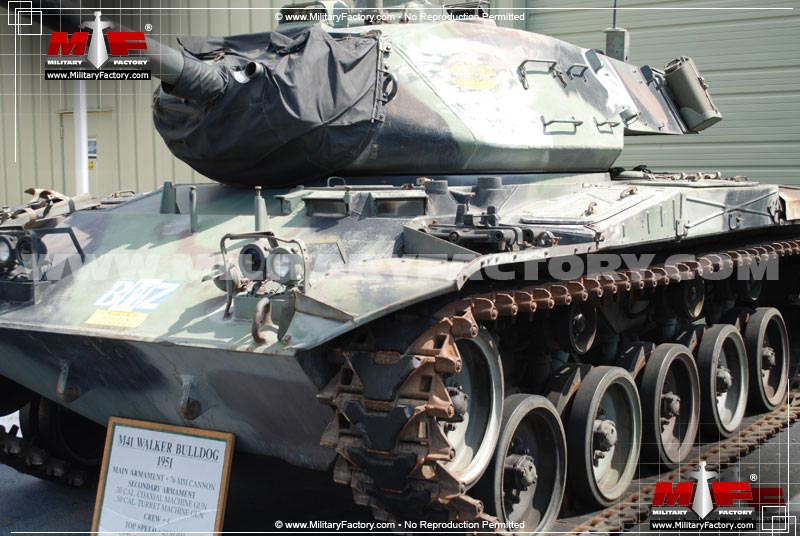 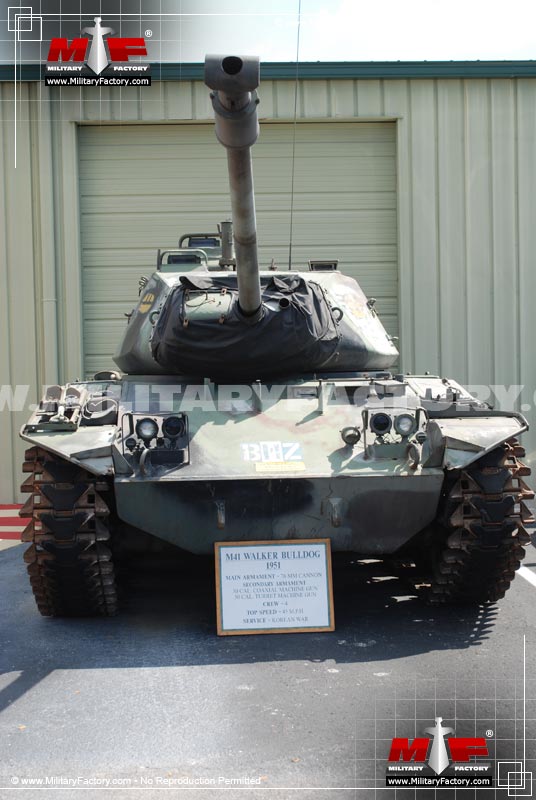 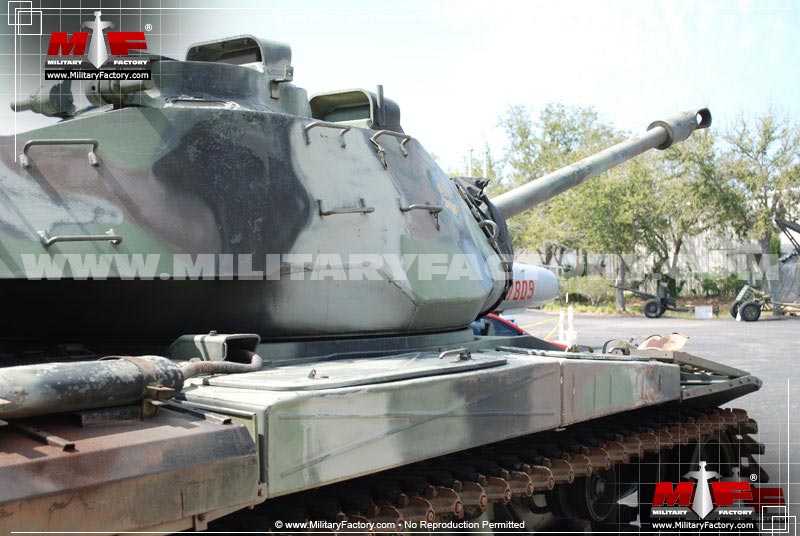 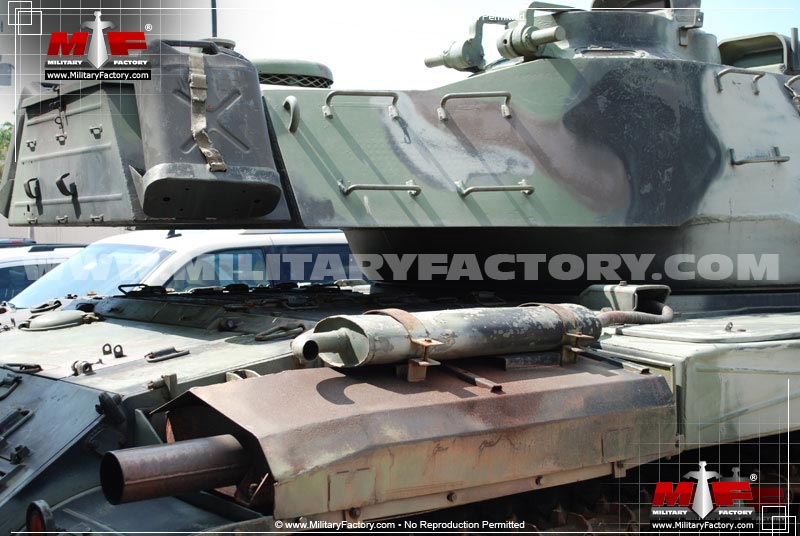 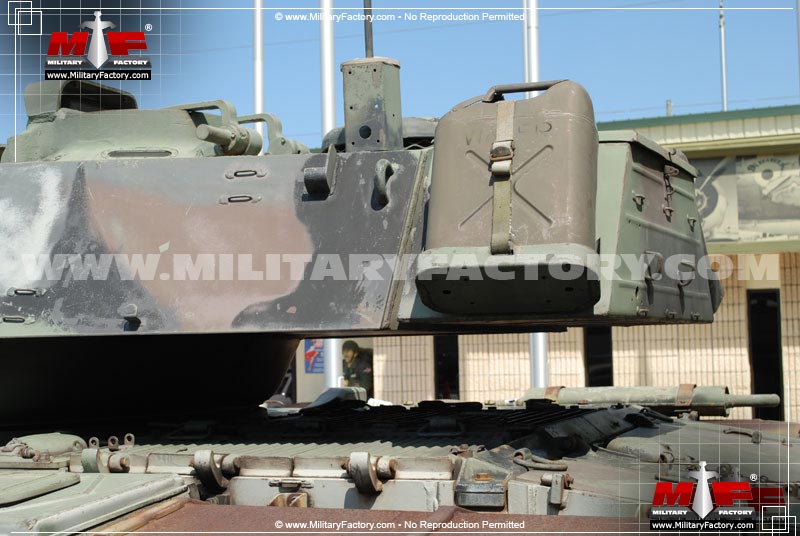 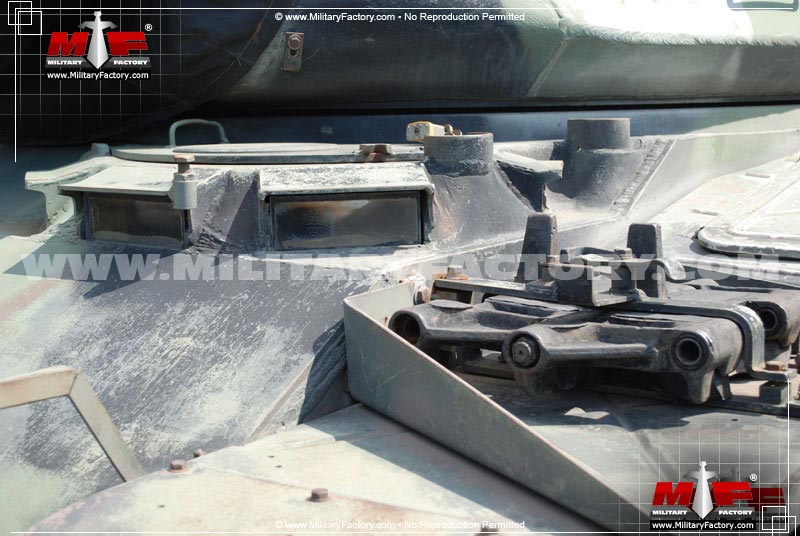 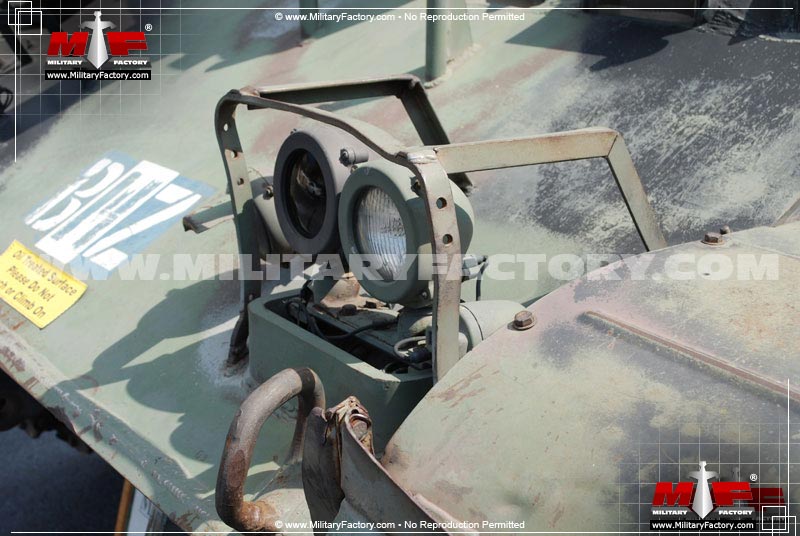 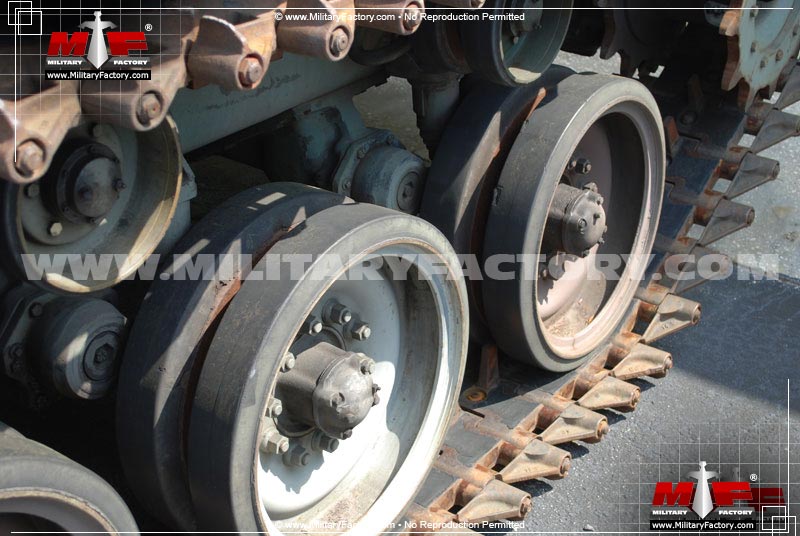 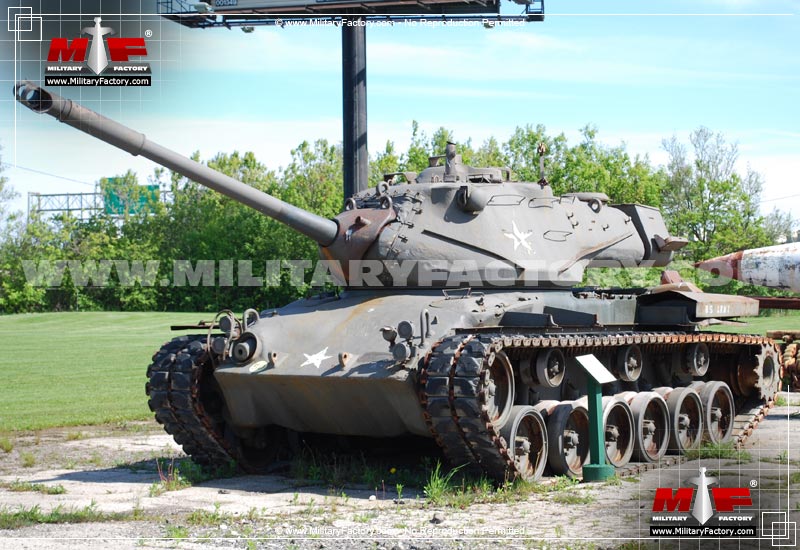 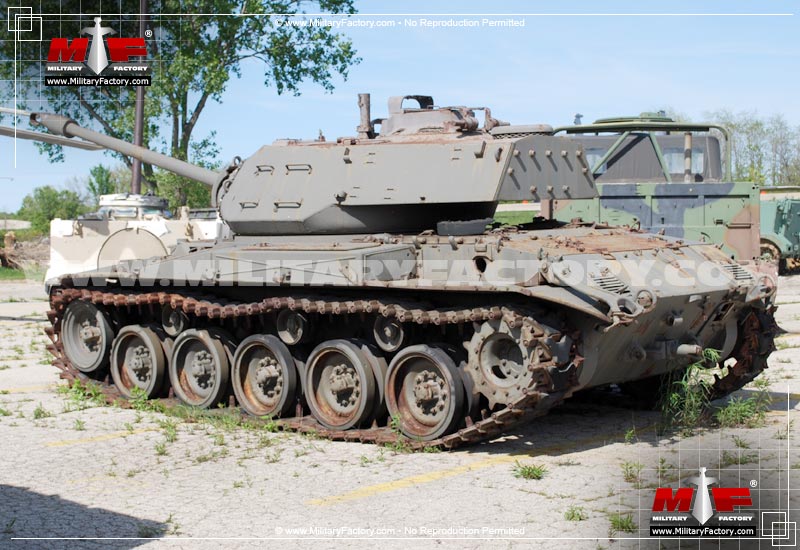 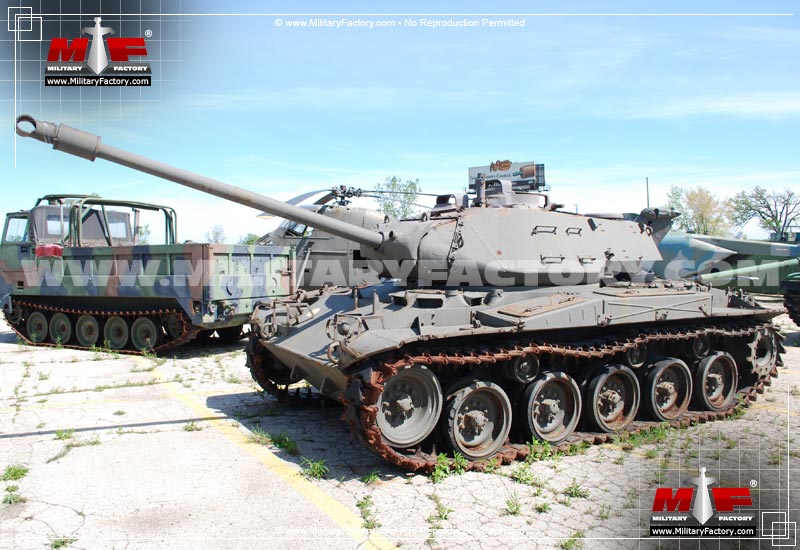 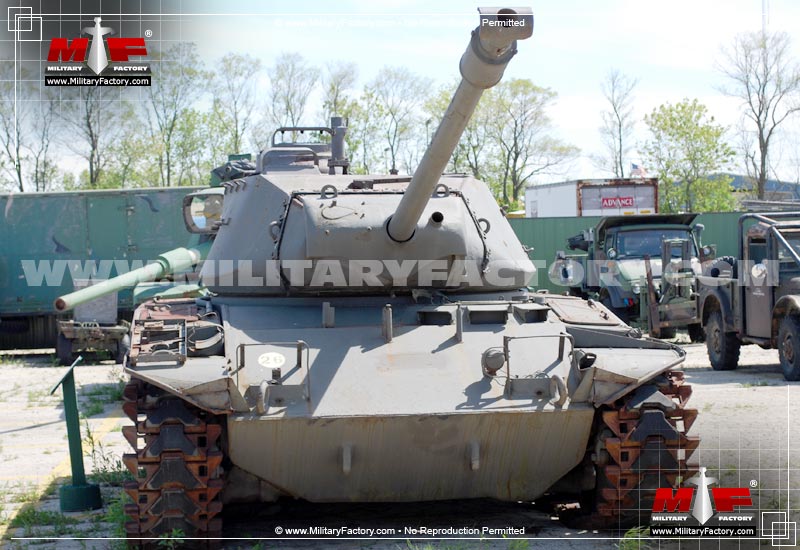 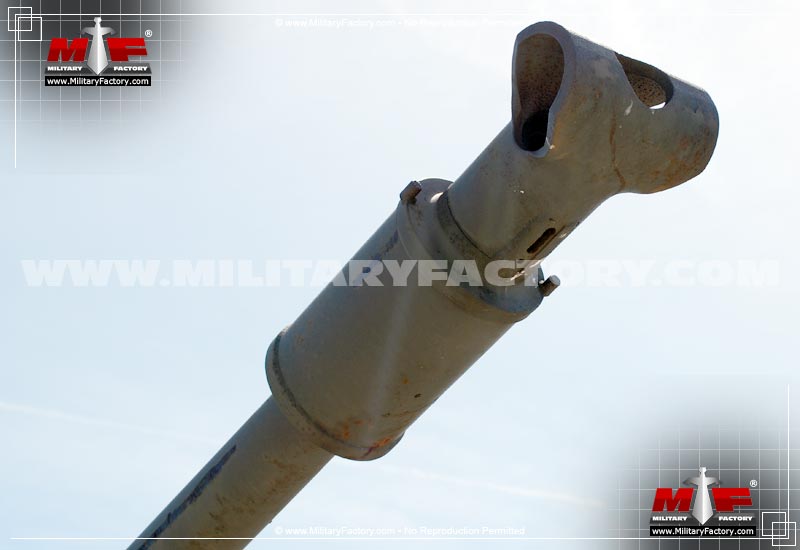